So much for wishing away mosquitoes...  Oh well.  Bird lovers have endured the annoyances of the trail, an off the trail, in order to sneak some moments in the birds' world.  We eventually found a breeze when we crossed the marsh and were treated to three BIG bird sightings (Osprey, Great Blue Heron, Red-tailed Hawk )  We did have a great viewing of an Eastern Phoebe, who seemed to be posing for photos this way and that.  Pretty cute.  Most of the photos below are Rick's & are credited as such.  How do I thank you for those Rick?!  I greatly appreciate it.  I do not have the talent of taking a decent photo when I hear the mosquito buzzing in my ear.  My swatting instinct is too strong.  I love this weather, I just wish those stinkin' bugs didn't.  The birds are always there though.... (double click photos to enlarge) 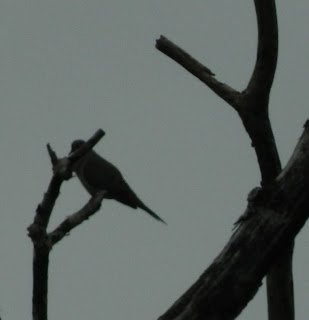 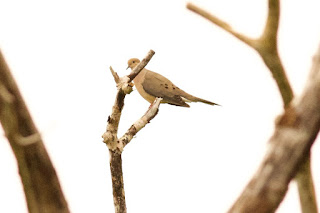 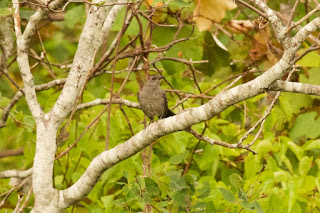 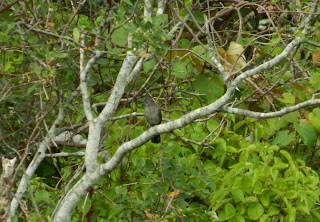 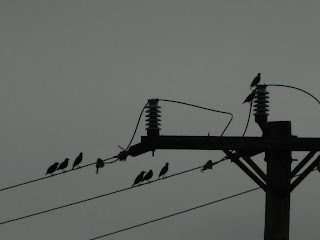 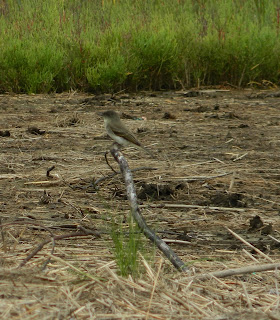 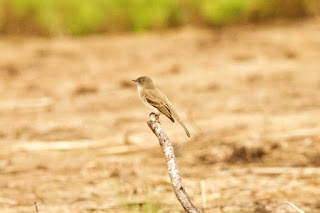 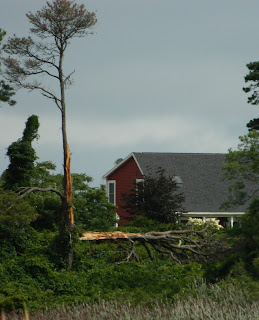 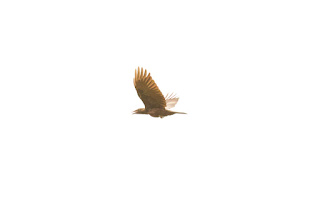 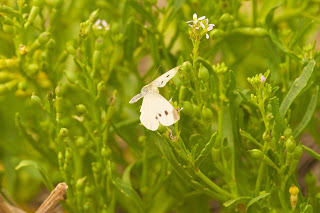 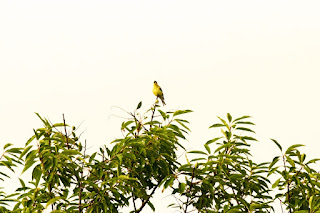 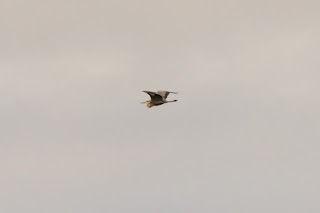 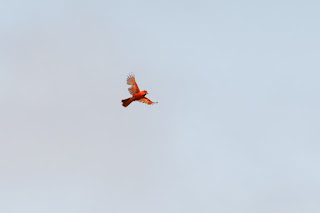 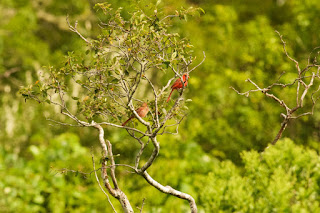 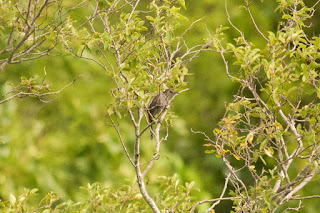 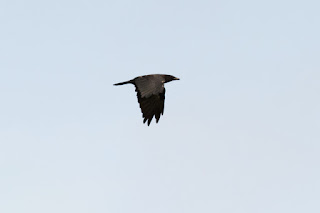 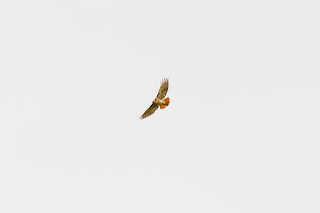 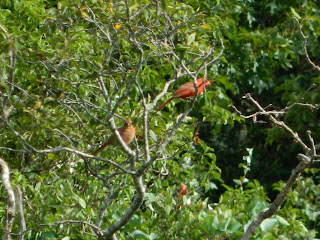