September is the favorite month of many locals, gorgeous weather, fewer crowds, less short cuts taken in our driving routes... Cape Cod has beauty to share year round!  The marsh wasn't too squishy, even though we were crossing it just an hour after high tide.  It was crazy at first and then slightly sad watching a Red-winged Blackbird take off - NO TAIL!  He definitely appeared to be relatively OK, but no bird lover wants to see an injured creature. Birds can evoke empathy in many ways.  It's sad to see something you basically can do nothing about to help.  Hopefully that guy will be alright, and find a flock who'll have him share in their safety.  There were just a few swallows to observe, darting this way and that, the way they do.  We saw a few near bird-sized dragonflies who managed to zip by, uneaten.  HUGE!  The Osprey were nowhere to be seen or heard... sigh.  The end of summer brings me down, I have to admit. Summer is worth celebrating here, with the beaches and what a PERFECT season of weather we've had!  Back to the birds though, we heard an Eastern Towhee as we approached the woods on the Wing Island Trail, though we barely caught a glimpse of him. It seemed he was not in the mood for photos.  We were able to make it to the beach due to the lack of normal distractions on the trail.  The gulls were resting and preening and sunbathing, along with a tern or two.  I can only imagine what the beach goers on the other side of Quivett Creek were thinking with 15 of us pointing and aiming binoculars in their direction across the water!  Sunny is always a nice way to start your day.  We were lucky once again. (double-click photos to enlarge) 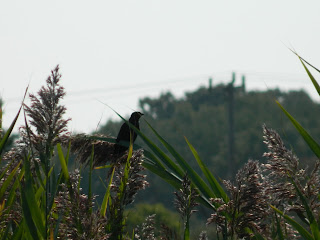 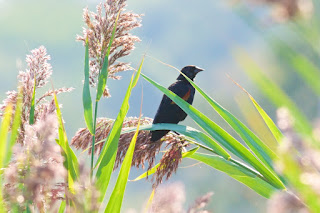 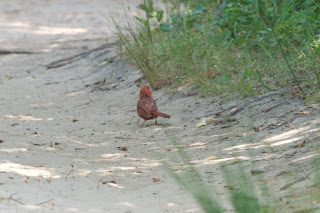 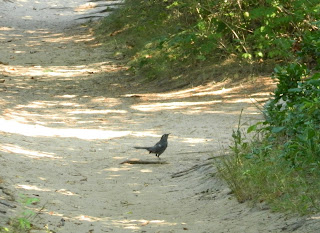 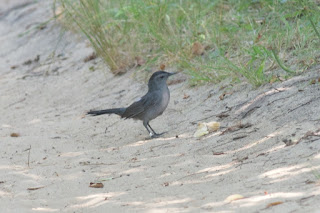 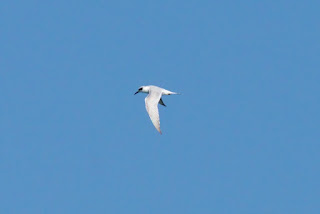 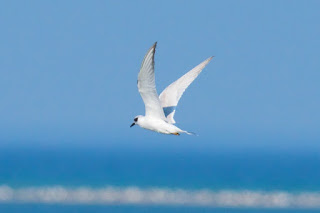 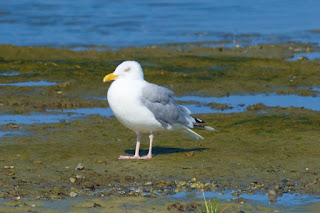 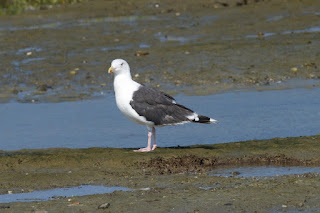 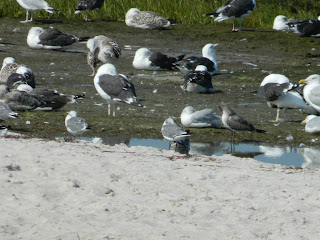 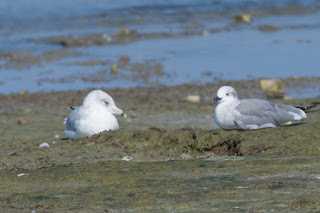 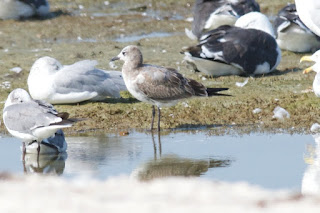 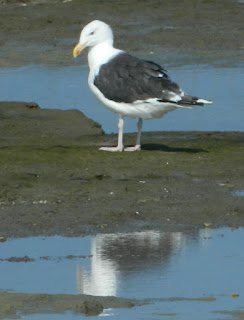 I will always think gulls are beautiful.