The KidSummer bird nerds have been asking all week about visiting the aquarium here at the museum, so I made sure that was our first stop this morning before we headed out on our bird walk.  They were delighted to once again have mostly private access to the tanks and the interactive exhibits at every turn.  When we took a quick snack & water break before our walk, we discussed recycling and what happens when we don't recycle & just throw things away.  The garbage patches in the sea were brought up as well.  I can barely discuss those areas without getting crazy.  Knowing they exist hurts me in my soul, and I know because I'm human, I am part of the problem.  I hope young inspired minds can figure out a pollution solution.  We need to turn off the plastic "switch"... I don't know how.

Back to birds!  Once you're observing birds (or any living wild thing) in its natural habitat, you can consider yourself a scientist.  Today we brought along a bird behavior scavenger hunt on our walk.  Many observations were made, and it was as if the Osprey knew what we were up to!  They gave us quite a show as we began our walk.   It is oftentimes difficult to cover too much territory when you're watching birds, because when you're surrounded, why move?  We picked up the pace in hopes of making it to the beach.  We never made it because we took a lot of time in the aquarium earlier, we lost a bit of walk time.  I still had to show them eBird so they could continue to contribute to Citizen Science through their own birdwatching wherever they get to do it!   Another memorable week!  I am SO proud of these bird nerds! (double click photos to enlarge) 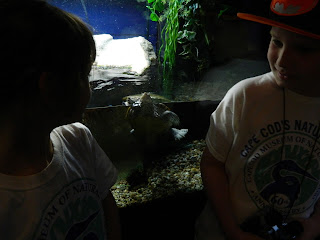 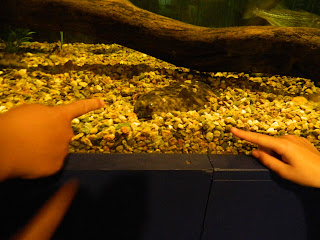 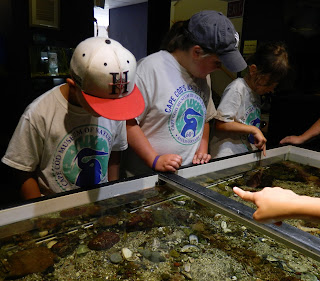 Checking out the tidal pool exhibit 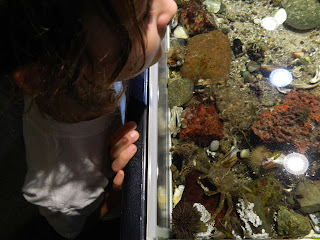 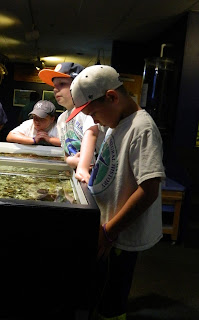 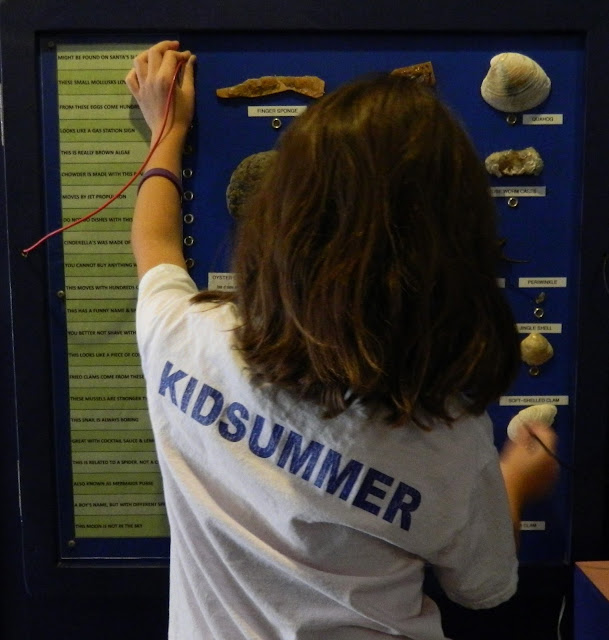 Quiz yourself with Q&A about ocean invertebrates...an all-time favorite for museum visitors. 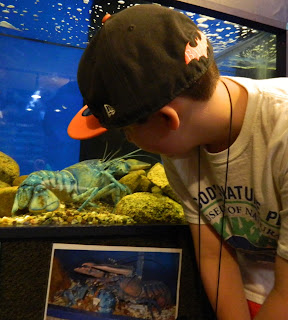 Blue lobster!  Another star of the show at CCMNH! 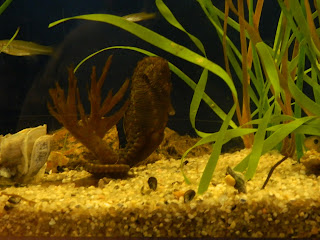 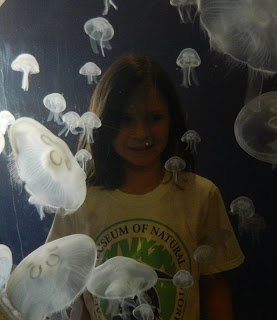 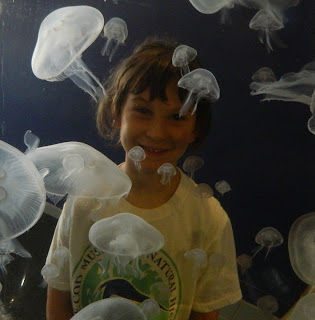 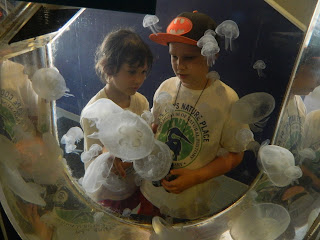 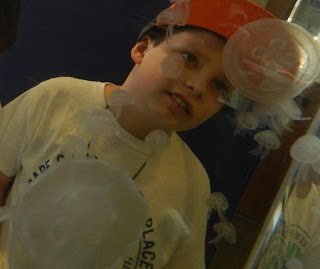 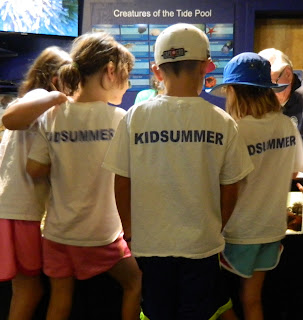 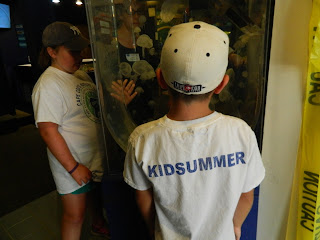 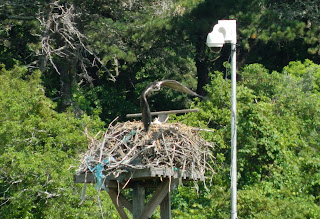 Osprey taking off from the enormous nest. 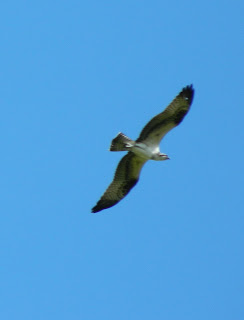 They will have migrated in about a month. 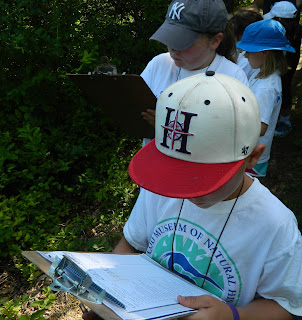 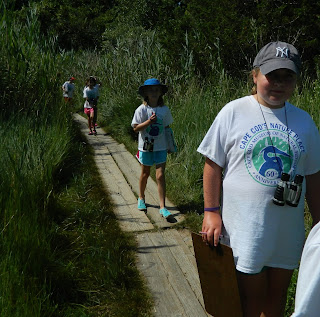 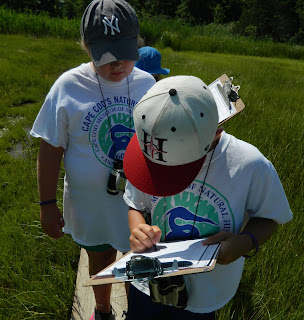 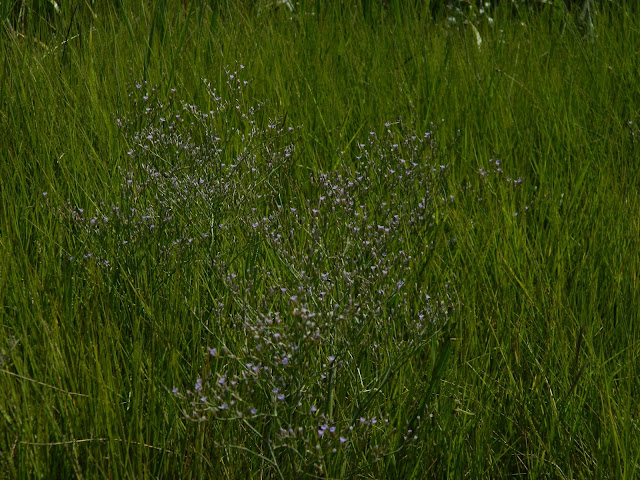 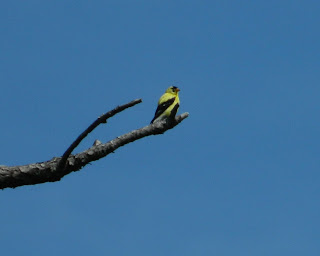 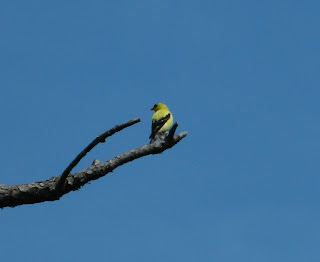 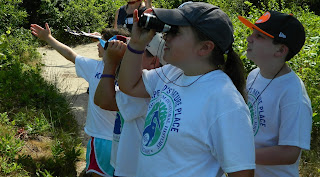 Keep using those binoculars bird nerds!
Thanks for spending the week with me - it was an adventure!

Happy Summer KidSummer Kids!  Hope to see some of your eBird findings lists!
Posted by cape cod bird nerd at 9:45 AM