As a storm approached, we opted for an earlier walk with time indoors to follow.  We had just finished our hour long bird walk as the rains began!  They worked as teams on the Bird Spy Bingo game I have, which has several options of what you might notice either birds themselves, or evidence of birds. One of the stop offs we had was the outdoor exhibit about how long it takes certain materials to decompose... It's overwhelming to think that plastic and glass last forever.  I asked them if any of them had heard of the ocean garbage patches?  Even mentioning this concept nearly puts a lump in my throat.  It's difficult for me to discuss because simply by living in this age and time, I am certainly a human contributor to this disaster in the sea.  It's overwhelming.  I am adamant about discussing it with children, not to horrify them, but in the hopes that they may have a bright idea someday to come up with a pollution solution.

On to the birds!  We had the luxury of periodically watching the European Starlings flock over the marsh.  It's such a sight and much more of a video moment than still photo moment... of course I try...   We could see the storm clouds approaching so we didn't go to far and we ended up on what I like to call the secret trail that loops into the east end of the marsh near the end of the parking lot.  Man were WE surprised when a small group (family?) of Yellow Warblers flew RIGHT at us!  I don't think they meant to, but our presence was enough to startle them from one spot to another eventually headed directly at us then looping around.  It was WAY COOL!  Those bird nerds LOVED IT!  I was hoping for a closer glimpse of the Belted Kingfisher we spotted from a distance, but no luck.
We also paused at the Nature Play area outdoors at the museum.  There's an area where you're challenged to make a nest like the osprey given similar items and materials, like sticks, string, even discarded fishing nets.  They speculated that one nest was better than another based on its structure.  Tomorrow we're going to test their theories to see how the nests held up in the stormy weather today.   We looked at different kinds of nests when we got inside, and I always ask, "Imagine building THIS with your feet and your face..."
Birds are smart and they are adept engineers.  (double click images to enlarge) 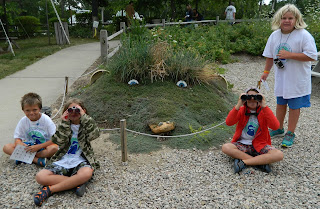 Everyone loves the Garden Troll 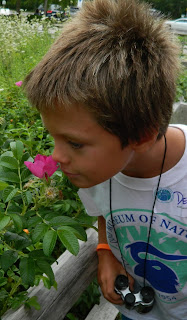 One of the best Cape Cod scents...rosa rugosa 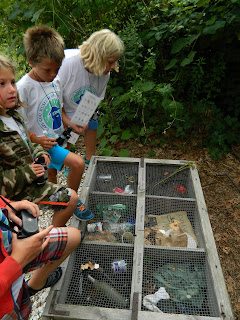 How long does it take for items to decompose? 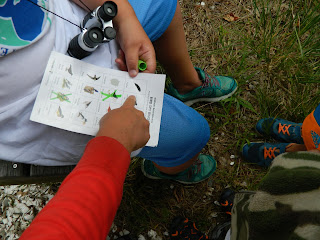 Working together with Bird Spy Bingo 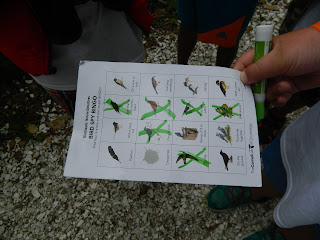 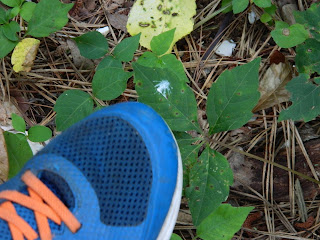 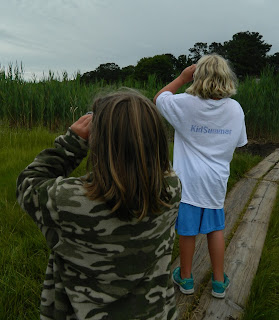 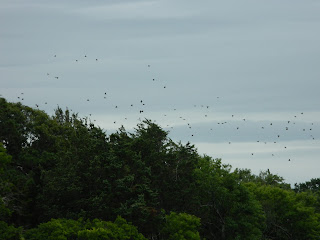 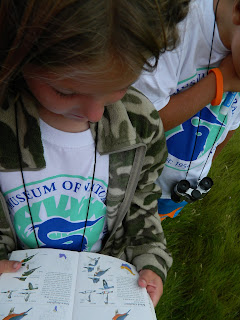 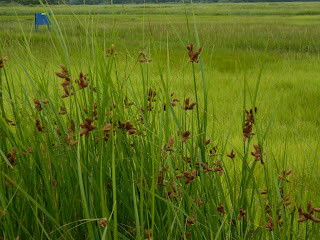 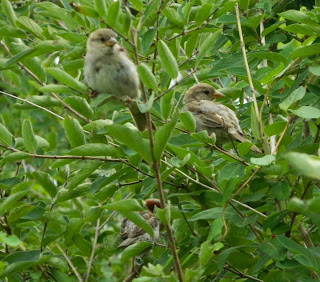 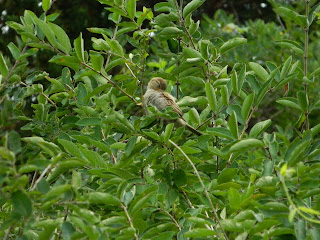 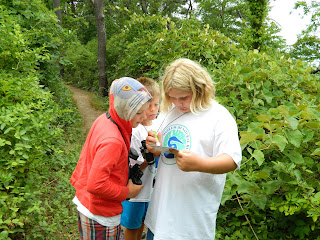 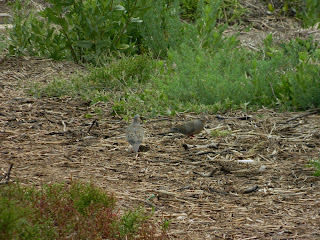 Mourning Doves on the marsh 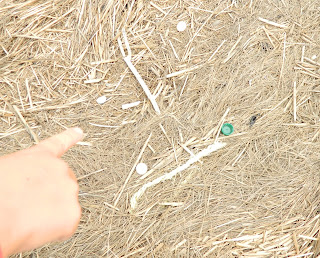 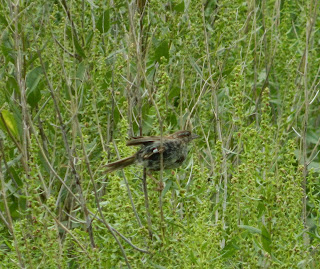 Song Sparrow - don't miss her right leg, it's banded.
I also believe the large spot she has is a brood patch. 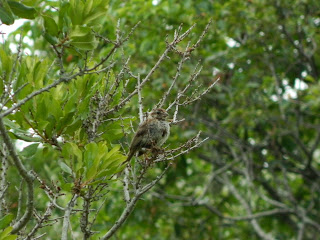 If that is a brood patch, you can really sit it here.
Same bird. Same banded leg. 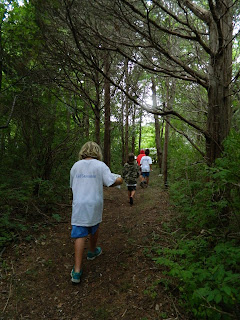 Hiking through the cedars on the secret trail 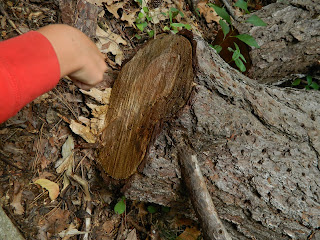 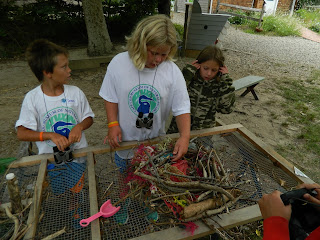 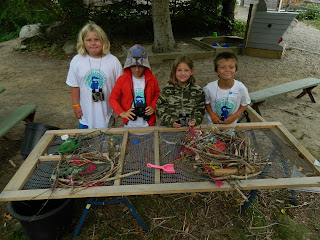 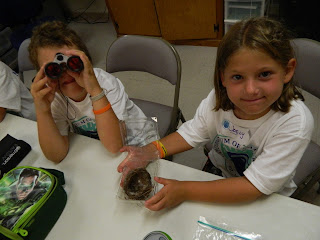 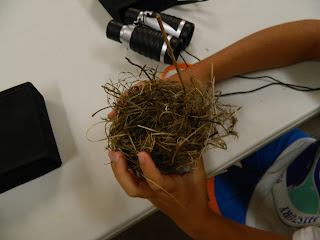 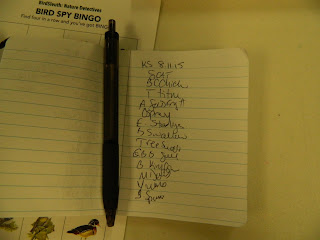 My abbreviated bird lists from our bird walk today