"Off to the bay!" was our motivation today.  What a treat to have the earth so calm without any wind.  The peaceful weather has a calming affect on hikers I feel because I did NOT want to wrap up this walk.  It helped to not have the wind biting us, or the birds!  My photos are less than fantastic, and slightly blurry due to distance - which is why I didn't even attempt to get the Common Eider - he was too far out, and hmmm... solitary.  We got a nice in-flight glimpse of a Red-breasted Merganser female as she flapped madly out of Quivett Creek and onto the bay.  The colors that surrounded us, muted as they were, made me feel as though we were surrounded by a simple serene canvas.  Tuesday Tweets lifts my mood no matter how the day begins.  Photo credits to Rick as listed. (double click photos to enlarge) 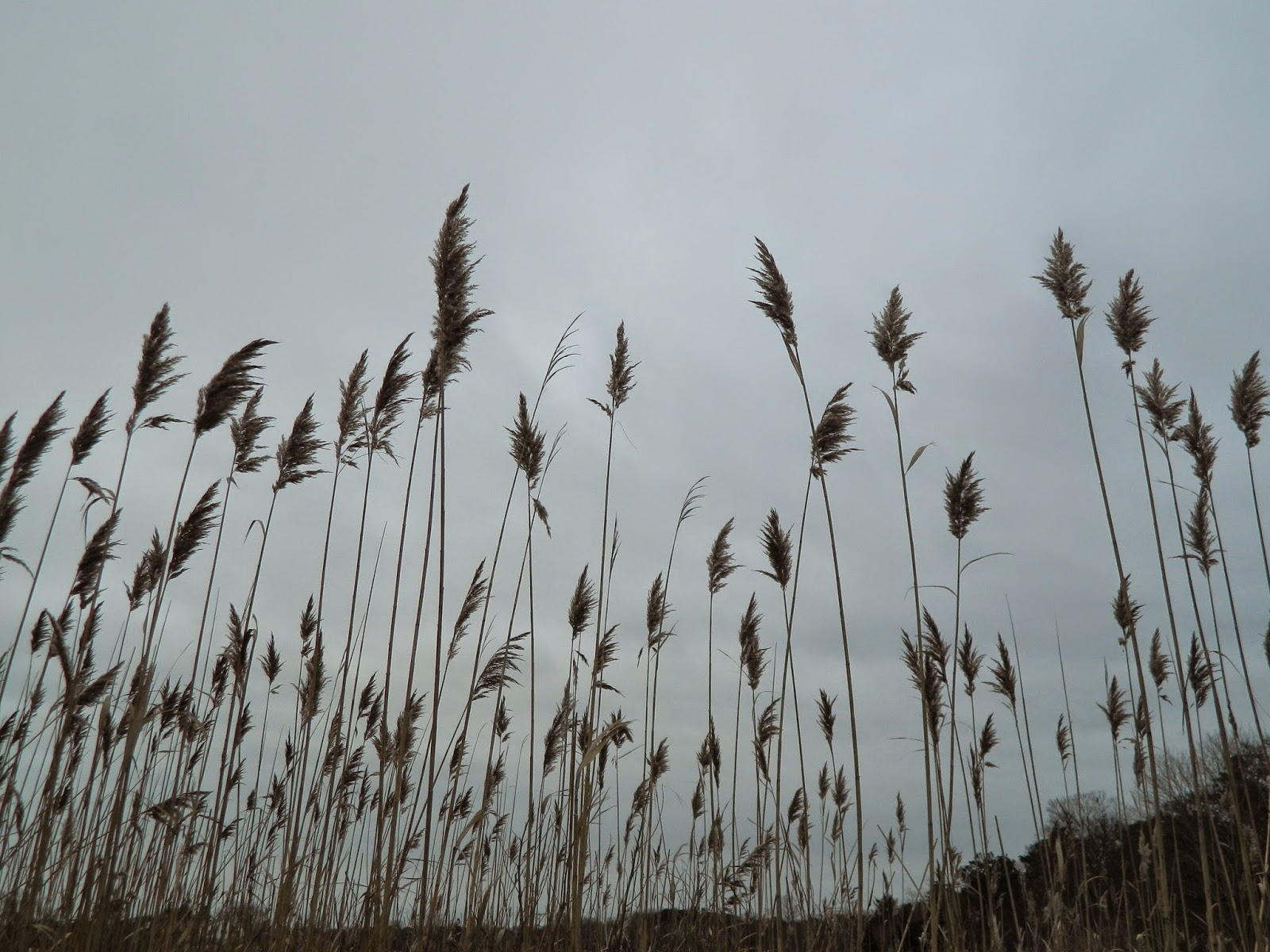 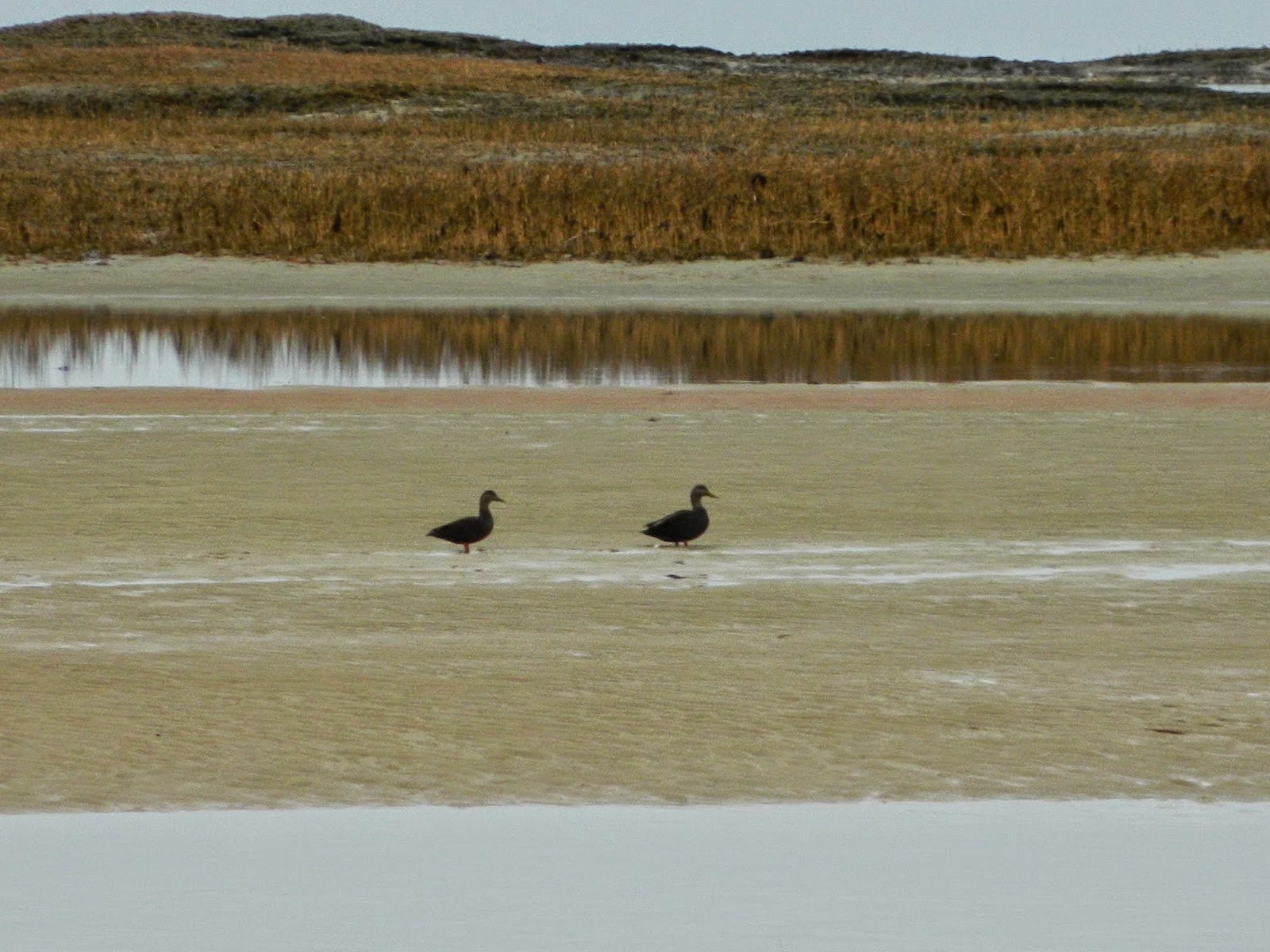 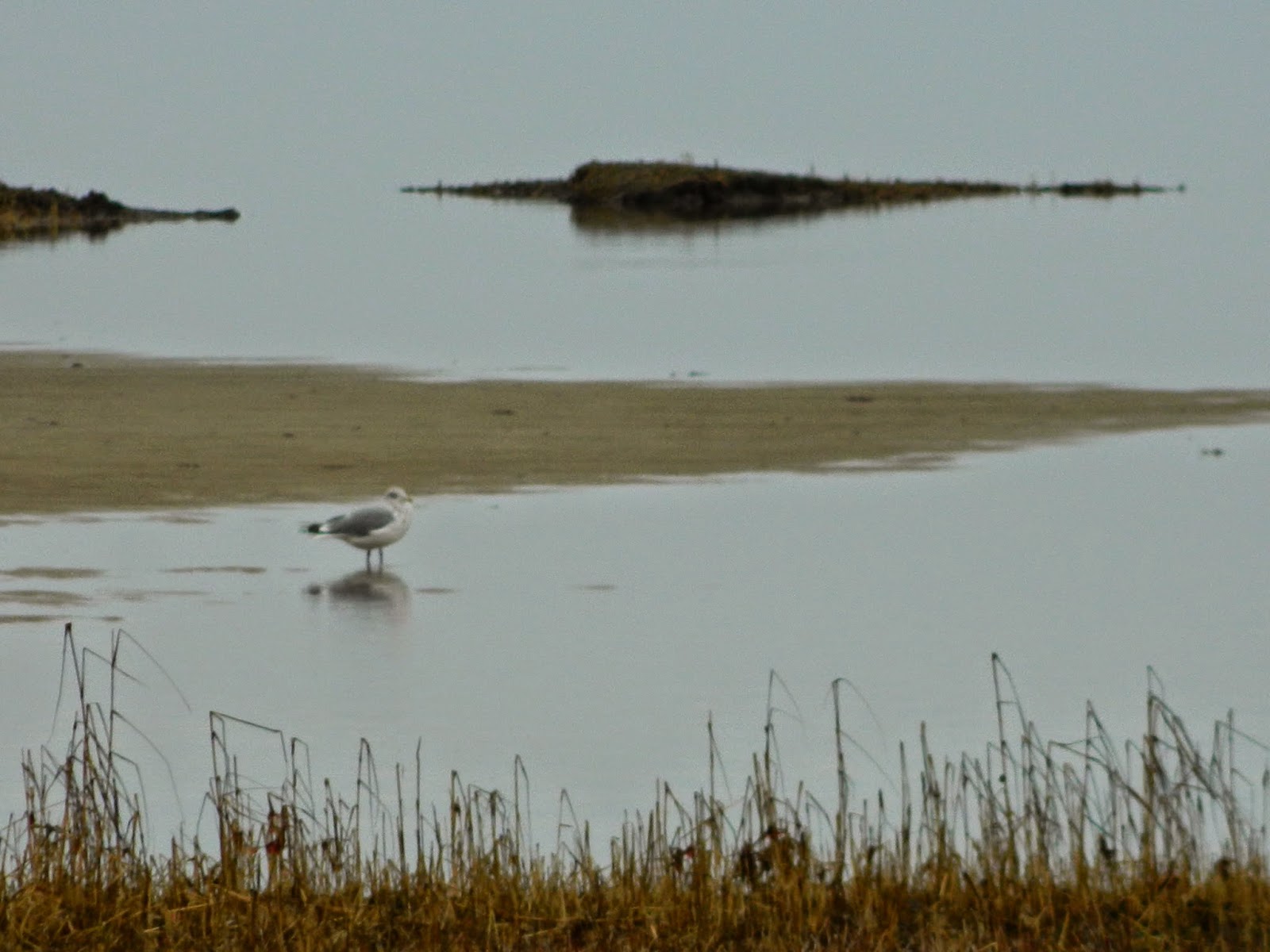 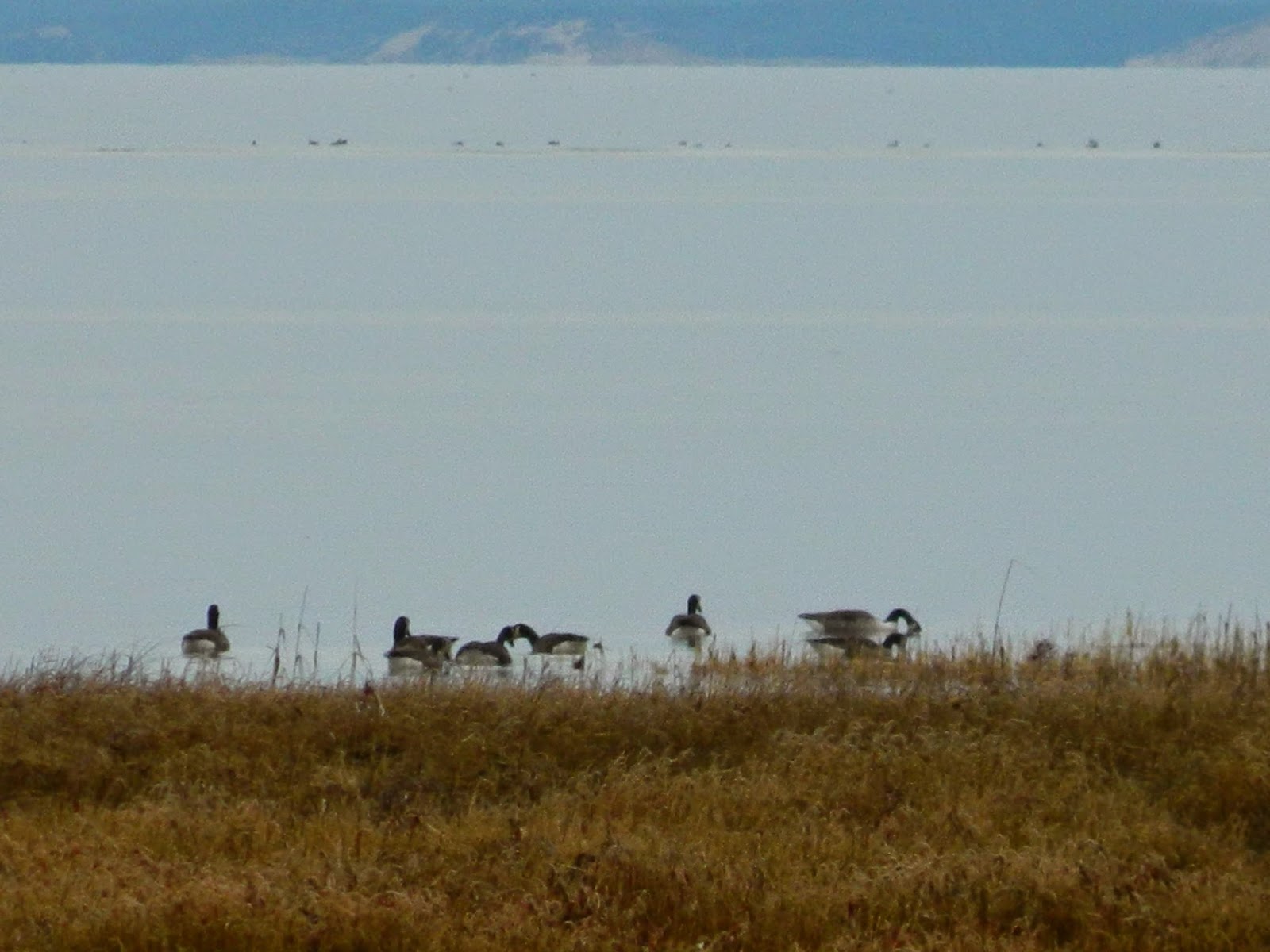 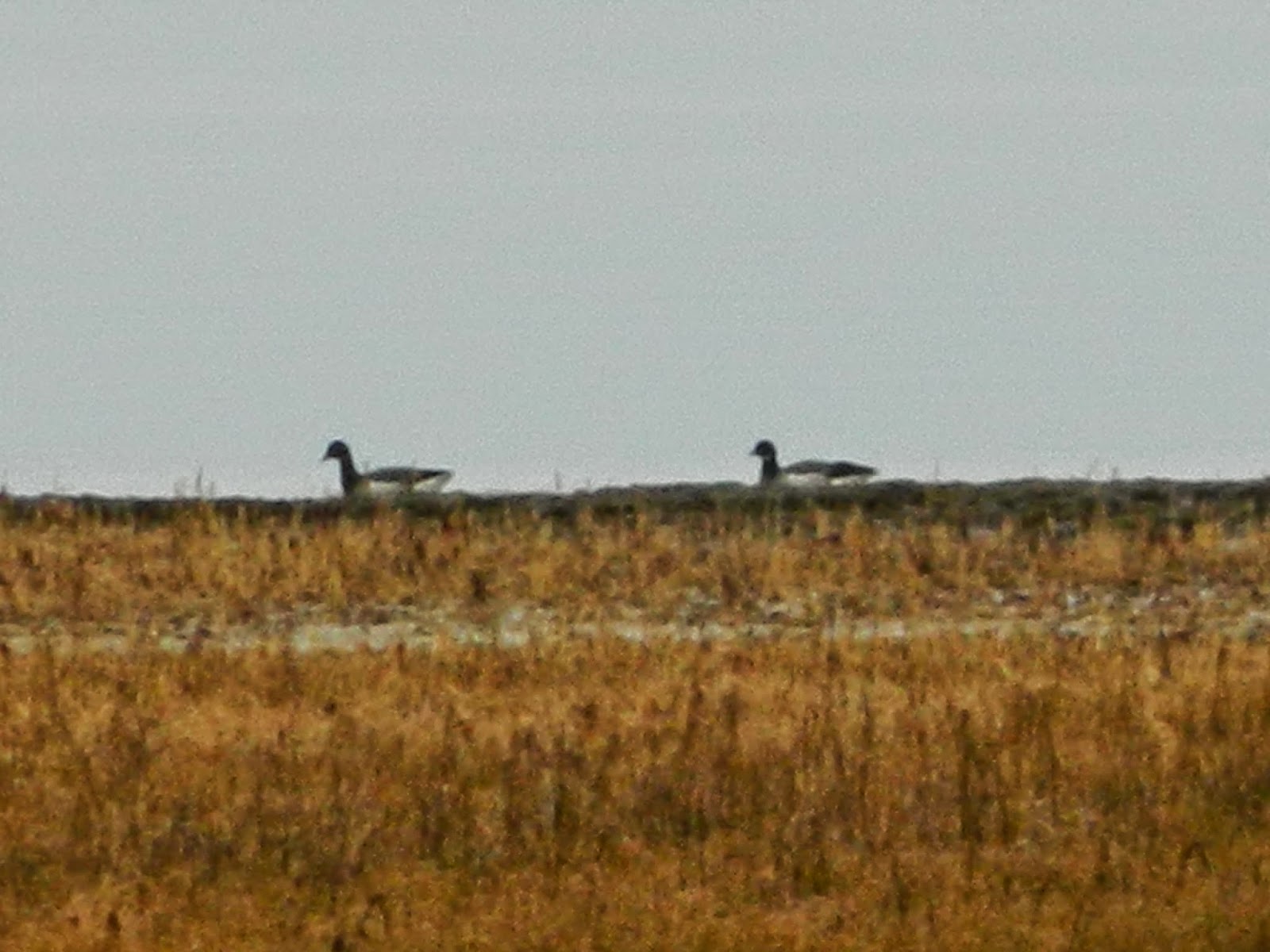 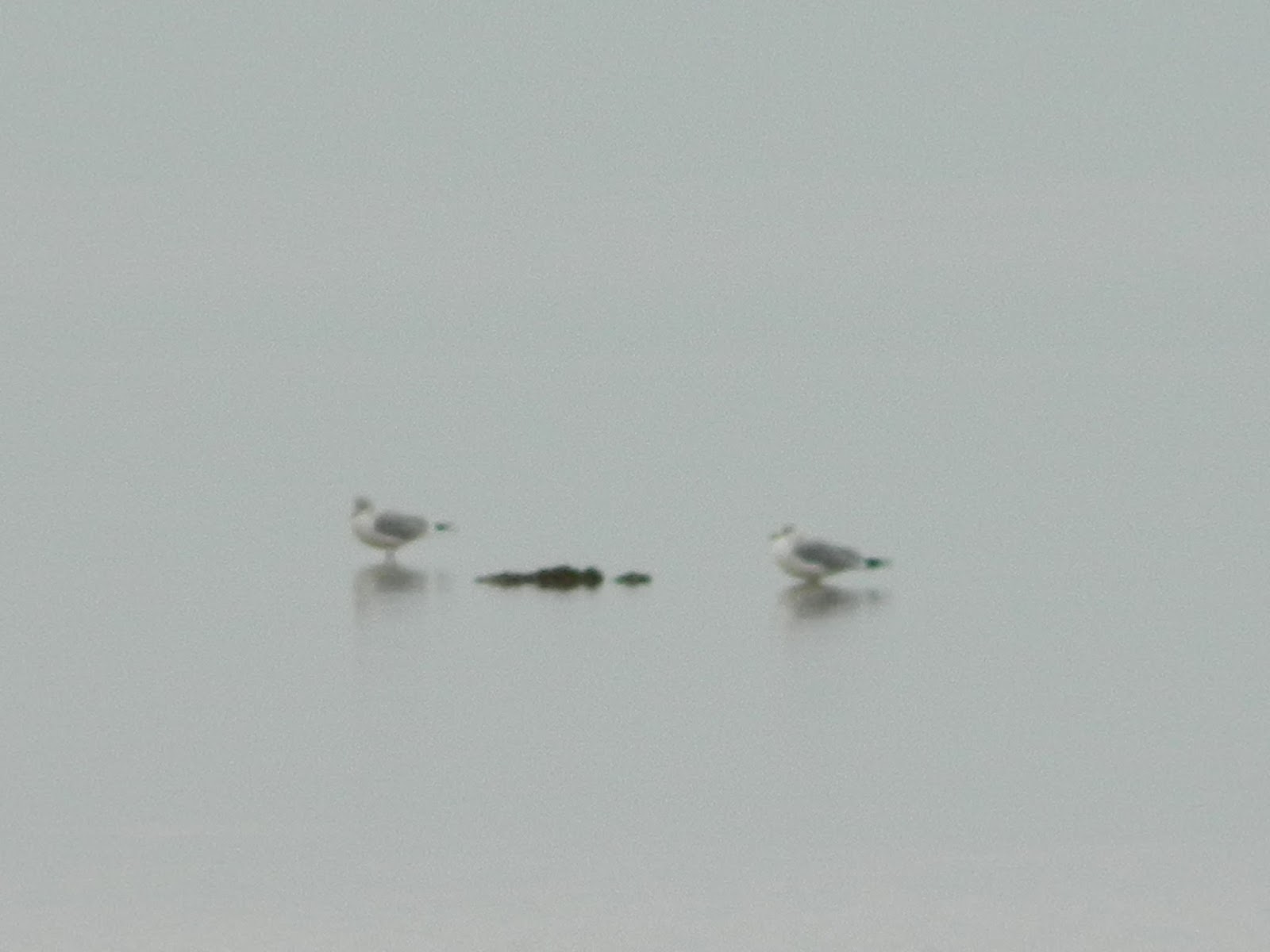 Herring Gull - blurry but looks like a painting to me 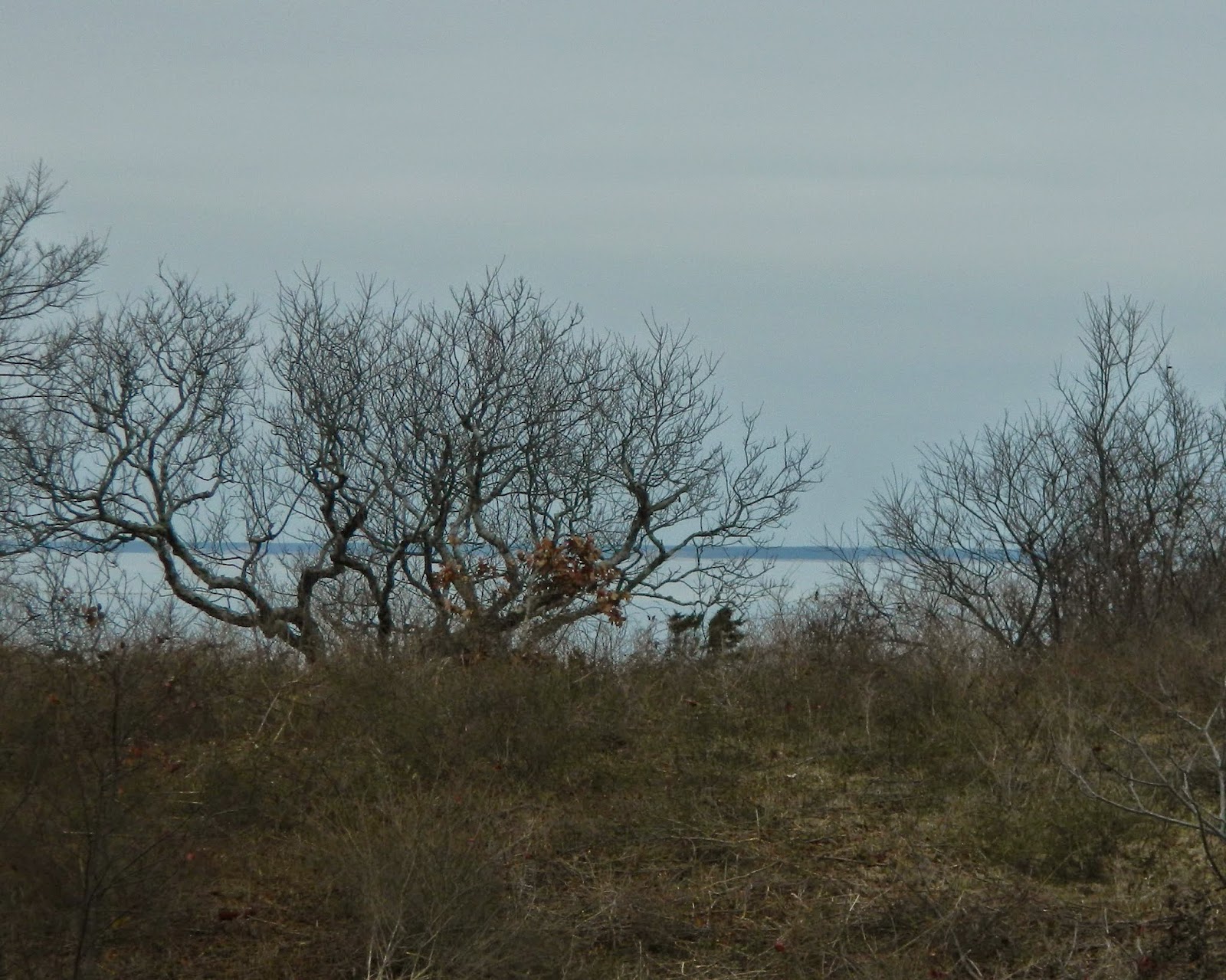 Another view of Cape Cod Bay from the John Wing Trail 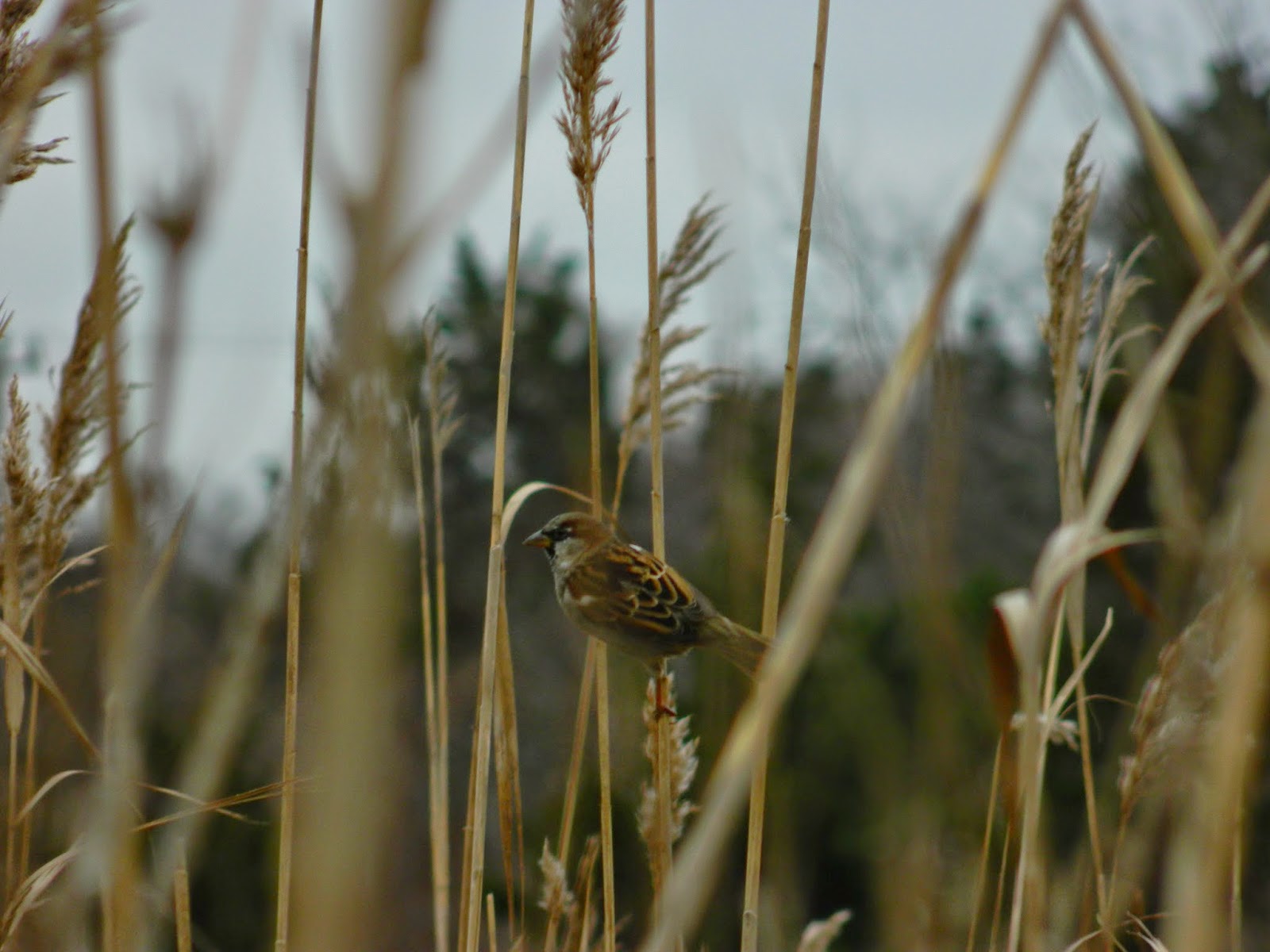 Next opportunity for Tuesday Tweets: 1.13.15 $2Members/$4Non-members
Happy Holidays and Happy Birding!
Posted by cape cod bird nerd at 9:30 AM No comments:

This is the time of year when I love heading to the water, as cold as it gets near the coast, in search of seasonal migrants.  The Tuesday Tweets walk did not fail us this morning because we caught some nice glimpses of what I believe was a solitary Common Eider female.  I had a difficult time identifying her because she was alone.  I have seen another solitary Common Eider female on the Cape Cod Canal, and because I'm such a freak, I always worry a little when their behavior may suggest something's awry.  Usually you see Eiders in flocks, the whole safety in numbers theme.  My Bird Nerd Mentor, THE Bird Nerd Extraordinare, Peter Trull once wisely said to me, "Don't worry.  They're wildlife."  I do understand and respect that... it's just the Snow White wannabe in me that pangs with wanting to "help".  Sometimes I do intervene, sometimes I don't, sometimes I can't, sometimes I know I shouldn't. There was seemingly nothing wrong with this bird, save that she was alone... and if I'm going to think too long on that, well, I like to have my alone time too.  Humans and Eiders are very different though, aren't they.  Enough about that... it's merely part of what makes me a nerd. Thanks yet again to Rick for the photos I get to include. They are credited below.  He does a great job, doesn't he?! (double click on photos to enlarge) 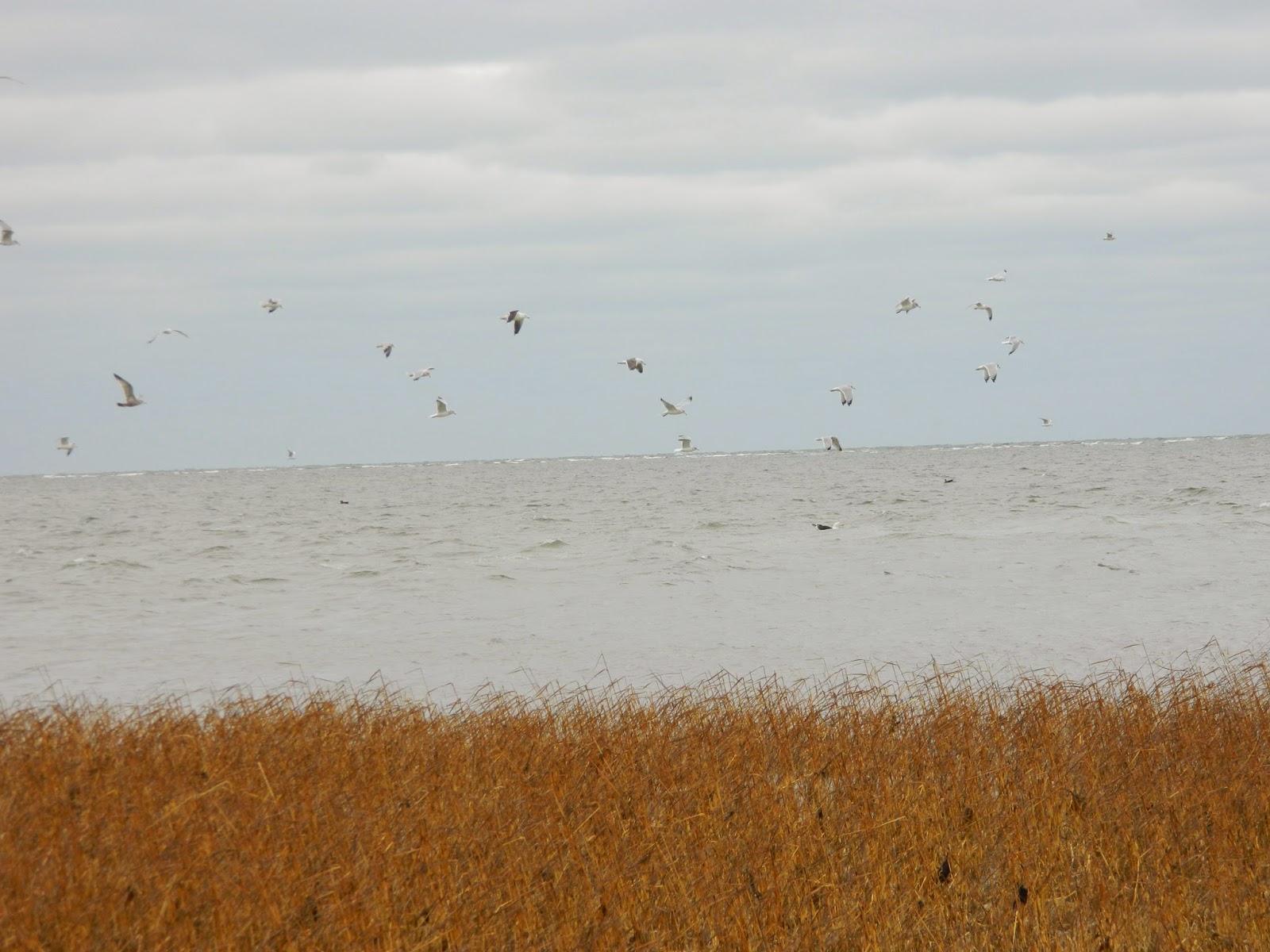 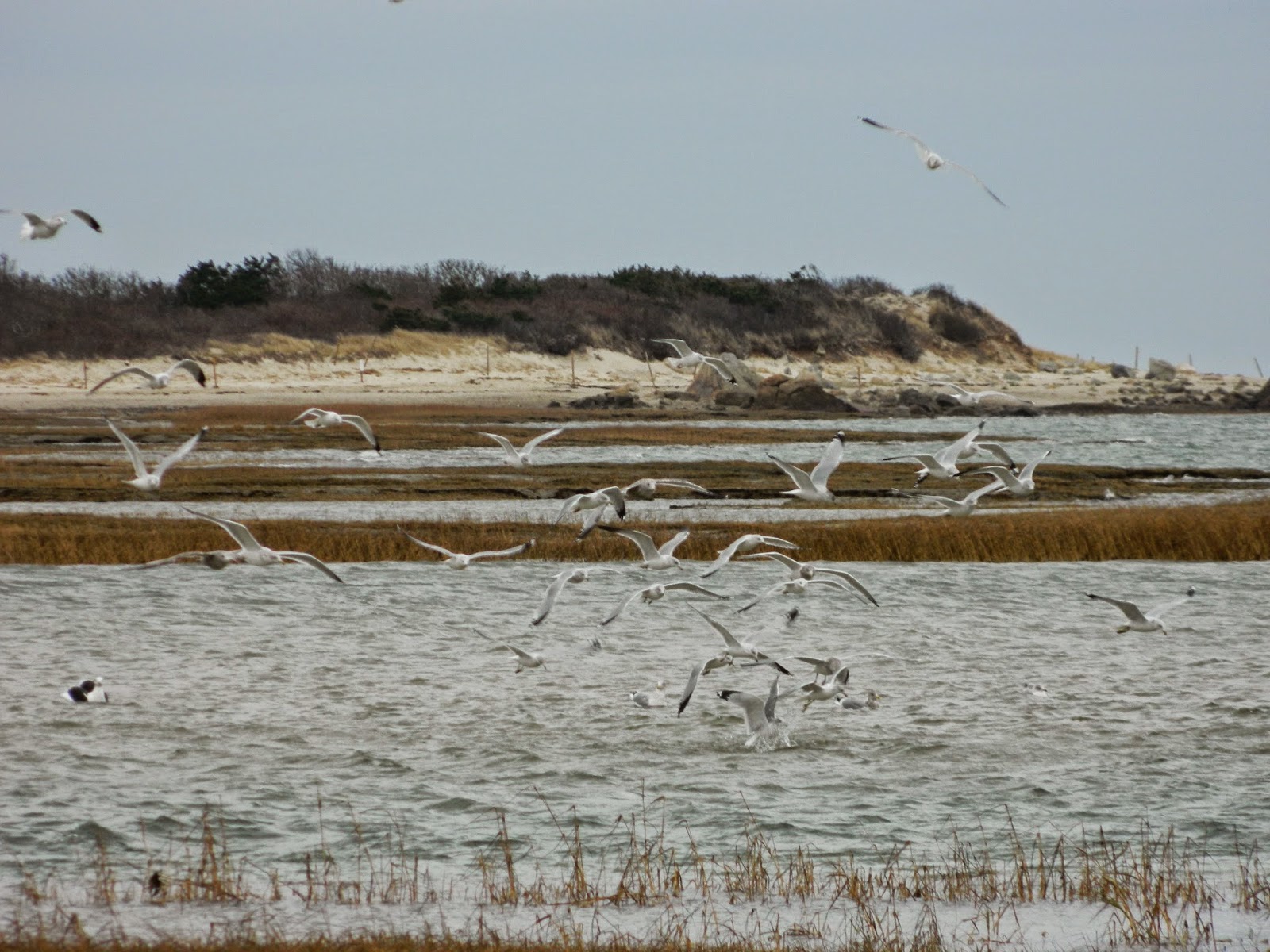 Gulls fishing in a frenzy at the mouth of Quivett Creek 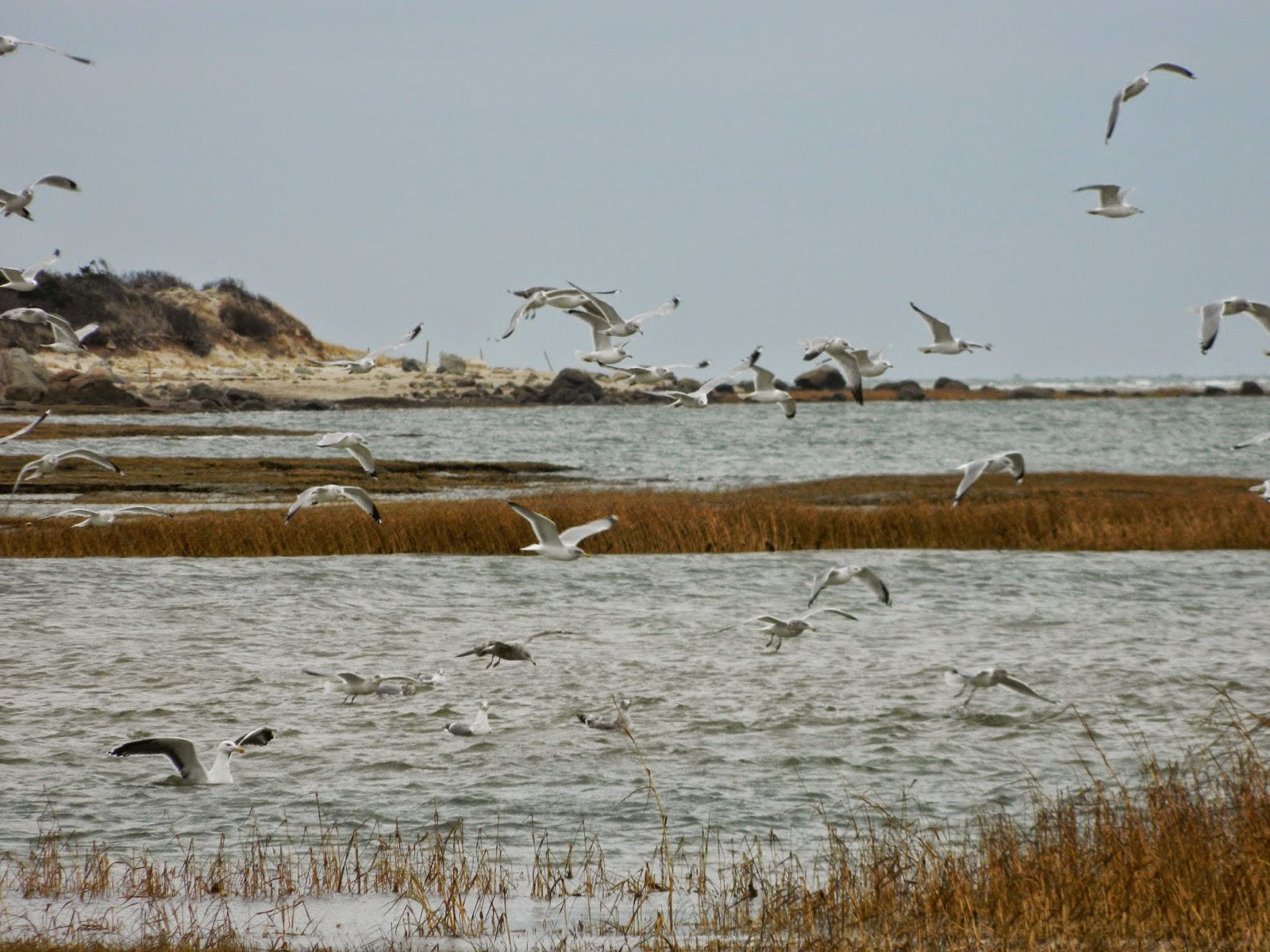 They found something tasty in those chilly waters! 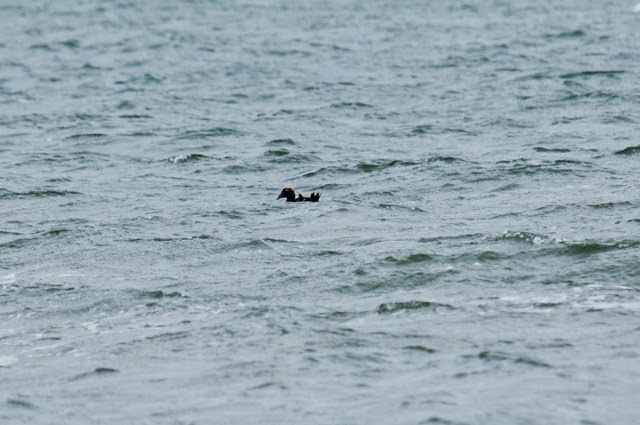 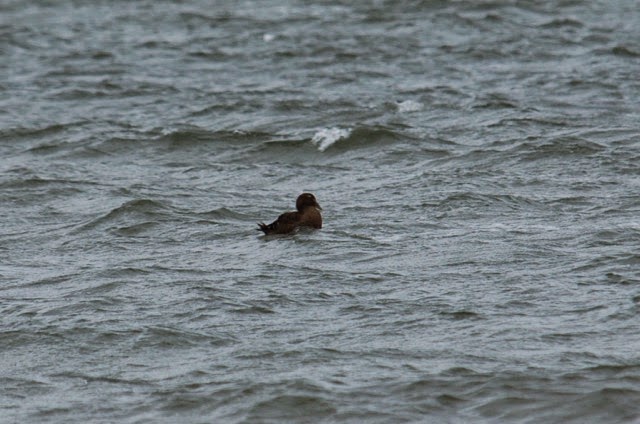