Spring.  It is HERE and we're all beginning to believe it!  I had noticed a bird on the way in to the school so I snapped a couple of photos in the hopes that s/he would still be there in a few minutes when it was time for our bird walk.  We were in luck, because that bird and a companion were still there foraging in the brush.  The first bird one of the students spotted was very far in the distance.  I asked if they could identify this particular bird (no photo).  This is when the different skills we have discussed come into play.  They were able to correctly identify an American Robin at about 300 feet away by observing the general size, the habitat and behavior.  AWESOME!  Some of them claimed to be able to see the bright orange breast from that range.  My eyes are SO reliant on binoculars at this point that just seemed crazy to me that they'd be able to see it... but their eyes are younger than mine!  We saw a few species this outing, which was a nice change!   I pointed out some House Sparrow nests I noticed last week built into the no longer operating school bells on the outside of the school.  I asked the students to observe these nests as they're pulling up to school in the buses (for those who take the bus) to see if they notice any interesting behaviors they could tell me about when I see them next week. Each student took a turn recording observations about the American Robin we saw, see log book photo below. (double click photos to enlarge) 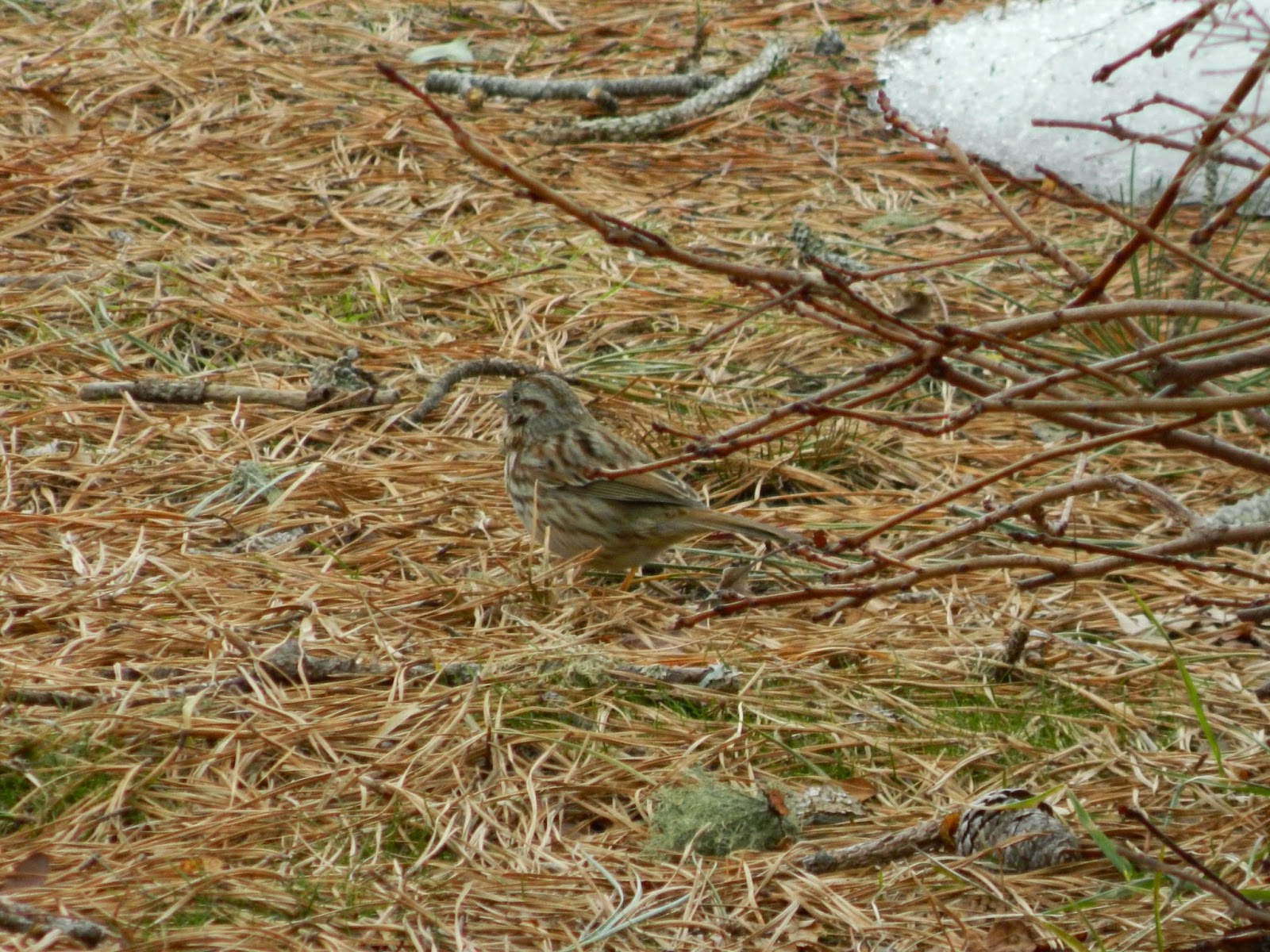 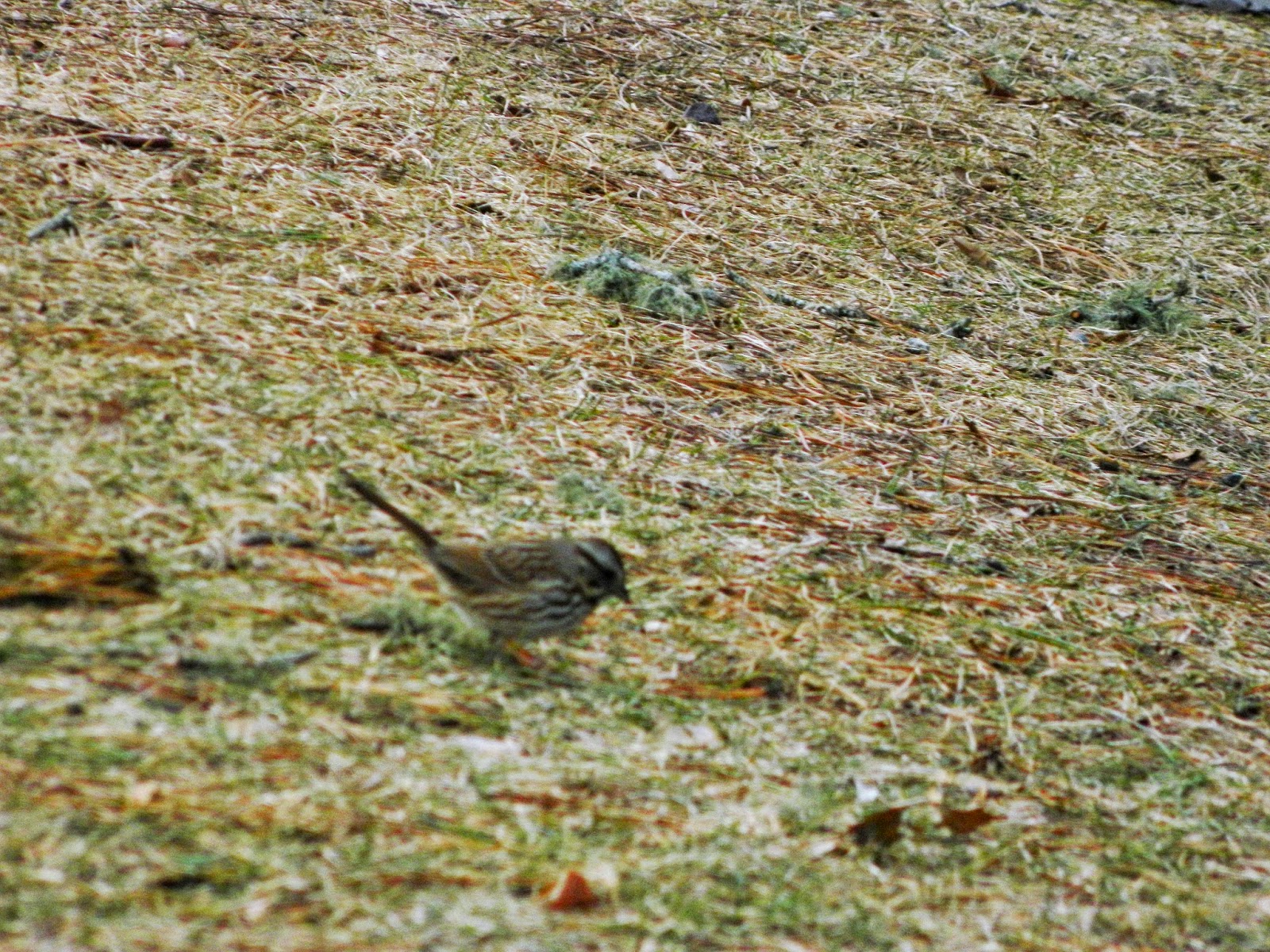 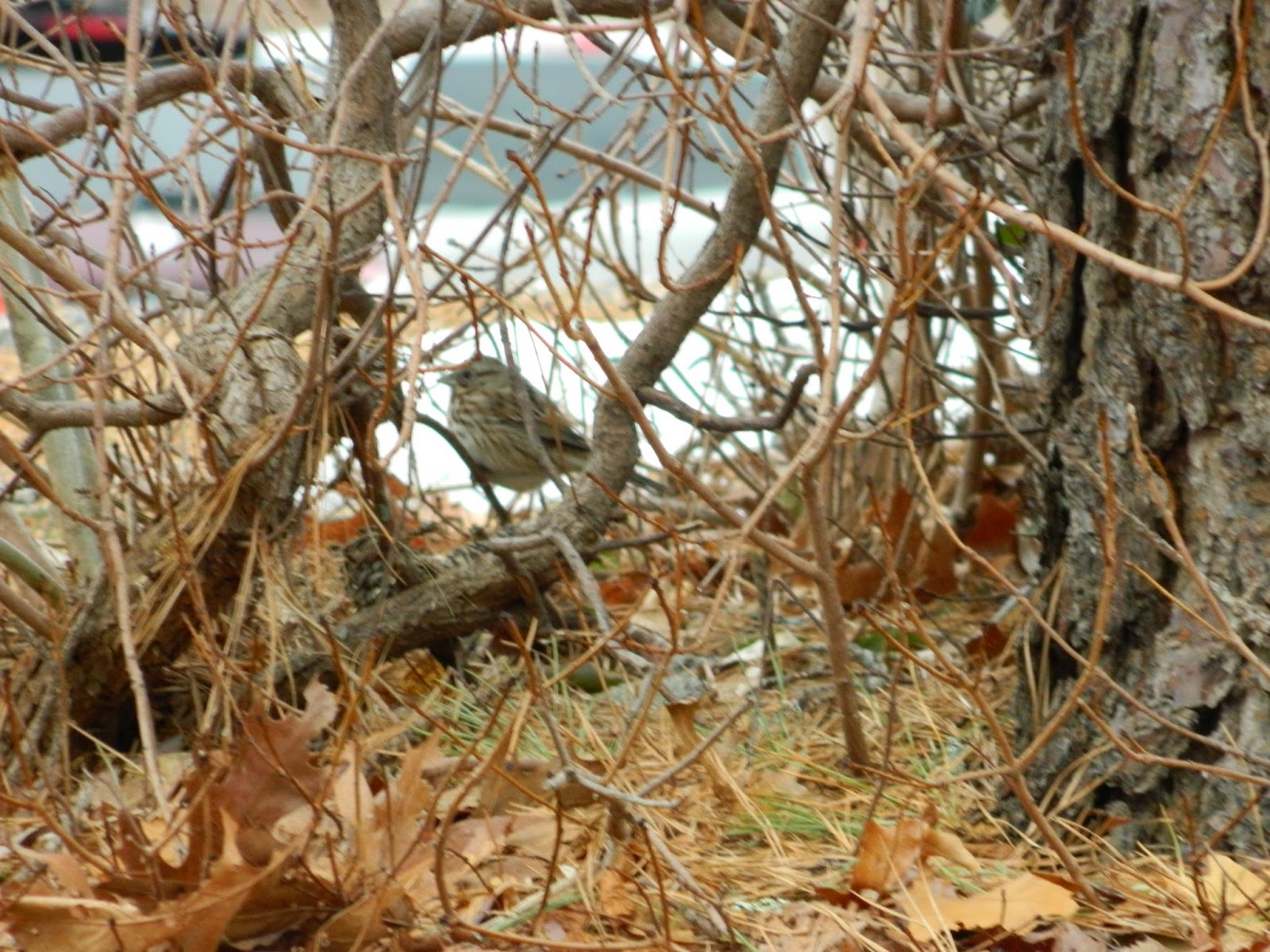 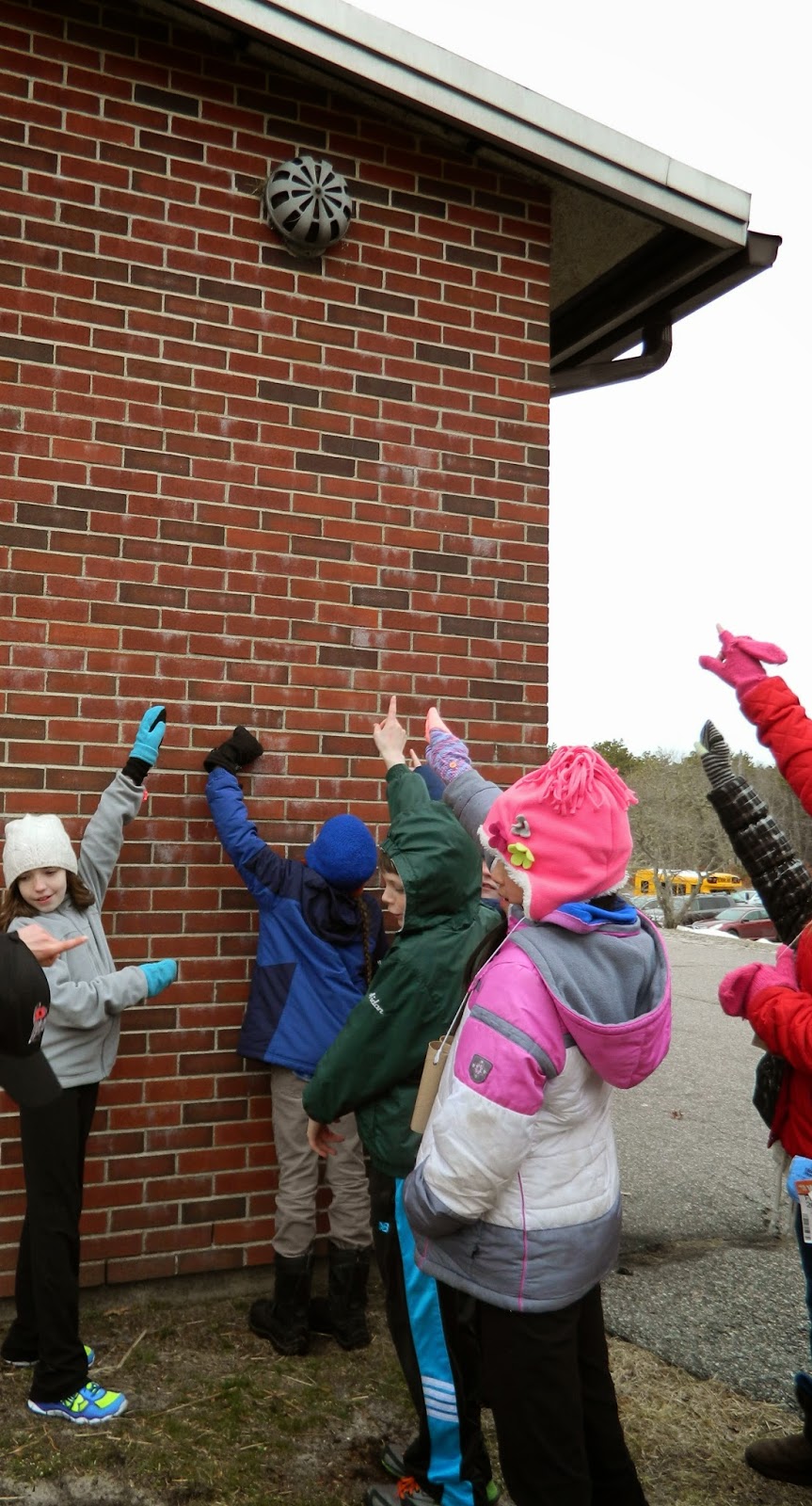 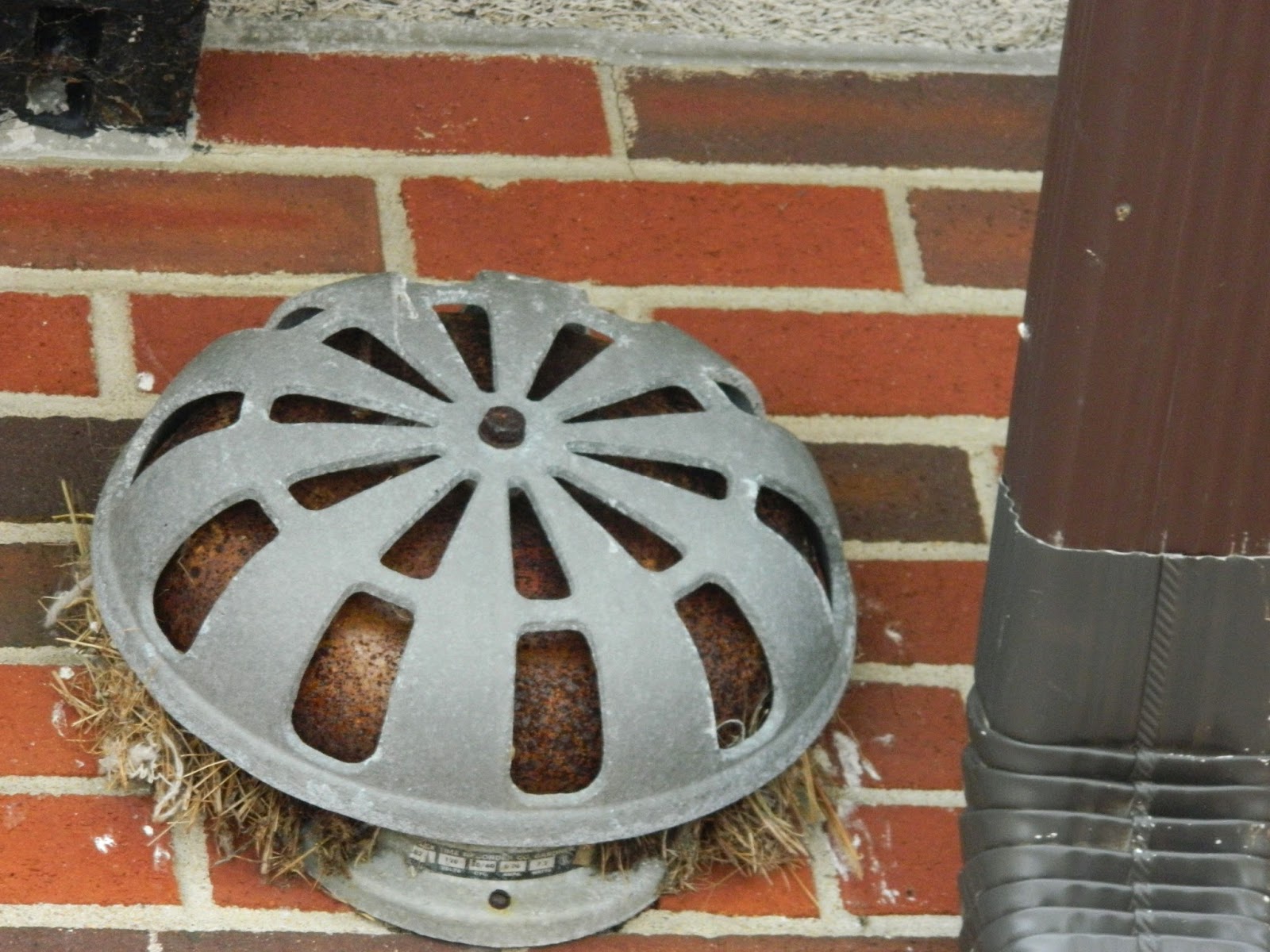 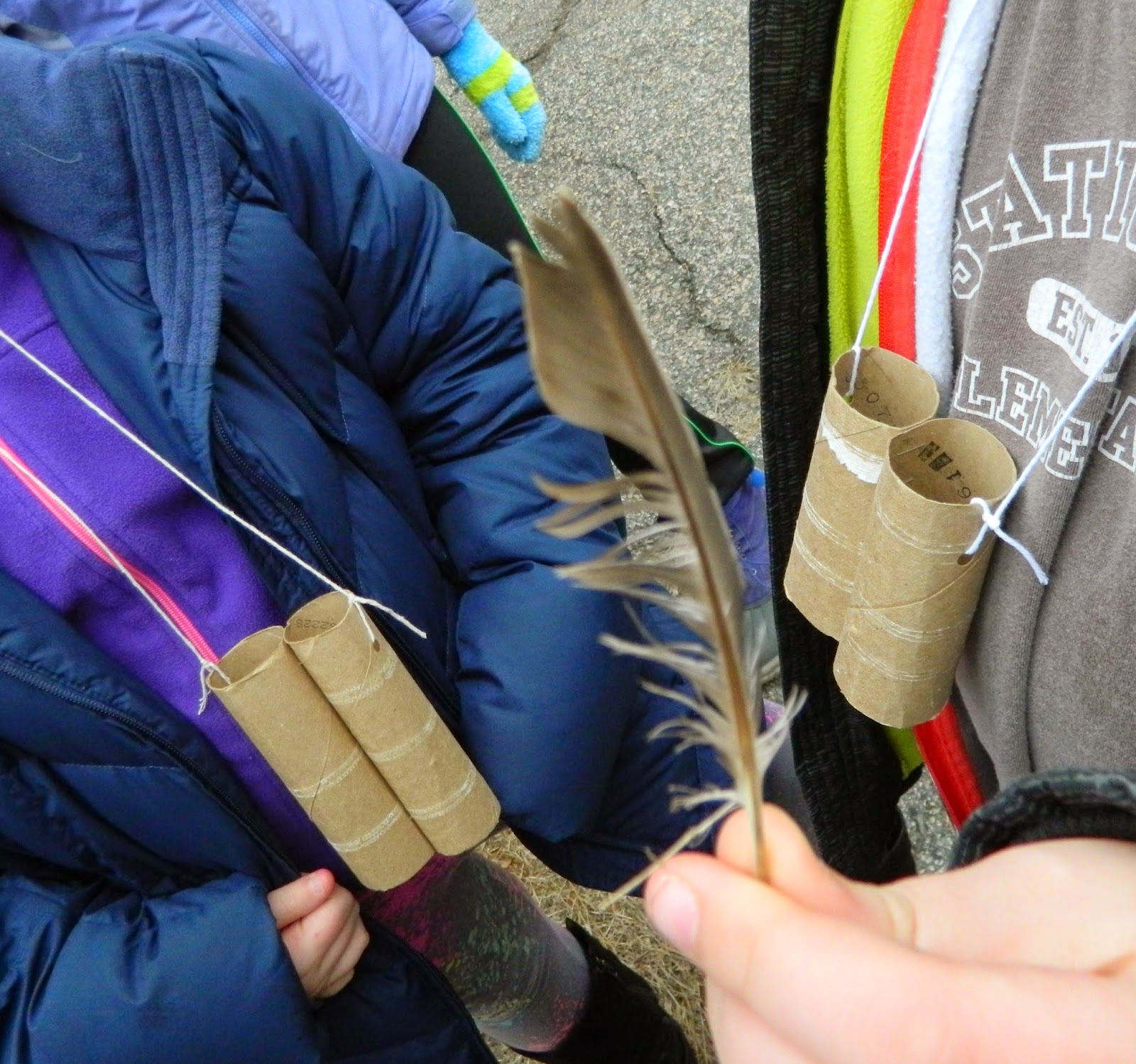 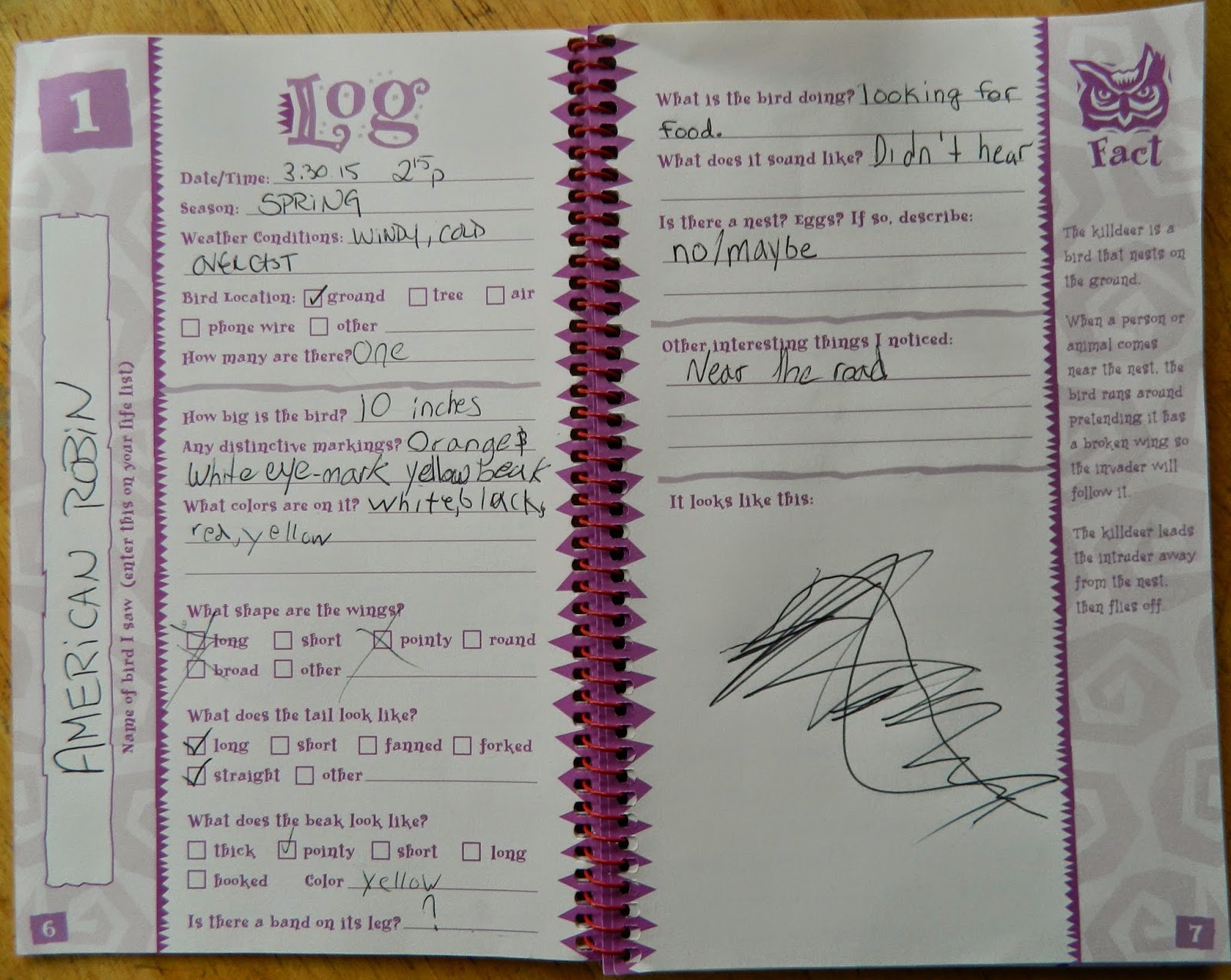