I've had to cancel a few Tuesday Tweets due to uncomfortable weather, sub zero temperatures and treacherous trails.  Cancelling is a bummer!  Today, we got a walk in! It was sunshine-y and peaceful over the marsh and it made for a magical trek for me.  There was at least a foot, and in some spots more than two feet, of snow & ice packed over the trail, making us feel quite tall in some areas and allowing for new perspectives when walking & trying to avoid snow sink holes.  It was SO quiet without wind and it was a whole new trail to me!  Where thickets and brush were buried and stretched over into the snow, there were spaces among the branches where tiny mammals and no doubt birds had been finding shelter.  There was at least one moment when I missed someone tiny scurry into one of those spaces.  So I heard the noise, and then saw the quivering of the branch... but that was it.  A meadow vole I suspect.  The photos on this day represent more of what the walk felt like in the mounds of snow.  We didn't encounter too many birds.  It's hard to believe that within the next couple of weeks, the Osprey will return, and soon after that, the herring will be running.  Things are slowly warming up, but for now we are still mostly covered in the white stuff. 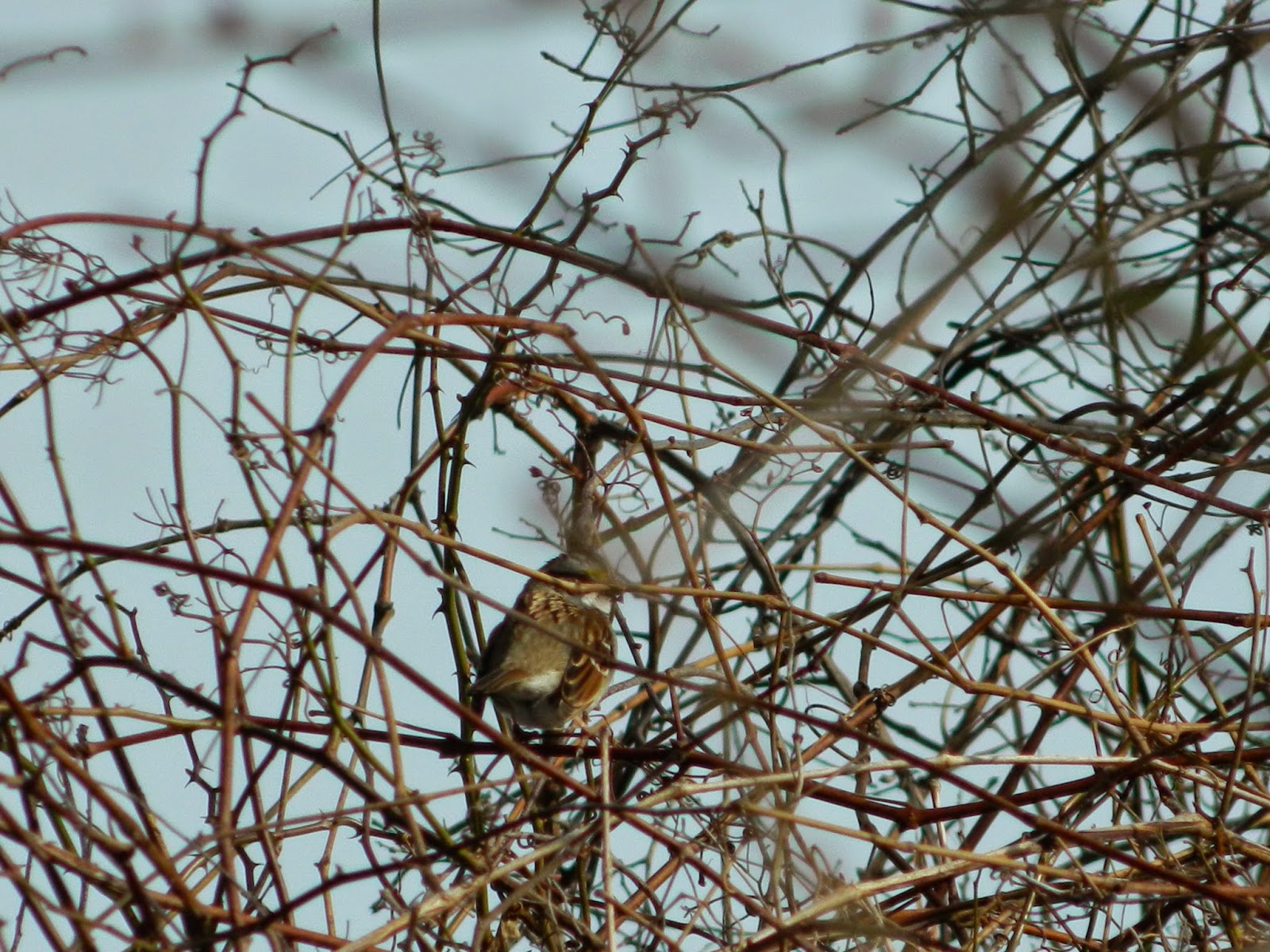 White-throated Sparrow (not a good shot) 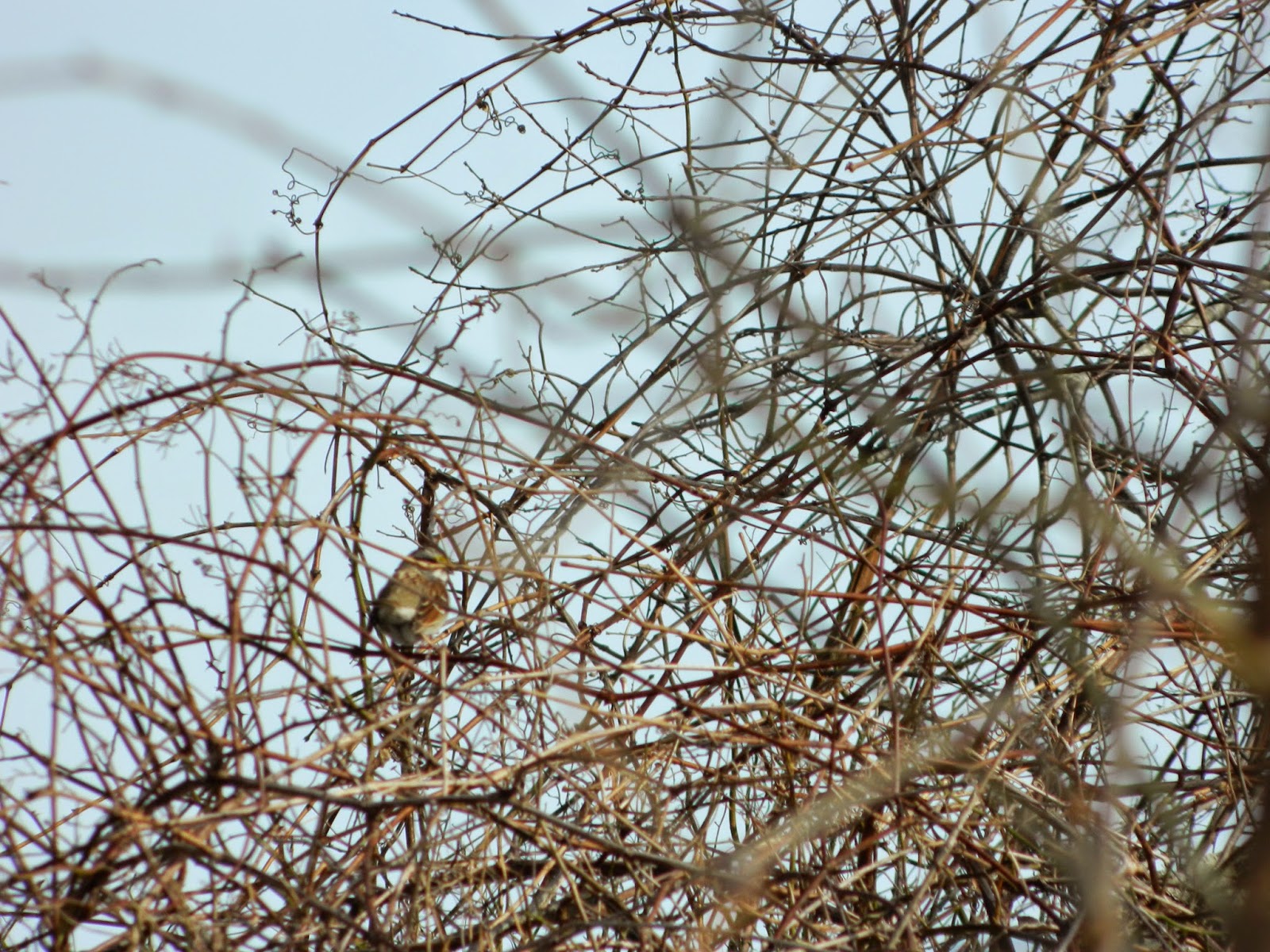 White-throated Sparrow (another bad angle - the sun was GLARING) 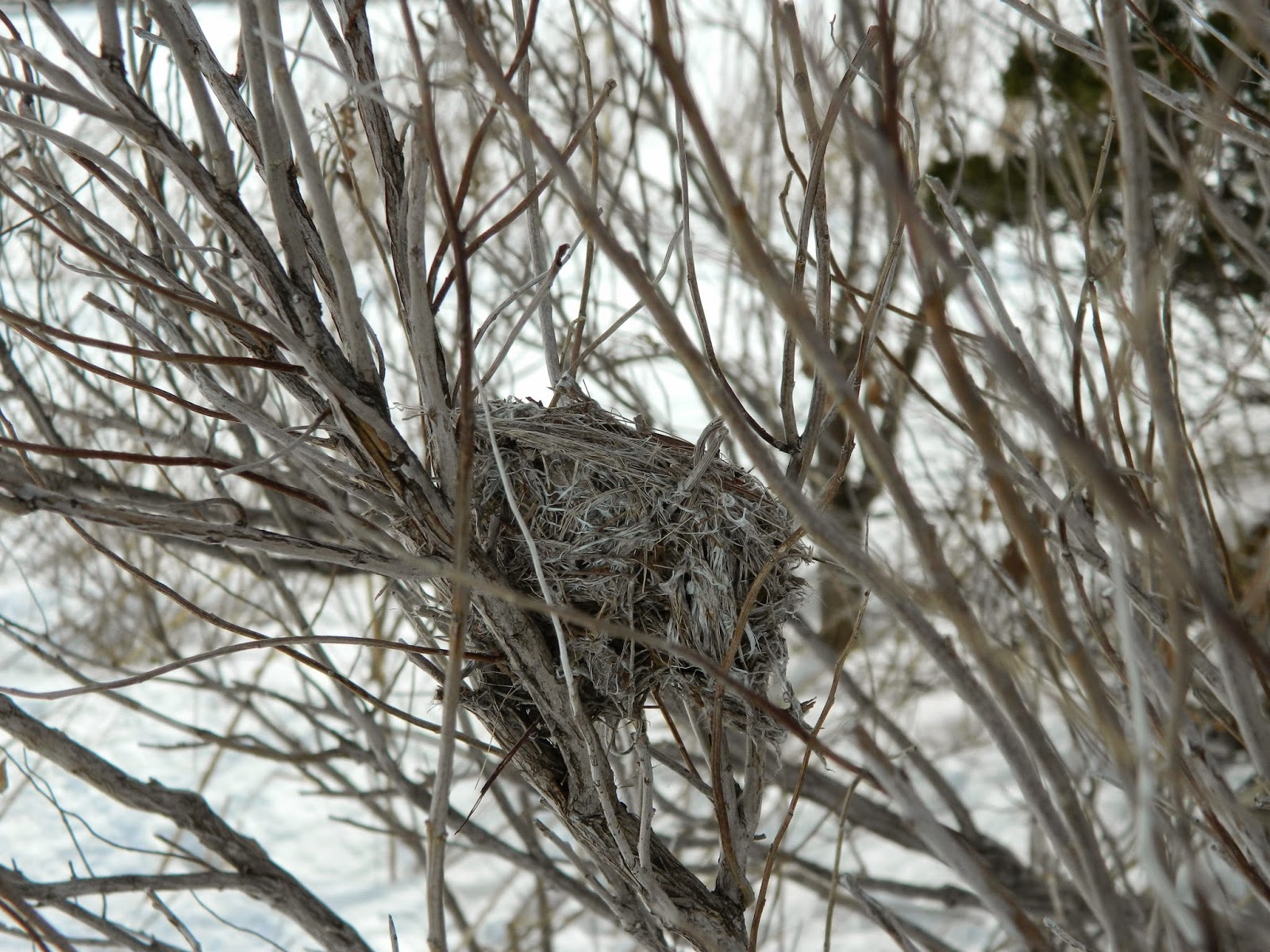 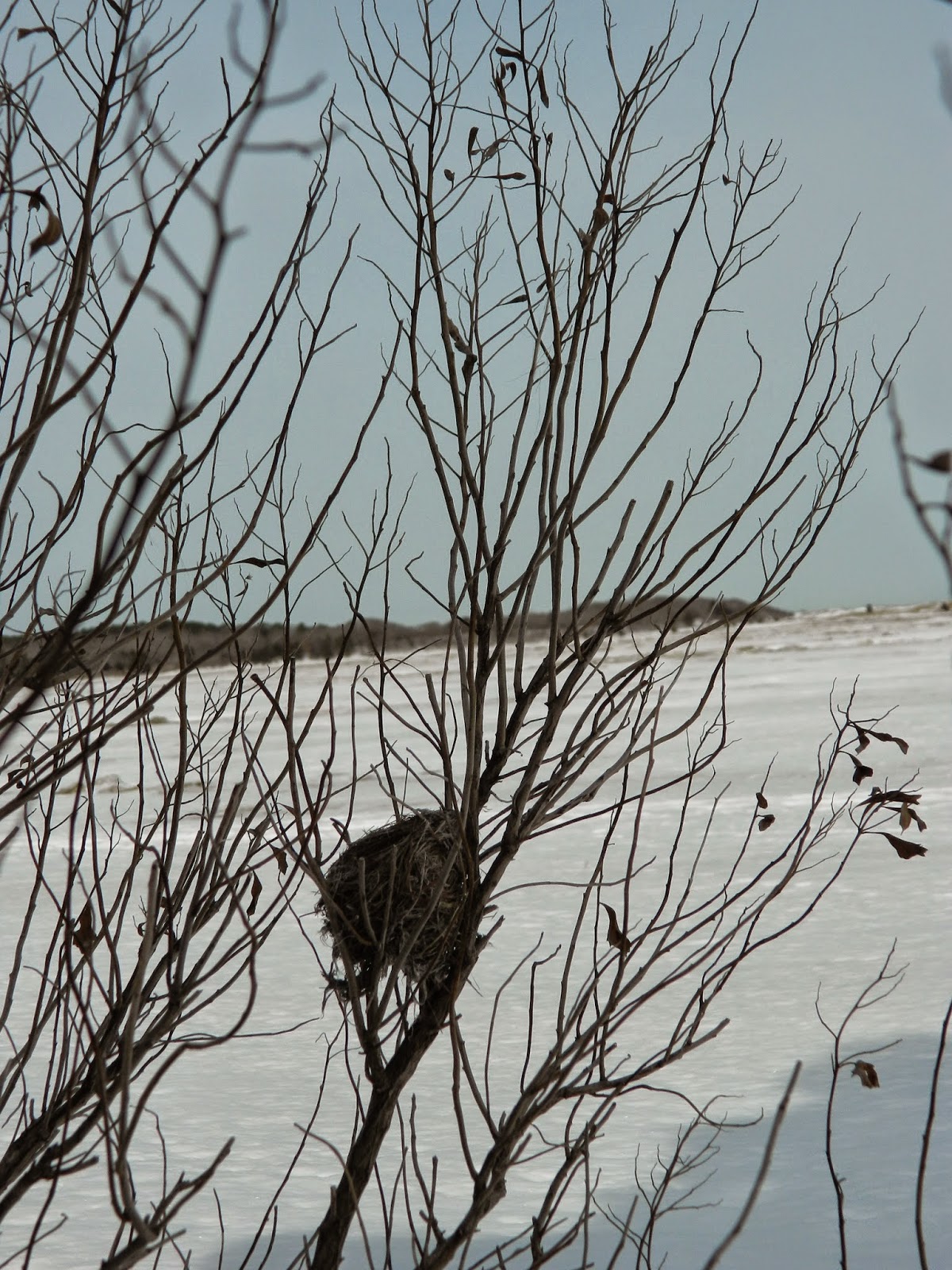 This nest was in a spot I'd normally NEVER get to, but because of the snow & ice pack,
we could walk right up to it to inspect it. 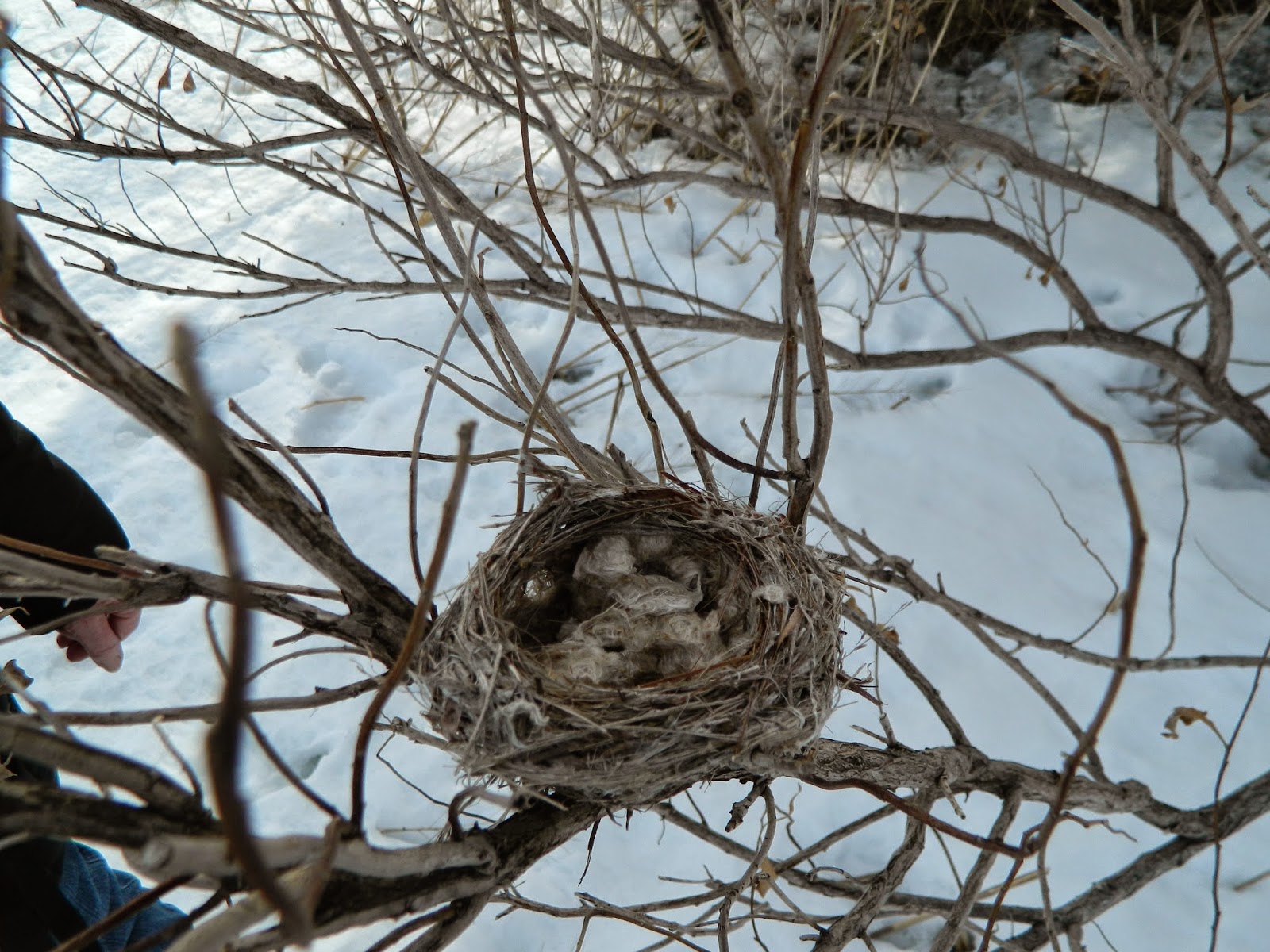 Next lined with fluffy stuff...thistle?  I've learned from Sue Finnegan, the museum's master bird bander that American Goldfinch are one of the last birds to lay eggs because they prefer to line their nest with the fluffy soft thistle.  That's what this looked like to me. 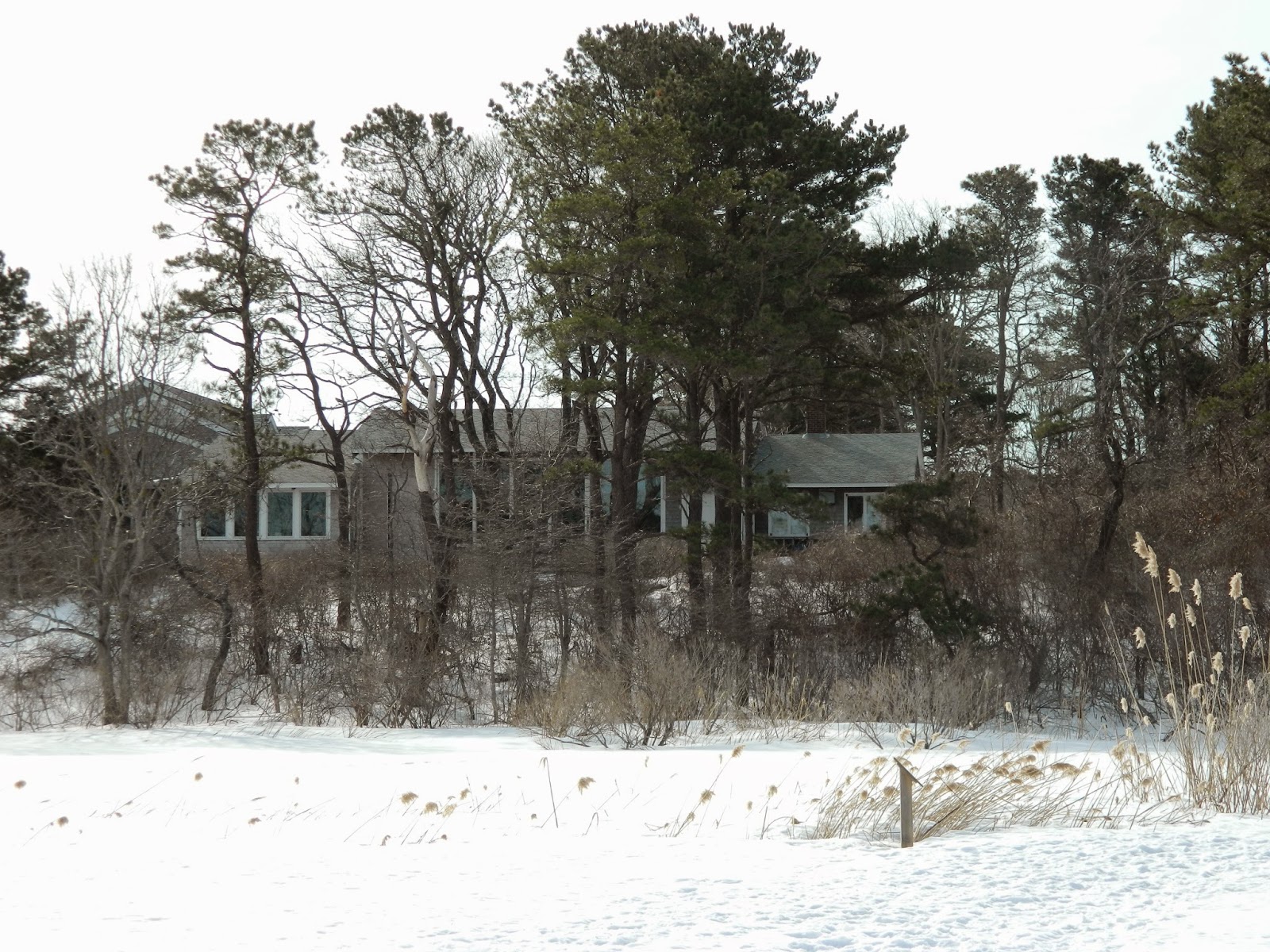 Cape Cod Museum of Natural History - north side view, over the snowy marsh 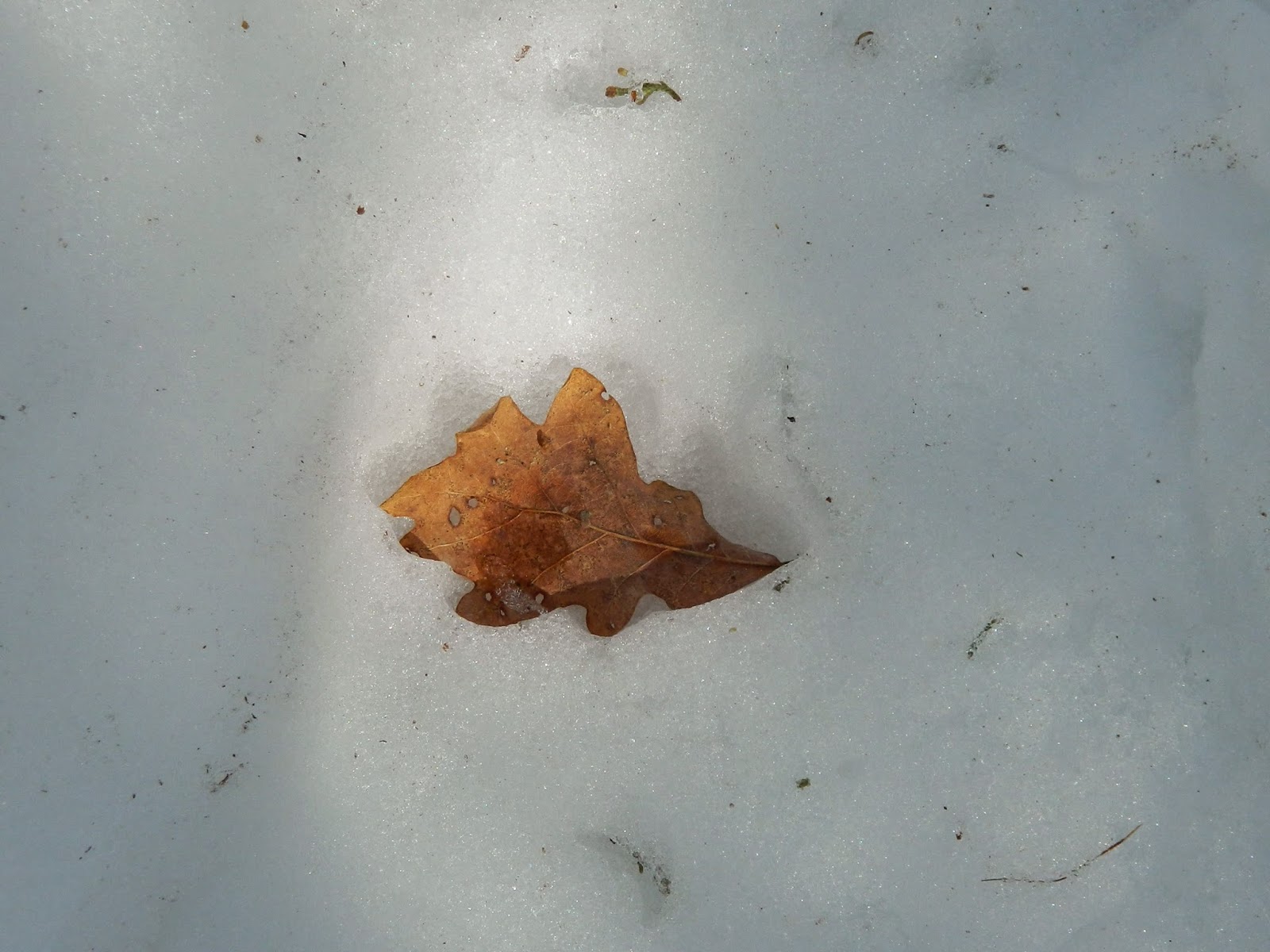 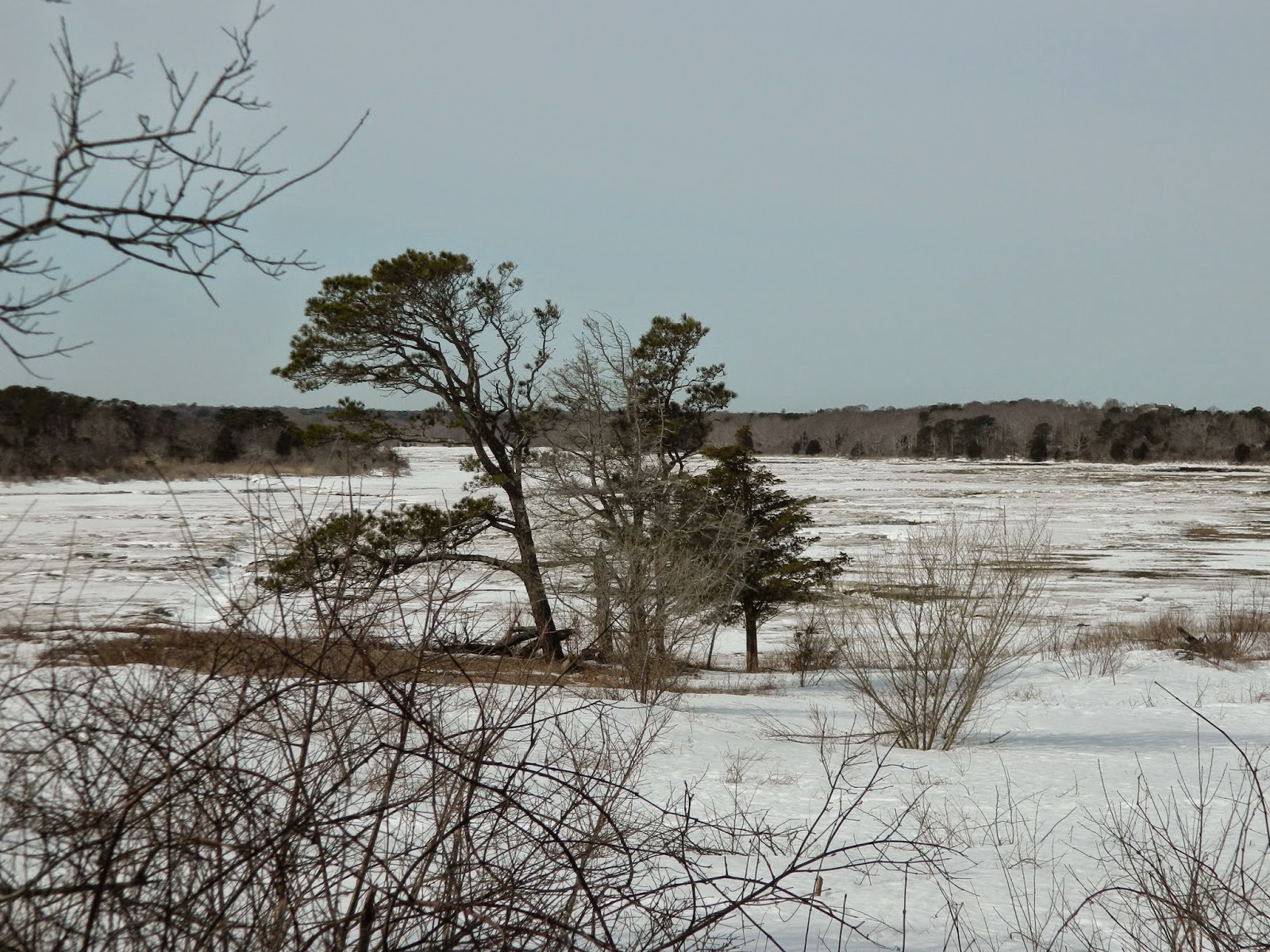 Looking west over the marsh from the John Wing Trail 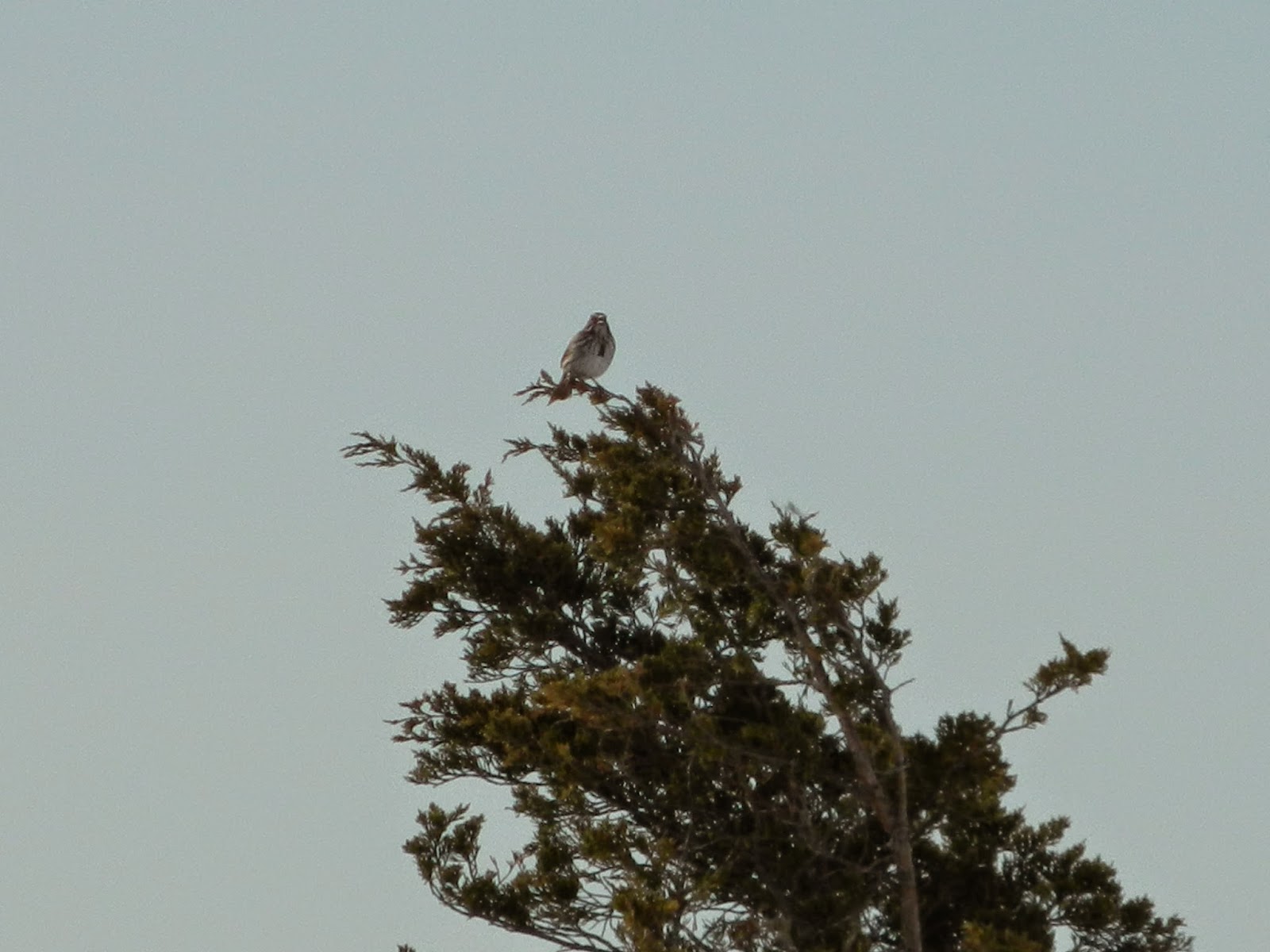 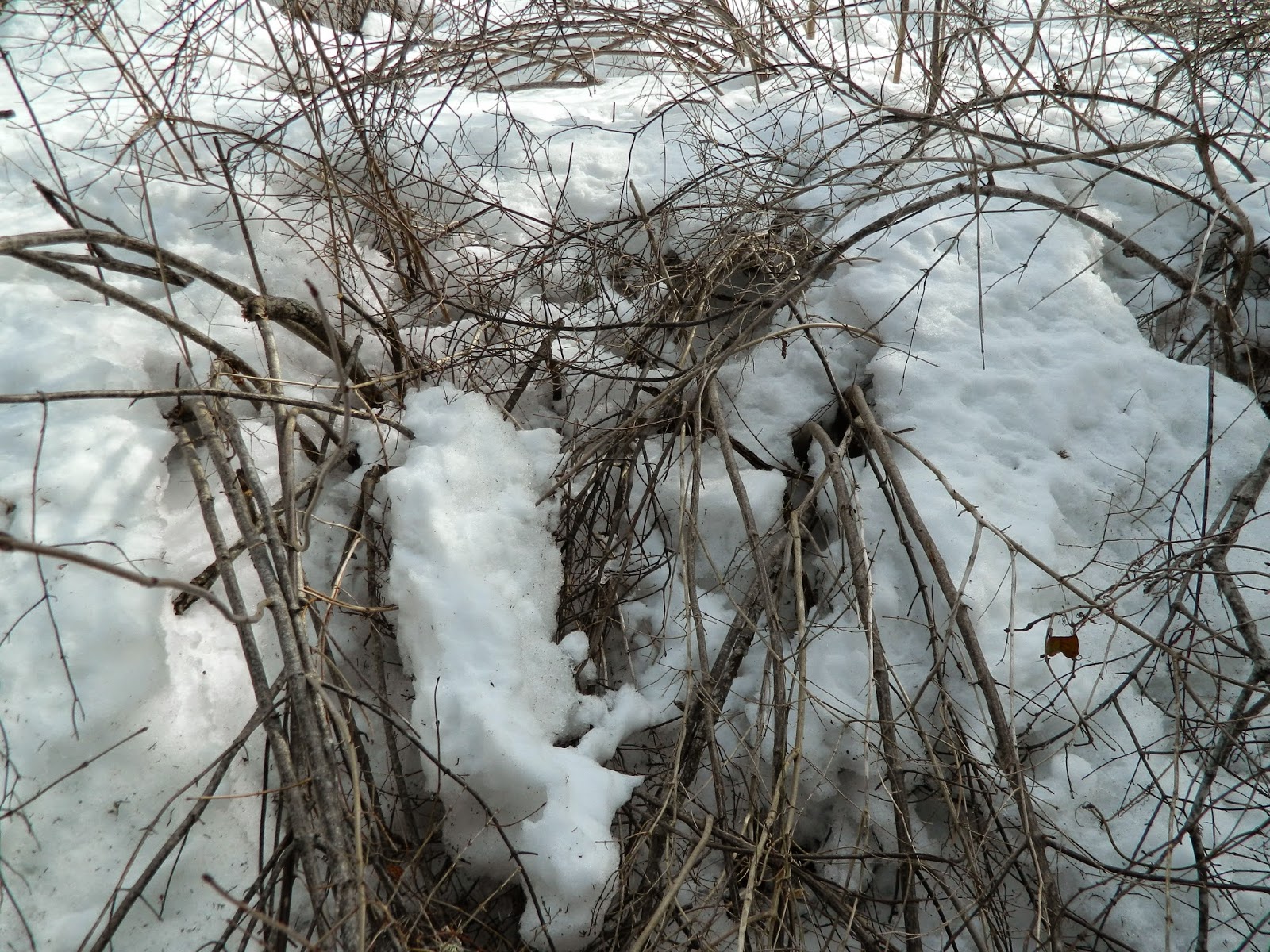 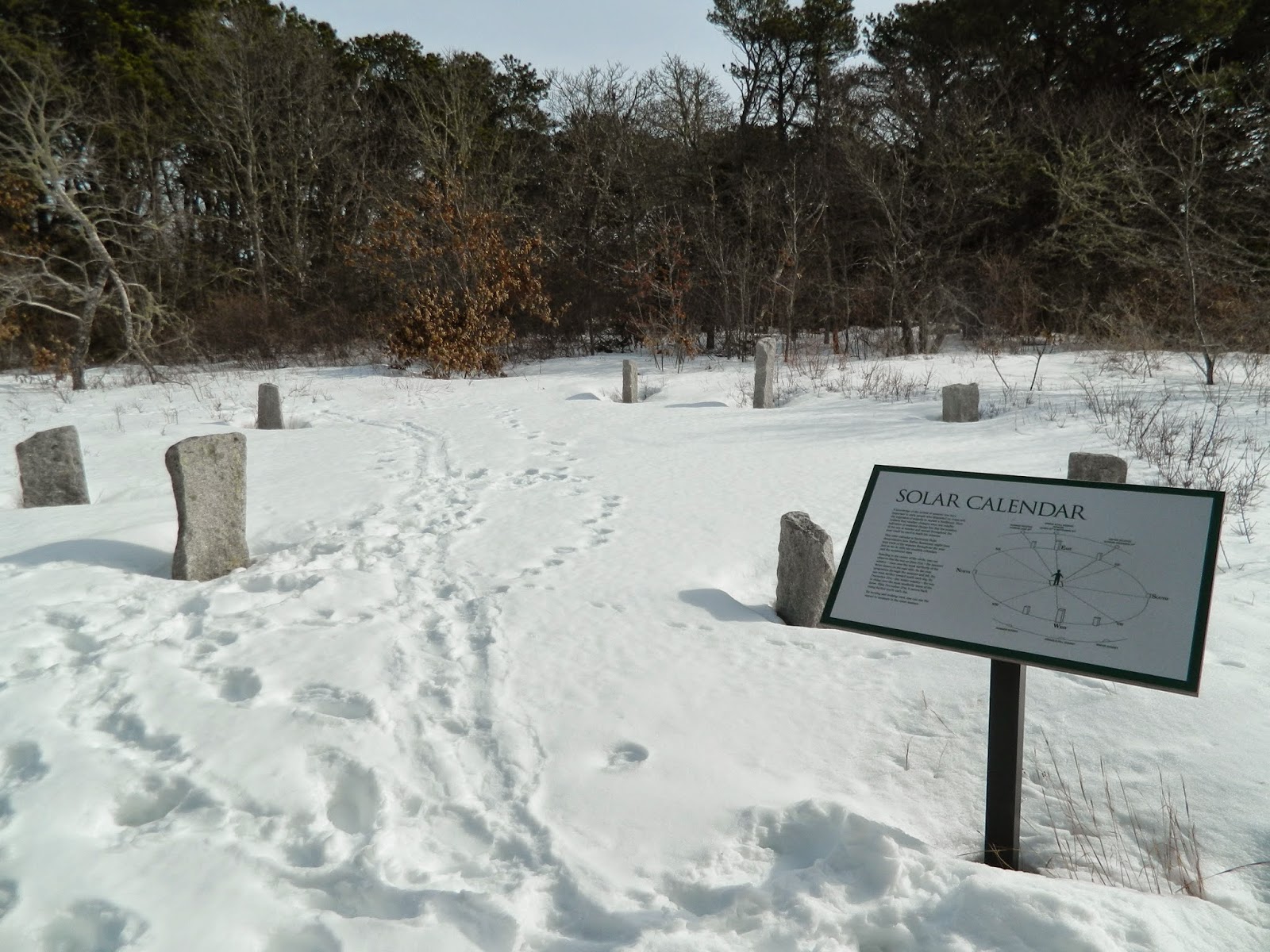 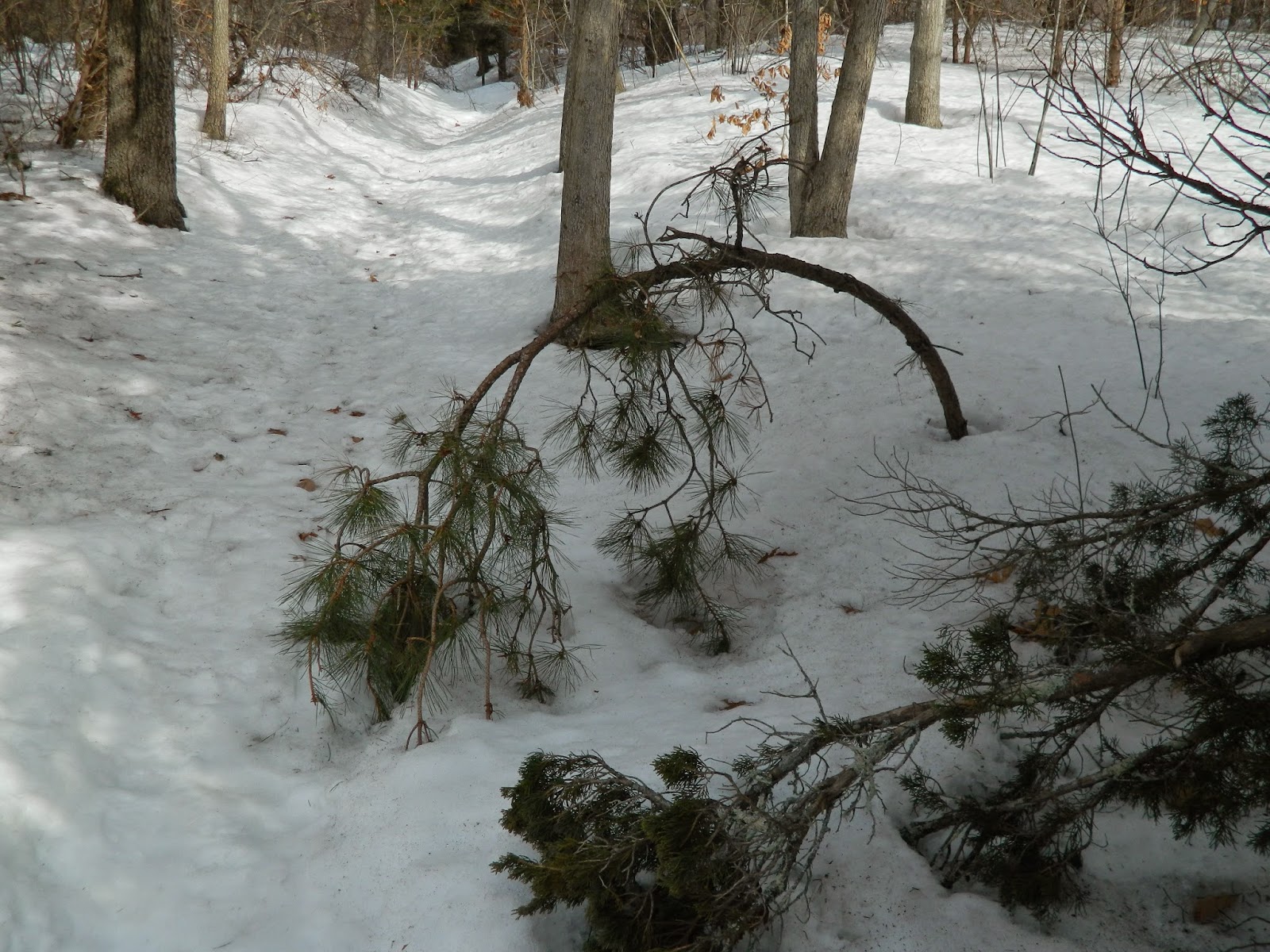 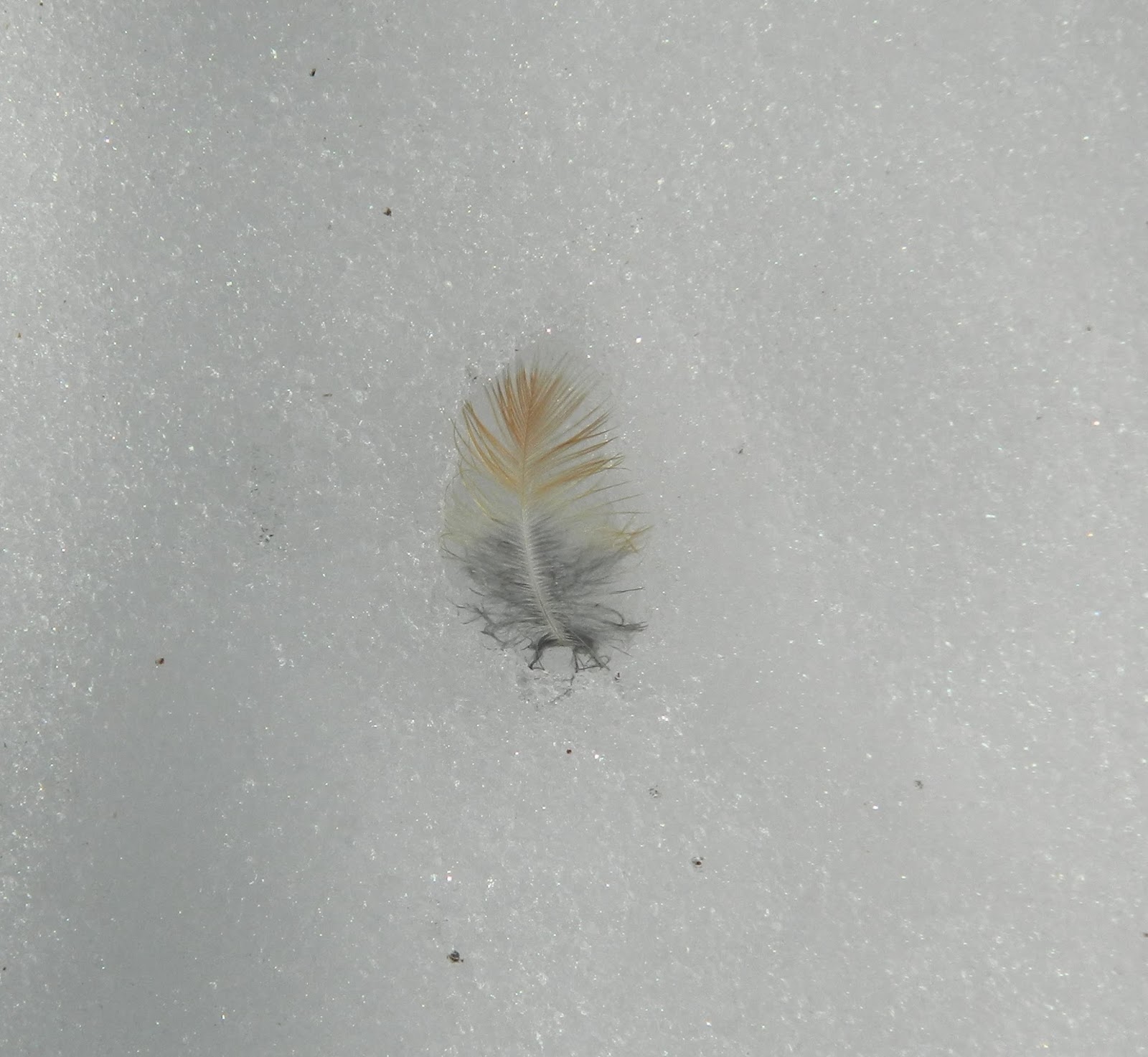 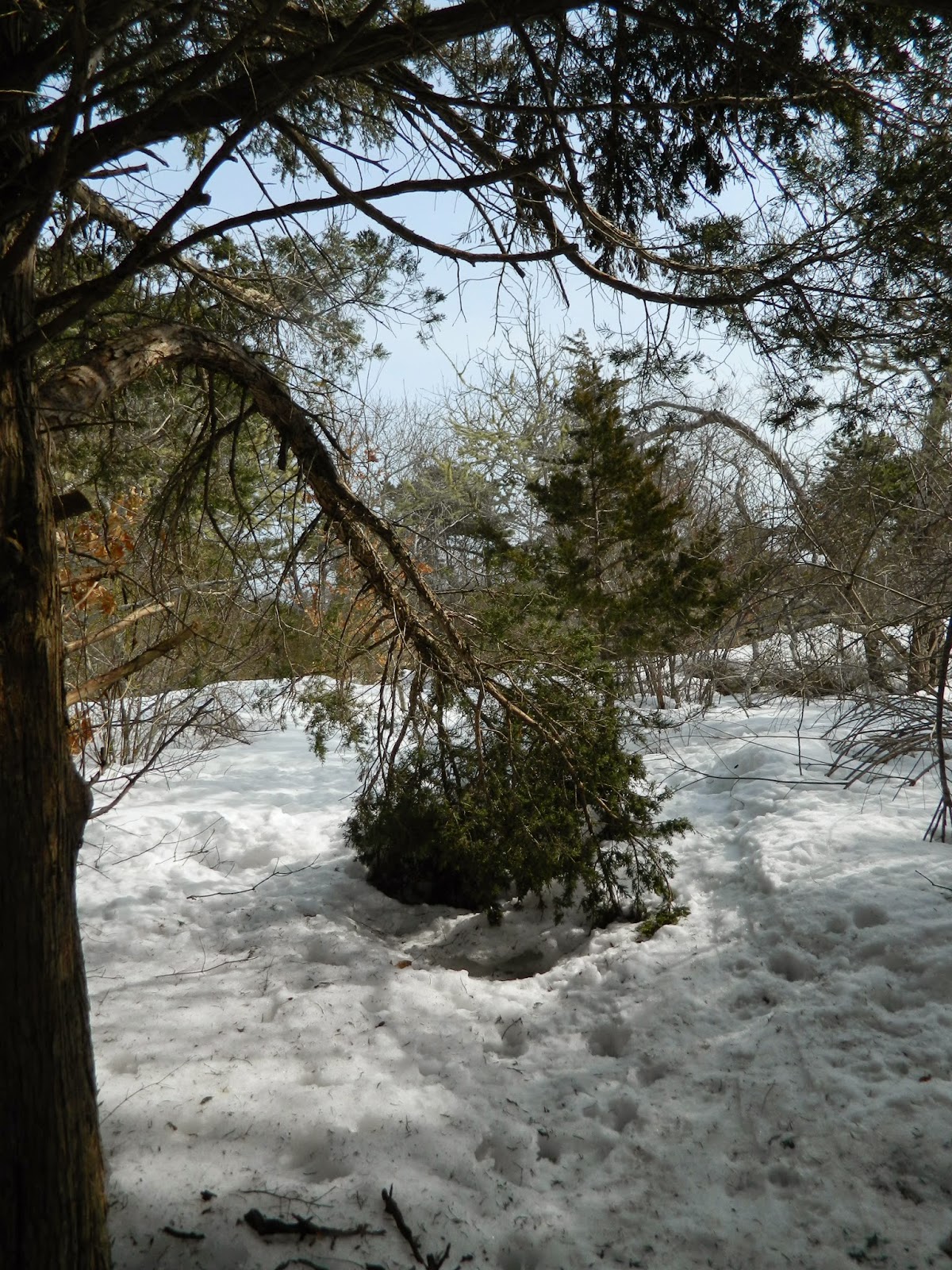 This broken branch, now frozen into the packed snow & ice
was providing necessary shelter for the wildlife that fit into the small insulated spaces. 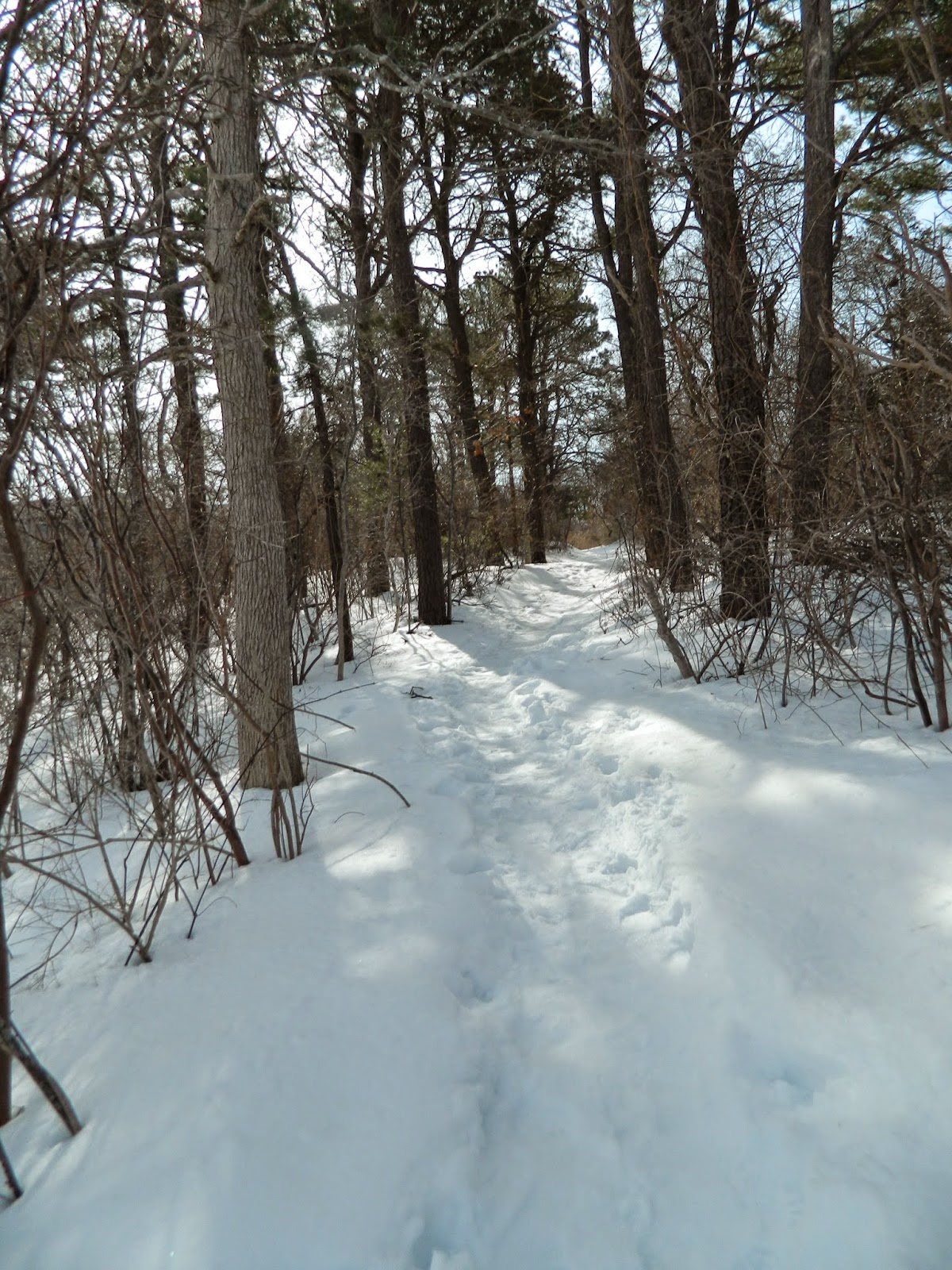