Birds are magical to me in a way and I talk about that in my presentation 'Birdwatching For Beginners'. ..what I mean is that it's amazing how easily they can, unintentionally of course, snap me out of a mood or re-focus my energies.  It's especially the case when I see a bird I cannot identify by sight or sound.  Sometimes I simply do not have TIME to figure it out, which is frustrating and challenging all at once.  I'm always excited for spring bird walks, because it's almost a guarantee that you'll see and/or hear migrants that have recently returned to the area, and that was the case on this beautiful Cape Cod morning in Brewster.  The Osprey have laid 3 eggs on the nest which can be observed through ospreycam.
As we marched across the marsh checking out the Osprey from a distance, pretty soon we were treated to Tree Swallows (first sighting for me 2014!) darting acrobatically overhead like they do, munching on insects.  The melodious Pine Warbler paid us a special visit as did the Eastern Towhee - just as I had hoped.  There was also more bird magic when one of the Osprey soared right over our heads, only about 20 feet up.  Tuesday Tweets is such a TREAT, and the birds get all the credit!  My photos from this morning are less than spectacular...there was SO much going on and all fairly quickly.  One hour does not give me much time for great photos - but below you can see the few that I did get.
(Double click on photos to enlarge) 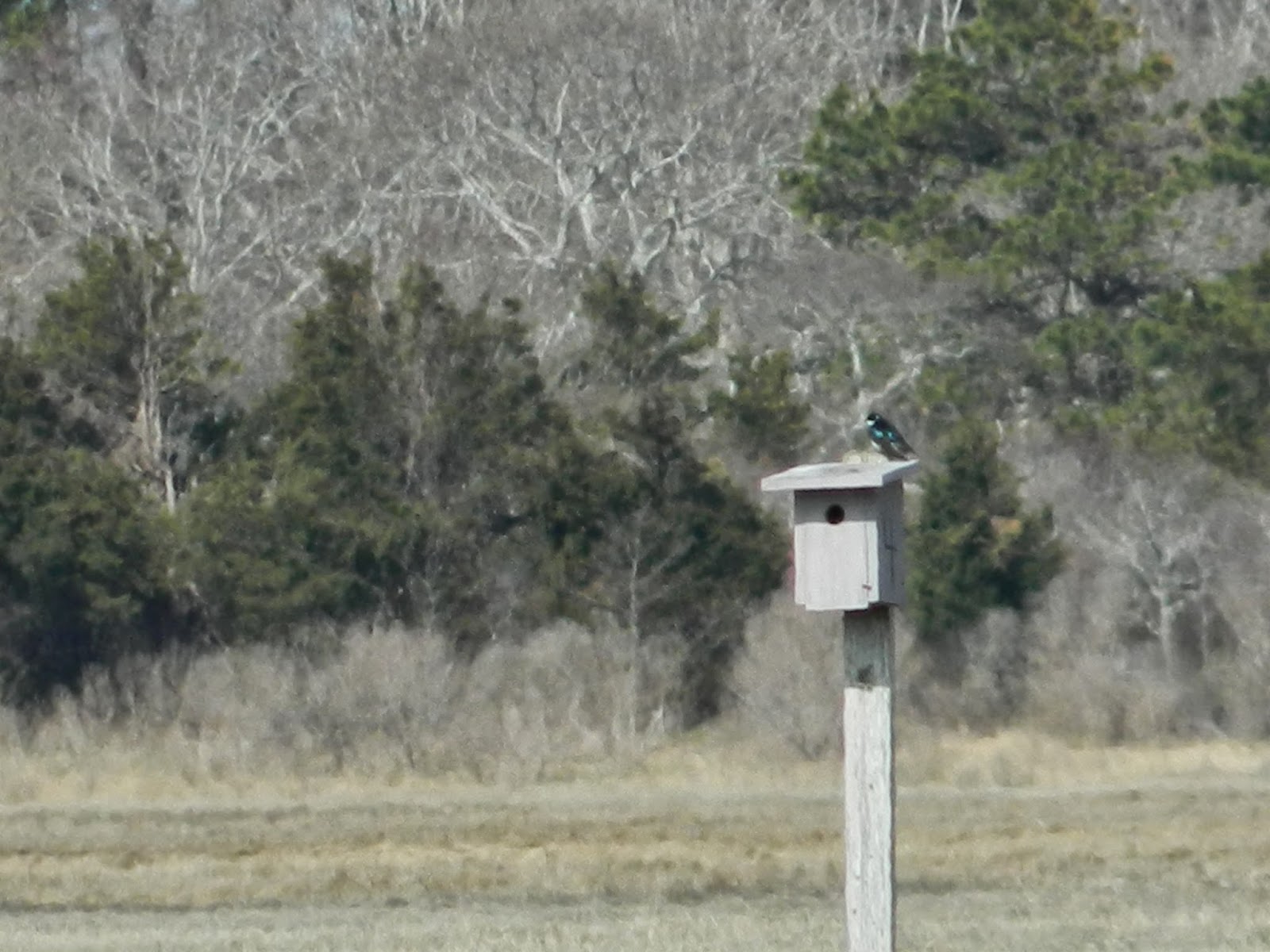 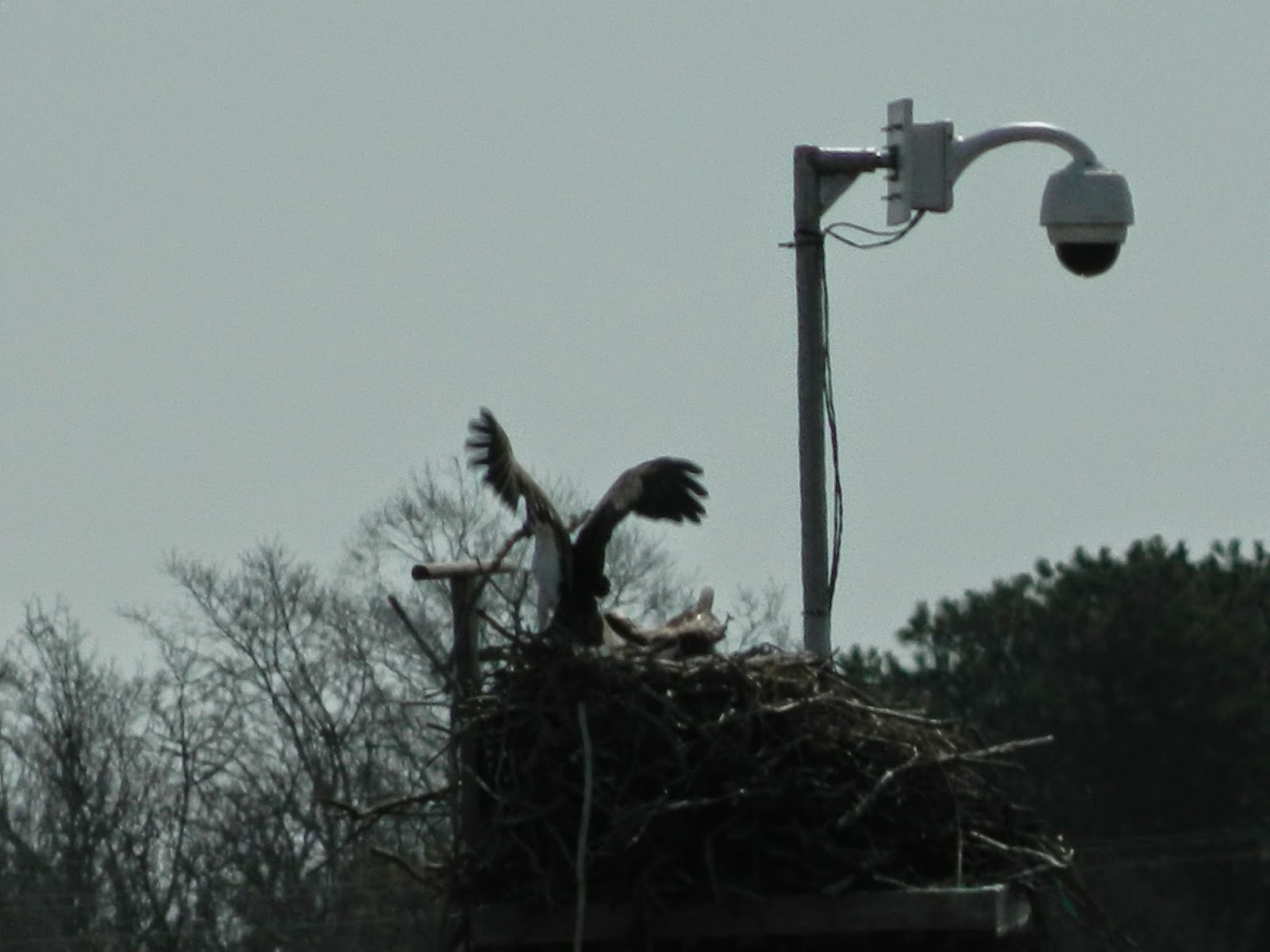 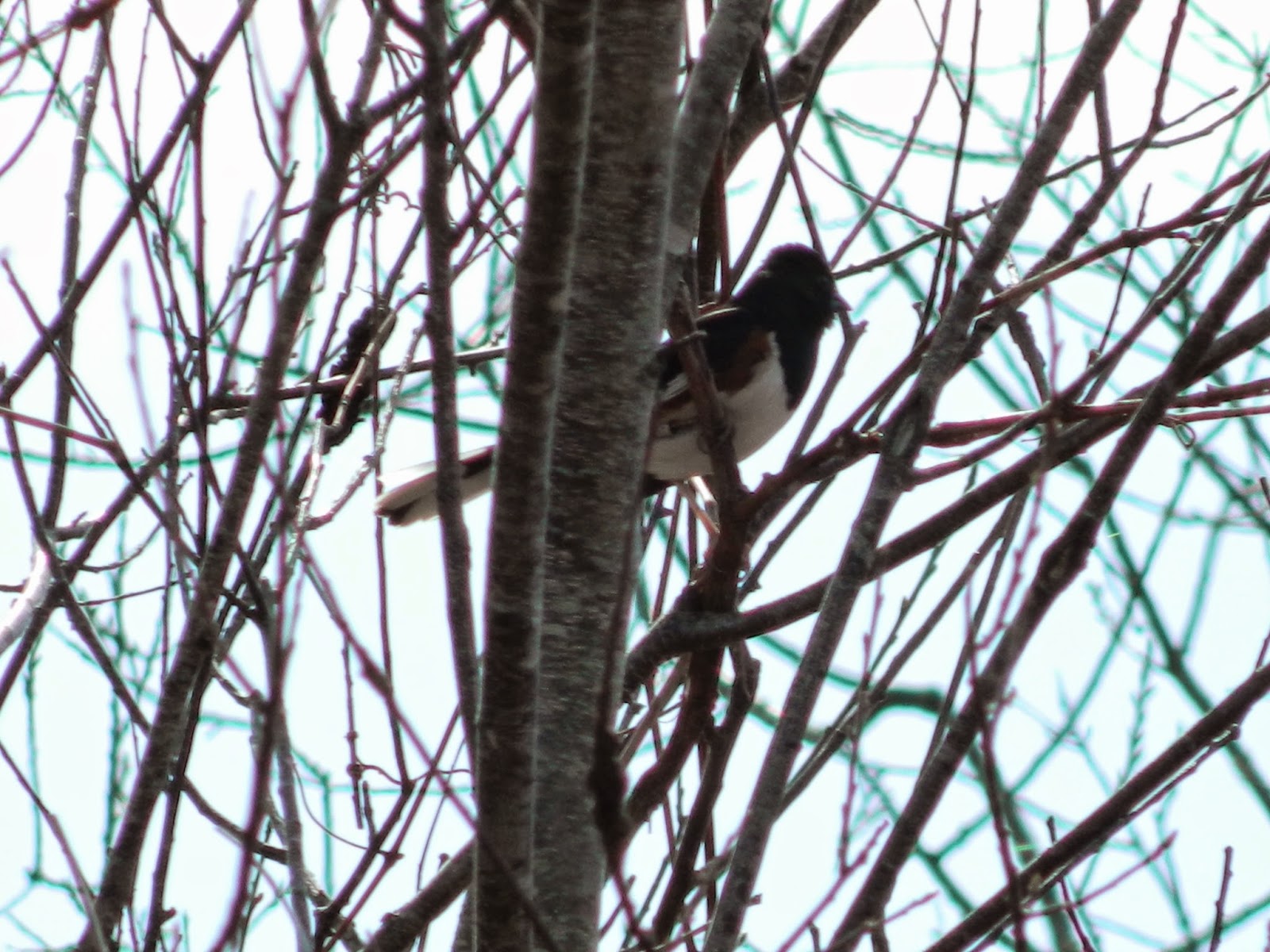 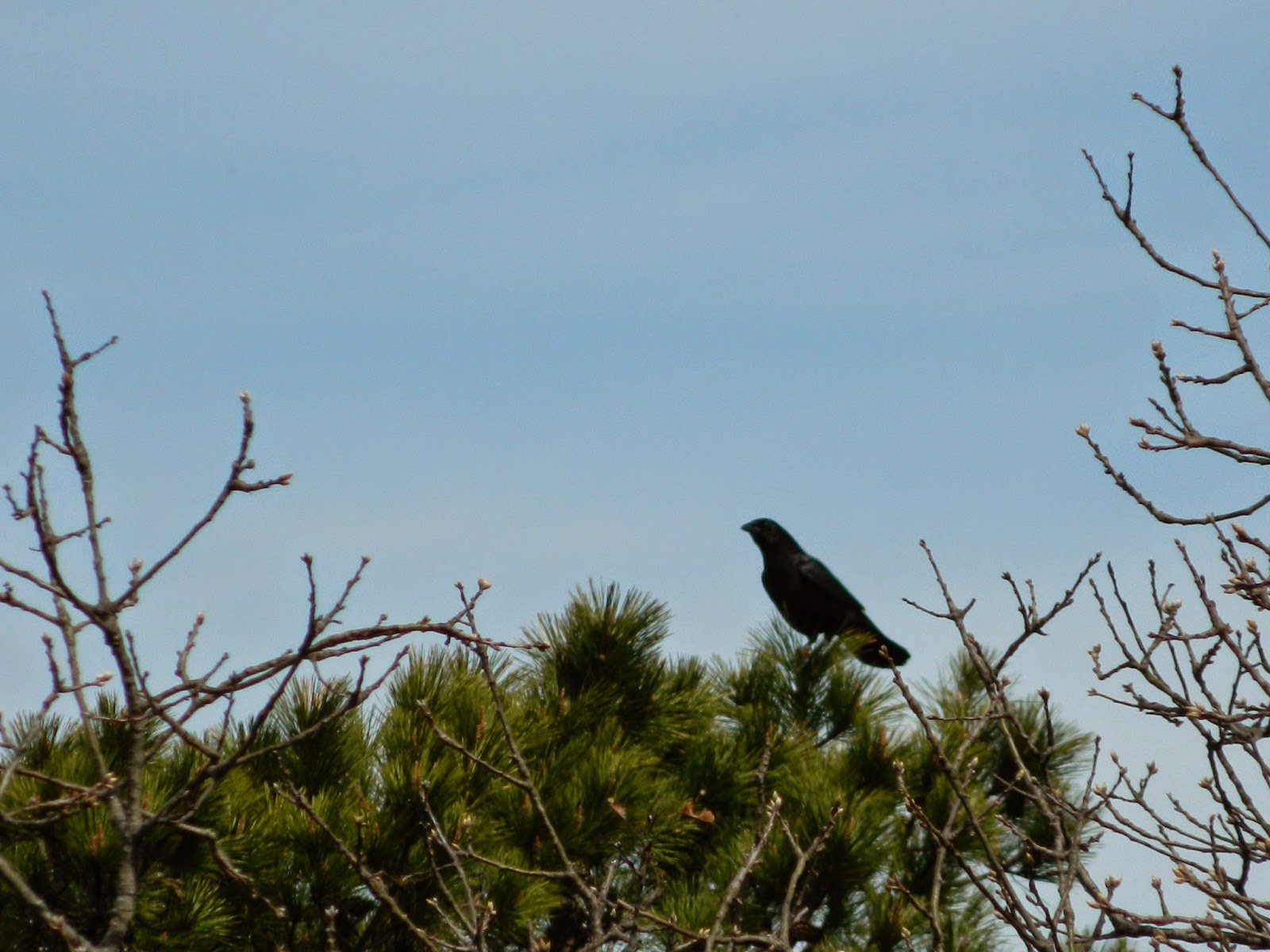 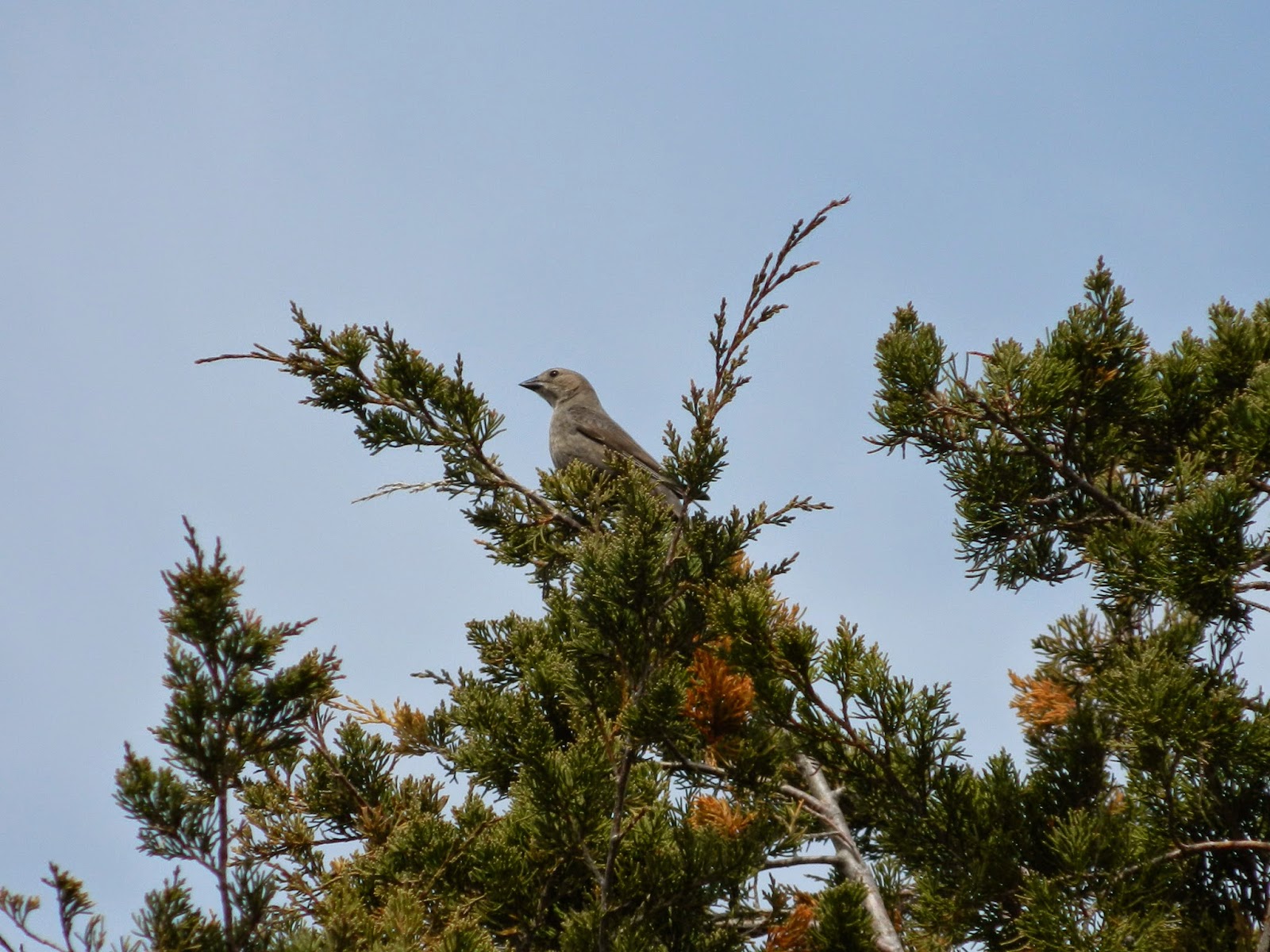 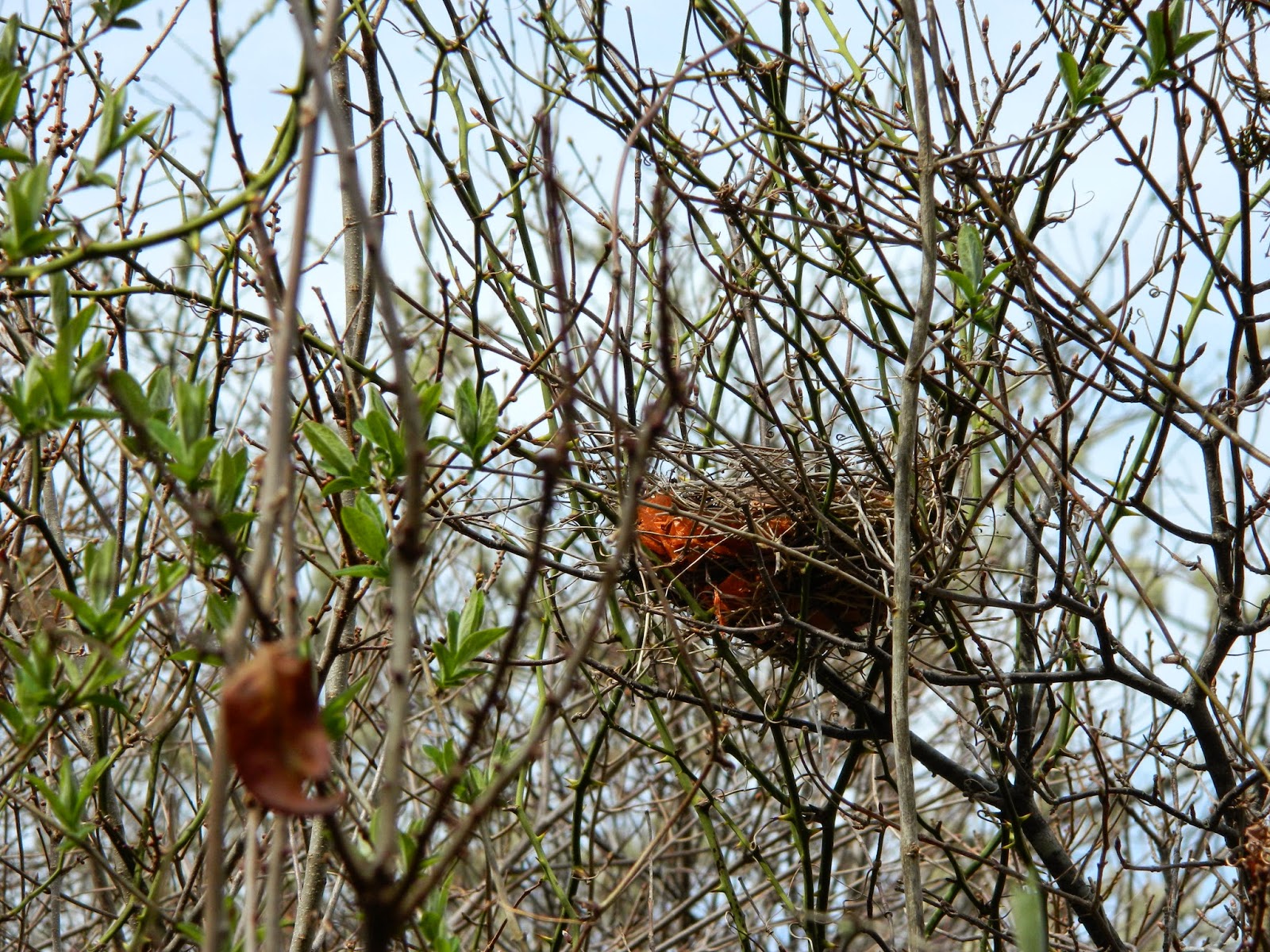 Nest along the trail
Next opportunity for Tuesday Tweets is 5.6.14 at 9:30am at Cape Cod Museum of Natural History, Brewster, MA  ($2Member, $4Non-member)
Happy Birding!
Posted by cape cod bird nerd at 6:09 PM