It is THAT time of year... when those of us on Cape Cod start aching for warmer weather. The bird nerds know the warmer days are coming when they start noticing migrants and budding daffodils and hopefully... the sound of the Osprey.  I've had to cancel the last two Tuesday Tweets due to weather and icy trails.  We didn't seem to have the best weather for our walk... until... it turned out to be one of the most prolific (species wise) walks we've ever shared together!  Sure it was rather raw out and even though we're craving that warmth of a new season, it doesn't much matter until it actually begins to warm up.  It really has not yet. We had the lovely symphony of bird song as we often do this time of year at the head of the trail near the museum.  As we moved through the woods there was bird song in every direction.  I was anxious to get to the shore...who isn't?  We were rewarded when we hit the trail that crosses the meadow by American Goldfinch who was already sporting his mating plumage!  What an exciting moment!  We arrived on the sands with more species to be spotted, including Black-bellied Plover & Brant.  A question arose about the endangered status of plovers.  Most of us who live and/or visit Cape Cod are well aware of the Piping Plover included on the Endangered Species List.  The only other plover I could find that was listed as such was the Mountain Plover, which is not an eastern species.

There were SO many Brant on the shore, still here for the season, but that won't last.  A lone American Crow was showing off her/his vocal clicking sounds.  I realize they are not necessarily showing off their vocal abilities, but I imagine, maybe sometimes they are.  We had enough time to enjoy the full loop of the trail, which is hard to resist when we have the time to do so.  As if the universe answered my request... just as we were crossing back over the salt marsh, we spotted a Red-tailed Hawk in the distance...and then... there she was... an OSPREY!  I just couldn't BELIEVE MY EYES!  She flew right over the marsh, gliding gracefully, quietly, but we saw her!  I wanted SO badly for us to see an Osprey today... and amazingly enough - we DID!  Then of course, a Great Blue Heron upstaged her...but just a bit!  It was a thoroughly enjoyable Tuesday Tweets!   I have to thank Merrily, a staff photographer from the Cape Cod Times, who joined us on our walk this morning.  I like to think she got some wonderful bird photos.  Rick was there as well and his photos are listed and credited below.  What a morning! (double click photos to enlarge) 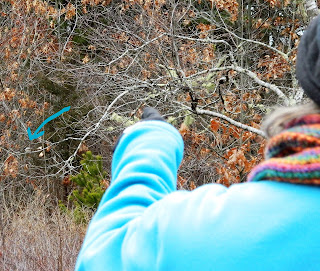 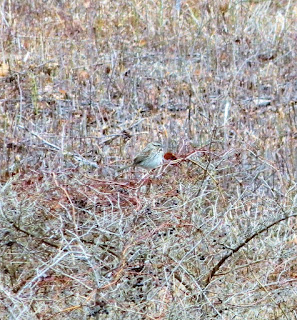 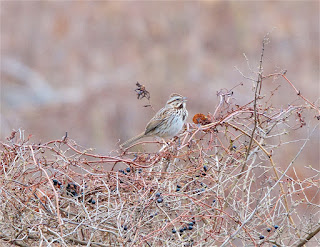 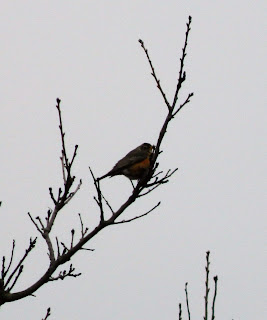 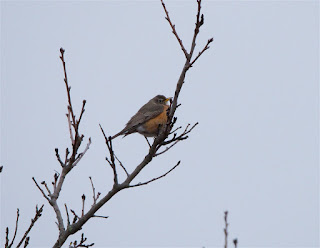 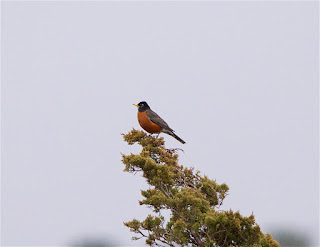 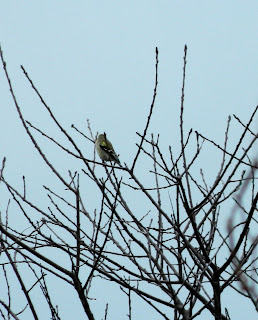 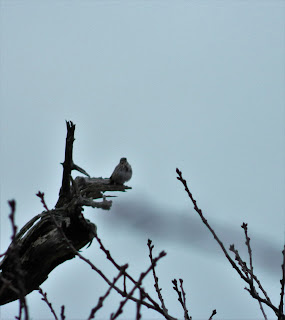 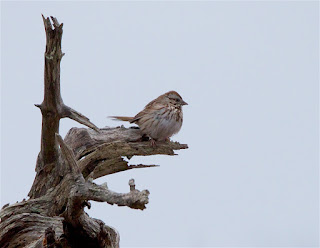 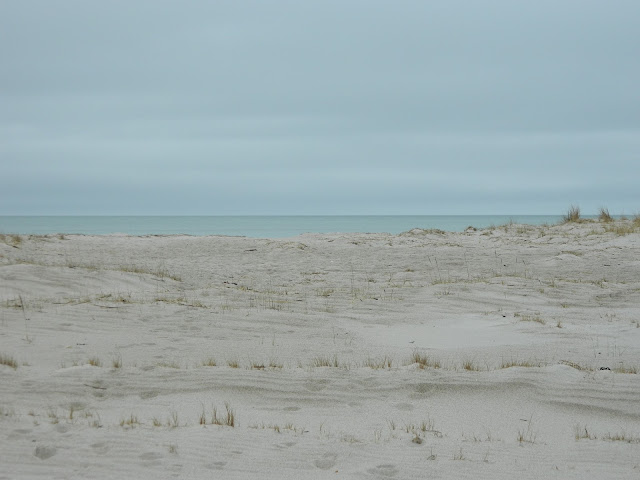 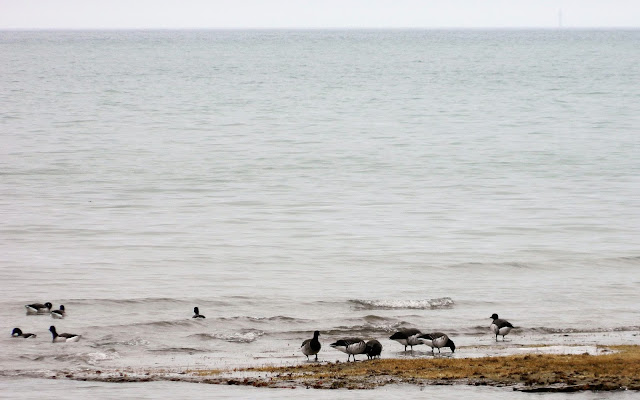 Brant - you can faintly see the Pilgrim Monument in the background 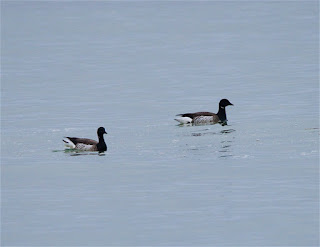 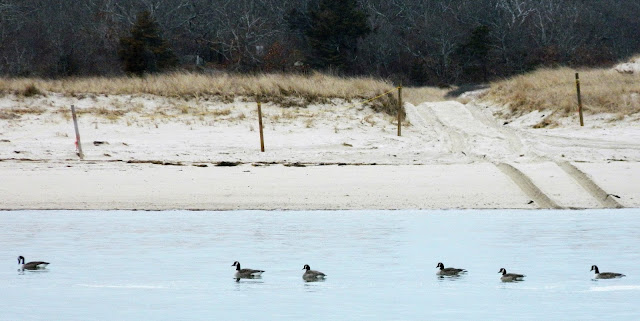 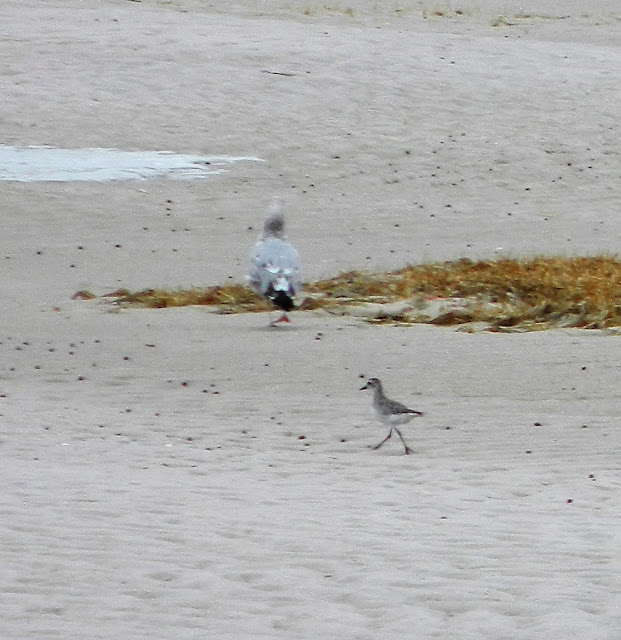 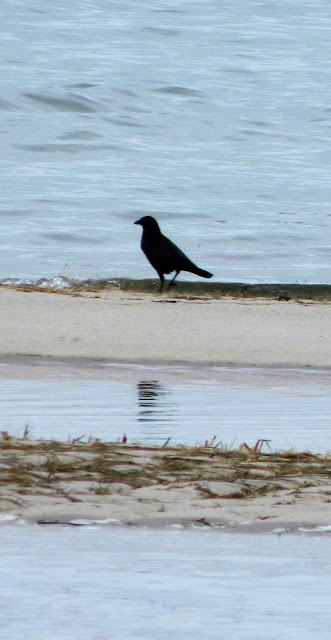 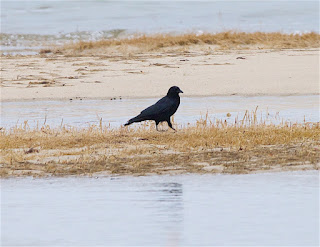 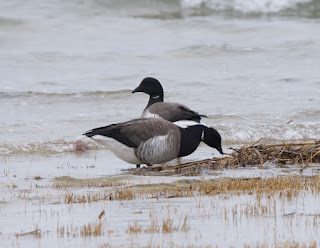 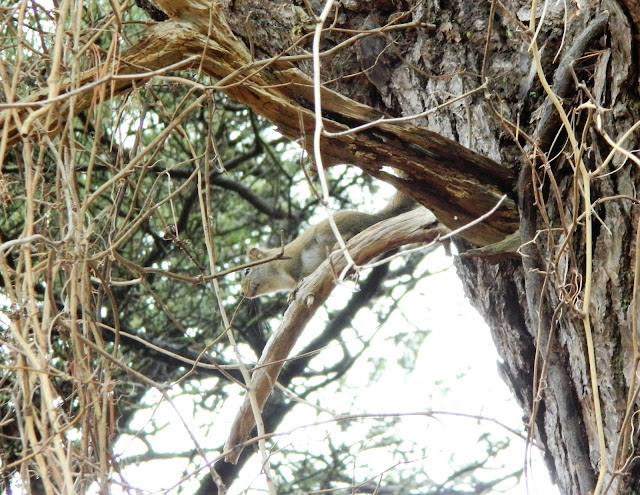 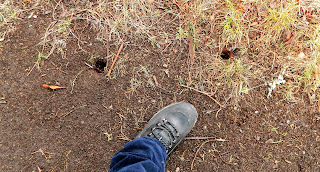 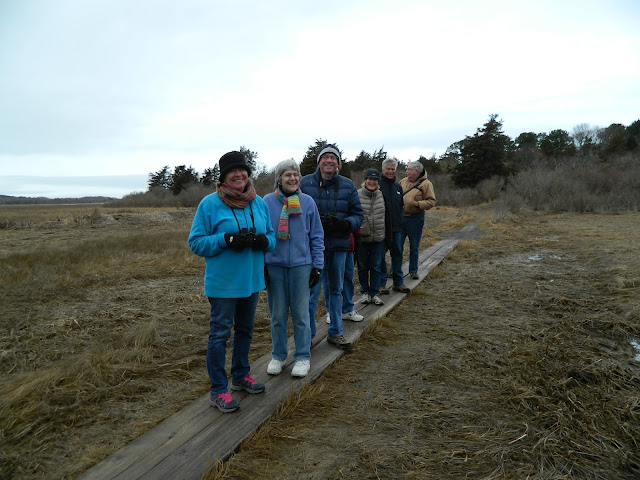 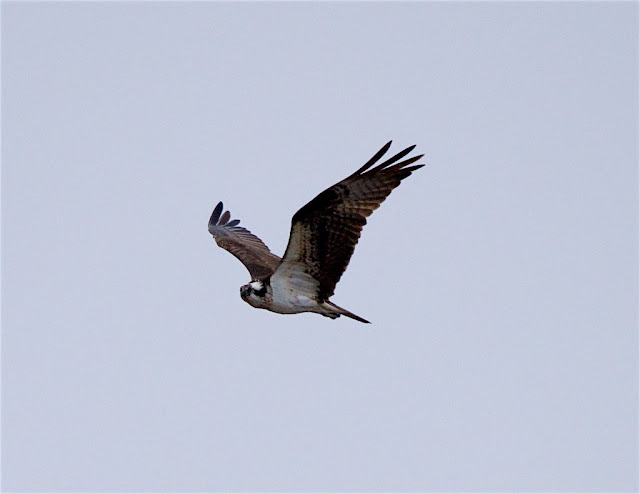 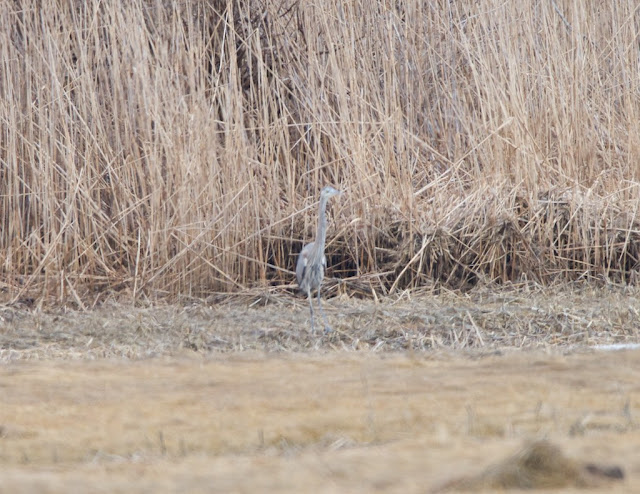 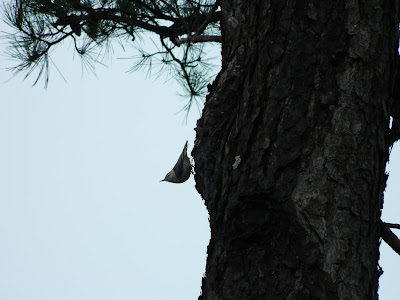 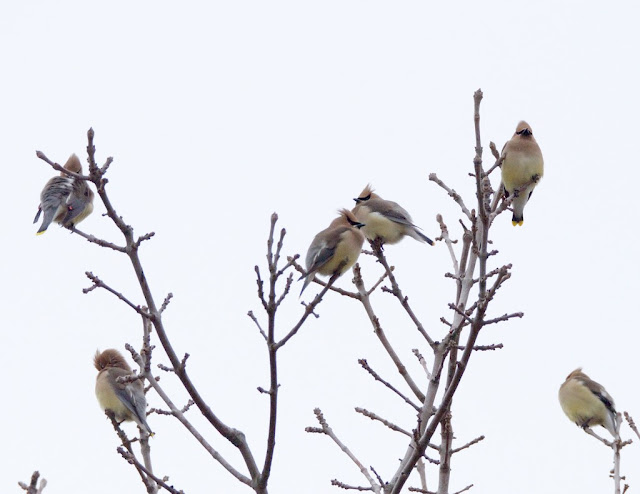