3.14.17  Cape Cod Museum of Natural History will be closed today and all programs CANCELLED...INCLUDING TUESDAY TWEETS.

This storm that's on its way is not supposed to leave too much snow on Cape Cod, but the winds that are supposed to increase as the storm approaches are expected to gust over 70 mph.  Inland they are predicted to receive any where from 12-24" of snow and schools and businesses are closed in anticipation of what we have coming our way.   Yesterday I was at the museum to pick up flyers I deliver to the local schools to promote Science On The Street, an annual STEM event that's happening this Saturday March 18th at the museum 10am-1pm.  I will be there with my own activity combining ornithology, with engineering and math.

While at the museum I wanted to take a look out the Marshview Room windows to see who was out there filling up their bellies, bulking up for the impending storm.  Well out there they were, feeding like crazy & taking advantage of what I call the museum's drive through window.  How do the birds know that a storm is on the way?  How do they know to eat extra food so they can store fat for body warmth & survival?  While I understand there is no way to prove this, I have a theory of my own.  If you've ever seen Disney's 101 Dalmations, when the puppies are in trouble far away from home, Pongo & Perdita initiate "the Twilight Bark", a canine communication of sorts that passes information, dog by dog, town to town... much like the childhood game Operator. I like to imagine that the birds do the same. There's communication there. Storm coming... eat as much as you can, then find shelter to make it through.  It's not easy being wildlife in storms, and as crazy as it sounds, of course I'm concerned about the migrating Osprey... they are on the way.  This is the week they have arrived at the museum for many years in a row.  Wouldn't it be amazing if they arrived while Science On The Street is happening on Saturday...?!  (double click photos to enlarge) 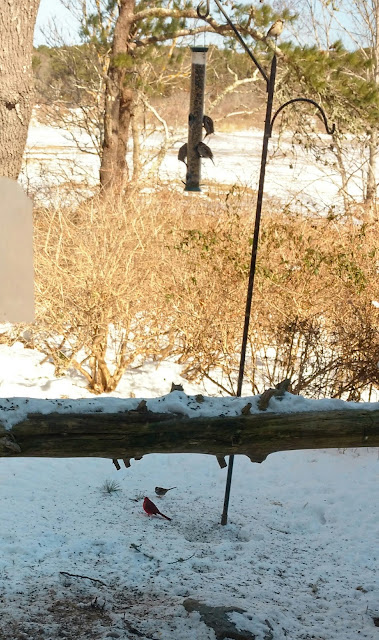 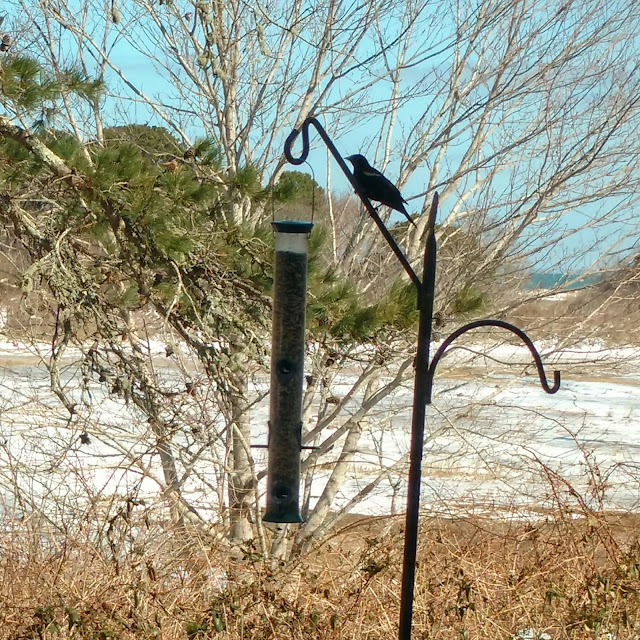 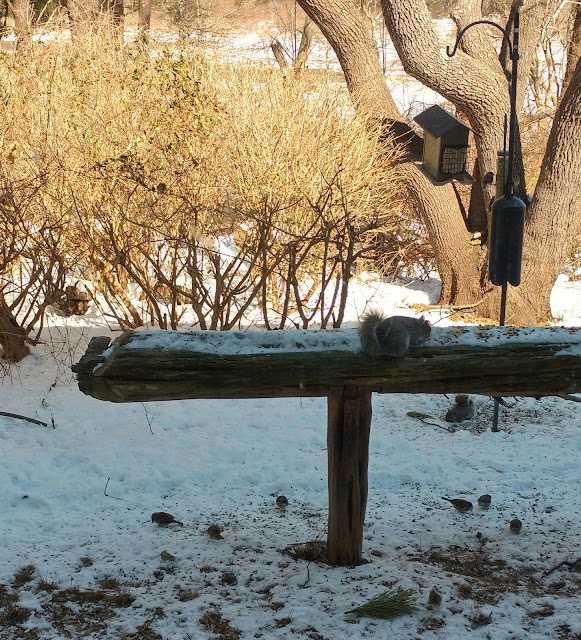 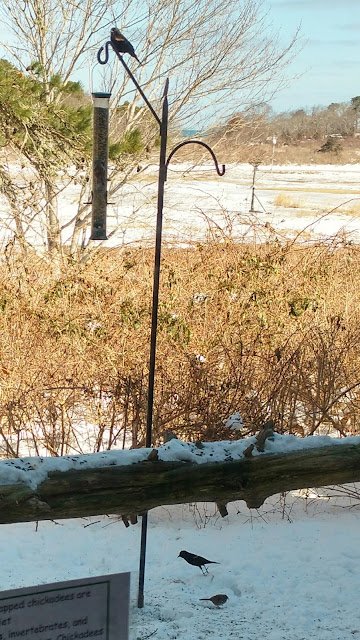