SPRING!  Happy Spring!  It is HERE....and in the typical Cape Cod Spring fashion, there are very cold winds whipping the coast, but the sun is shining...time for a good morning beach walk.  What kind of a jerk would I be if I lived here and didn't fit in walks on the beach? Being surrounded by the ocean is such a gift, and it's certainly one of the reasons I moved here.  I had to get out to see what I could see and to feel the wind on my face.  I'm also excited for the arrival of Osprey... a little late this year so far in comparison to earlier years.

There were Red-breasted Mergansers diving in the salt marsh, and as I approached the rotary at West Dennis Beach, I could see American Black Ducks diving in the marsh and Common Grackles flitting this way and that over the dunes.  I was glad I bundled up for the elements, and I had the sunshine to warm me, but it was COLD... and it was beautiful. There are so many treasures on the beach, shells, rocks, sea grasses & lichens, exoskeletons of crabs... and of course... the birds.  The solitary Common Loon I spotted was feeling camera shy and I only had my phone camera for pictures, so anything close up (not alive) came out pretty good.  All others, well... maybe you had to be there.  It was an ideal way to begin a new week, a new season, a new spell... 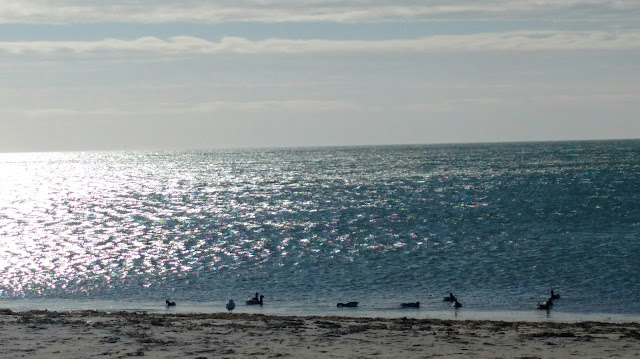 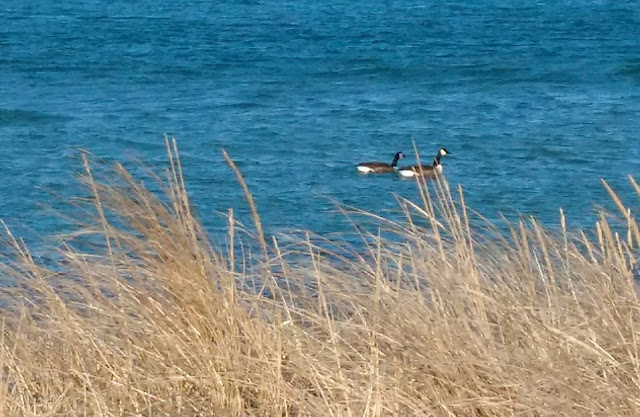 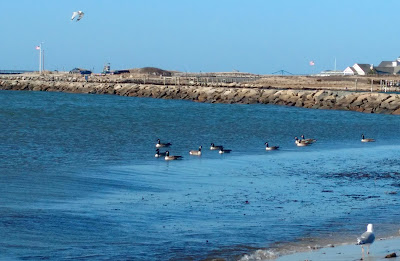 Canada Geese & Herring Gull
at the mouth of Bass River 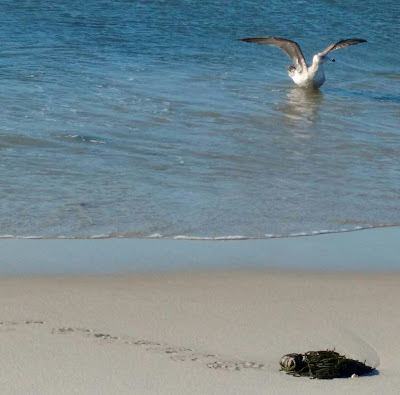 This juvenile Herring Gull seemed to be playing with this
shell and seaweed that were attached...s/he walked into
the waves when I got too close for comfort, but still posed for a photo. 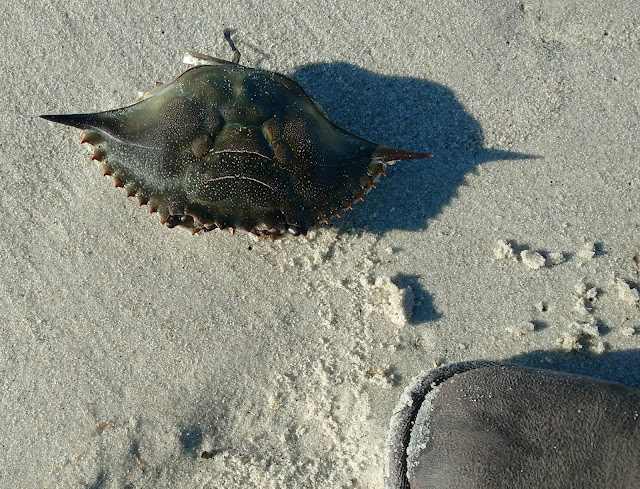 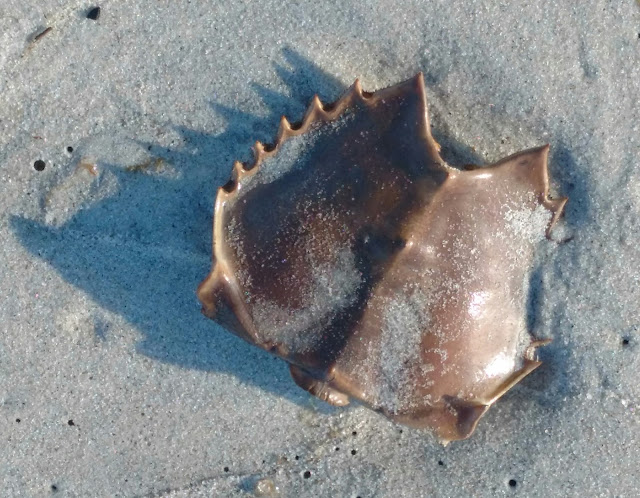 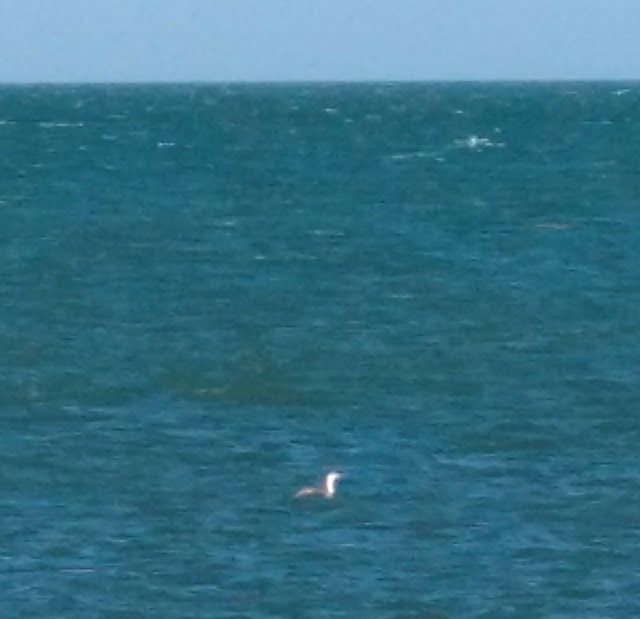 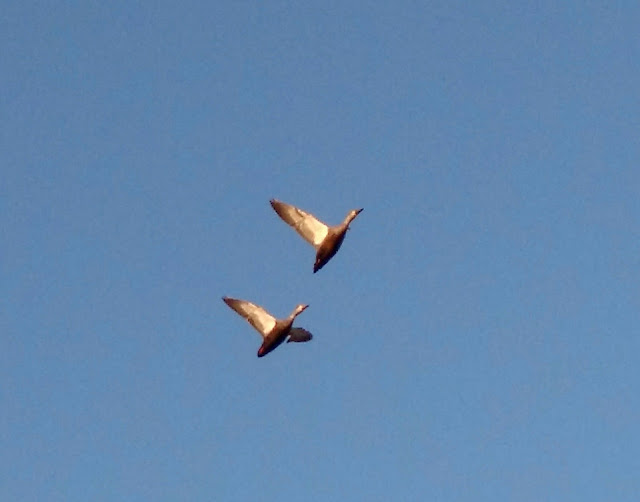 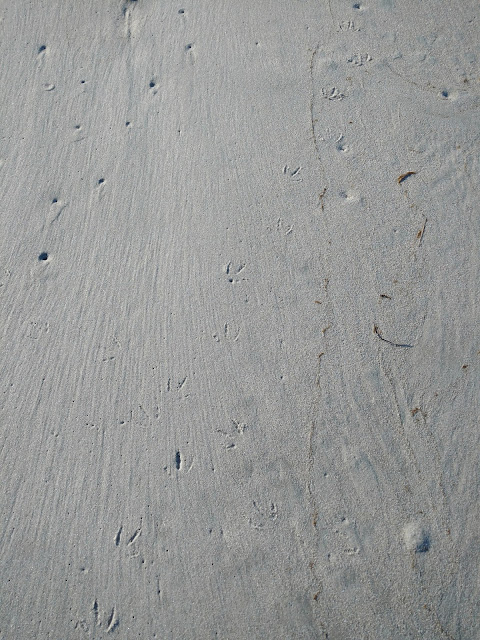 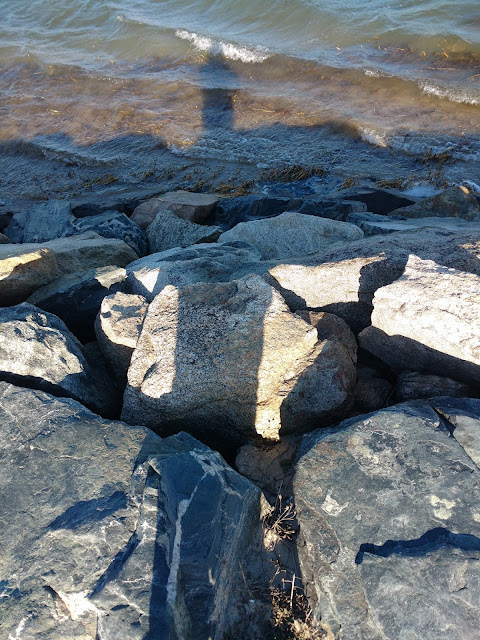 Matching rocks underfoot on the jetty of Bass River 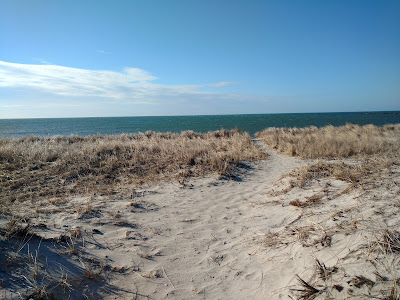 Happy Birding!
Posted by cape cod bird nerd at 8:15 AM