I LOVE surprising the KidSummer Kids with their new set of binoculars - theirs to keep for the duration of the week, and to bring home when our time together ends Friday.  At first, we took advantage of the pre-opening half an hour we get in the museum by visiting the aquarium. There is a tidal pool exhibit, which when I was a kid, we were able to enjoy as a touch tank.  The reason that stopped being a touch tank at the museum was that all of the chemicals we inadvertently carry on our hands began to not only contaminate the tank, but also kill the animals in it.  That's one of the reasons Mudflat Mania was born!  You've gotta check it out sometime!

We had a cloudy and overcast morning to work with.  The colors of the sky covered in all sorts of clouds added a unique beauty to the salt marsh.  There was a rain storm coming, nothing serious, but it was on the way.  Somehow we were able to still see and hear so many species.  Often it is the case that when a storm's a brewin'... the birds are not so active, they're seeking shelter.  Well we beat the rain with our walk & to catch a glimpse of a hunting and then flying Great Egret!  I like to think these bird nerds are learning the calls and songs of the birds we are seeing and hearing. (double click photos to enlarge) 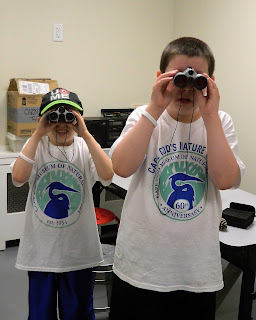 SURPRISE!  Your own new set of binoculars 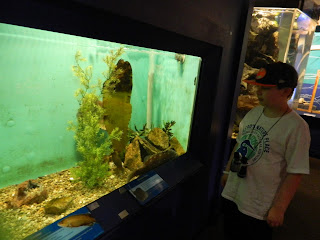 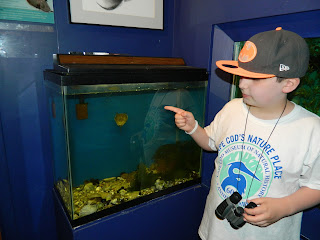 Horseshoe Crabs are a species that have existed
for more than 400 million years!  This one
was doing "the backstroke". 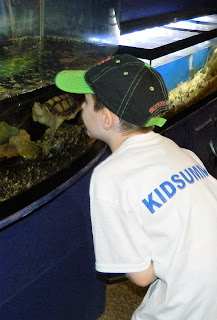 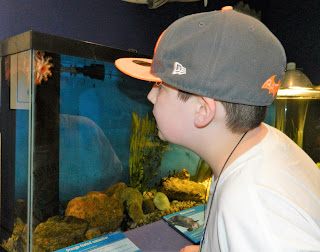 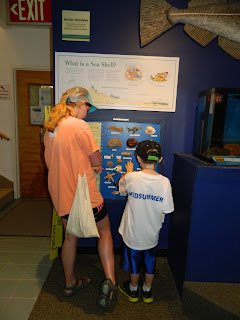 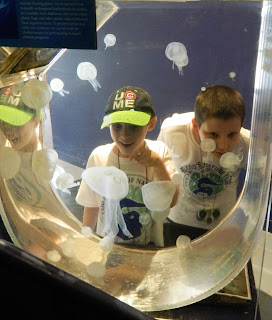 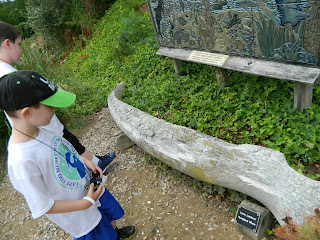 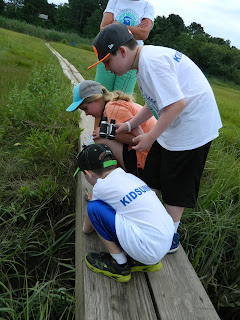 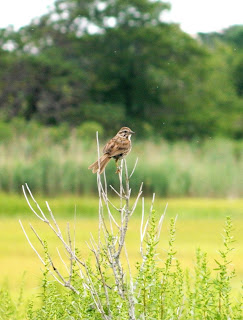 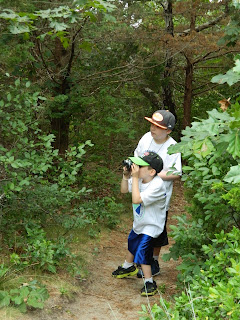 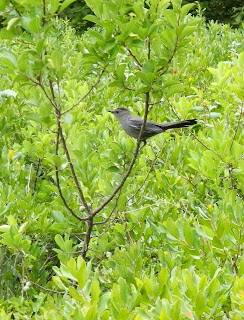 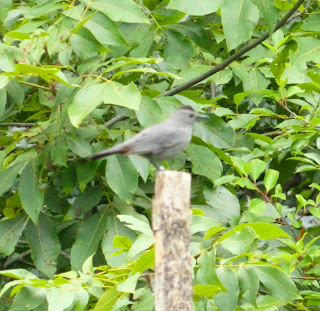 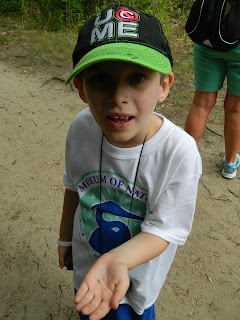 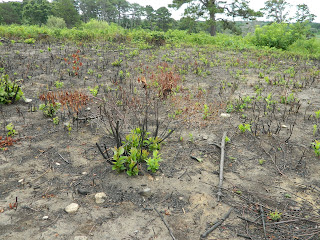 Notice all the new green growth
all over the controlled burn in the meadow. 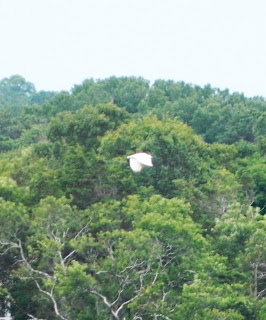 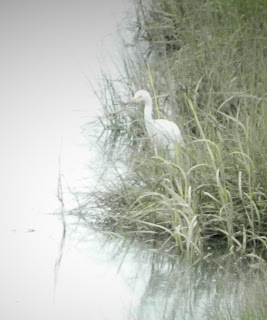 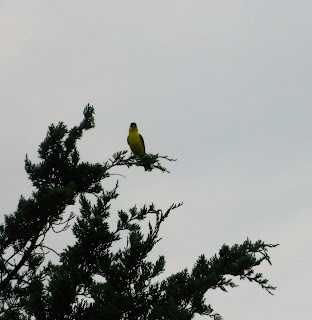 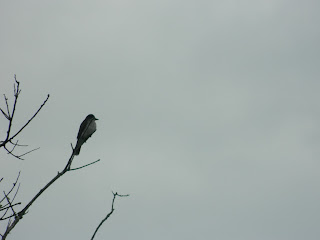 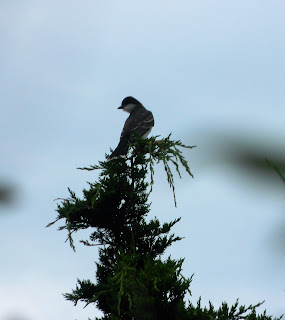 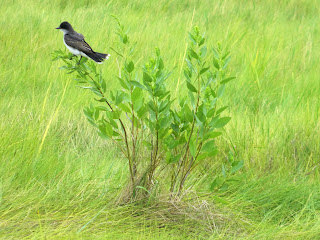 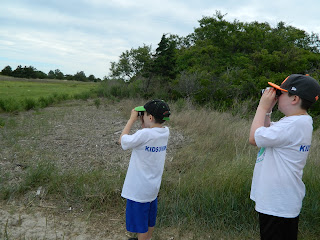 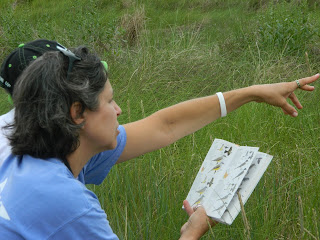 Comparing the guide book to our bird findings on the dunes 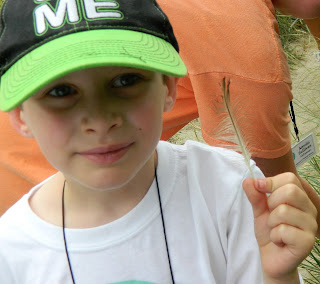 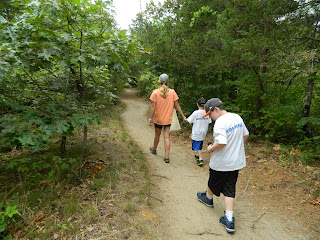 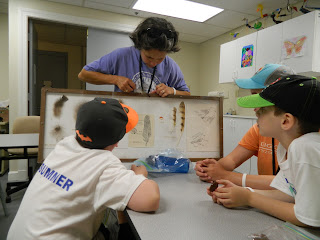 Comparing the found feather to our feather chart