FINALLY!  We got to see the Osprey pair in action this morning!  We missed them the last Tuesday Tweets as there's been some wacky New England weather we've had to deal with.  This usually makes me concerned for migrants... especially because I've heard that someone's spotted a Ruby-throated Hummingbird in Falmouth just last week!  Sigh... when you care about wildlife and wonder how the heck they DO this - SURVIVE in such harsh conditions, no winter coat, no heat, no home cooked meals... well, it's just who they are I suppose.  I still worry though, but I do understand they're wild animals.  The local Osprey seem to be EVERYWHERE you turn & drive here on the Cape, which is such a welcome sight!  Yes, even if they poop on my car as I'm driving by... what'cha gonna do?
We had an exciting FOX SIGHTING on our Tuesday Tweets this morning too!  What's awesome about bird lovers, is they're nature-LOVING, so it was a sweet treat getting to observe the fox hunting, successfully!  We saw him pounce on the marsh and trot off with his freshly captured breakfast, perhaps for himself, perhaps to feed his family.  Some of us caught a glimpse of a Red-tailed Hawk as well when we stopped off at the solar calendar & field on the John Wing trail.  I also noticed a Tree Swallow swooping above... we soon saw three more dancing above the meadow together.  Hopefully their nesting in the boxes that have been set up on the salt marsh & meadow.  We didn't get great views of the American Goldfinch that were sneaking around, this way & that.  We fortunately were also happy to hear a couple of Pine Warblers warbling away in the pitch pines along the trail. Somehow, we managed to dodge most of the raindrops.  If you're lucky enough to live near a pond or any wetlands, the spring peepers have escalated their peepings at dusk.  Isn't that the happiest sound!  Spring has sprung!  Hooray! 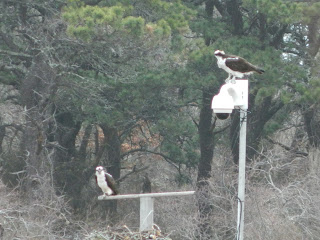 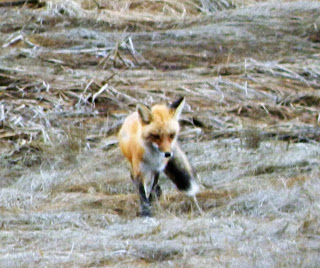 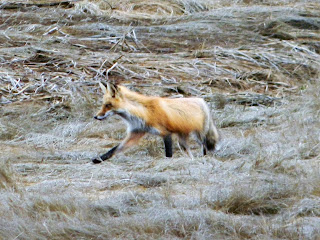 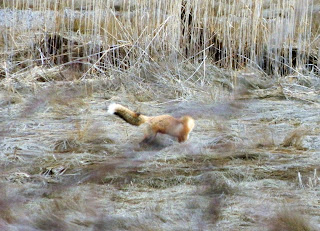 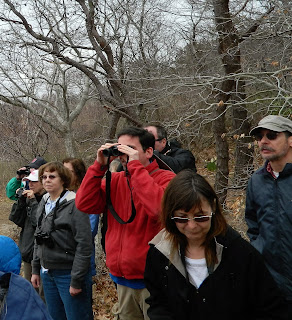 Bird Nerds!  What a fun bunch! 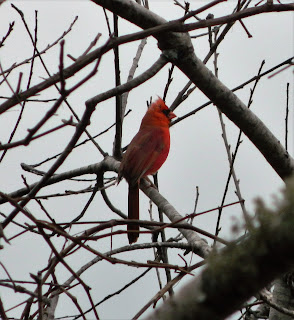 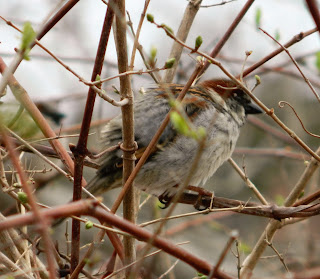 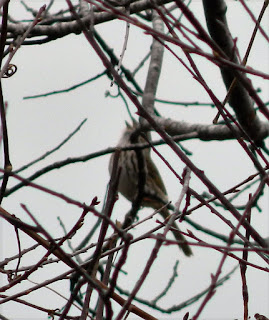 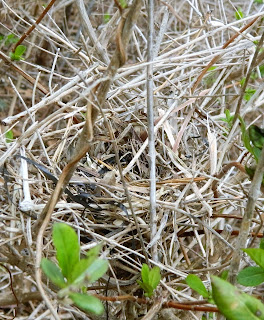 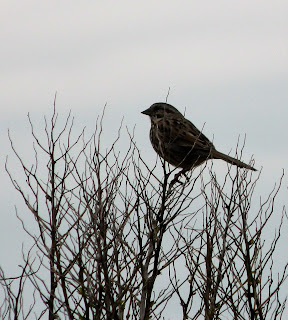 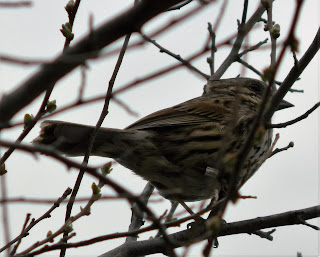 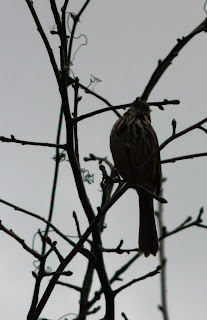 Song Sparrow with another serenade 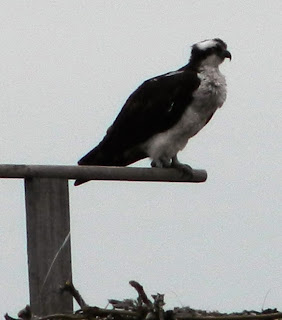 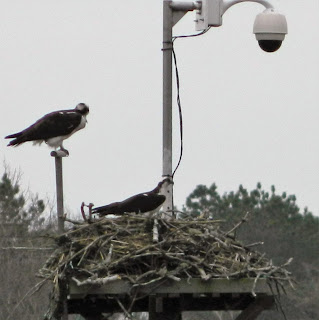 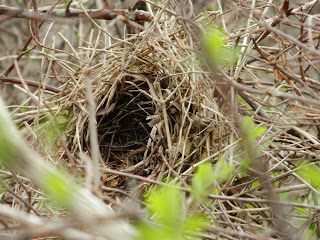 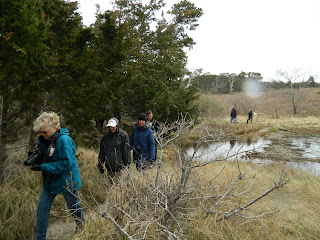 Bird Nerds hiking around the mudpuddle 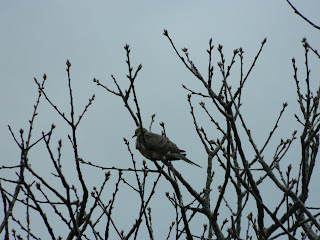