What is it about fog over a salt marsh that makes it more alluring?  There were about 100 gulls, Herring and Great Black-backed, all waiting for that moment when a herring might swiftly swim past them up the creek.  We all knew quite well when that happened because of the gull symphony!  They're so often stealing fish from one another...little thieves.  We often head in the other direction for Tuesday Tweets, north toward the ocean... but the Lee Baldwin Trail was calling us, especially after someone mentioned the Great Horned Owl nest that was on that side of 6A last spring (click to go to 5.7.14 for photos).  Well that nest seemed long gone, but we had quite the bird show south of 6A.  We spent so much time on the viewing platform, because we kept hearing and seeing birds, so we didn't get too far, but it's really not about the distance I always remind myself, it's about being out there and seeing, hearing & smelling outdoors.  Brewster never disappoints.
(double-click photos below to enlarge) 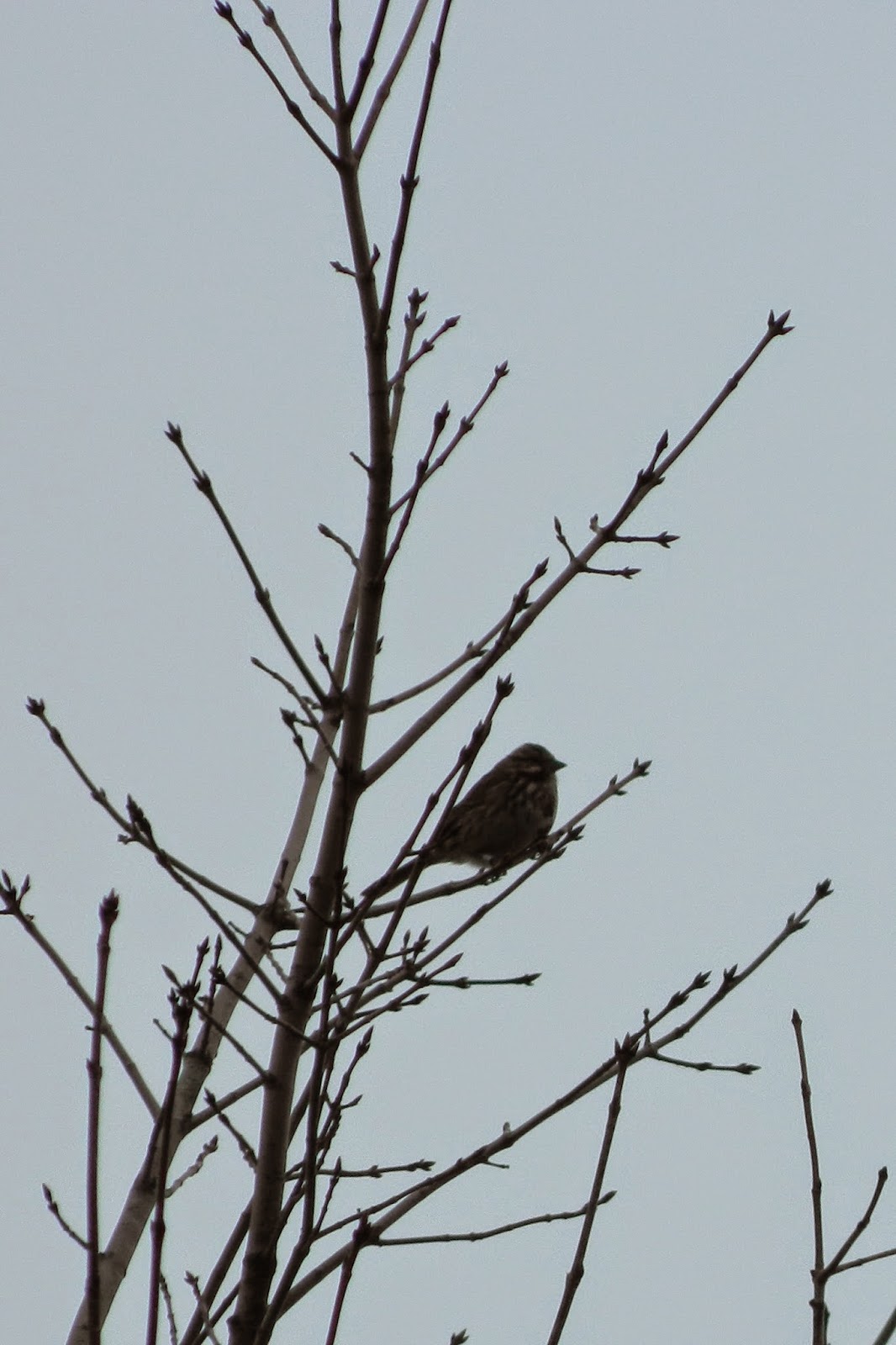 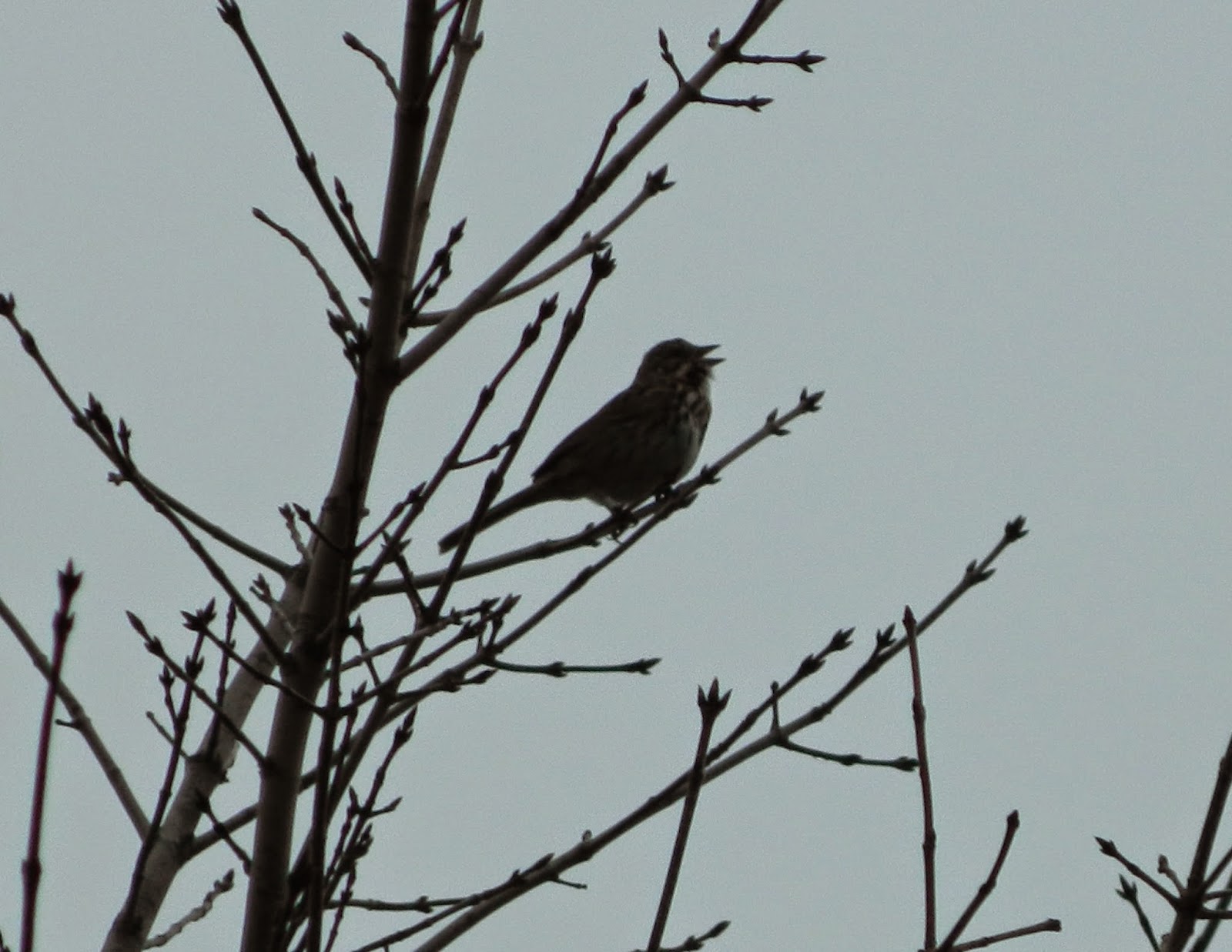 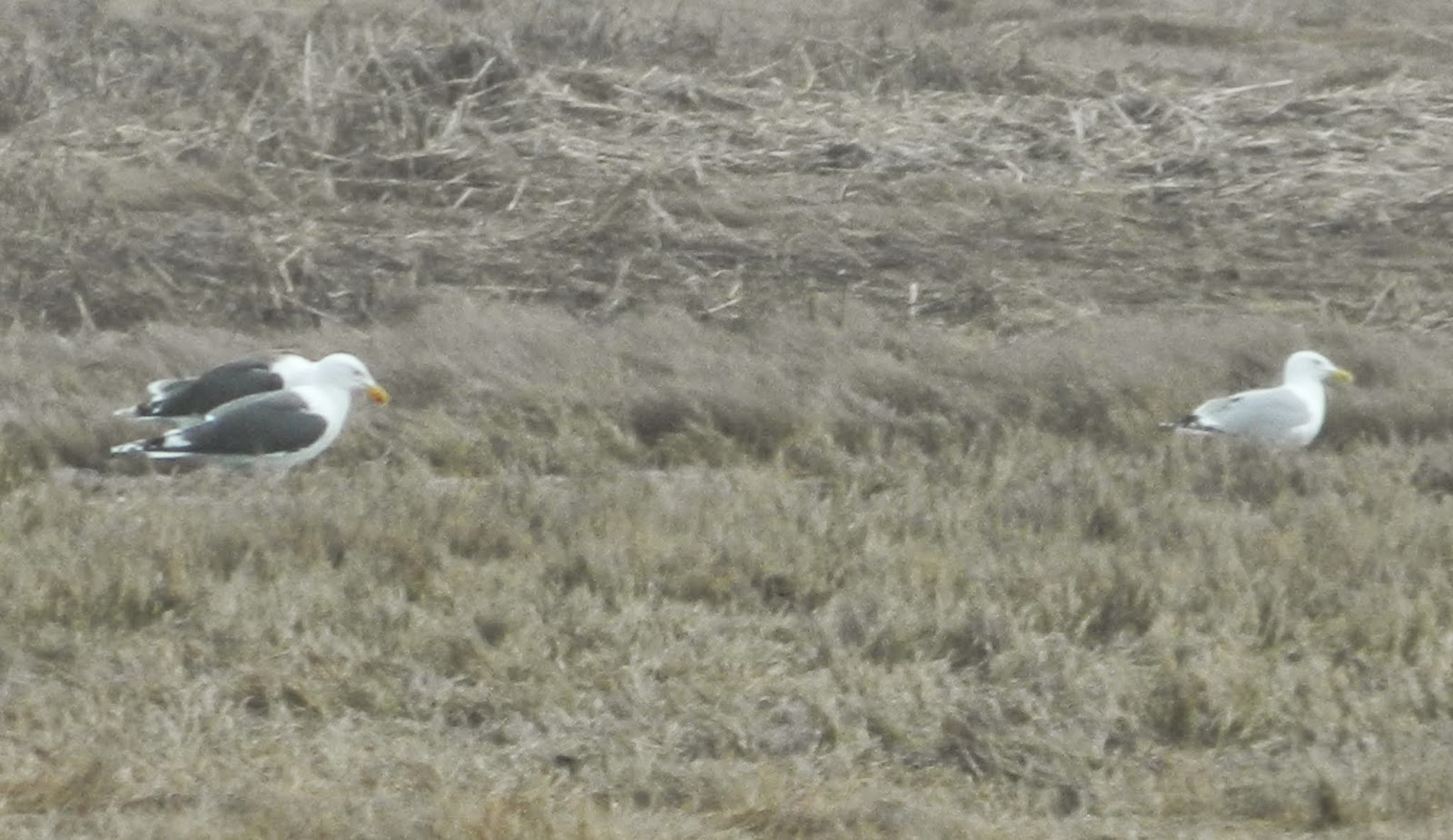 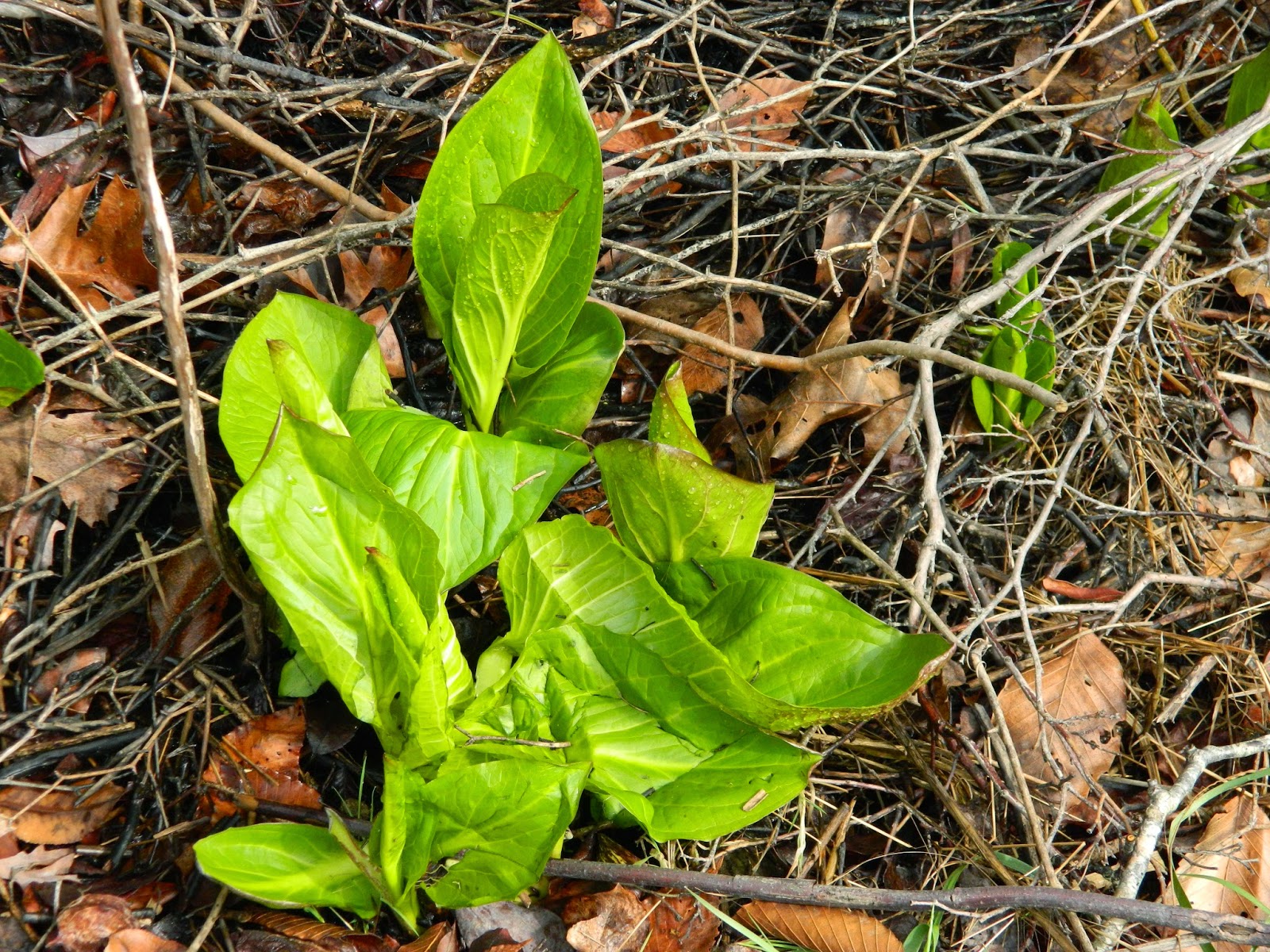 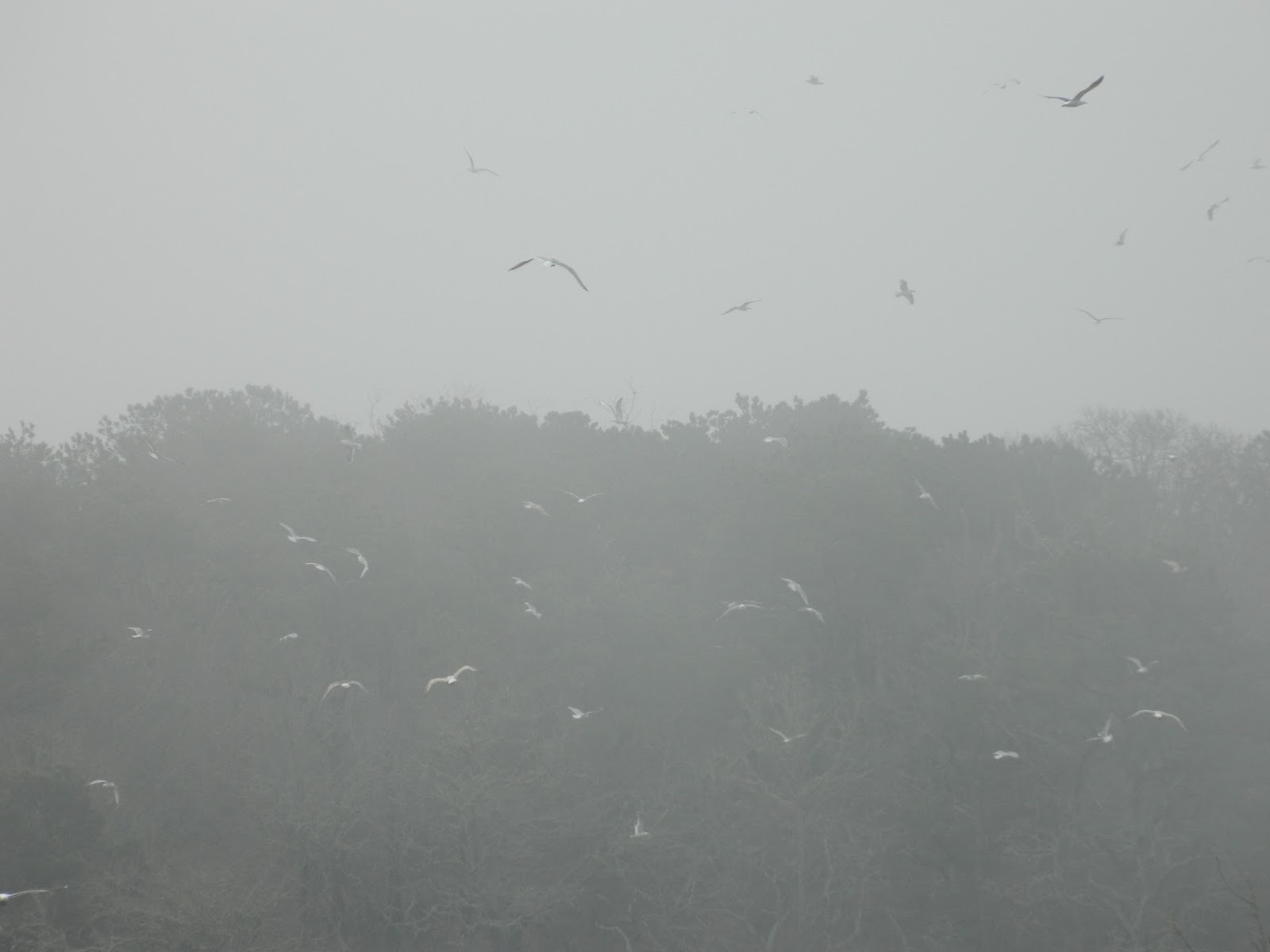 Gulls in the fog - maybe not as enticing as gorillas in the mist... 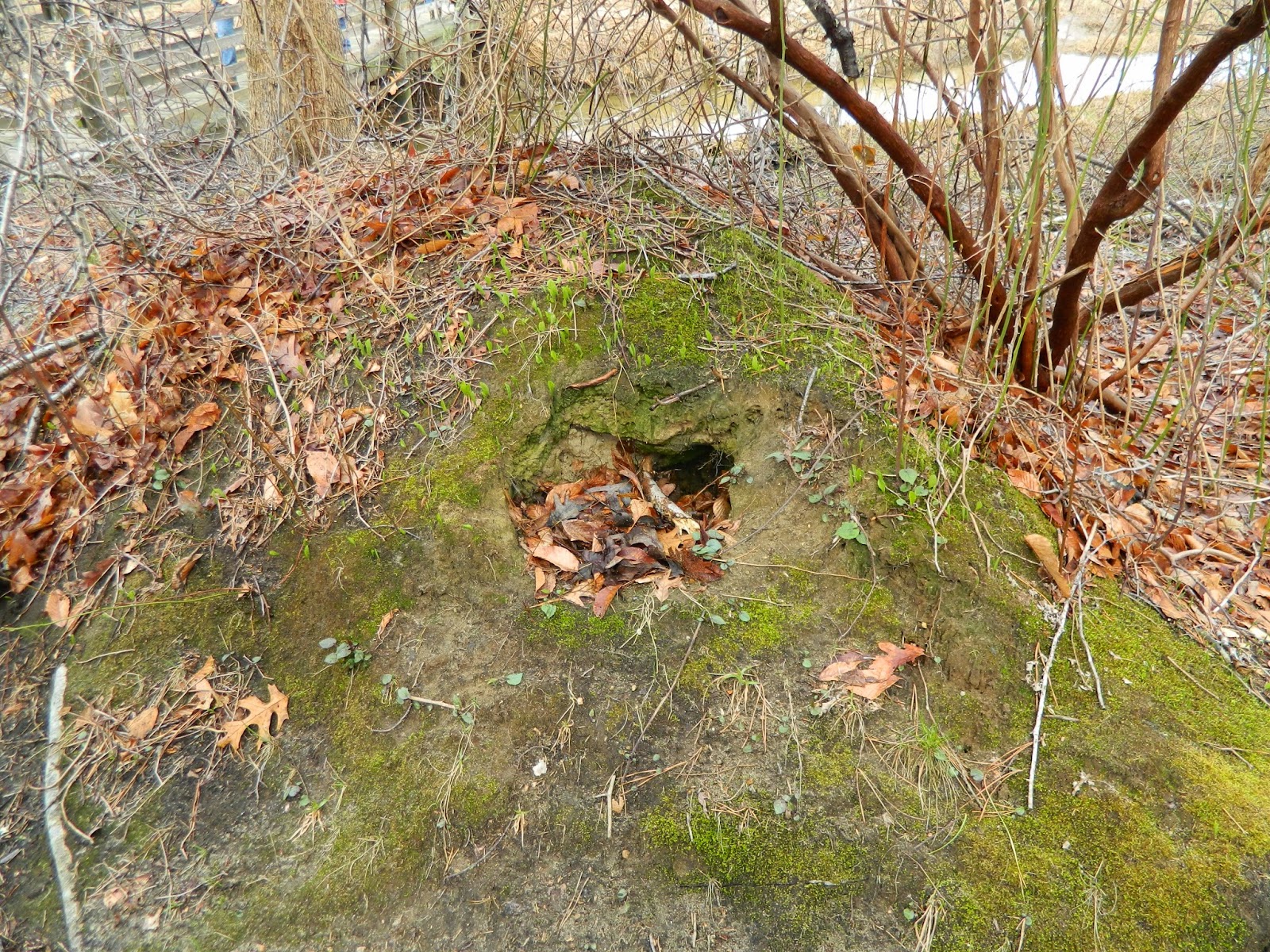 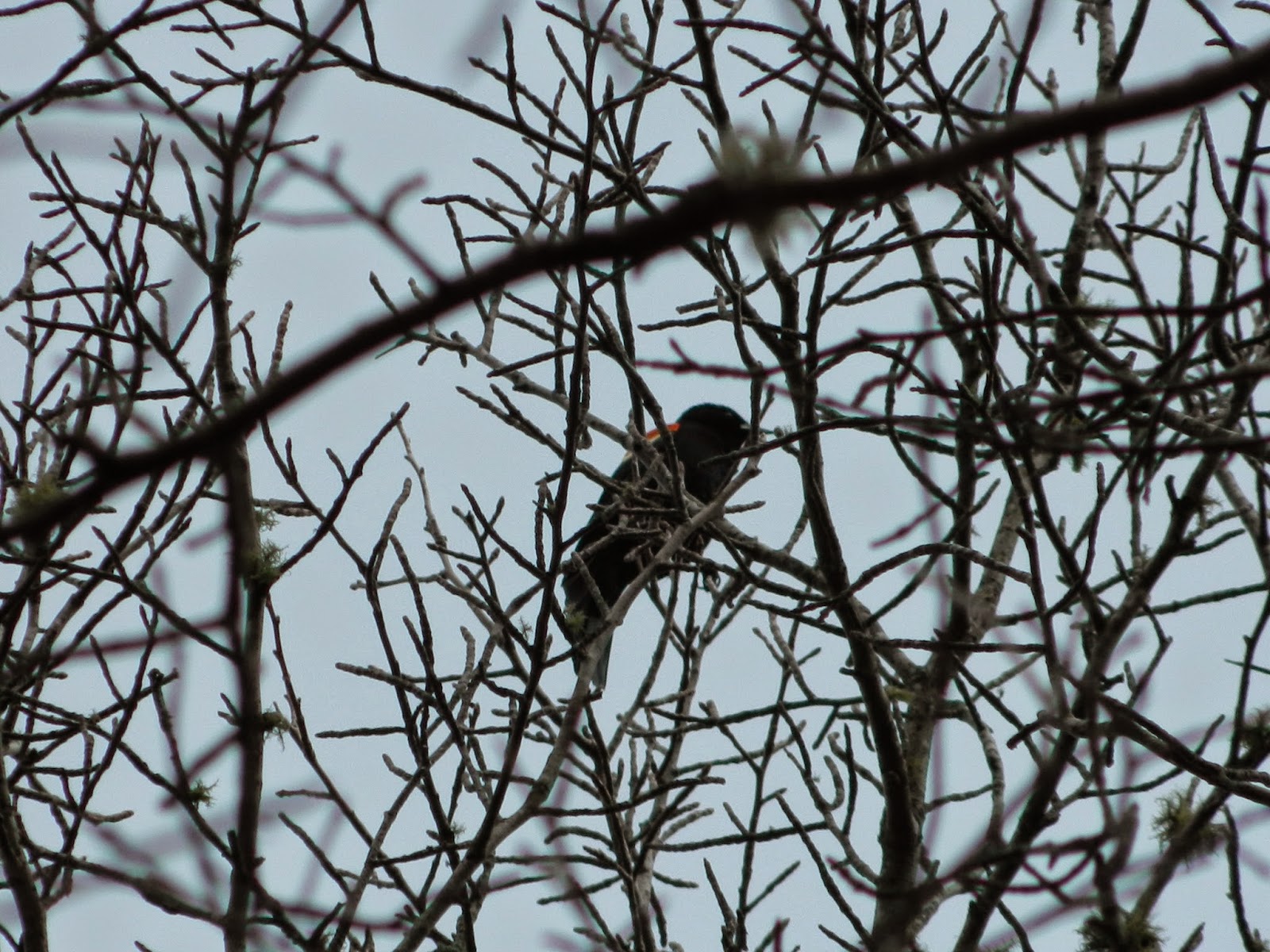 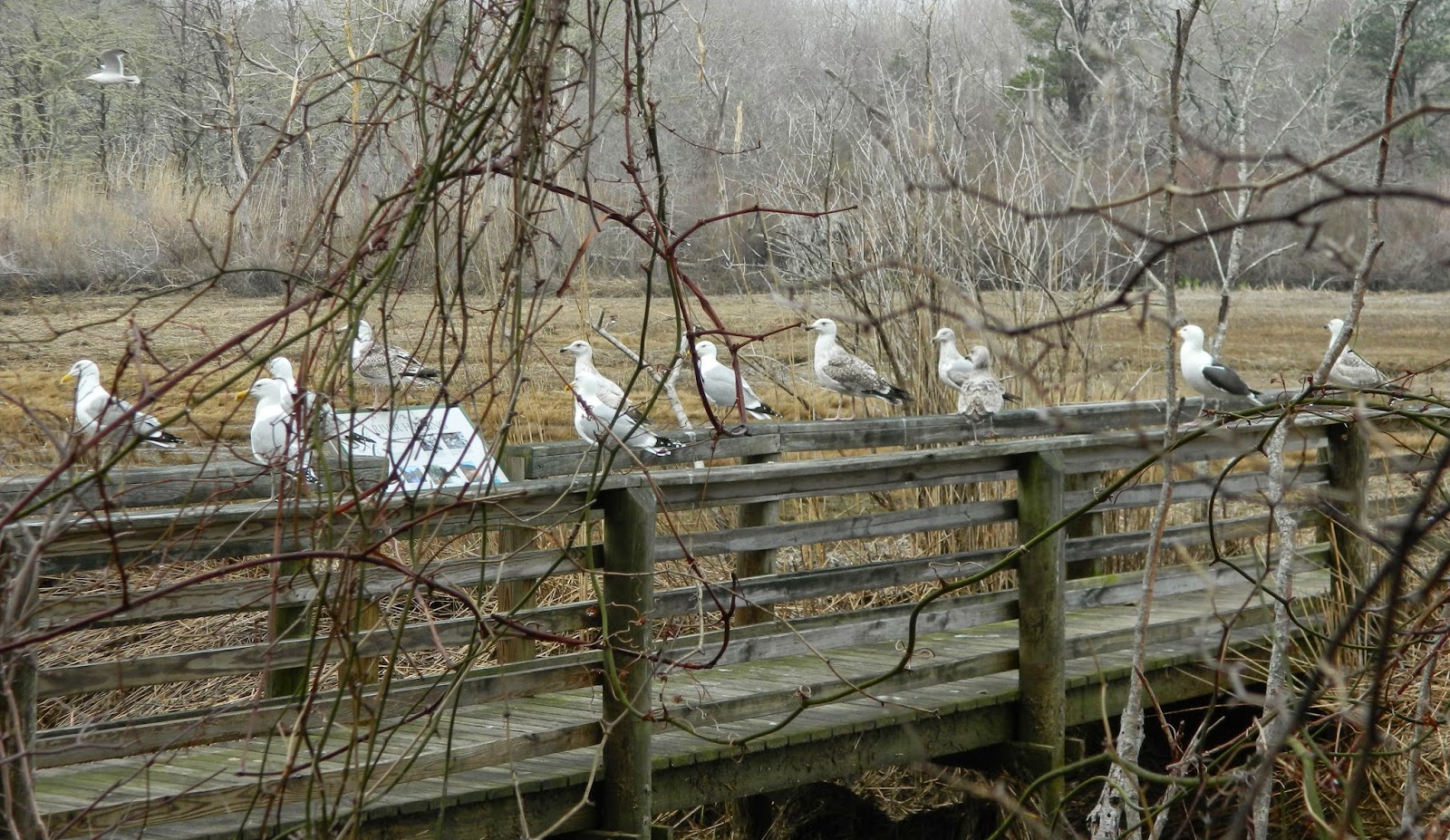 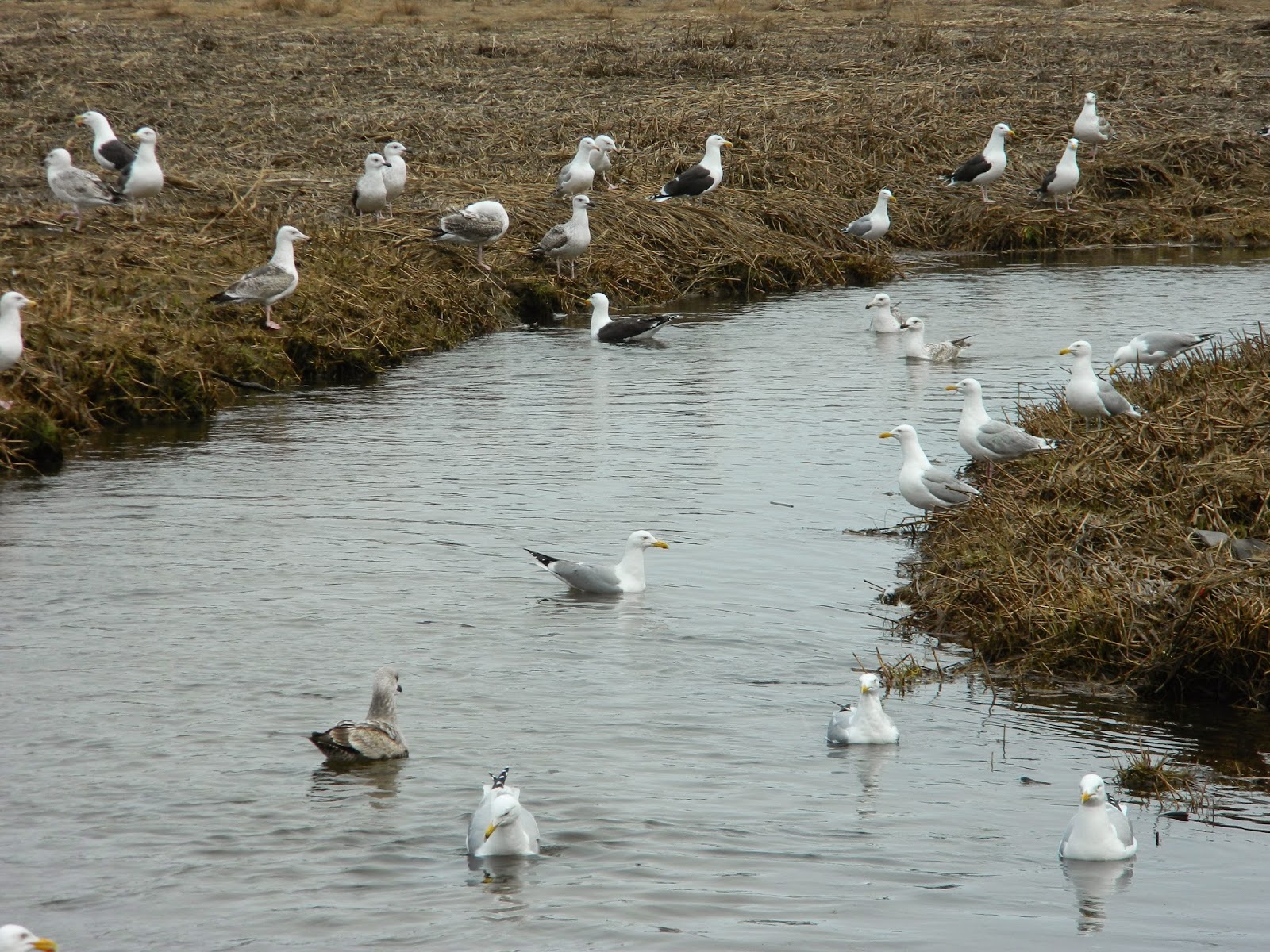 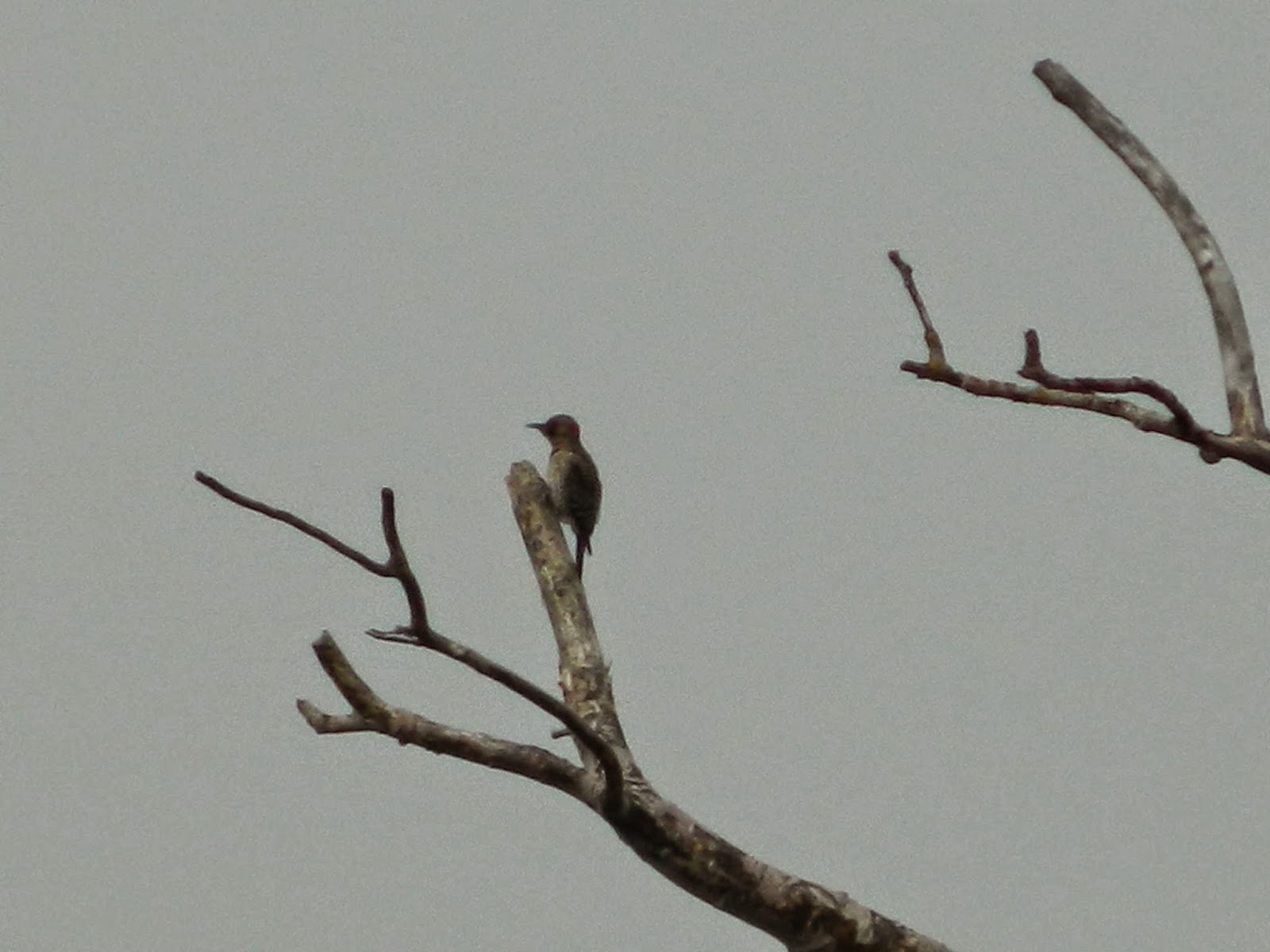 Northern Flicker (blurry because SO far away) 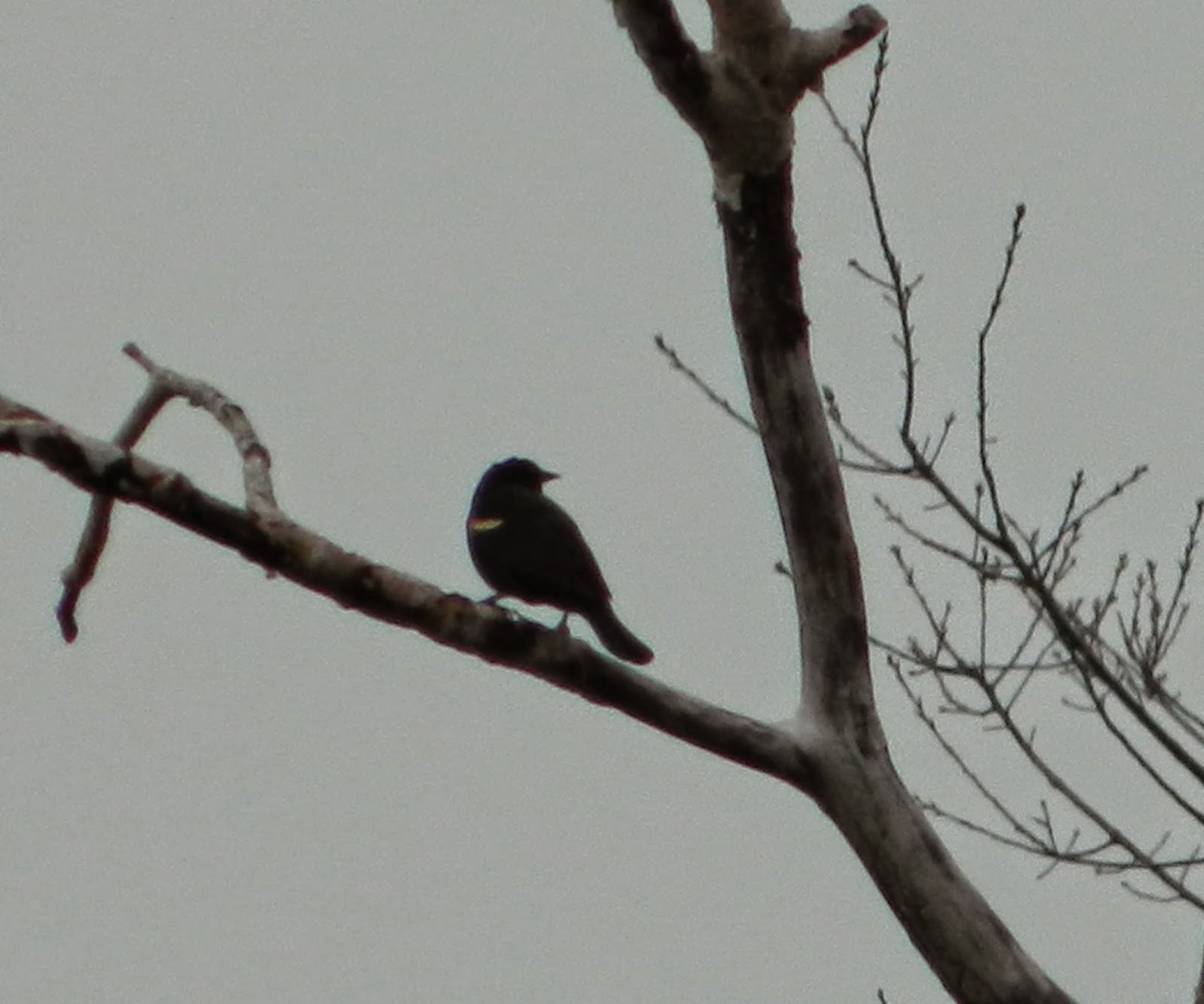