8.26.14 - Cape Cod Museum of Natural History - Tuesday Tweets
John Wing Trail - Brewster, MA
Our enthusiastic group headed out on another sunny Tuesday morning... I had to share the photo of the tree with the bird-like silhouette below.  This branch formation has fooled me before...until I grab the binoculars!  It was rather quiet in the thickets surrounding the museum itself, but once we headed toward the marsh... we were in business.  It's rather evil I feel, how very pretty poison ivy begins to look at this time of year.  Hard to imagine certain birds are able to consume parts of the plant (Carolina Wren)  The yellow colored warbler that I had my sights on for about 3 seconds before she flew off,(that I missed a photo of) I do believe was a Yellow Warbler female.  We also managed to sneak a peak at a Nashville Warbler.  It was a walk FILLED with Gray Catbirds at every turn!
(double click photos to enlarge)
Our List:
Northern Cardinal
White-breasted Nuthatch
Northern Flicker
Gray Catbird
American Goldfinch
American Crow
Ring-billed Gull
Osprey
Yellow Warbler (female)
Coopers Hawk
European Starling
Nashville Warbler
Eastern Phoebe
Eastern Kingbird 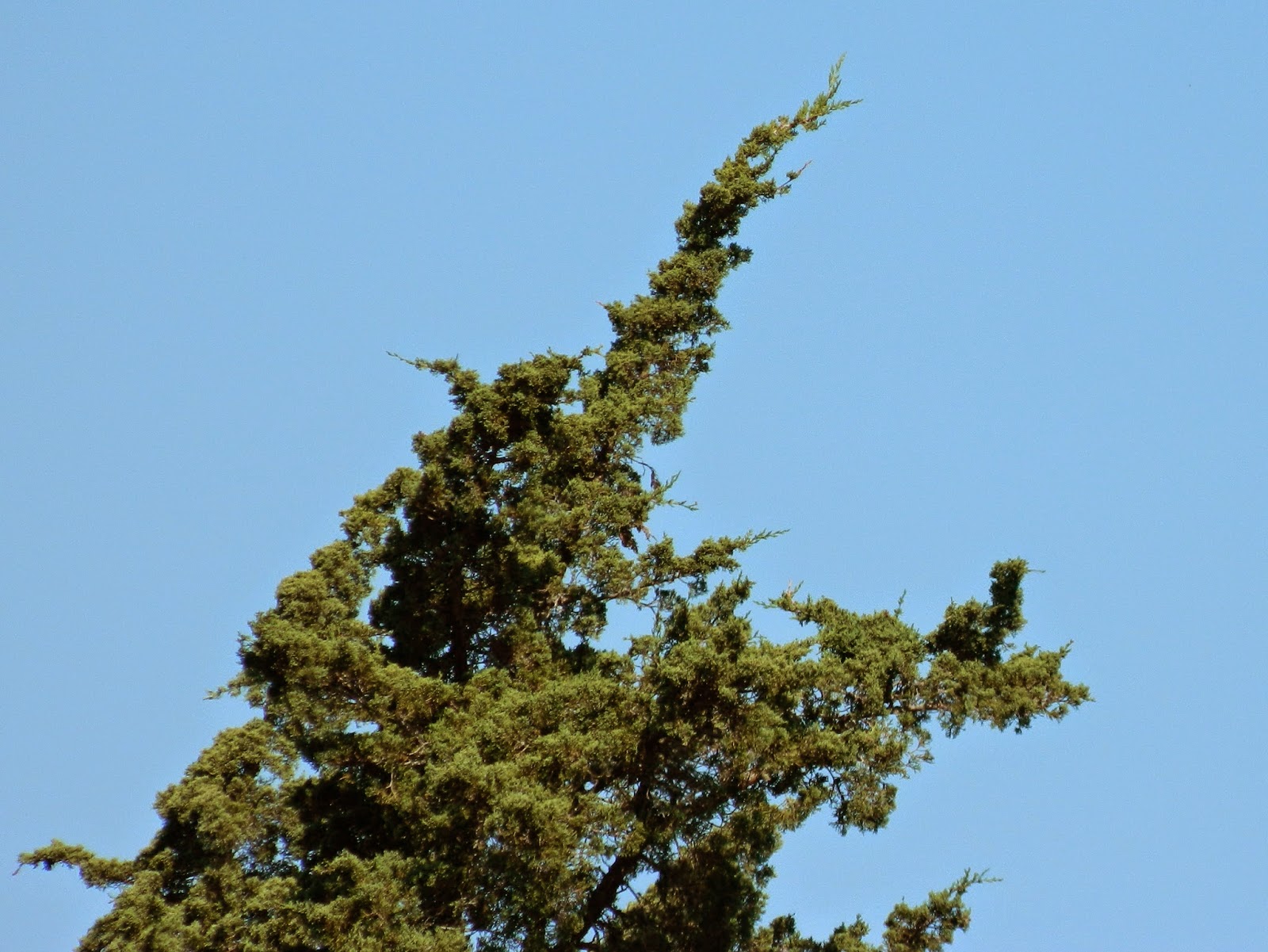 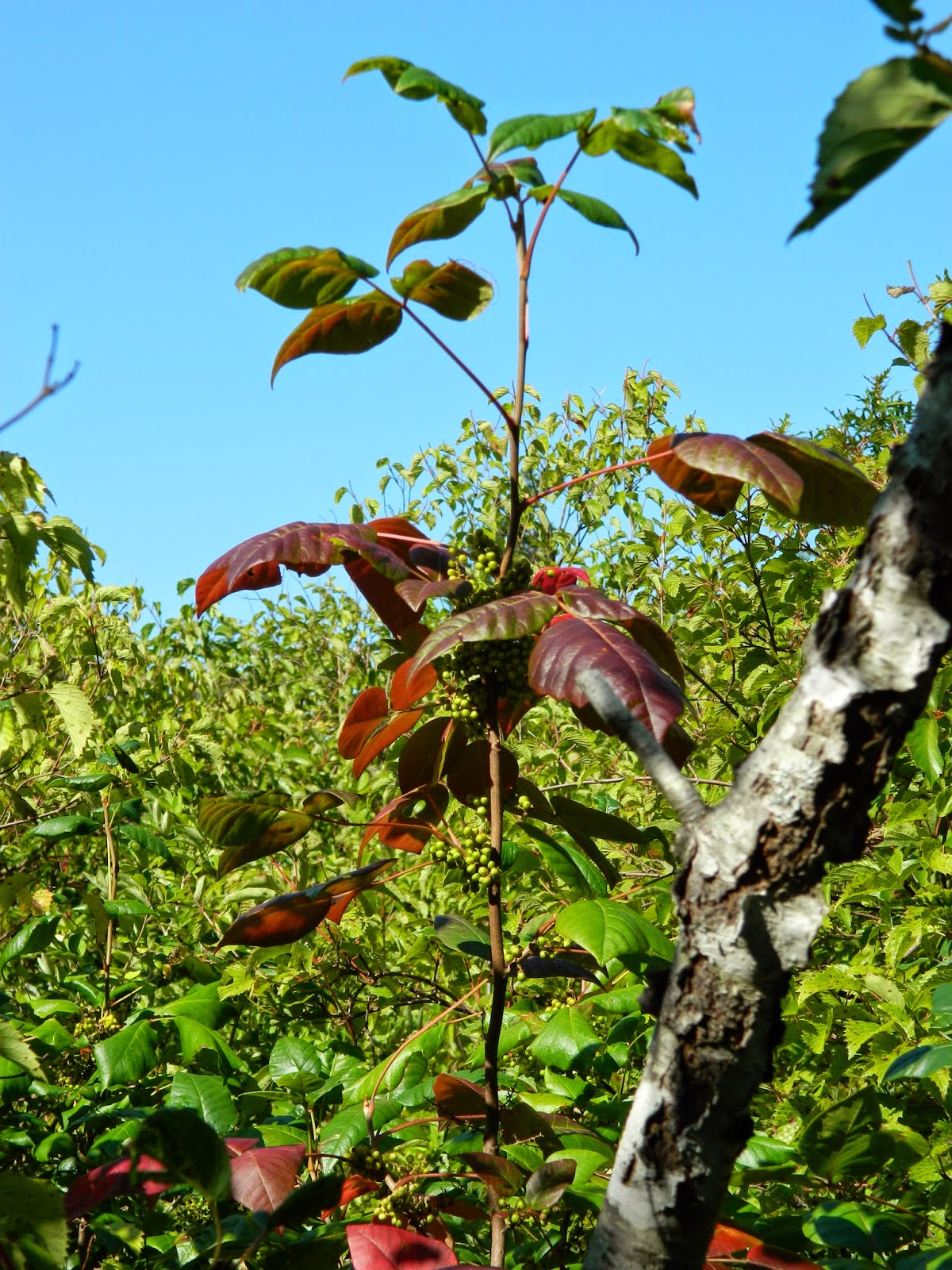 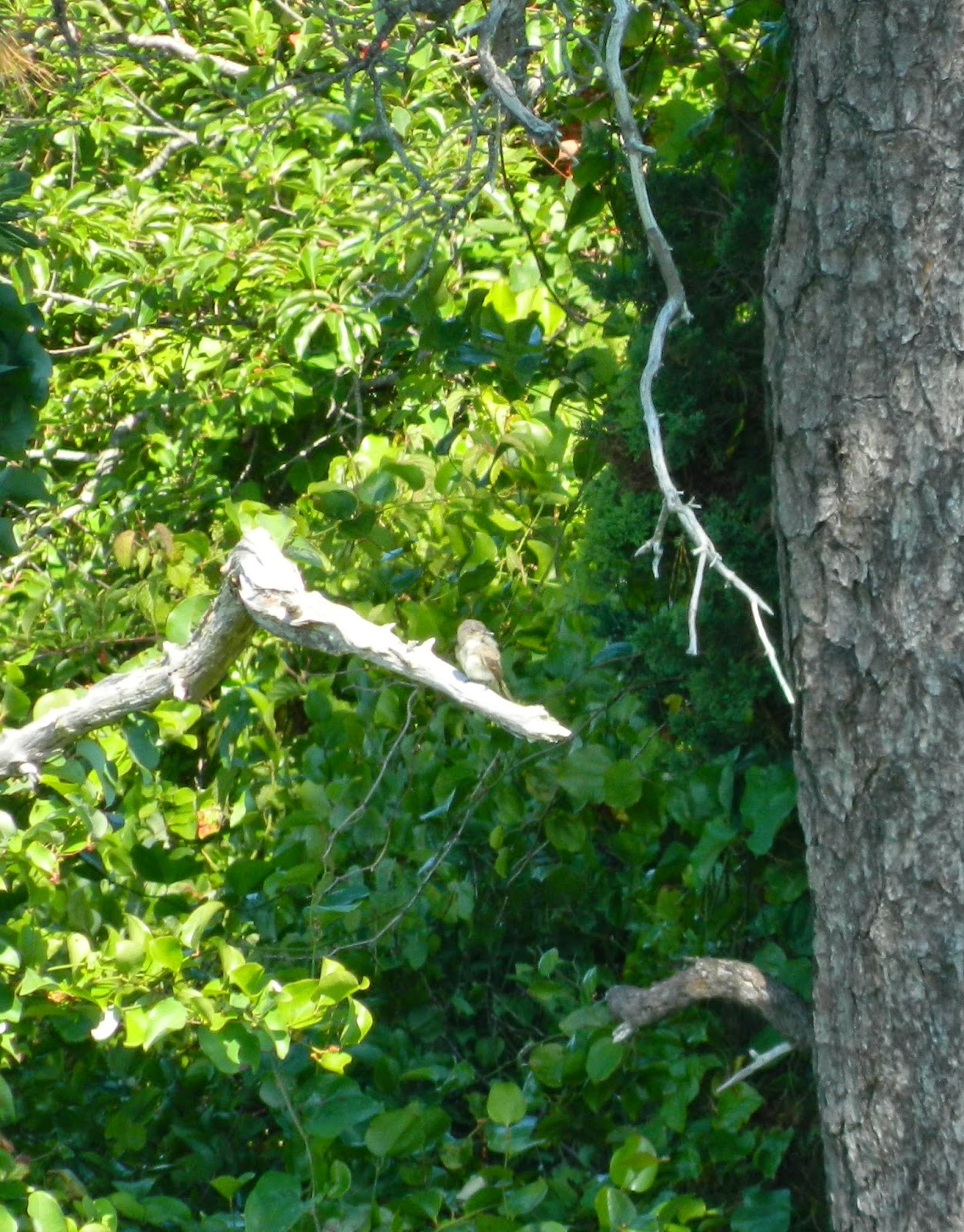 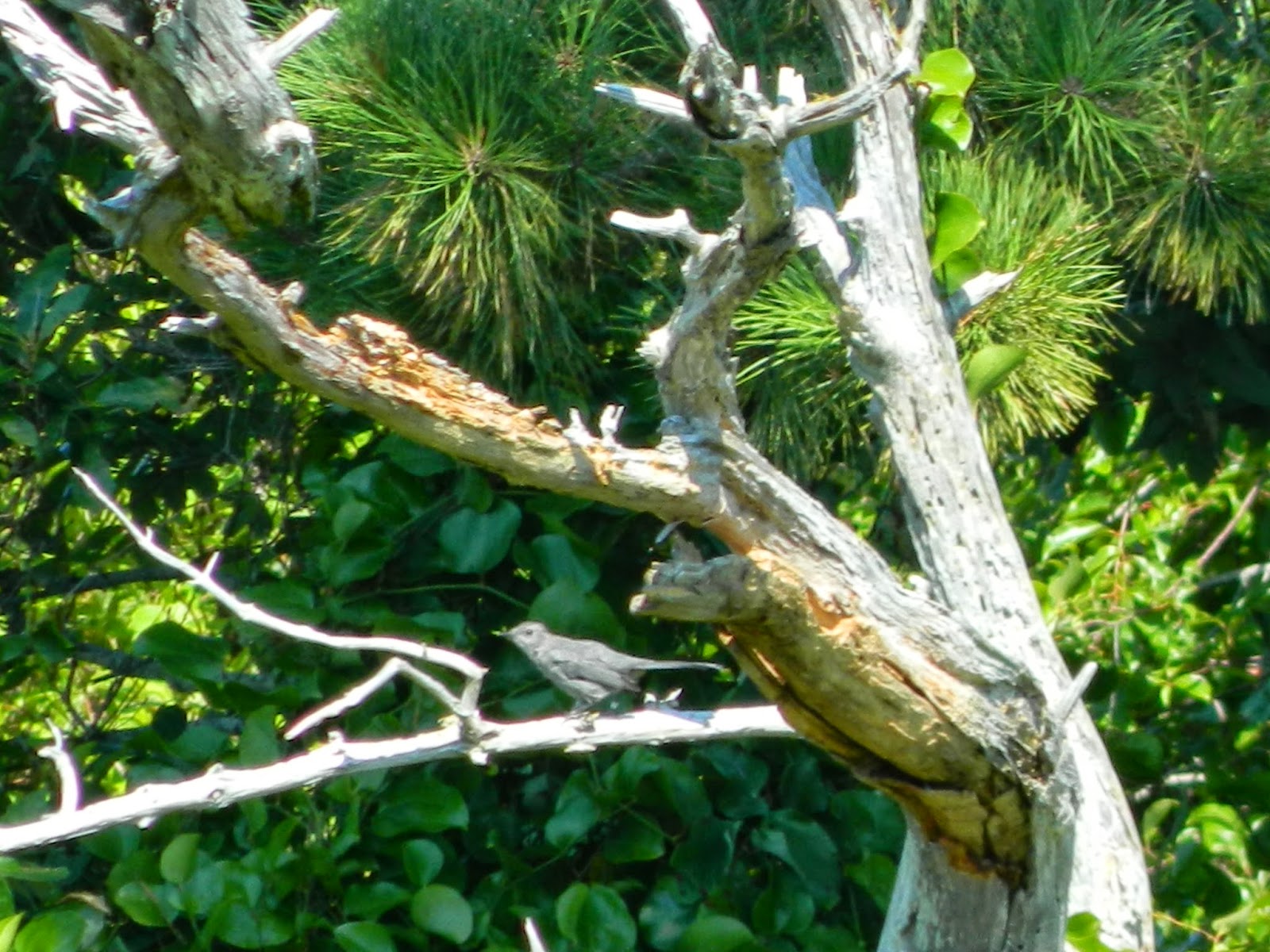 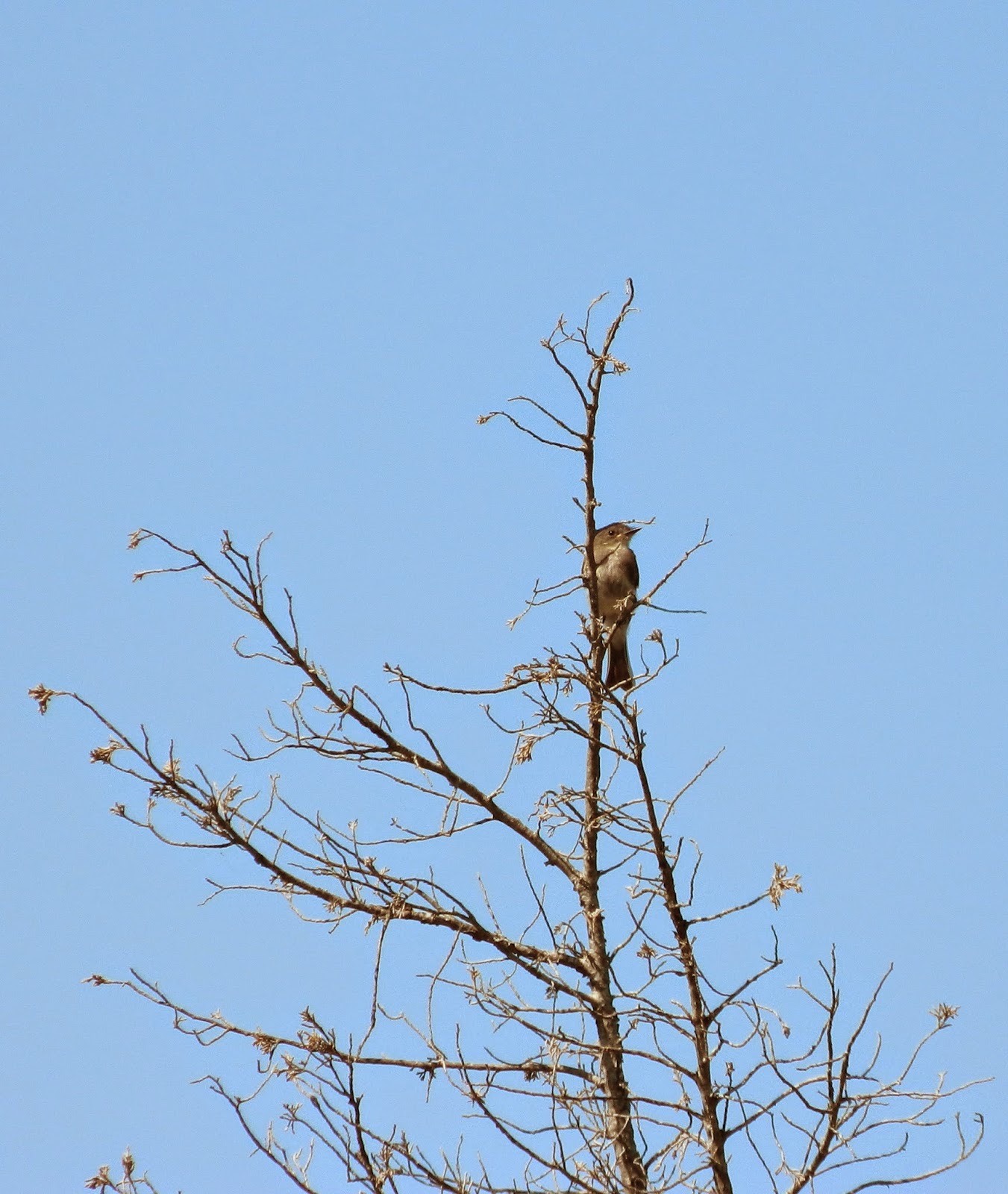 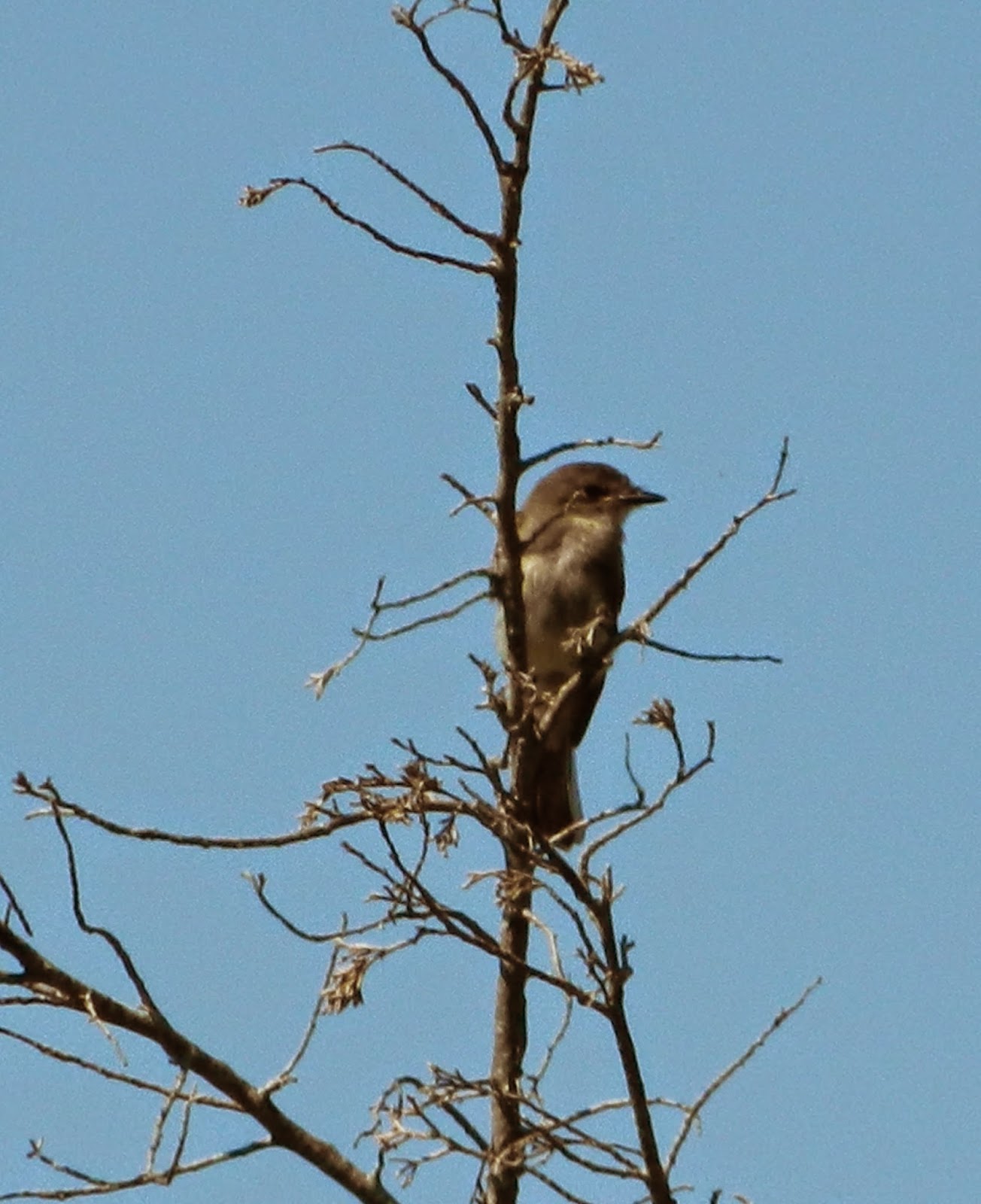 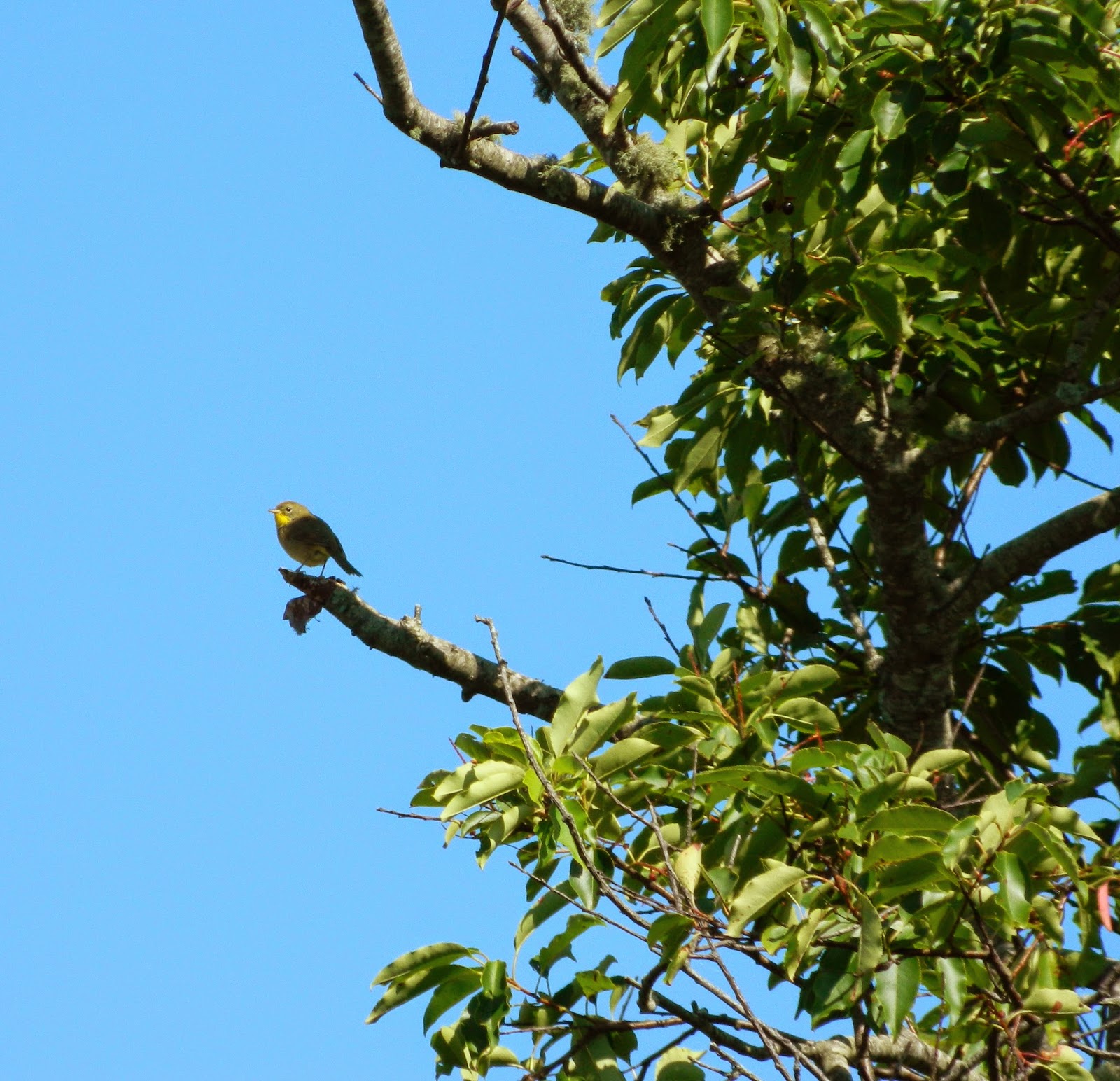 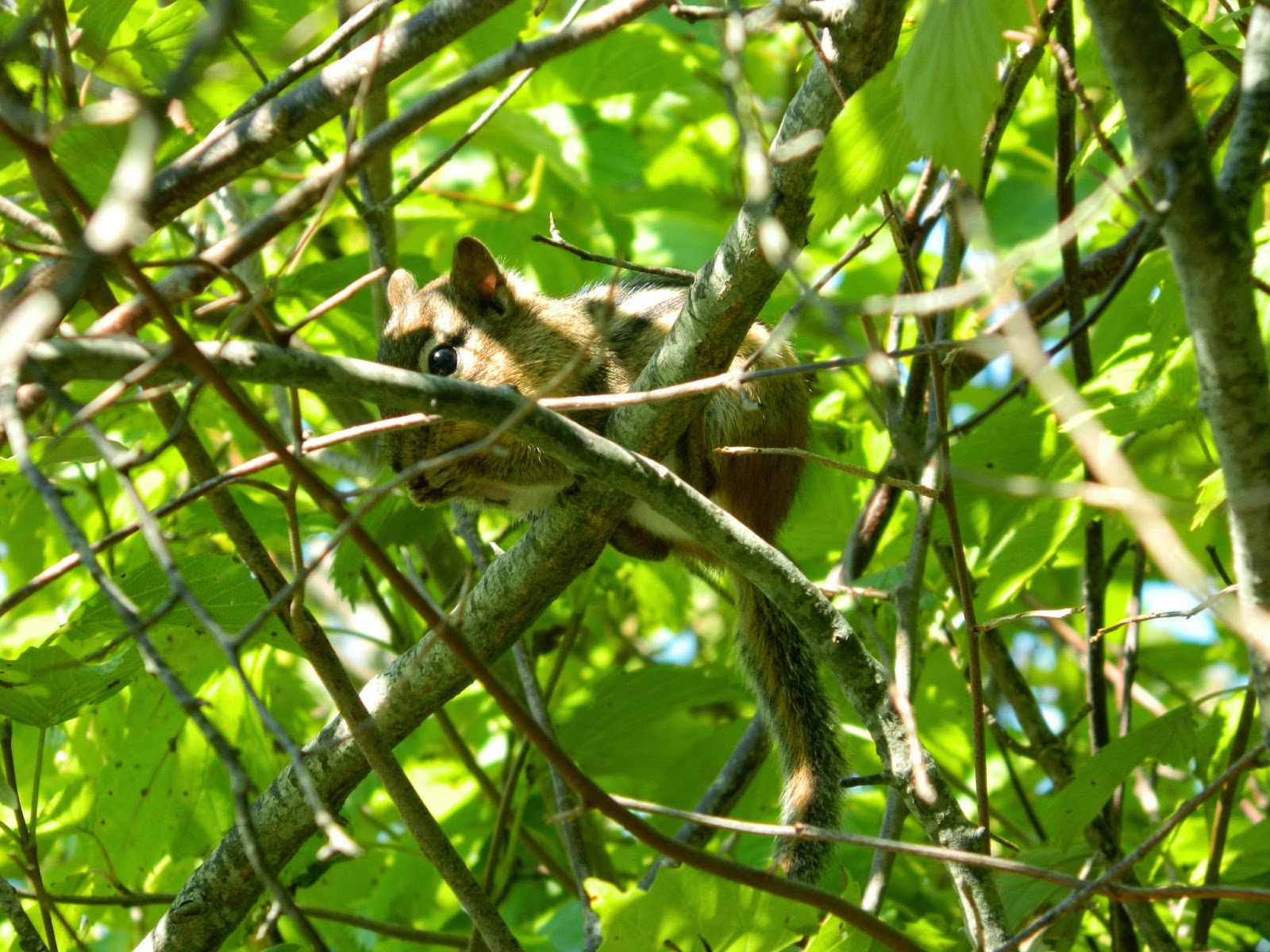 Eastern Chipmunk
I couldn't resist sharing the photo that I got of this lil' lady chowing down when I was headed back to the museum.  I always feel like it's a bonus when we see mammals on a bird walk!
Next opportunity for Tuesday Tweets: 9.16.14 $2Members/$4Non-Members
Happy Birding!