Originally, I was concerned about the chill in the air for our Tuesday Tweets, though I tend to overdress in cold weather.  It's no fun getting chilly on a walk.  Well it turned out to be absolutely perfect weather for an extended Tuesday Tweets!  It seemed there were an equal amount of both familiar faces as well as new-comers, some visiting from Ohio, some visiting from Florida.  The woods and marsh were relatively quiet, and as the bay drew us in, we had a few sightings (and soundings!) along the way.

I would have to say the highlight this morning was a friendly American Goldfinch who tweeted about her business of pruning her feathers and fluffing up, just as we were walking by a juniper.  She wasn't bothered by us in the least and she allowed for great views and smiles of admiration, as she welcomed us onto Wing Island.  The foliage is changing naturally and even though the colors are generally more muted on Cape Cod than other New England areas, we could see and feel the season changing by observing the color and transformations of the plant life.

We made it to the bay today and admired the gulls, the cormorants and the plovers... some Sanderlings decided to make an entrance as well and another Tuesday Tweeter noted a small flock of terns resting on a distant sandbar.  Even when the list of species may not be as long as other Tuesday Tweets, the reward of the view, the seabreeze on our faces, the smell of healthy salt air... made it a relaxing and peaceful way to begin a weekday morning. Lo and behold - as we were about to cross the marsh again on our return...there was a female American Goldfinch, seemingly wishing us well on our way.  (double click photos to enlarge) 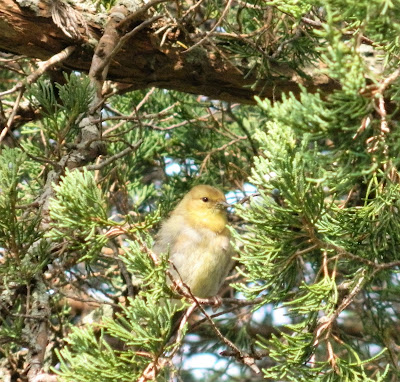 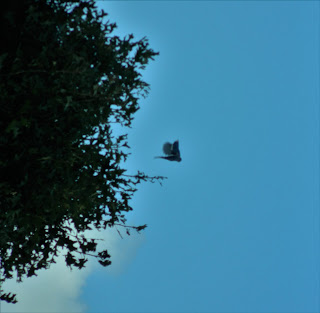 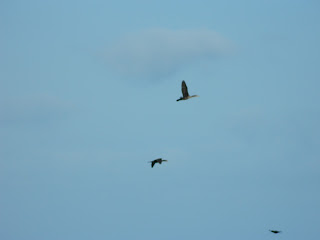 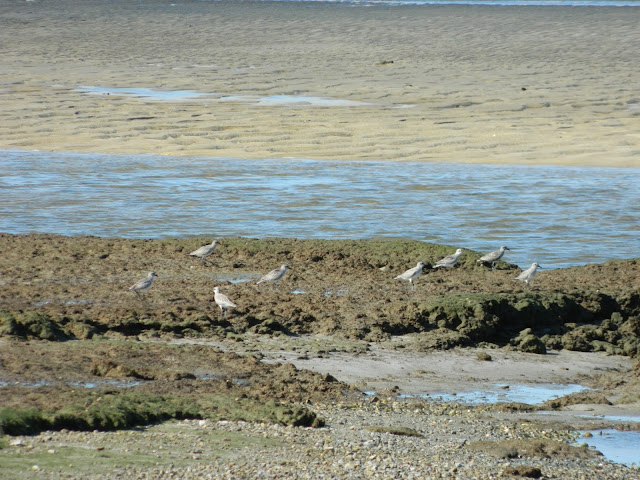 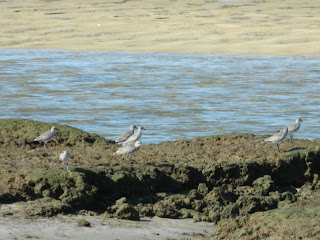 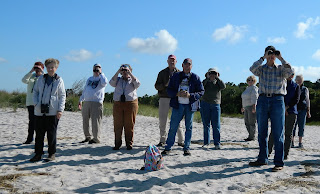 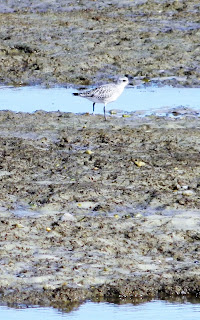 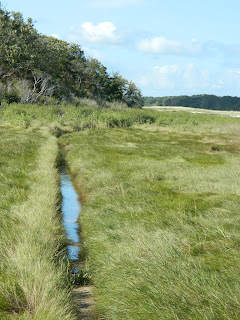 Not much remaining of this creek 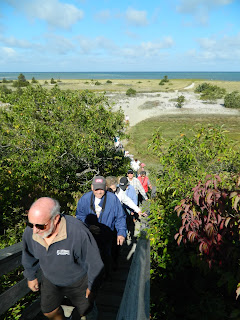 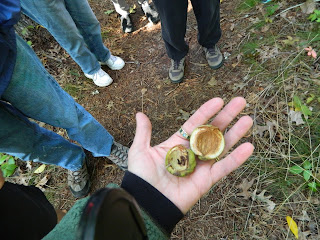 Some kind of chestnut outer layer 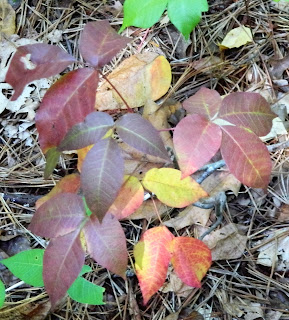 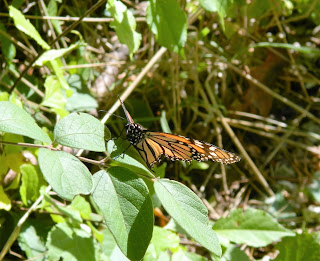 A monarch that hasn't migrated yet 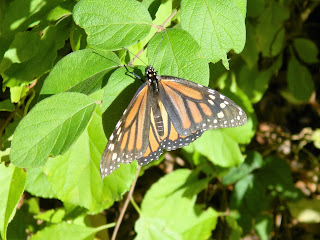