Sometimes, when you're outside, a moment happens... actually I need to reword that - Oftentimes, when you're as lucky as I am.  Now the moment we shared at Wixon Innovation Middle School this afternoon oddly enough, did not include a bird.  It included a bug.  A BIG BUG - a praying mantis. As we were headed outdoors, when thankfully the sun had finally decided to make an appearance after a week of clouds and rain on Cape Cod... one of the bird nerds spotted a praying mantis in the flowerbed right next to the building.

I NEVER would have noticed it.  I was too busy working on what I had planned for us for the next 45 minutes outside.  I believe, this is an opportunity, an opportunity to incorporate the sense of touch in order to foster that sense of wonder with nature, and that it is truly every where you turn... you just need to take notice.  I would never force someone to hold or touch something we discover out in nature that they weren't comfortable with.  What is remarkable, is watching people grow... watching them explore, watching them delight in something as simple as an insect who was hanging out innocently on a blade of green, right next to the building... right before your eyes.  So - I told everyone that I was going to pick up this bug and those who wanted to, could also hold her, though now I believe this mantis to have been "he", after researching.  Please do not miss the photos of the smiling faces!  One of the bird nerds asked if it would bite me.  I simply answered, "They've never bitten me."

Most of these students were curious and excited about the mantis, though one protested saying that we were 'wasting time on a bug'.  Here's how I feel.  Nature sends us surprise gifts. I happen to love surprises!  I know not everyone does.  The value of being able to get these kiddos outdoors, if only for 45 minutes in their day, is a gift for me in that I get to share the birds and whatever natural phenomenons decide to pop up...even interesting insects.  When something, someone shows up - I have to stop and pay attention and share the moment.  Not everyone wanted to hold the praying mantis, but for those who did (including 2 aspiring veterinarians, come to find out!) I like to believe - it's not an experience they'll soon forget.

I'm not a huge bug fan, but I an enamored by the praying mantis.  They LOOK at you, size you up, and this friendly, albeit rightfully startled male, was nothing but a gentleman.  (double click photos to enlarge) 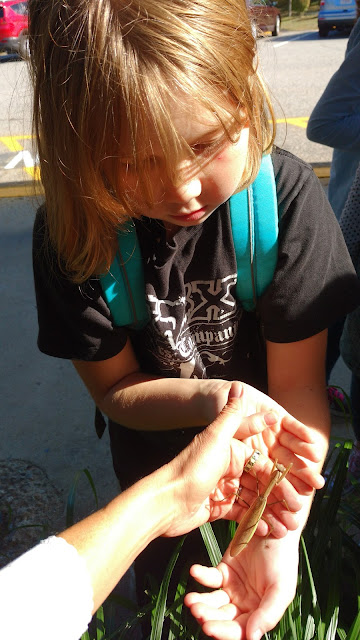 Passing off the praying mantis to an enthusiastic nature lover 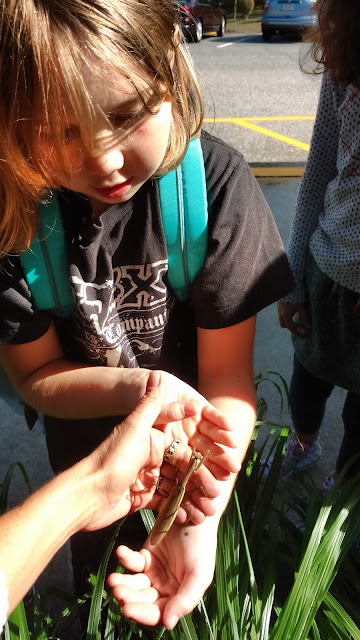 She couldn't WAIT to hold him! 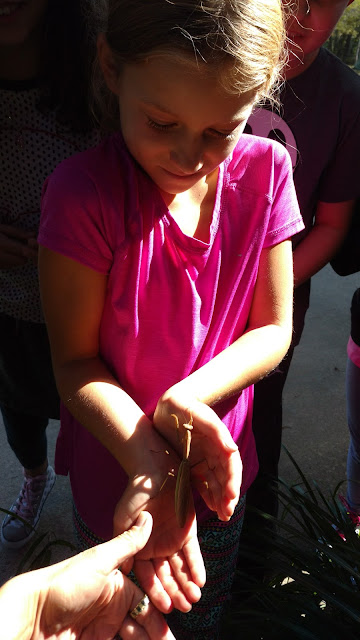 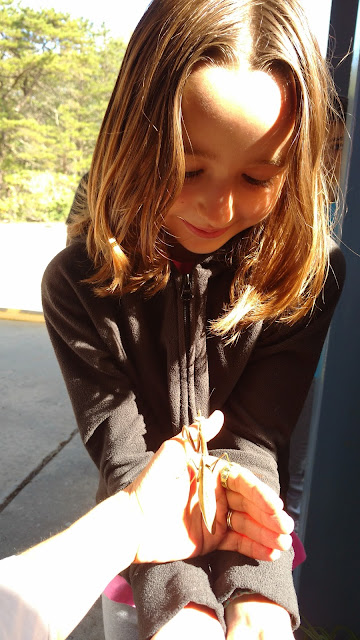 She spotted this magic in our afternoon! 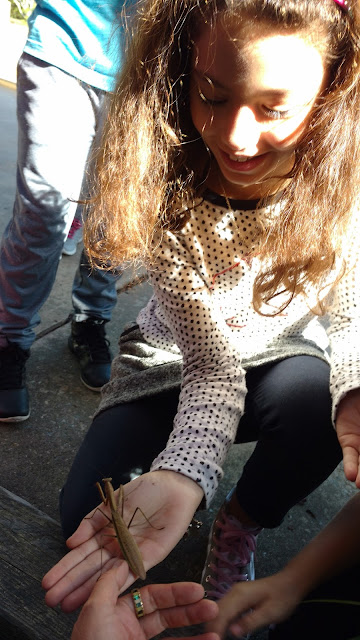 Not an easy thing to describe - though hopefully, completely unforgettable.
There's a lot of bravery going on in this photo...
he calmed right down in her hands - like magic. 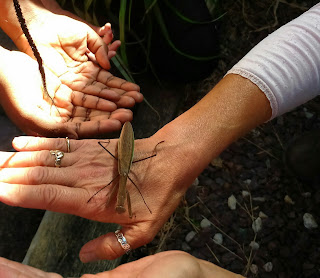 Here I'm passing the mantis over to a slightly apprehensive
student - who championed the moment!

I did have a plan for our time together, and after we returned the praying mantis to his safe spot - we did continue to one of the school yards adjacent to the building.  One of the bird nerds spotted a spider and before you know it - thankfully - a BIRD!  An Eastern Bluebird! We only caught brief sight of him before he took off - but a lot of folks get EMOTIONAL upon spotting a bluebird!  I've seen it.  I'm hoping this means we'll get more glimpses of Eastern Bluebirds over the next 4 months... but you never know. 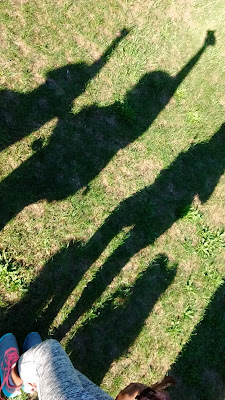 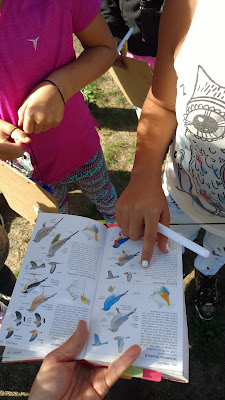 Showing the Eastern Bluebird in the Sibley Guide 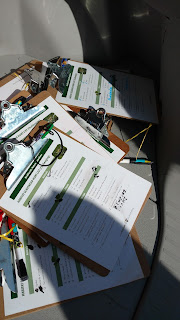 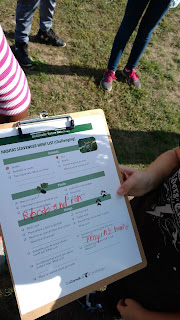 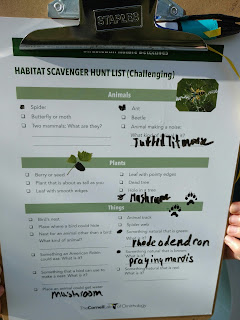 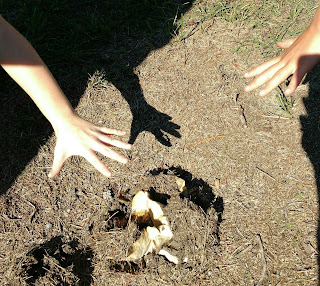 I realize these next two photos will be a sort of tease for the bird nerds in this Birdwatching enrichment... We didn't see or hear a lot of birds on this particular day.  The birds are there though.  When I was reorganizing my materials after the students had left for the day, Bluejays showed up and I even saw & heard a Northern Flicker.  It's tough being quiet enough with a group our size, especially at the end of a school day... when the sun shows up after a week long hiatus!  The birds are there... we just need to be quiet & patient enough to allow them to show themselves off to us - like a bold praying mantis. 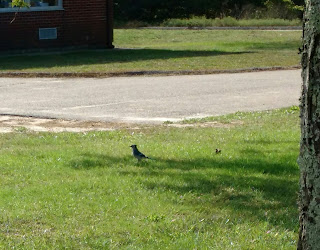 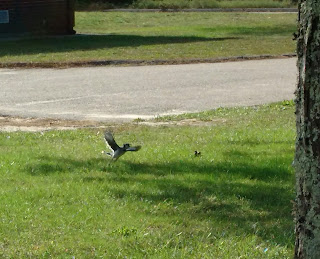