Our Cape Cod morning began with a rather humid feel, partly cloudy skies, and very musical birds.  It's fabulous when new bird nerds show up and equally awesome seeing familiar faces, some I get to visit with most every Tuesday Tweets and others, come when they can, sometimes kept away on their adventures elsewhere.  What a group of smile-filled faces today.  I'm always happier when it's hot outside, so off we went.  You will notice that there is not the largest collection of photos from our walk.  All of that singing was from many a "shy" bird who chose not to be photographed... it can be frustrating, though I'm enjoying being outside with a bunch of bird-lovers on a beautiful trail in Brewster.  Hard to beat.

Many of us got a glimpse of Cape Cod Bay, though all of us didn't have an opportunity for sand between our toes.  I had some time constraints and had to leave right at the end of Tweets.  I do prefer it when I am available to linger, but it's not always possible.  We all learned the call of the Common Yellowthroat - though easier said than done.  Learning bird calls and songs seems daunting - particularly when you cannot SEE them singing.  It's great to be surrounded by all of those natural peeps, clicks, warbles & sounds.  My list always includes those we've seen AND heard.   Learning new songs is a fun way to challenge yourself... and others!  (double click photos to enlarge) 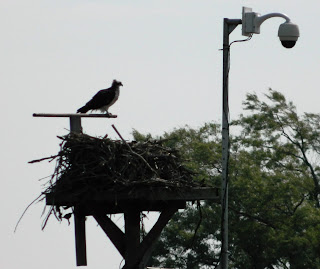 Osprey on the nest 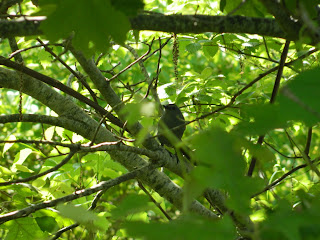 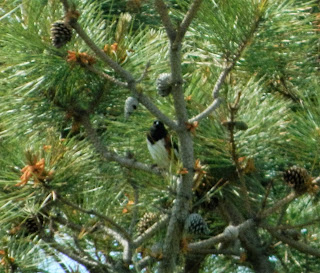 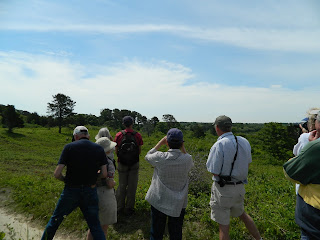