This was our last class together as a group at Wixon this afternoon, and yes it was chilly, but the wind wasn't whipping at us, which made for another nice outing.  It didn't hurt when as soon as we walked out the front doors of the school - there happened to be a Red-tailed Hawk swooping right over us!  I didn't really think we'd top that... but wail 'til you hear... I'll get to it.  We went walking across the upper field and came across some animal tracks.  I mentioned that anyone who found any bird tracks in the snow would get a reward.  Oddly enough, we didn't find any.  I guess we weren't looking in the right spots, but we had a nice walk into the woods.  It's so peaceful back there behind the school and being outdoors is a plan that can't be beat for the last class of the week on a Friday afternoon I like to think.  As we turned around and headed back to the school for bus & pick up time... I spied a large bird south of the school and flying over the tree line.  Big bird.  I pointed it out to the bird nerds as we were on our way back, but we still had a minute or two to linger.  Some of them thought it was the same hawk we saw earlier, though I could tell it was a larger bird... which leaves a limited selection when thinking of a larger than a Red-tailed Hawk in Dennis, MA.  As I looked through my binoculars because the bird was at least 300-400 feet away...I could see a white head, a white tail and black body and wings.  BALD EAGLE!!!!  IT WAS A BALD EAGLE!!!  I of course went nuts and started screaming, "THAT IS A BALD EAGLE YOU GUYS!!!  A BALD EAGLE!!! OUR NATIONAL BIRD, RIGHT HERE IN DENNIS!!!  CAN YOU BELIEVE IT?!?!"  Turns out, I was slightly more excited than the young bird nerds, but that is OK.  Thanks for spending so much time with me!  I hope I get to hear a bird story or sighting or get a bird question from you the next time we see each other.
(double click photos to enlarge) 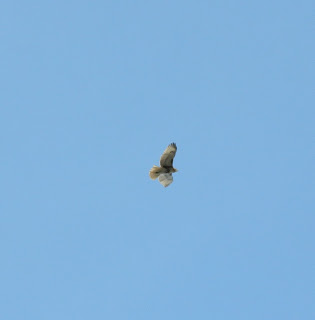 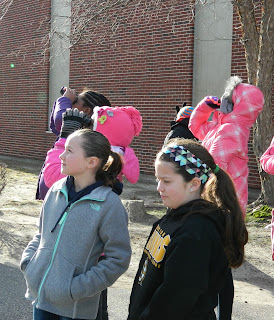 Checking out the Red-tailed Hawk 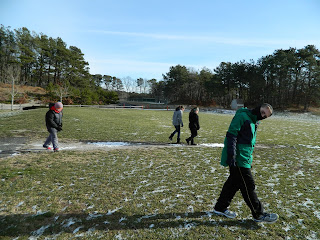 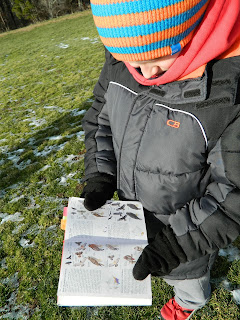 Looking up hawks in the Sibley guide 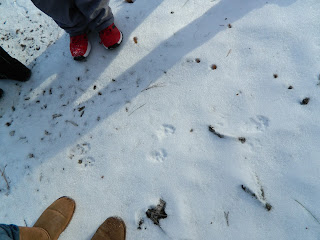 Animal tracks in the snow 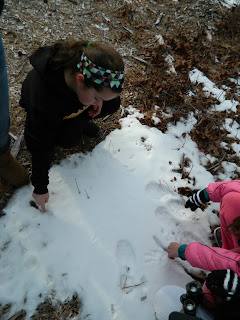 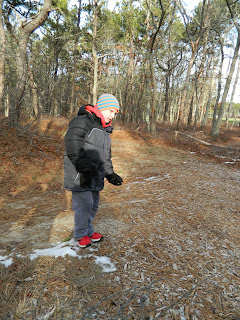 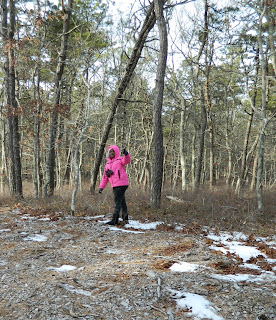 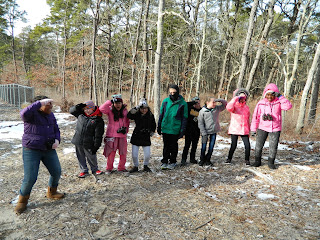 I finally taught them the Bird Nerd Salute! 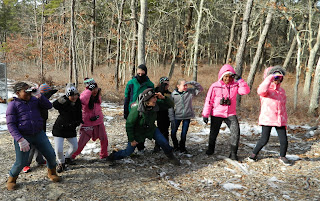 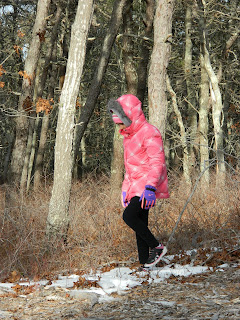 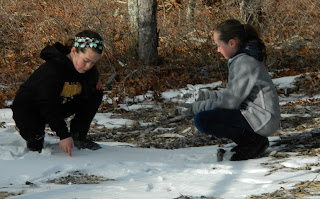 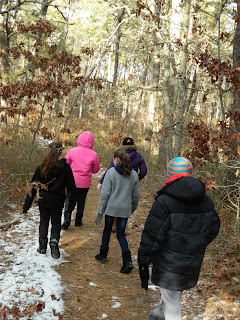 The woods behind the school were quiet & beautiful 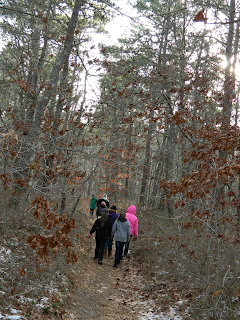 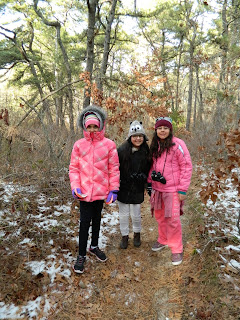