We had to bundle up on this particular Tuesday Tweets, but once we were on that wonderful trail, any body chills warmed right up with the morning sun and some interesting bird watching!  We even got to see some animal tracks along our way (see photos below).  We had some fantastic views of a Yellow-rumped Warbler, who hung out long enough for me to snap some photos.  One of the curious findings we had was below the cedars, there were loads of juniper berries below.  What made it curious though was also the amount of the tips of branches also broken off and strewn about the trail.  Why?  One of the bird nerds speculated that he thought it was squirrels - which made sense for the amount of branch tips all over the ground near the base of the trees.  It was just weird and I've never noticed that on a walk before.  Sometimes the interesting stuff isn't in the trees and shrubs, it's evidence of a puzzle.
I have to say my personal favorite sightings of the day were the Eastern Bluebirds, who conveniently turned toward the warm sun so we could see the rusty color of their bellies and the bright blue of their backs... and the other - the Red-breasted Mergansers.  Due to there being little to no breeze, I had a hunch we'd get to see wintering waterfowl and I felt like finding them was the prize!  What a sweet bunch of bird nerds today as well!  So nice to see familiar faces and to meet new bird lovers!  It was a sweet walk, ALWAYS an invigorating start to the Cape Cod day. (double click photos to enlarge)
Our List:
Black-capped Chickadee
White-breasted Nuthatch
Northern Cardinal
Red-tailed Hawk
American Crow
American Goldfinch
Yellow-rumped Warbler
Blue Jay
Eastern Bluebird
Song Sparrow
Ring-billed Gull
Red-breasted Merganser
Herring Gull
American Black Duck
Great Black-backed Gull 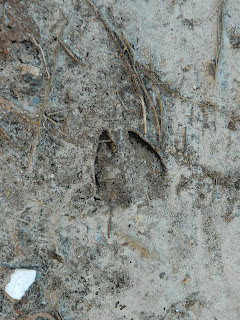 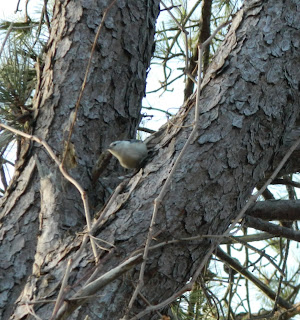 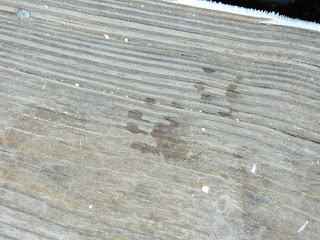 Raccoon Tracks on the marsh boardwalk 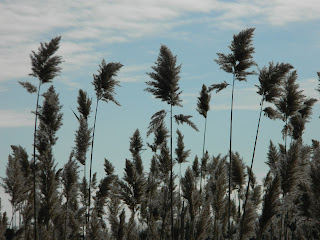 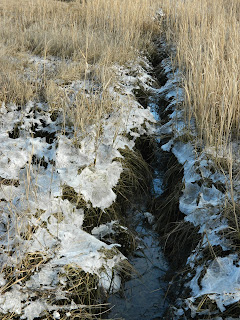 Icy over the salt pannes - looked like cinnamon bun frosting 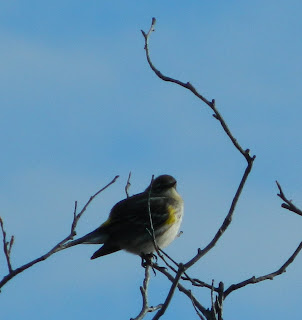 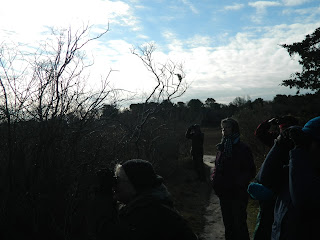 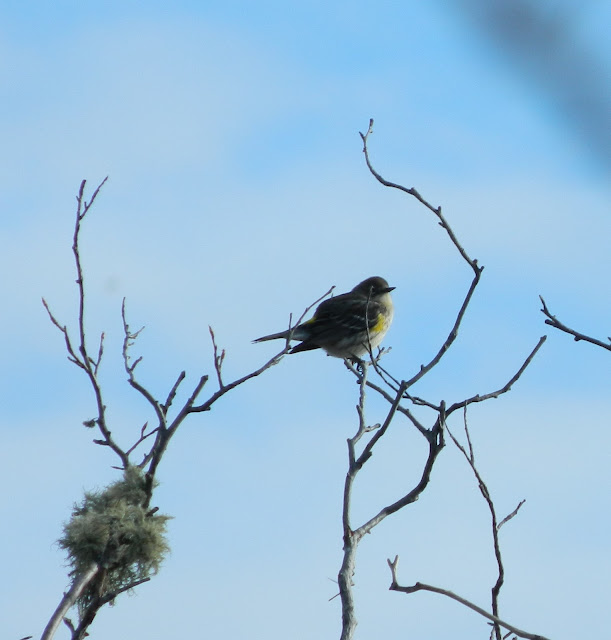 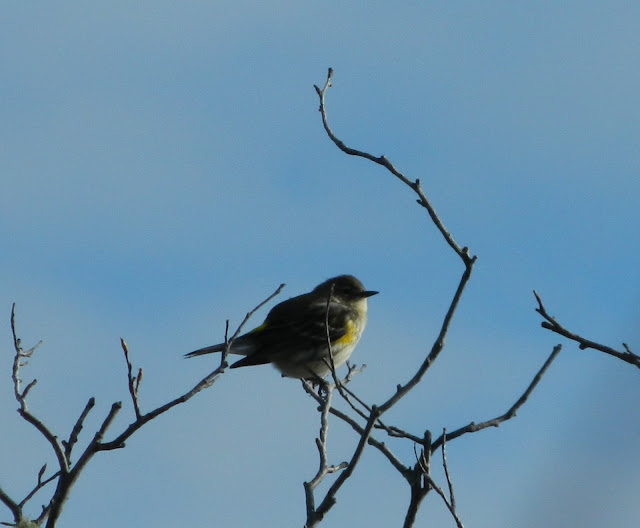 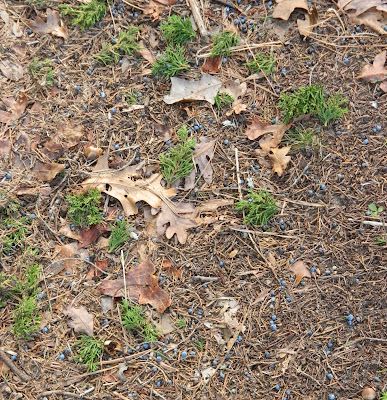 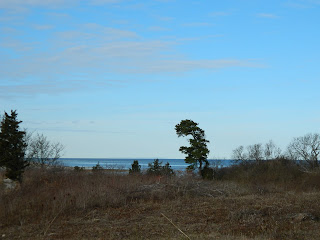 Oh the Cape Cod Bay view - birds or no birds, it's amazing every time! 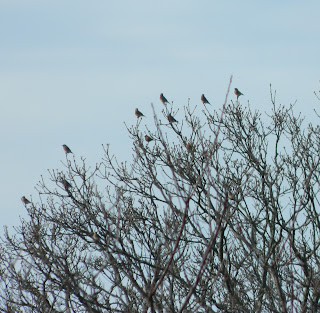 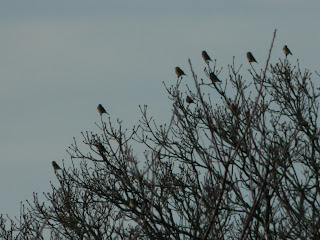 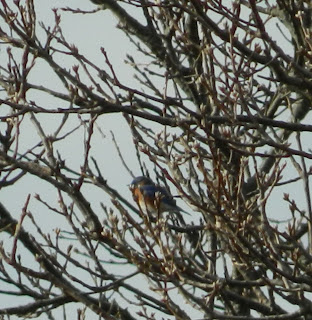 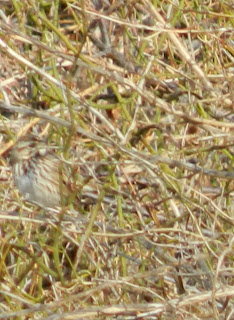 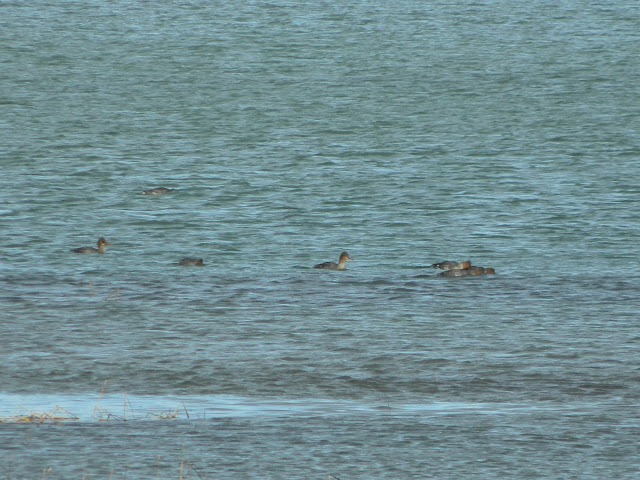 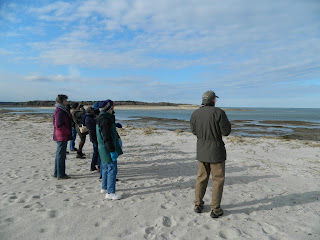 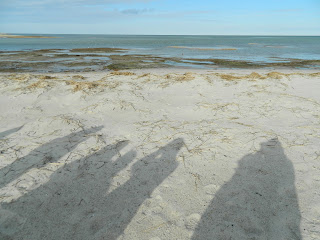 Our shadows were long 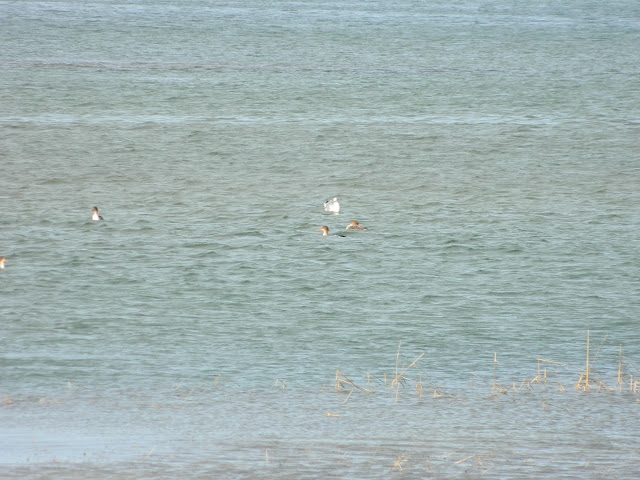 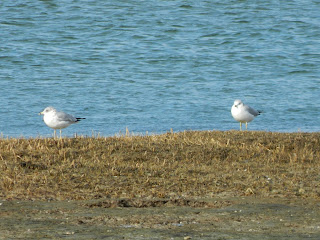 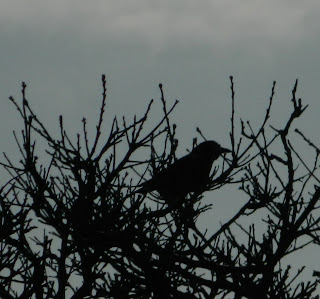 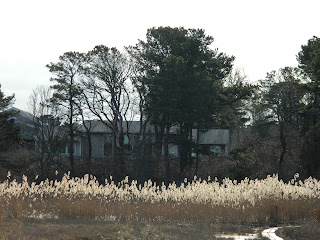 Nice view of the back of the museum from the marsh

Next opportunity for Tuesday Tweets: 1.26.16 $2Members/$4Non-members
Happy Birding!
Posted by cape cod bird nerd at 9:30 AM