After some of the snow had melted, it felt good to be out and about, breathing in fresh air over the marsh and in the woods!  It was a great morning for a walk, and the bird nerds (& birds) did not disappoint!  We saw and heard a ton of song birds, mostly close to the museum itself.  The "drive through window" as I like to call the windows of the Marshview Room are typically swarming with hungry customers particularly when the weather is cold. Flying is a huge exertion.  Yes, of course - birds fly - but with each beat of their wings - there is an energy price.  They store their fat for this energy and without food sources to assist them - winter can be the toughest season to endure for wildlife.  It's good to feed the birds!  Even 1 feeder and/or 1 suet feeder can help countless bird species, yes the squirrels too... but they live out there as well!  I have found that if I fill my feeder with a mix that has more safflower seed than sunflower seed, the squirrels will still visit & hog, but less so.

Our snowy walk was windy too and we were rewarded for bundling up with some pretty larger bird sightings: Great Blue Heron swooping over the tree line, what Rick thought to be a Northern Harrier who was right over the marsh as we came back out from the woodsy trail, and Red-tailed Hawks in the distance.   Photo credits as listed.  Thanks for enjoying the John Wing Trail as much as I do bird nerds! (double click photos to enlarge) 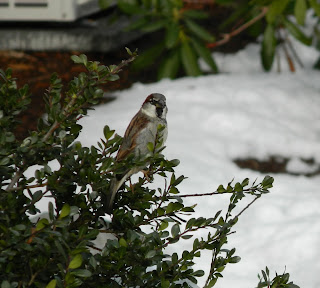 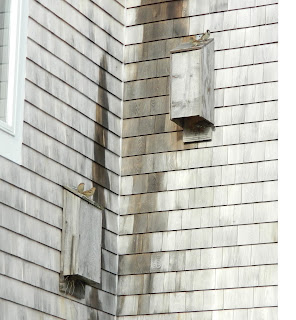 House Sparrows on the bat houses 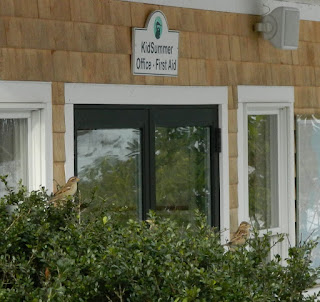 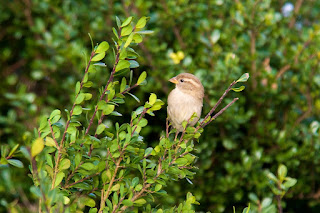 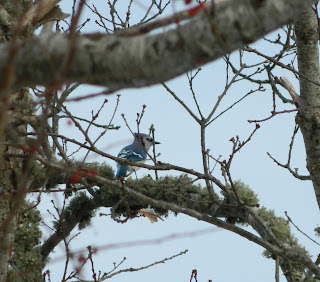 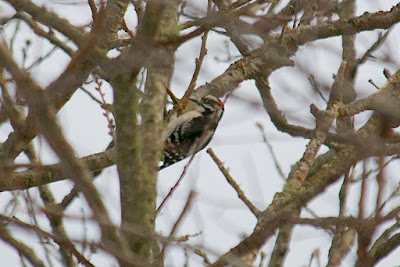 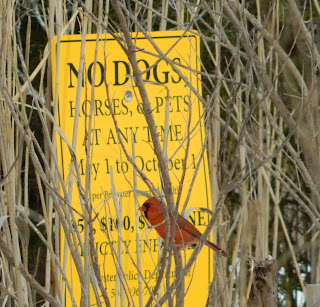 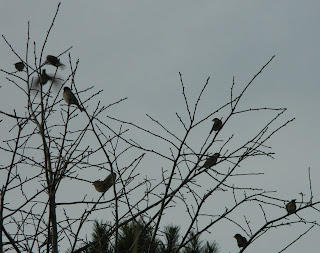 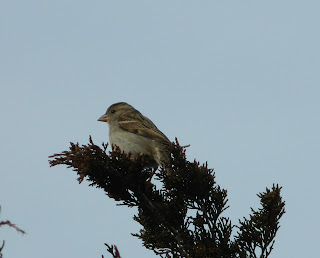 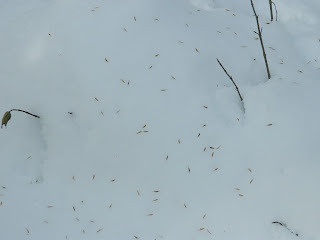 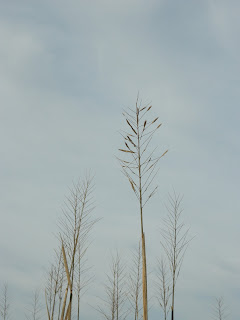 Some seeds still left on the marsh reed grass 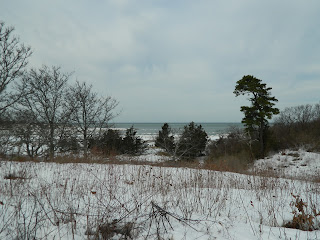 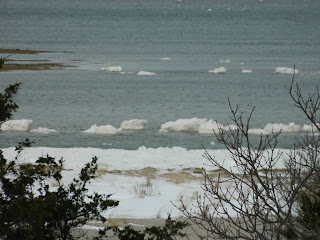 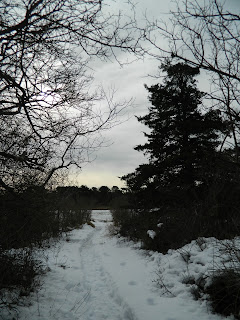 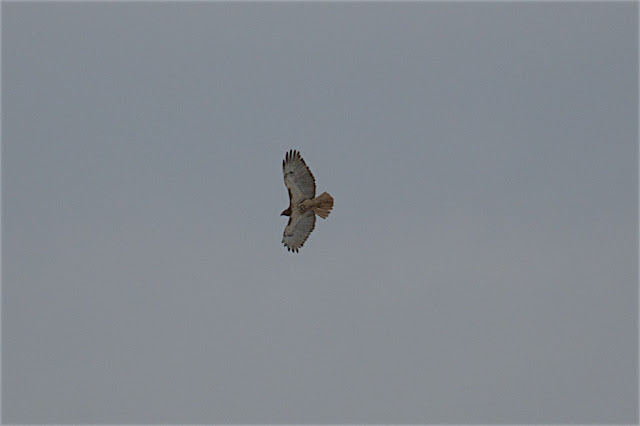 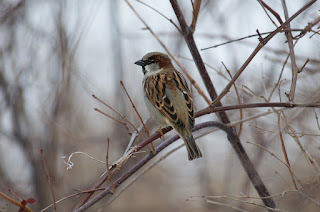 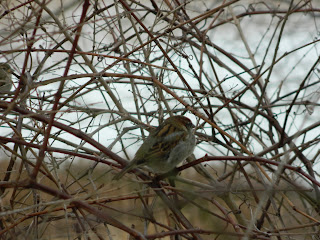 House Sparrow - I just love how close they let us get