I thought we would try something different today when we were outside in the school yard.  I wanted to discuss migration.  First we tested our "wings" and compared flapping our arms to soaring with our arms.  Everyone agreed that soaring was much easier on their body.  So many birds are still in migration, heading to breeding grounds, and Cape Cod is a perfect stop off habitat.  Not all birds migrate, but for those who do, it is often a perilous journey, that many birds do not survive.  One of the main reasons I feel the need to discuss this concept with kids is that I've seen kids, and dogs, run at a flock of birds, particularly on the shore.  I get it.  Witnessing a flock take flight is a spectacle.  Imagine now though you ARE those birds, and you're on a fueling up break, to rest, replenish, build fat for flight... you're physically EXHAUSTED.  Then a predator startles you into flight, expending precious energy that you're already tapped of.  It sounds dramatic, but in all honesty, for some birds, that could be their last bit of flight.  It's TOUGH being wildlife - so please - give them a break.  My daughter has been known to directly approach random children on the beach politely (though irritated on the inside) asking them to leave the birds alone and enjoy them from a distance.  Proud momma.

Back to our Migration Game... it was the first time I've ever tried this game with students and they enjoyed it so much - they wanted to play again!  SO WE DID!  Each student got to choose which species they wanted to represent.  (Osprey, Peregrine Falcon, Blue Jay, Snowy Owl - some of the species they chose were non-migrators, but I was just happy they were choosing birds they were familiar with!)   The "birds" took steps forward and/or back depending on circumstances that I called out, like: 2 steps forward for a good tailwind, or 3 steps back because you left late, not enough food.  The "birds" were asked to sit down if they didn't make it to their destination due to getting sick, being an inexperienced migrant, drinking toxic water.  I wanted to demonstrate how difficult migration can be and just another reason to have a deeper respect for nature and how cruel it can be.  I also included photos of one of the students who had a recent trip to Florida.  She brought her bird notebook with her and recorded a BUNCH of species she saw while in Florida. I was QUITE impressed!  These kids truly have a gift for birdwatching and I can tell they care.  How wonderful!
We even got a little birdwatching in while playing our game. (double click photos to enlarge) 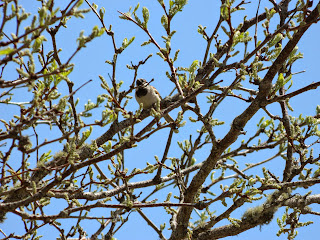 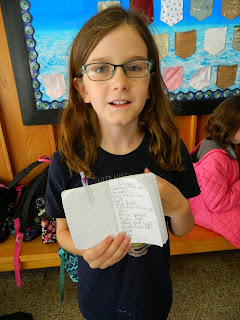 Bird notebook filled with species from a Florida vacation! 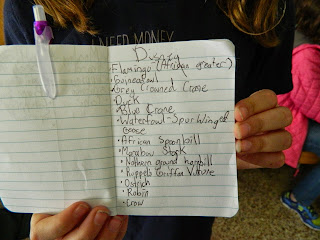 Look at all those bird species!  IMPRESSIVE! 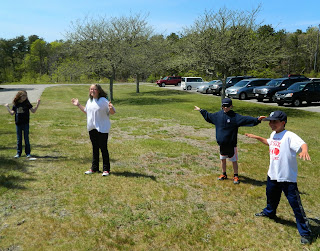 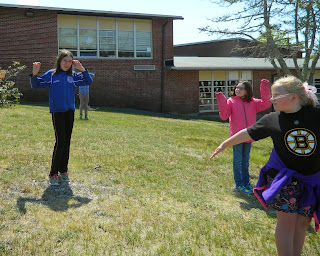 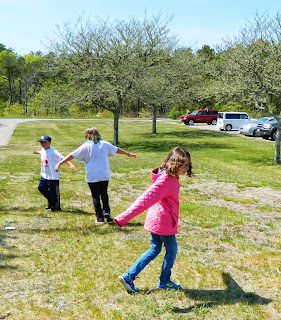 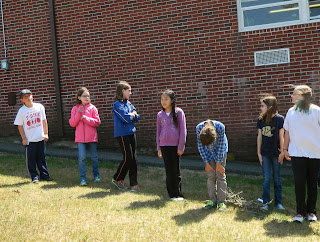 "Birds" lining up to play the Migration Game 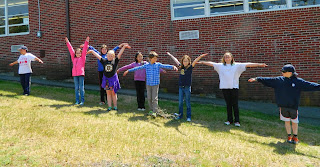 "Birds" about to "migrate" 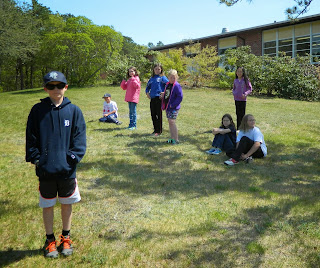 Some "birds" didn't make it to their destination 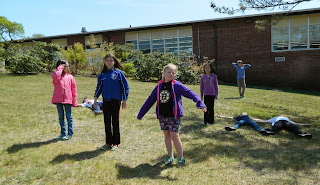 "Birds" on the ground "died" on their migration from dangerous factors 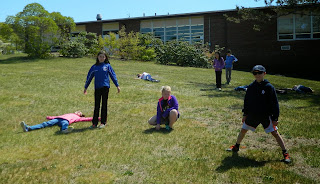 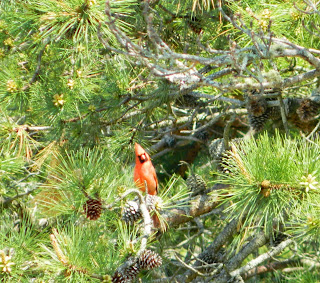 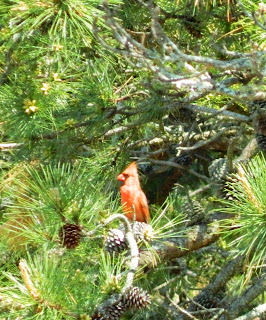 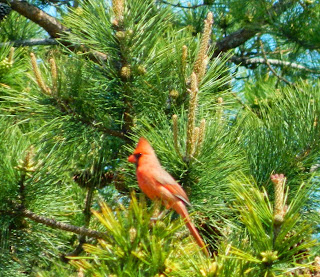 Northern Cardinal - male
We also saw the female, but she dashed off to build their nest.
We know this because her beak was FULL of nesting material as she flew by us. 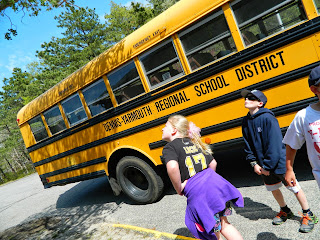 Where IS that Black-capped Chickadee?!
Even the bus driver stuck his head out of the bus to see! 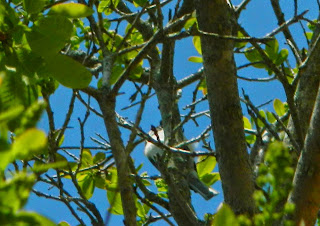 'Til our next class...
Happy Birding!
Posted by cape cod bird nerd at 2:00 PM