September seems perfect in almost every way when considering the beautiful world surrounding us on our bird walk this morning!  We had a sea breeze to cool us at just the right moments and we had some new-comers who'd never been to Tuesday Tweets before. I do thoroughly enjoy visiting with the bird-lovers who return each week.  Even though we hike the same trail, there is always something new to see and birds to hear and vistas to gaze upon.  I was explaining to the folks who came along that I have daily bird walks with the KidSummer Birding 101 Kids, and how they sometimes will complain about the heat, or the sun, or the walk... blah blah blah.  I do my best not to complain (unless someone's WHINING!) about the weather, and I will then also add, "Would you prefer to take a math test?"  That will sometimes put things into perspective for them.  Not everyone gets to set foot on the oh-so-wonderful John Wing Trail in Brewster, Massachusetts.  Lucky me... I get to do it all the time, and I love to share it with nature-loving, bird-appreciating folks of all ages.  We were pleasantly surprised by a flocking Tree Swallow air ballet for a few time standing still moments...what a SIGHT!  They flew RIGHT over us, about 30-40 birds.

We had a brief gull lesson by the time we got to the ocean.  The 4 most common gulls were conveniently resting on the mudflats, all right next to each other.  This is a great opportunity to compare field marks, though it can be tricky when you throw juvenile birds of each species into the mix.  The fun part is realizing you're seeing a juvenile gull (or whatever bird you're observing) rather than a whole new species.  Believe me - I get VERY excited when I see a "lifer" (what my bird nerd mentor Peter Trull calls a species you've never laid eyes on in the field before ), but I also find it fun to point out the field marks so birdwatchers perhaps less familiar with them can take that information with them.  It's fun to know what species you're looking at.  Birdwatching is obsessive.  It's INCREDIBLE to do it in a locale such as this... if you haven't been on a Tuesday Tweets, well you gotta do it SOMEDAY!  (double click on photos to enlarge) 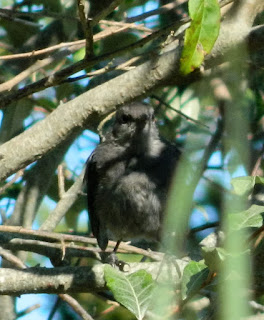 Gray Catbird (looks like a juvenile to me, fluffy feathers) 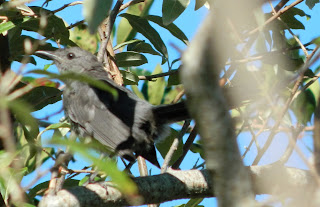 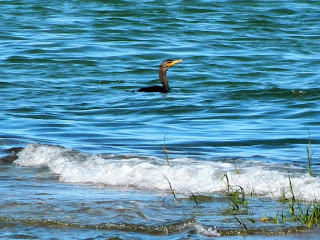 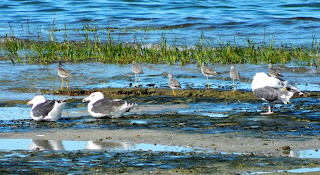 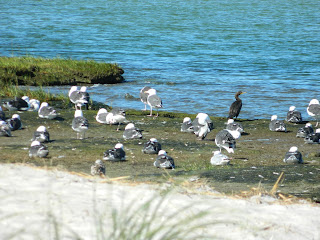 Gulls, Gulls, GULLS... and a cormorant

Gulls, with Yellowlegs on the spit of marsh grass (top of photo) 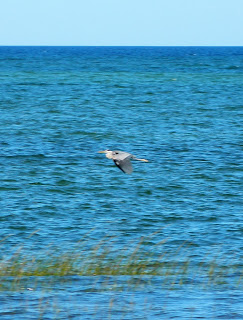 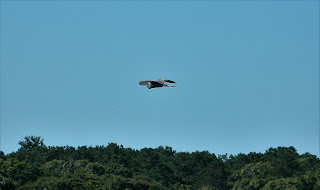 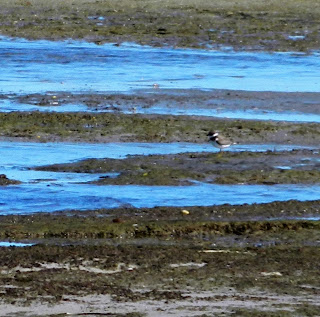 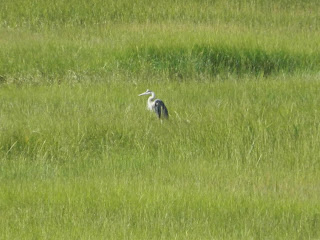