Happy Tuesday Tweets Morning to you!  Well, I was convinced we'd luck out and have a great Osprey sighting... wrong!  BUT - we were fortunate to see a Red-breasted Merganser male in Paine's Creek!  We don't often take the eastern section on the John Wing Island Trail, but I felt like it, hoping we'd have such a find!  They should be migrating soon for breeding season, so another reason why we were so lucky for this sighting.  I did not want to hike all the way to the bay due to the wind.  There's a photo below of the white caps in the distance, and as gorgeous as that is... the wind whipping at us as we crossed the ever flooding marsh (high tide due at 11:30am with a full moon the next day) was plenty cold for me!  David spotted him first and we got some decent views, once I became slightly more patient.  I'm thinking the Merganser was having some luck fishing in the creek.  He was diving and swimming against the rapidly incoming high tide - fisherman's secret maybe.  Our sighting/sound list is starting to grow with migrating spring arrivals.  Pretty cool to have the overlap of a Red-breasted Merganser and to already be hearing the call of an Eastern Towhee!  He didn't let us SEE him, but we heard him!  Same with those tricky American Goldfinches.  What a tease!  They were RIGHT in the pitch pine over our heads... but no views for photos.  The photos are slightly limited this trip - but a fine walk it was for all I like to believe!  Great to see happy familiar faces as well as new bird nerds on our adventure!  Thanks Susan for sending some photos of your own! (double click photos to enlarge) 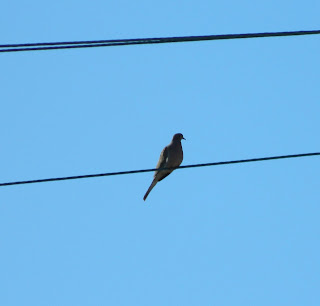 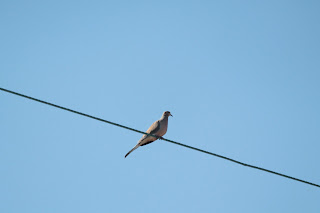 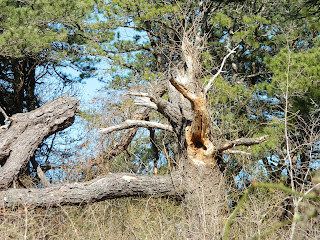 Winter damage to an old tree 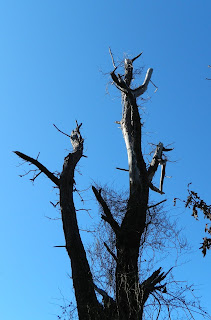 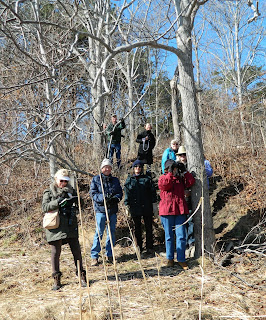 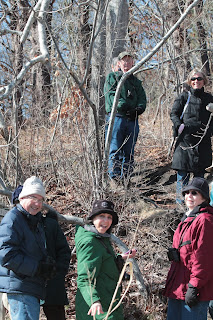 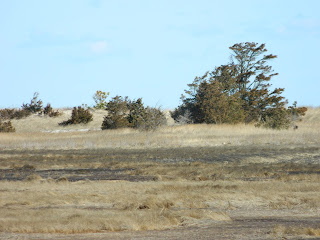 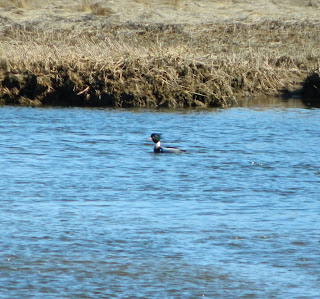 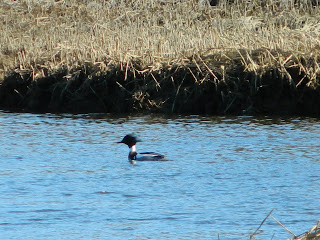 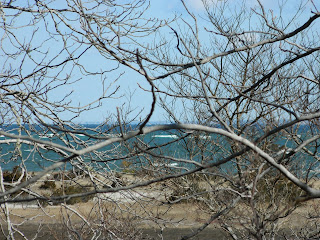 Cape Cod Bay with whitecaps in the distance 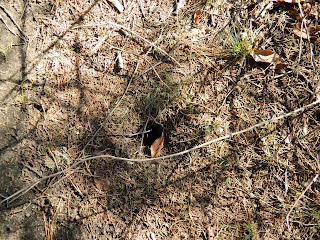 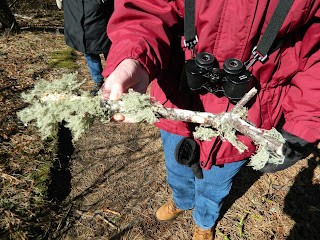 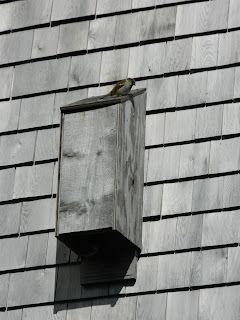 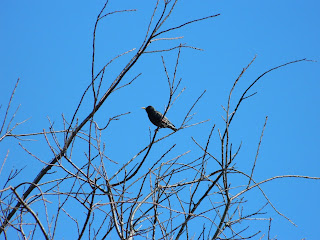