Spring... it really felt like it was in the air this morning and we had a beautiful walk to enjoy each other's company as well as the birds and their spring-time songs!   We had the tides to guide our walk again and since 10:30 high tide would be upon us, there was no way we were going to make it across the salt marsh to Wing Island.  The tide also demonstrated how the woodlands that lie between the salt marsh and Cape Cod Bay just north of the museum are aptly named "Wing Island".  At high tide - it IS an island.  Those Song Sparrows certainly make it fun to ID their song, especially when comparing it to the other chirps and calls we were treated to.  We also had a nice surprise from the Cape Cod Times!  Steve Haines caught up with us when we still had about 20 minutes more of the walk.  We decided to cross 6A to check out the Lee Baldwin Trail, since we spotted a couple of Turkey Vultures and a Red-tailed Hawk.  I will post his photo(s) on a later entry.  Nice guy and hey... we bird nerds appreciate that he seemed to enjoy the tail end of the bird walk as well.  Thanks also to Susan who sent me a couple of her photos!  Please see below for photo credits.     (double click photos to enlarge) 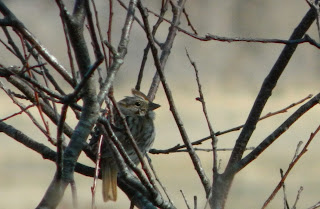 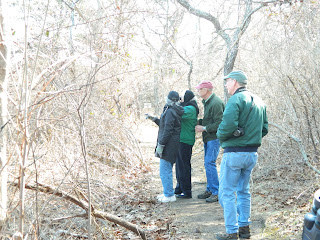 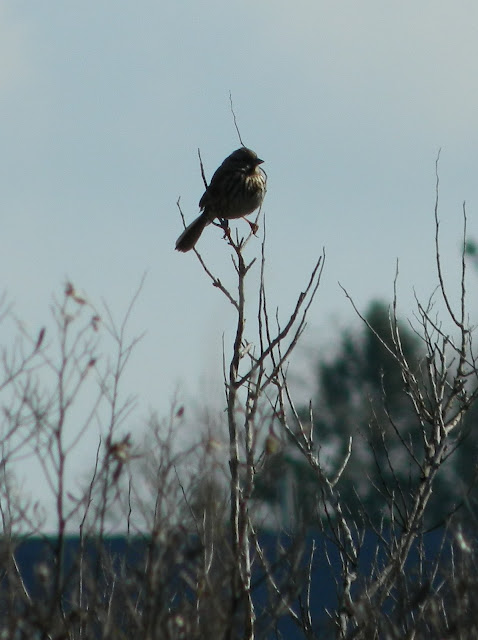 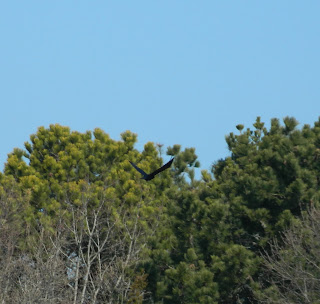 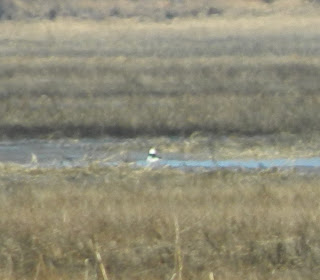 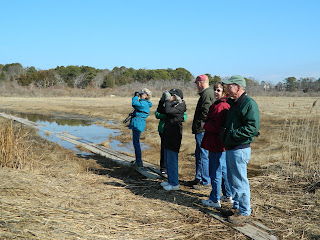 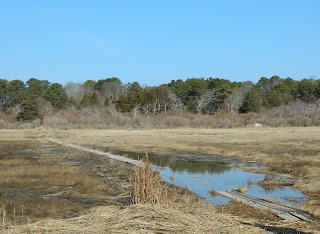 Look at the tide coming in over the boardwalk...we did not make it past this point. 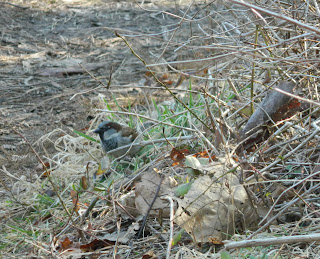 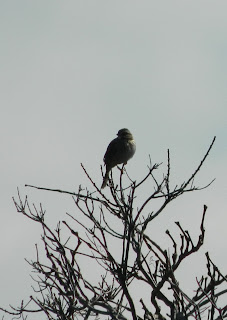 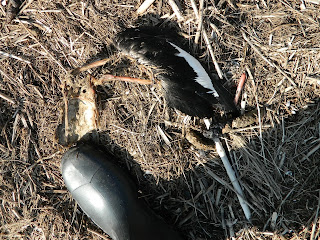 Carcass of Bufflehead (just a guess) on the marsh 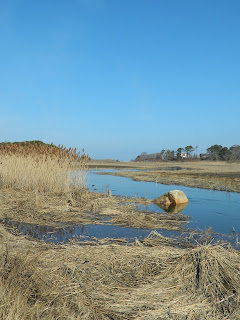 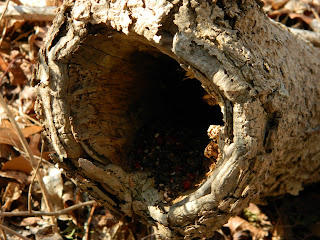 Someone's stash of food and a nice sheltered place to eat 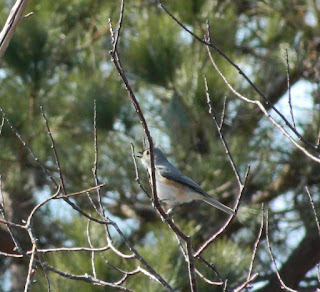 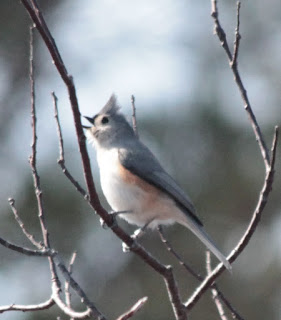 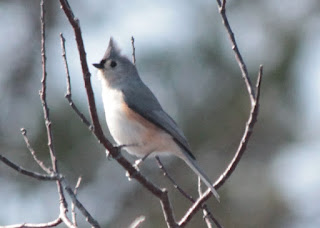 Next opportunity for Tuesday Tweets: 3.22.16  $2Members/$4Non-members
Happy Birding!
Posted by cape cod bird nerd at 9:30 AM