Here comes the chill!  We had a sea breeze to contend with, but nothing too terrible.  Sunny skies were above and we had our share of sightings and sounds this morning!  I can't remember the last time we spotted a House Finch during Tuesday Tweets, so that was a nice find this morning.  Turns out American Goldfinch seemingly cannot get enough of those juniper berries!  As we were walked the rocky, root laden meadow trail toward the beach, something surprising and spectacular caught my eye... a White-tailed Deer - all alone.  She seemed equally curious of us and we had a nice long 400feet apart stare down, then she hopped down into the safety of a salt panne in the marsh.  It was a moment of peace and beauty - and how can you beat starting a chillly November morning?  I really couldn't say.  Thanks for joining me Bird Nerds!  It's a treat having you along for the walk (double click photos to enlarge. Photo credits to Rick as noted) 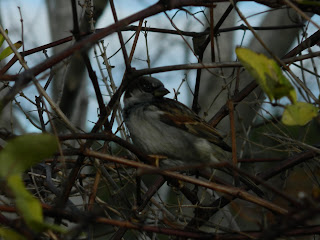 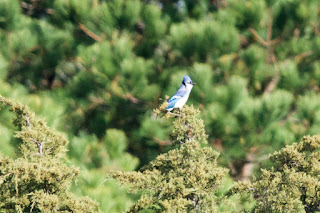 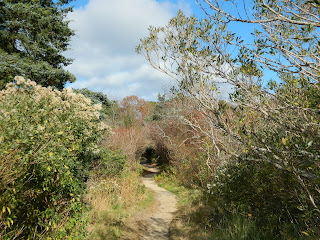 Does it call to you too? 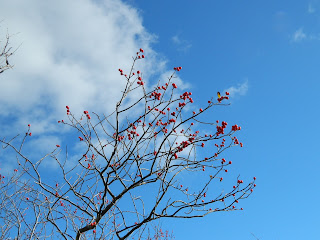 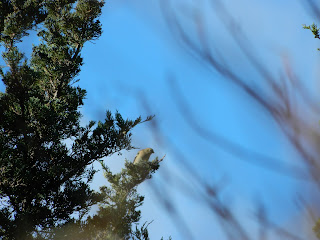 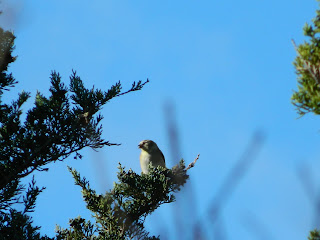 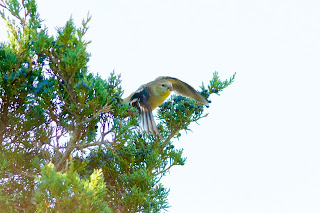 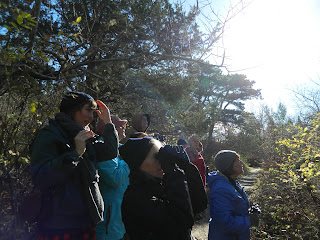 Bird Nerds checking out the House Finch and the American Goldfinch 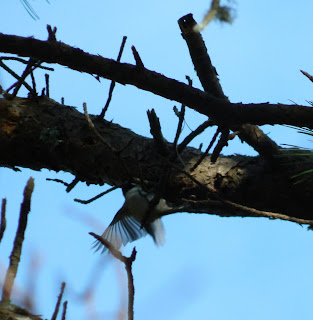 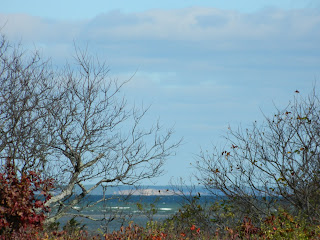 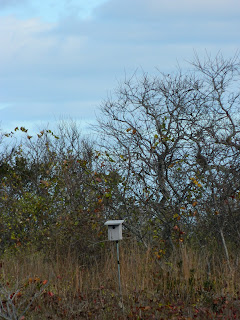 Nest box on the marsh - inhabited typically by Tree Swallows in the summer,
and occasionally by Eastern Bluebirds 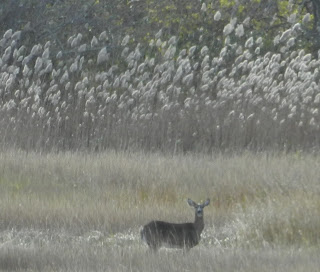 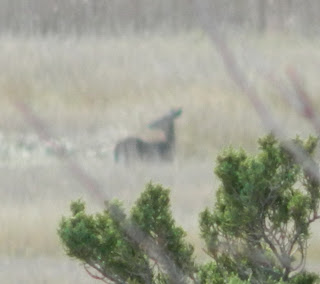 I know it's blurry, but it looks like a painting to me 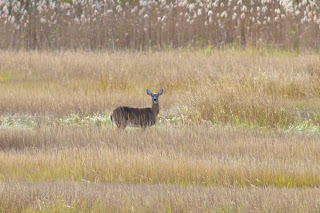 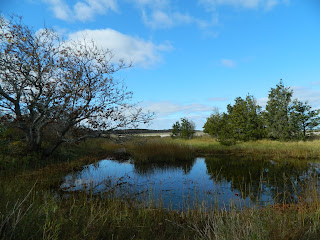 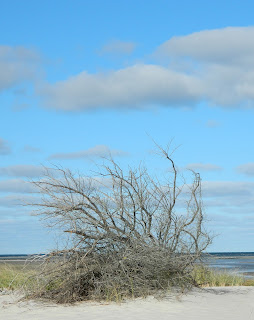 So many Cape Cod Bay colors 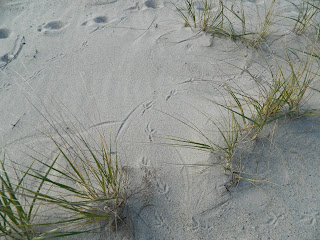 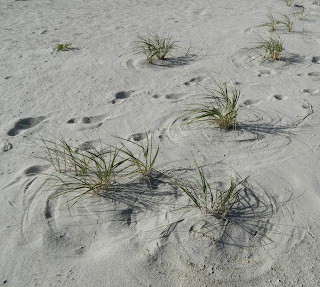 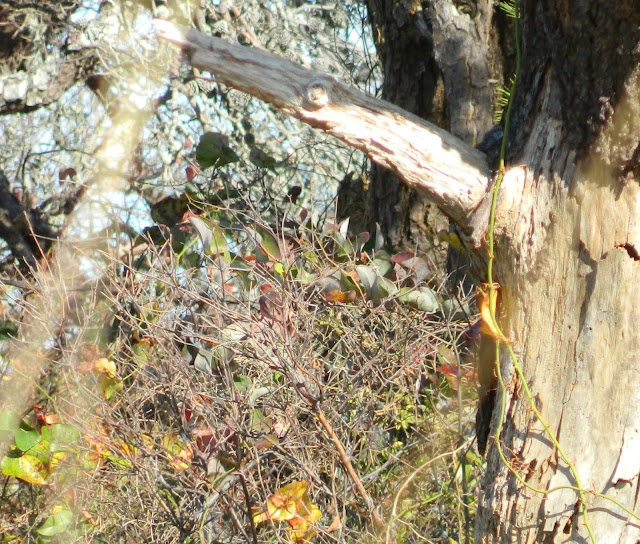 Camouflage... can you see him? 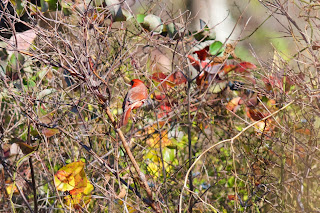 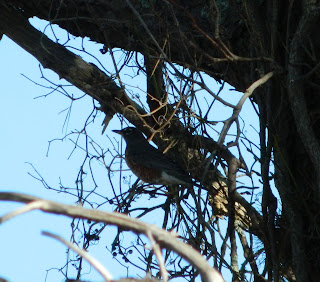 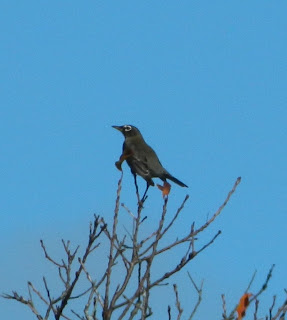 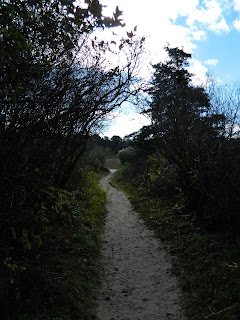 John Wing Trail heading southward, back towards the marsh