Brave, crazy, or merely sticking to the bird nerd mentality... I did lead a Tuesday Tweets bird walk this morning.  Flurries continued throughout the hour due to the ocean effect (I believe they call it) and the northerly winds that didn't seem to let up the entire hour.  It's dangerous for birds to be out in that weather for a few important reasons.  Flight requires enormous amounts of energy.  When the wind and temperature are working against you, sometimes it's best just to be still.  We had a few feathery customers and were rewarded at the end with a very nice view of a small Red-tailed Hawk, probably male, judging by the smaller form. Thank You Susan for your dedication!  See you again soon I hope!  (double click photos for larger images) 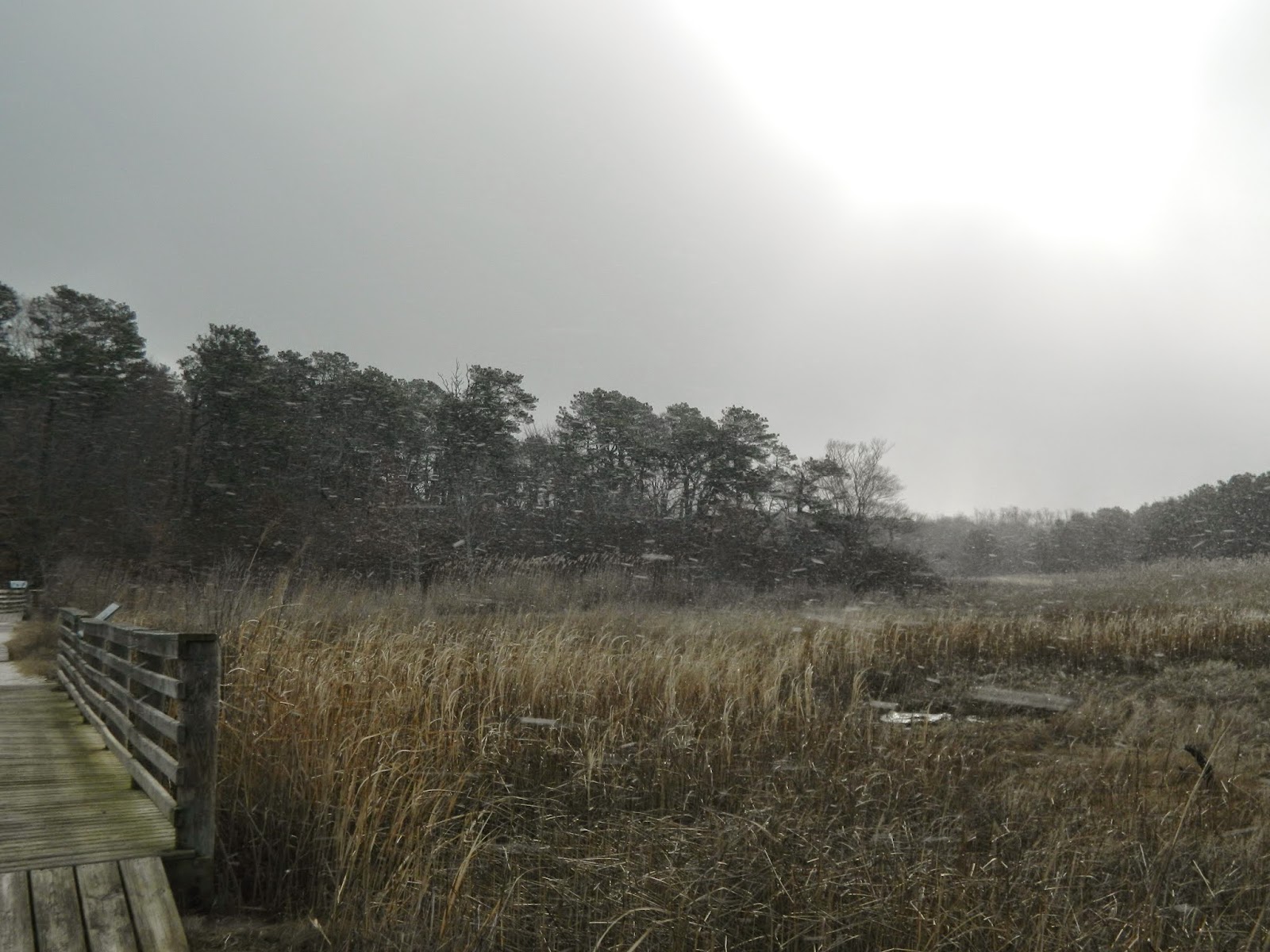 Blustery over the salt marsh 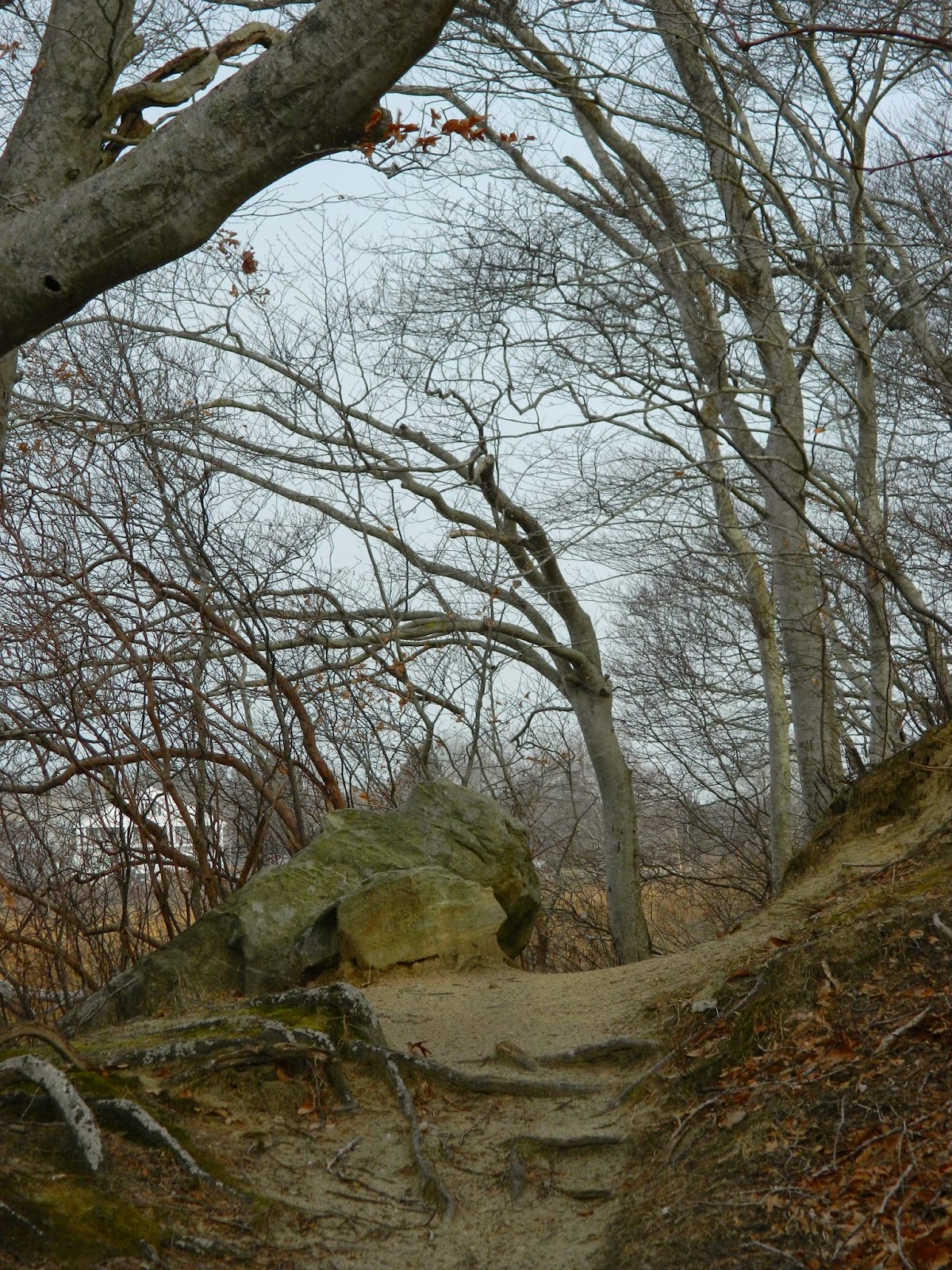 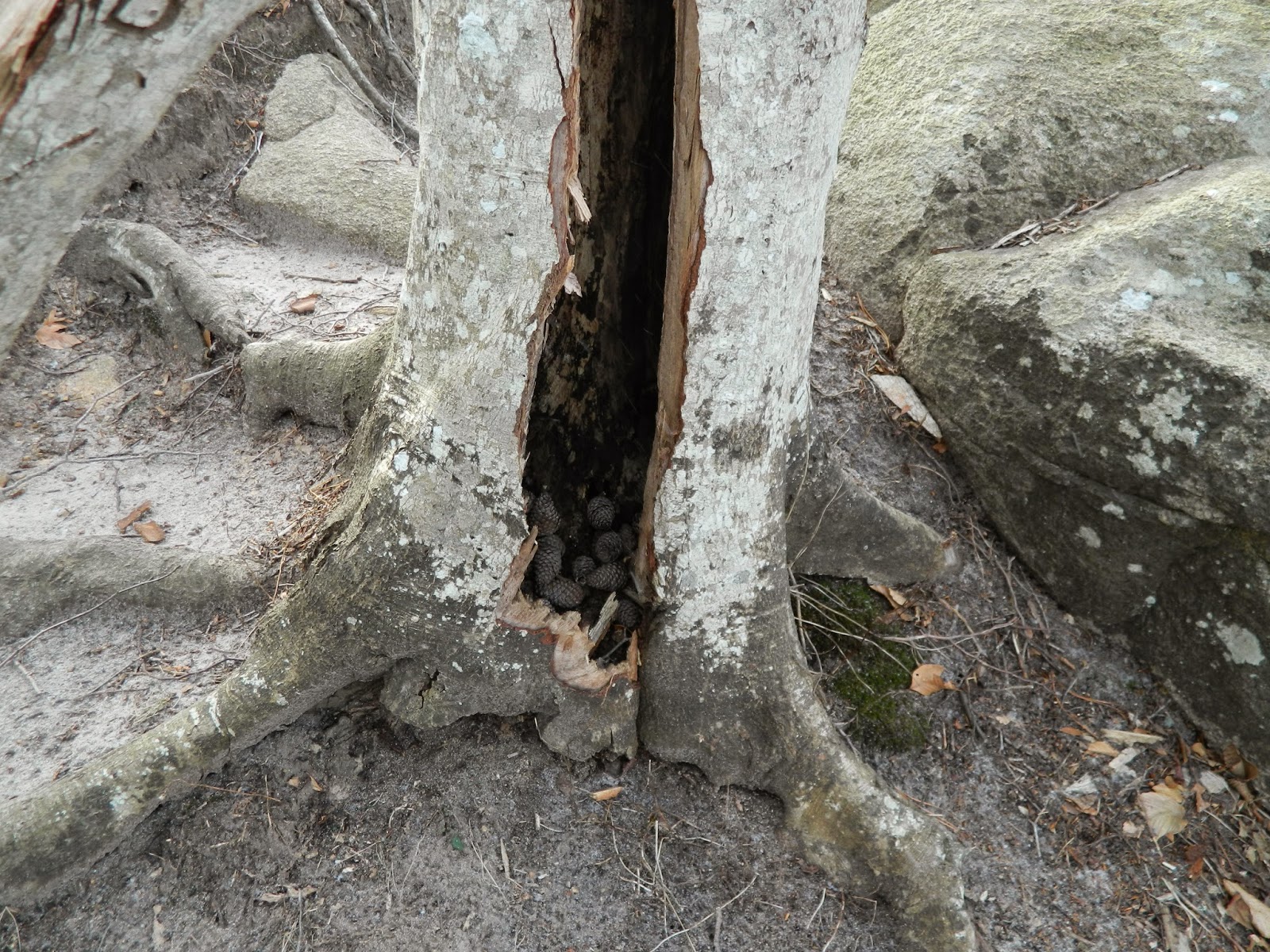 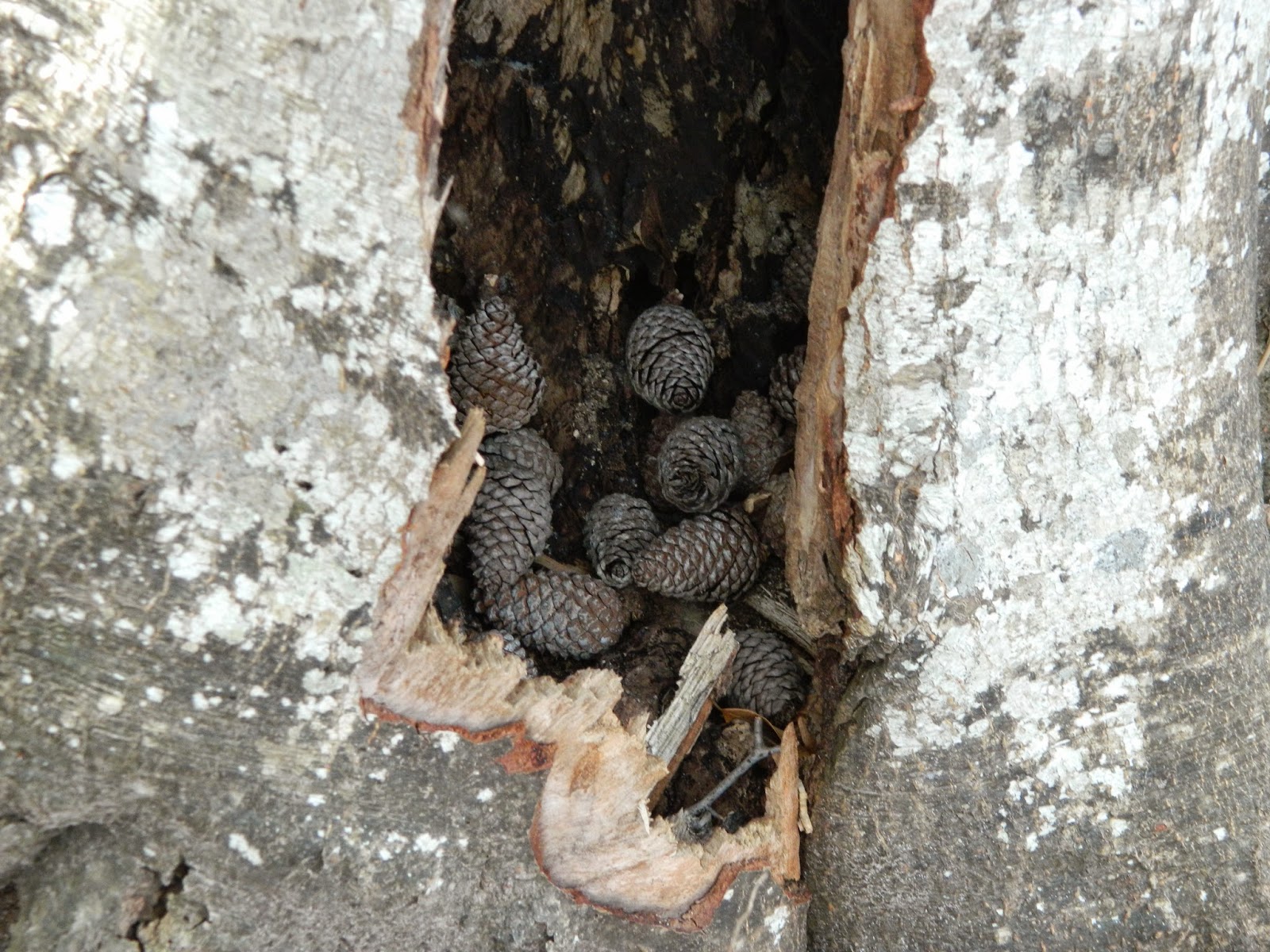 Who did this?  Squirrels?  It was quite a stash, or cache... 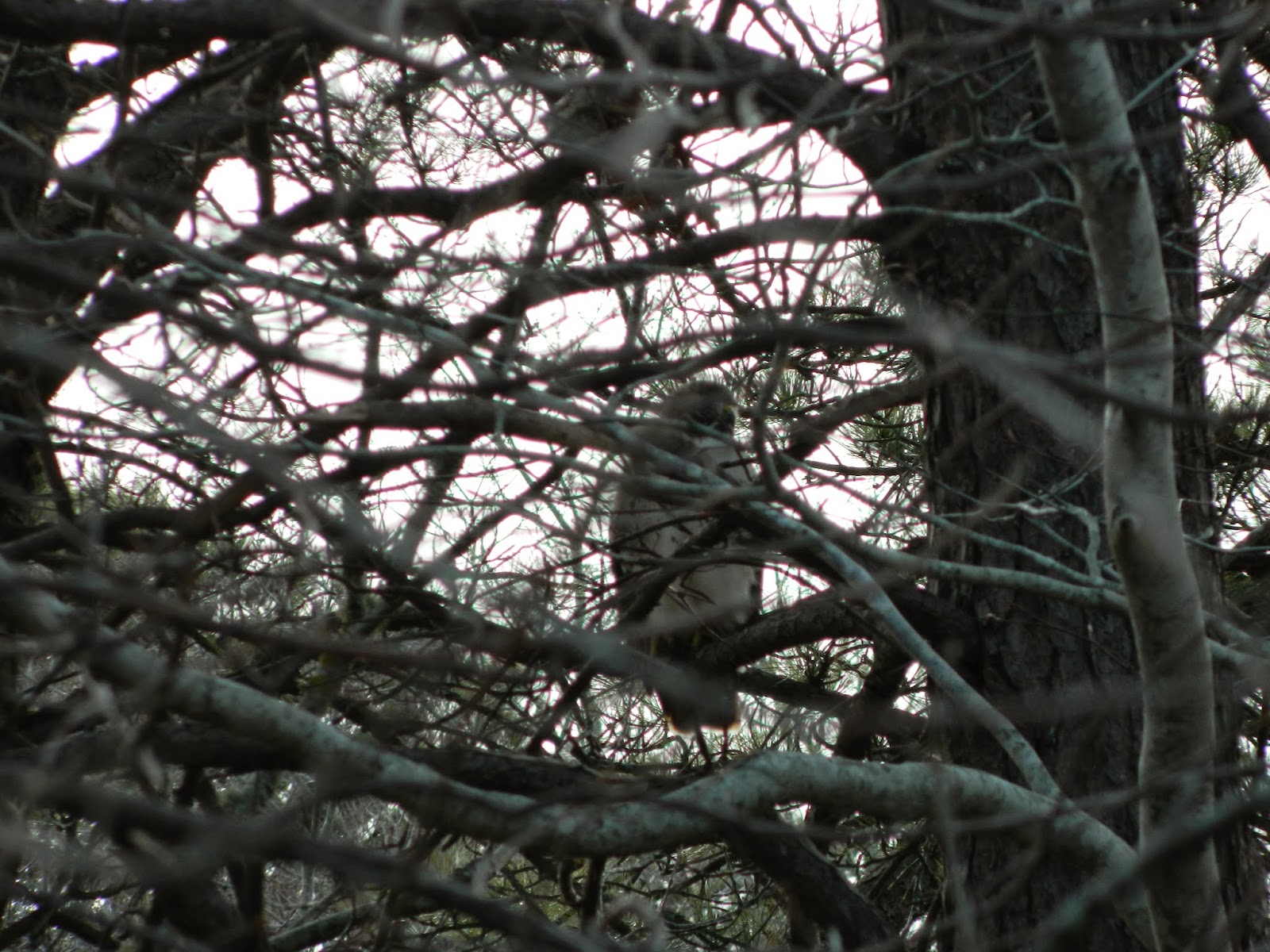 Red-tailed Hawk ( I did not get a good view)