1.27.15  Bird Nerd Moment - South Yarmouth
Blizzard on Cape Cod (and much of Massachusetts)

I was recently asked by my friend Laura about what the birds do in times of extreme cold weather.  First of all, it makes me happy that she cares about the birds, like so many of us do!  My initial answer was to find shelter and huddle together, for species that can handle that.  Not all species of birds will flock for safety, but that is one of their safety measures. There is safety in numbers.  Birds also use camouflage as often as possible, to avoid being detected.  Movement is an great use of energy, flight in particular.  They need to conserve as much energy as possible on body heat to avoid hypothermia.  Eating as much as possible and relying on their fat supplies can make a huge difference in their survival.  They also fluff up their feathers to warm their bodies.  No matter which combination of tactics used as a creature of nature, luck certainly can play a role.  Finding shelter throughout a blizzard can be key to a bird's survival, as is the case for much wildlife.

I kept checking the feeder I had filled on Monday, along with the suet.  Several species of birds visited our yard on Monday before the storm. (double click photos below to enlarge) 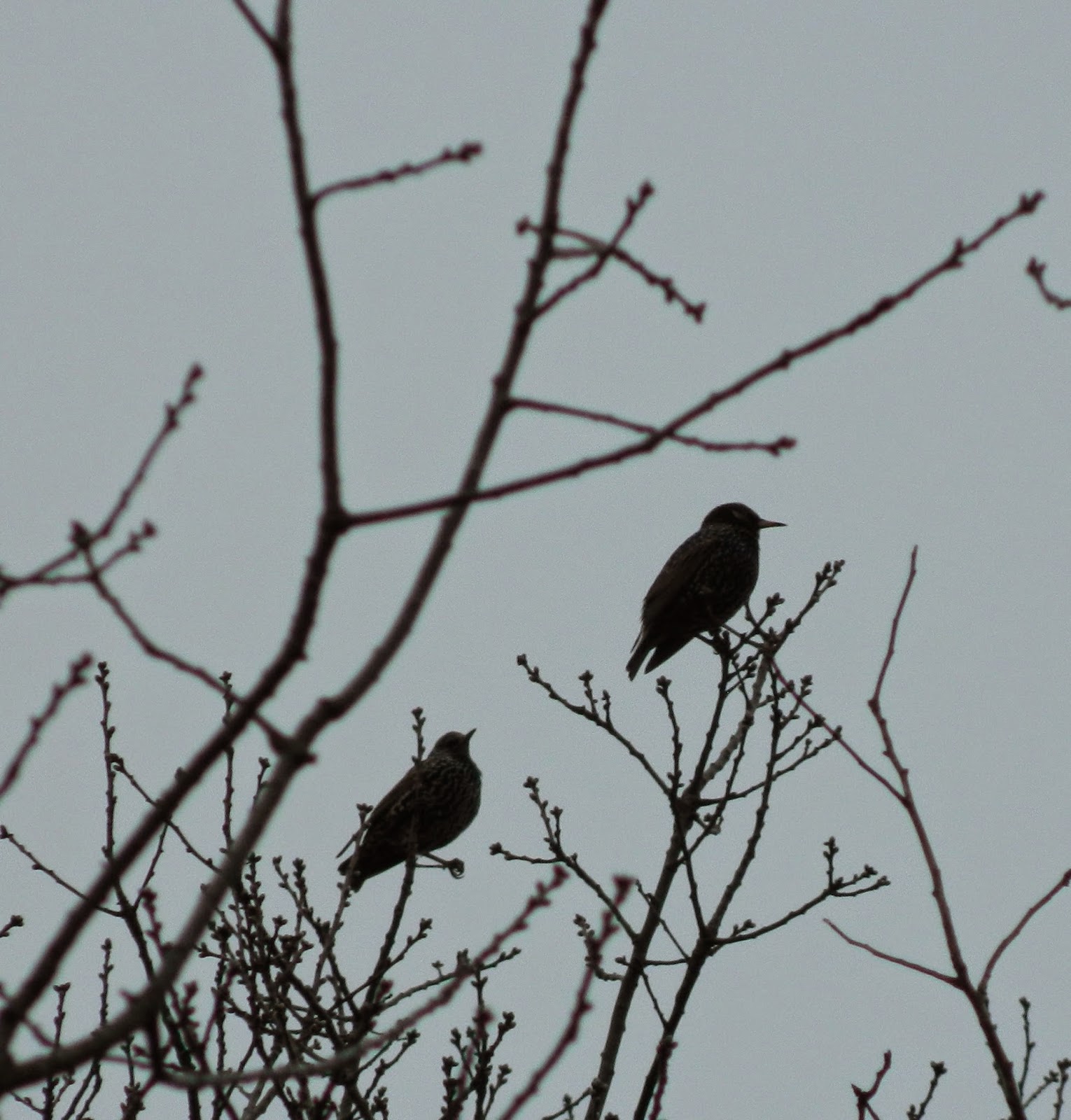 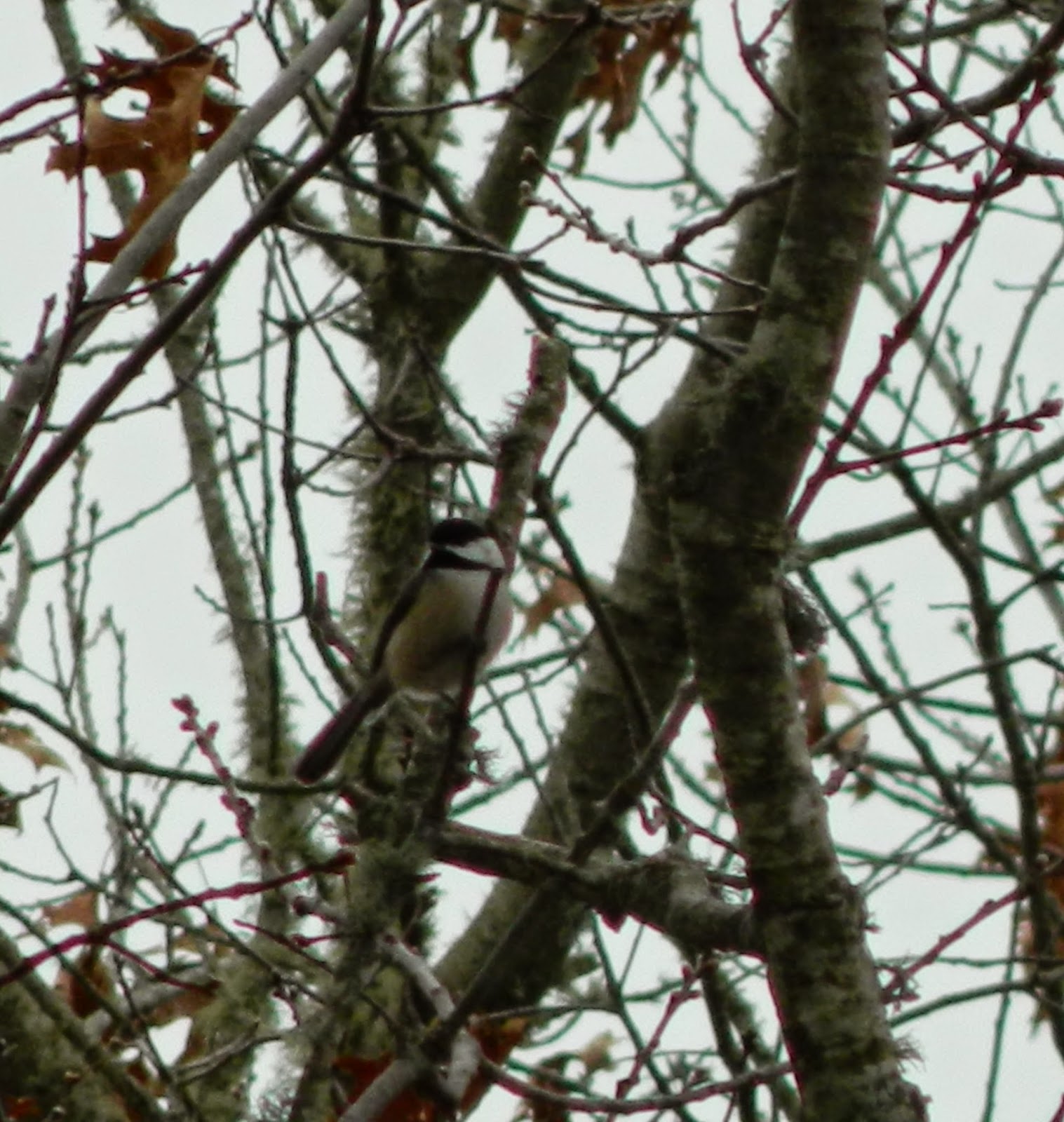 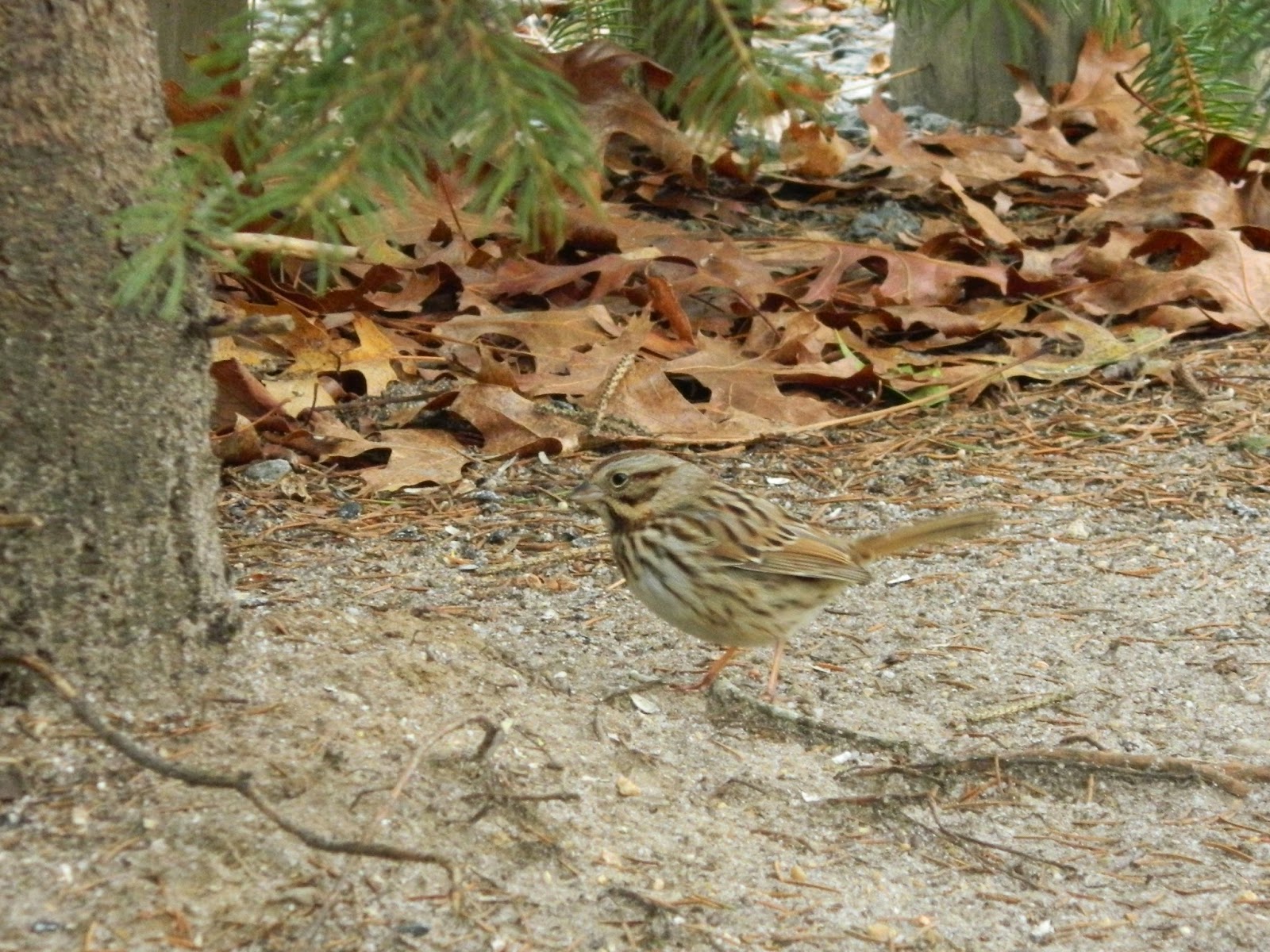 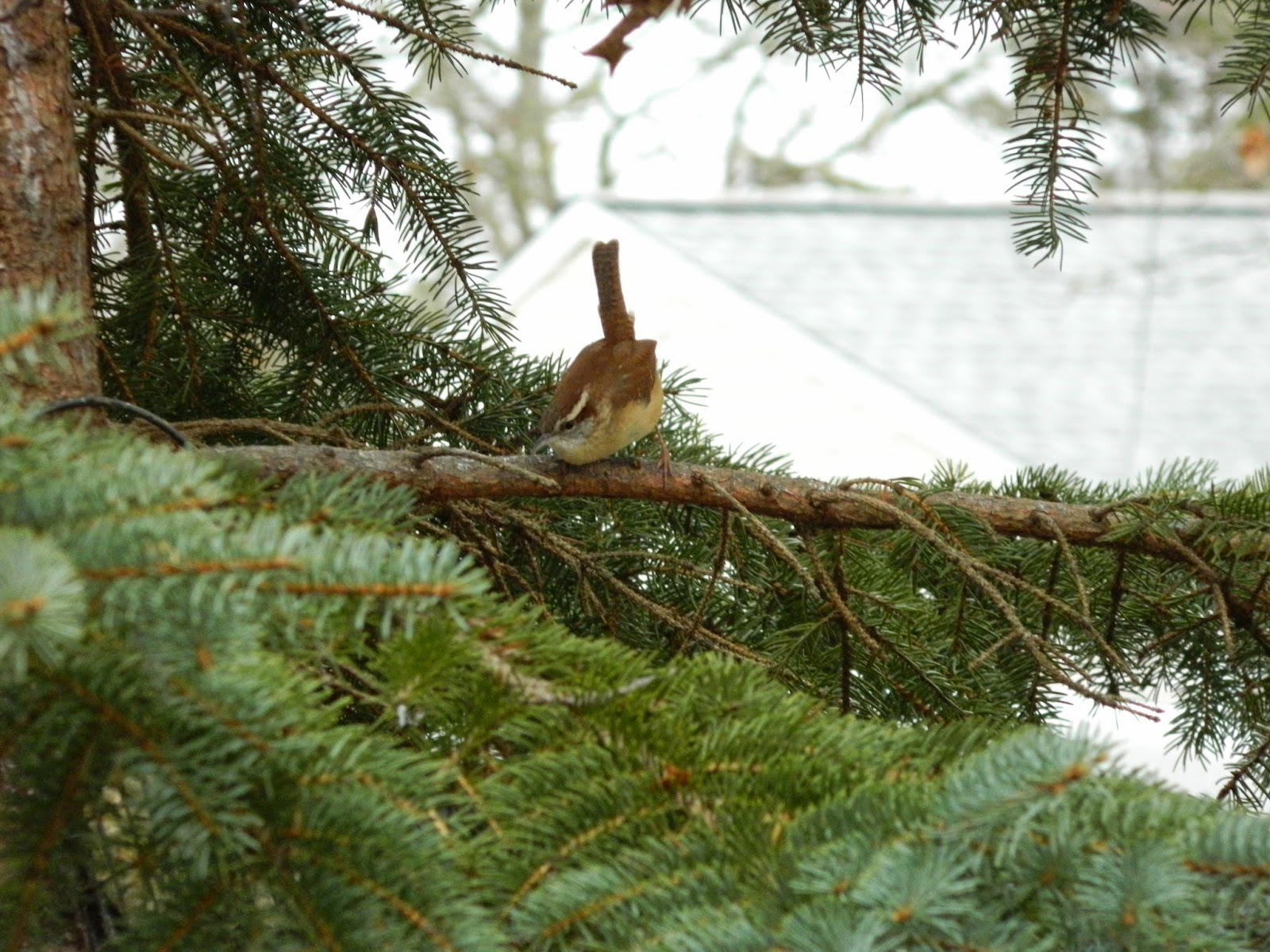 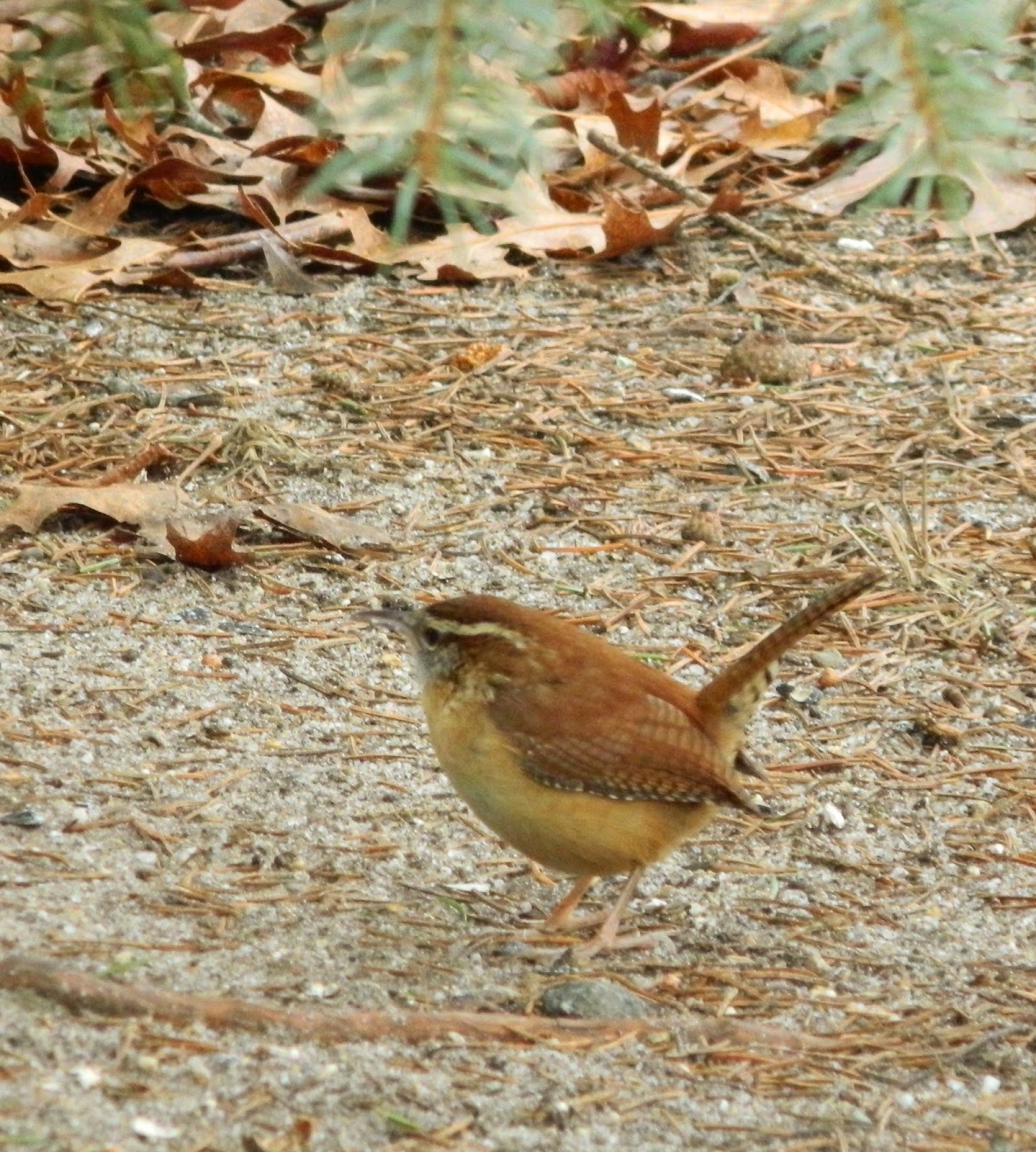 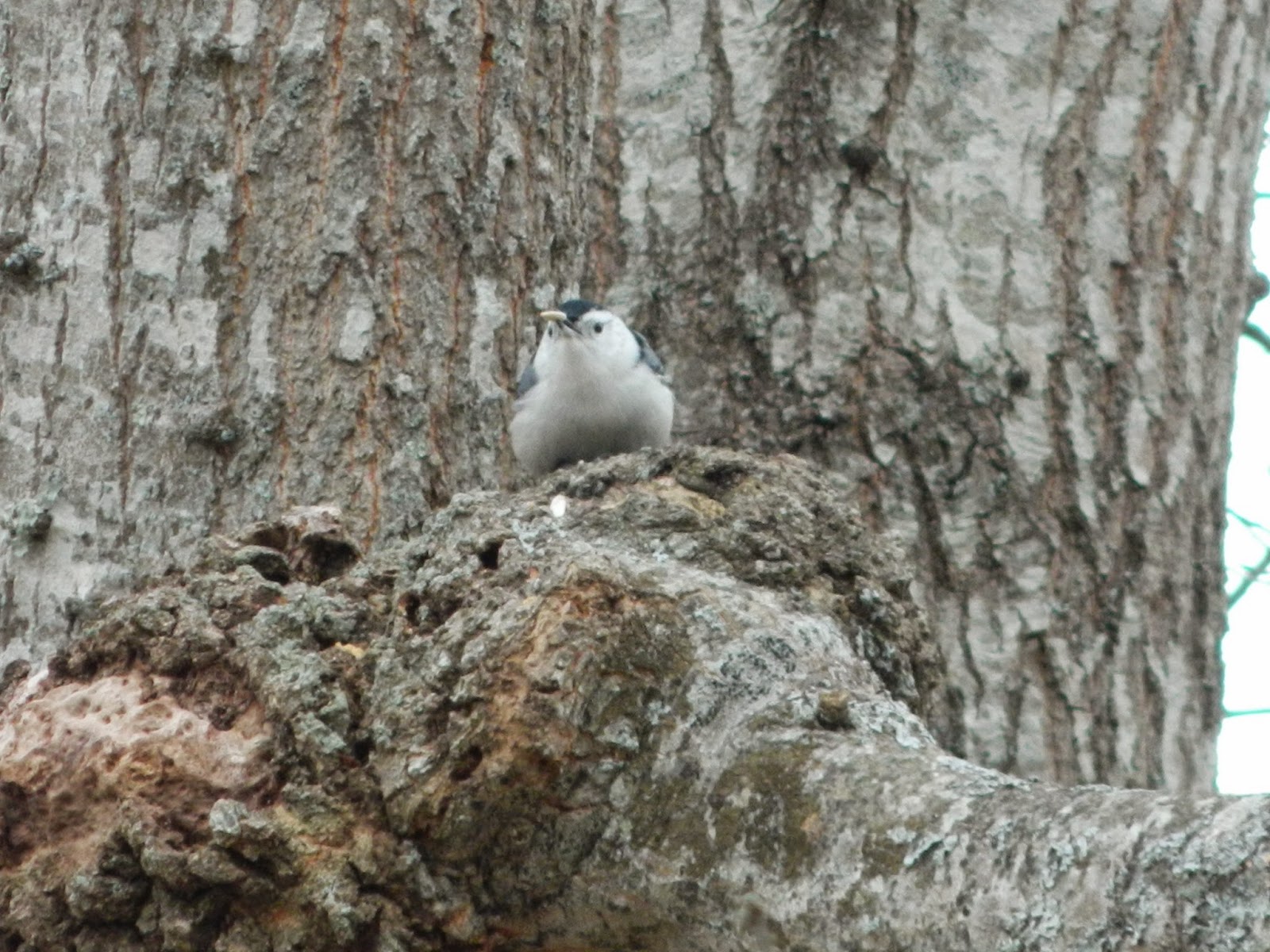 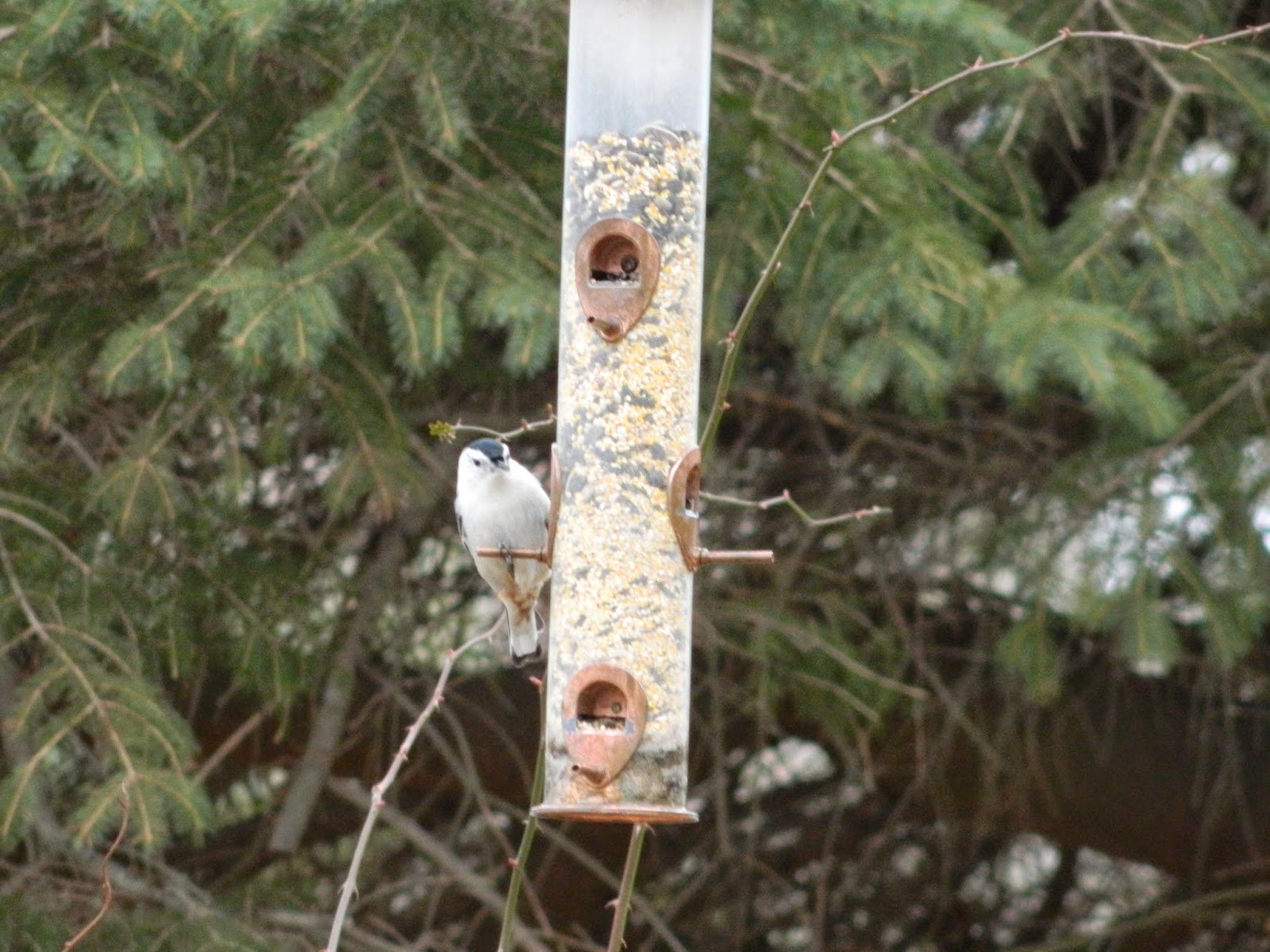