2.10.14 - Green Briar Nature Center - Monday Morning Bird Walk
Cape Cod Canal - Sagamore, MA
Sandwich Boardwalk - Sandwich, MA
This winter has been very cold and snowy, but bird nerds can still be found toting binoculars and cameras to the chilliest of locations - the Cape Cod Canal included.  Even though we had to take some time in the van to warm our bones, we had quite a successful showing of birds - mostly floating in those frigid waters.  It's hard to imagine how they thrive and survive in these temperatures, but for a lot of these birds - this is a warmer climate than their nesting grounds in Canada.
Our List:
﻿
American Robin
Song Sparrow
Common Loon
American Black Duck (female & male)
Red-breasted Merganser (female & male)
Common Eider (female & male)
American Crow
Cormorant
Herring Gull
Great Black-backed Gull
White-winged Scoter (female & male)
Common Goldeneye (female & male)
Mallard (female & male)
﻿ 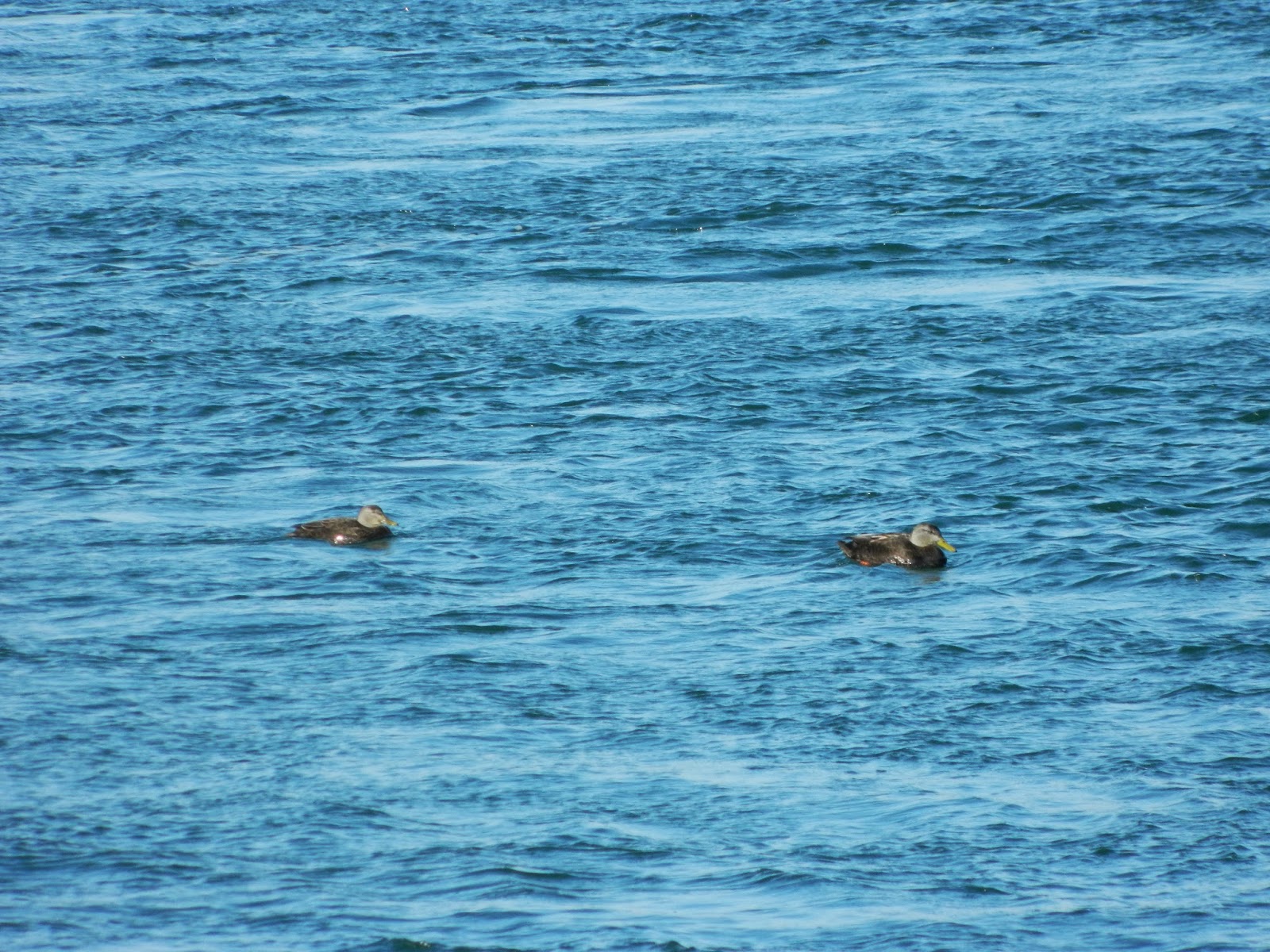 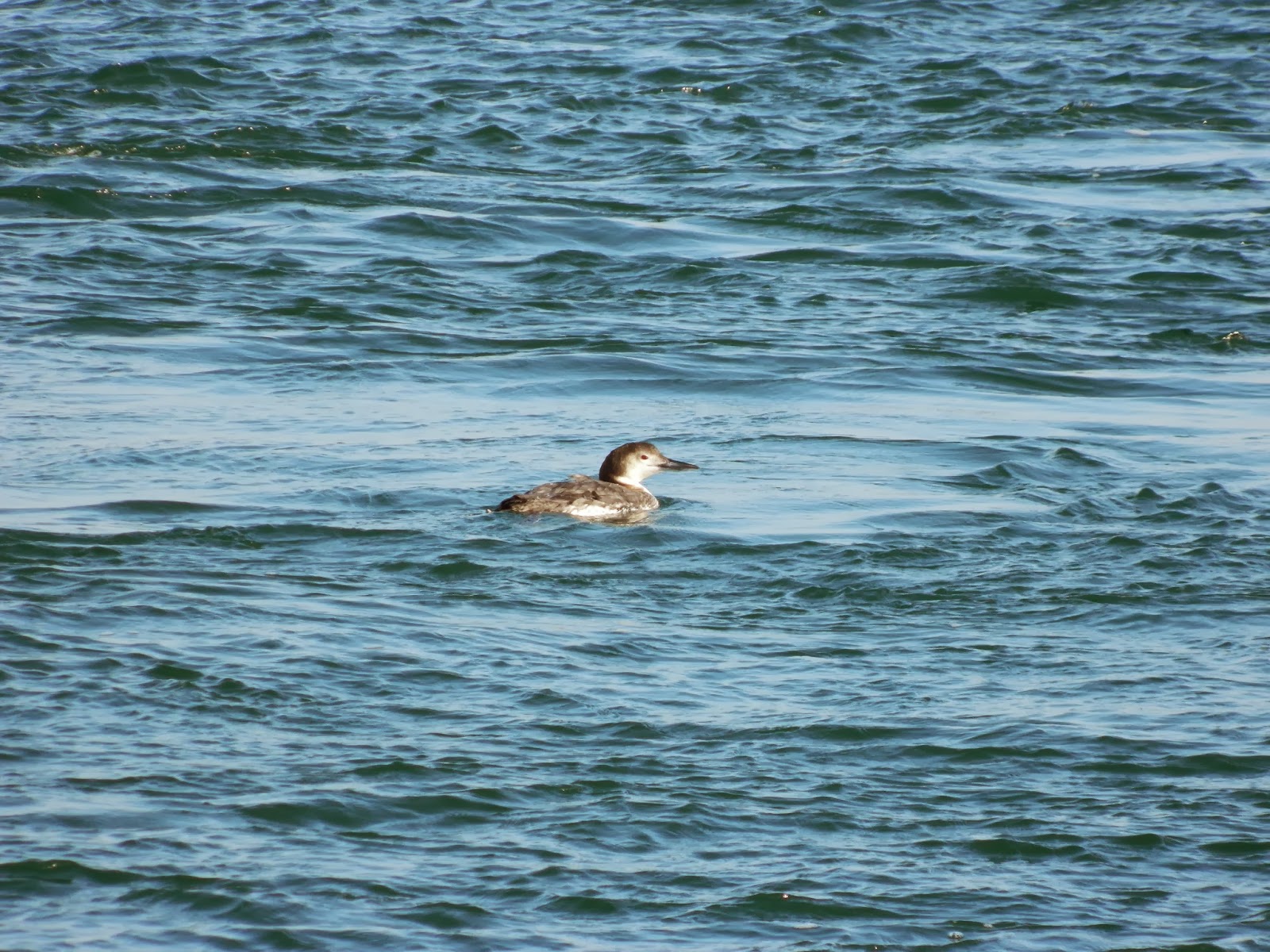 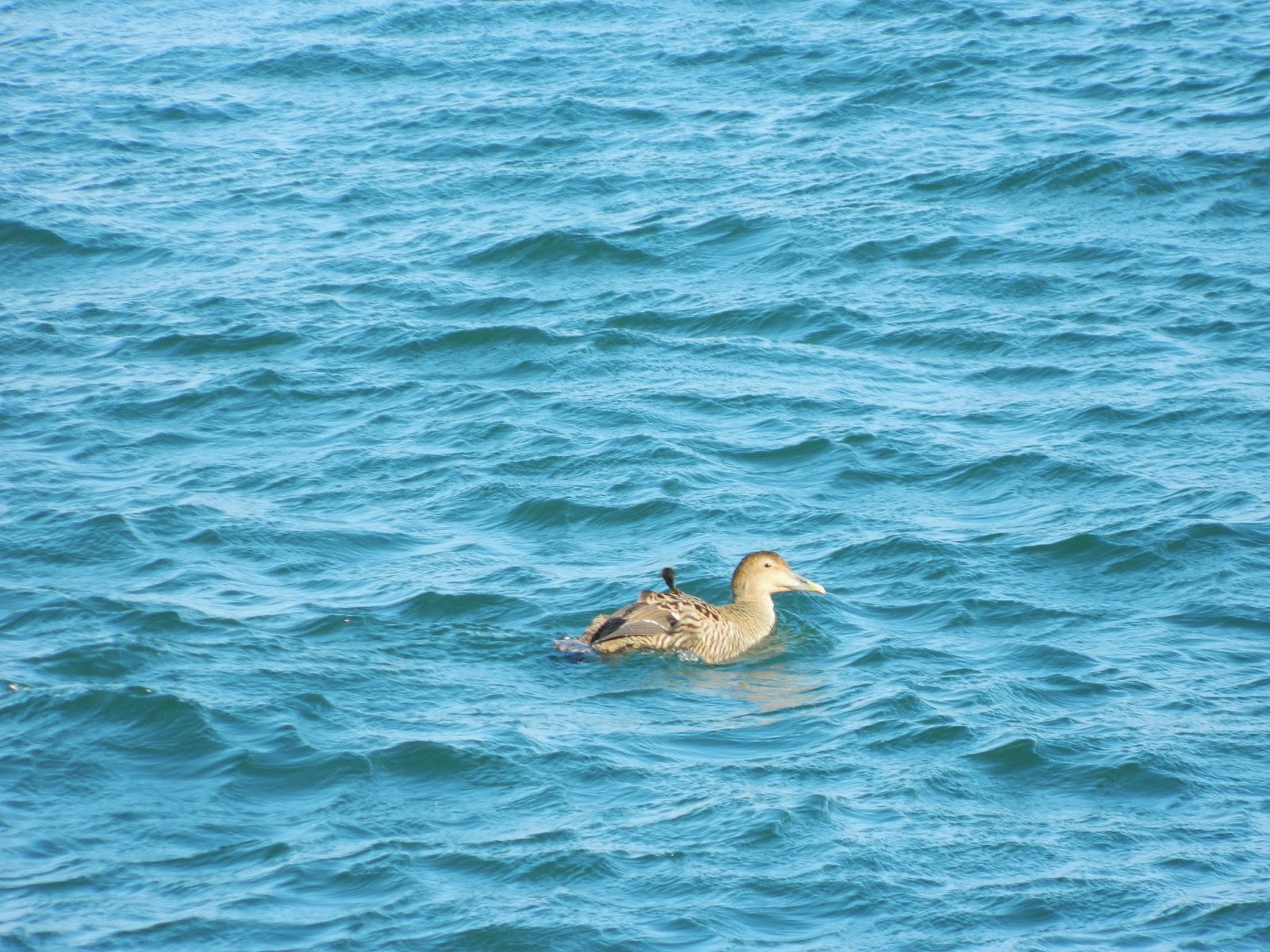 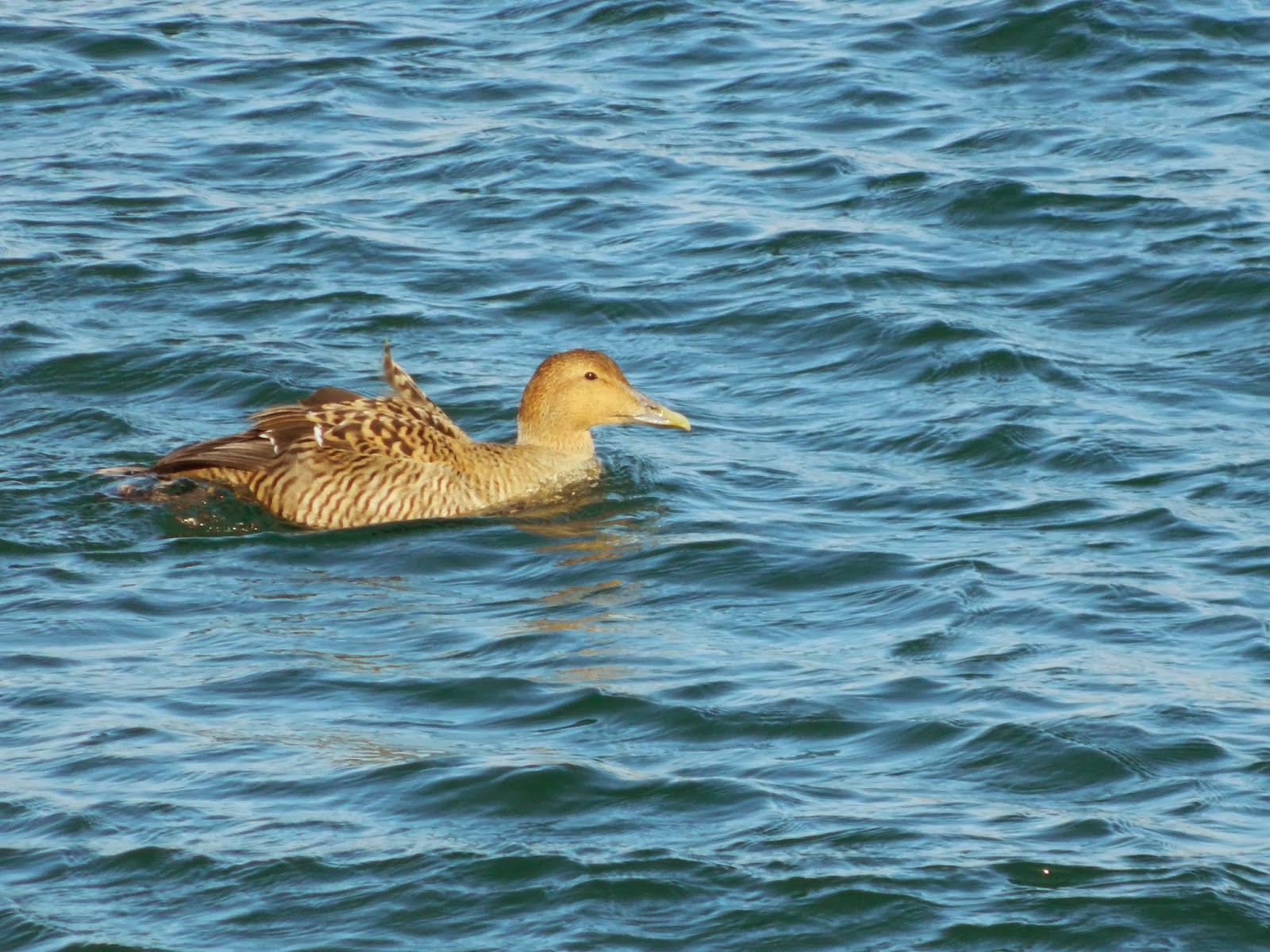 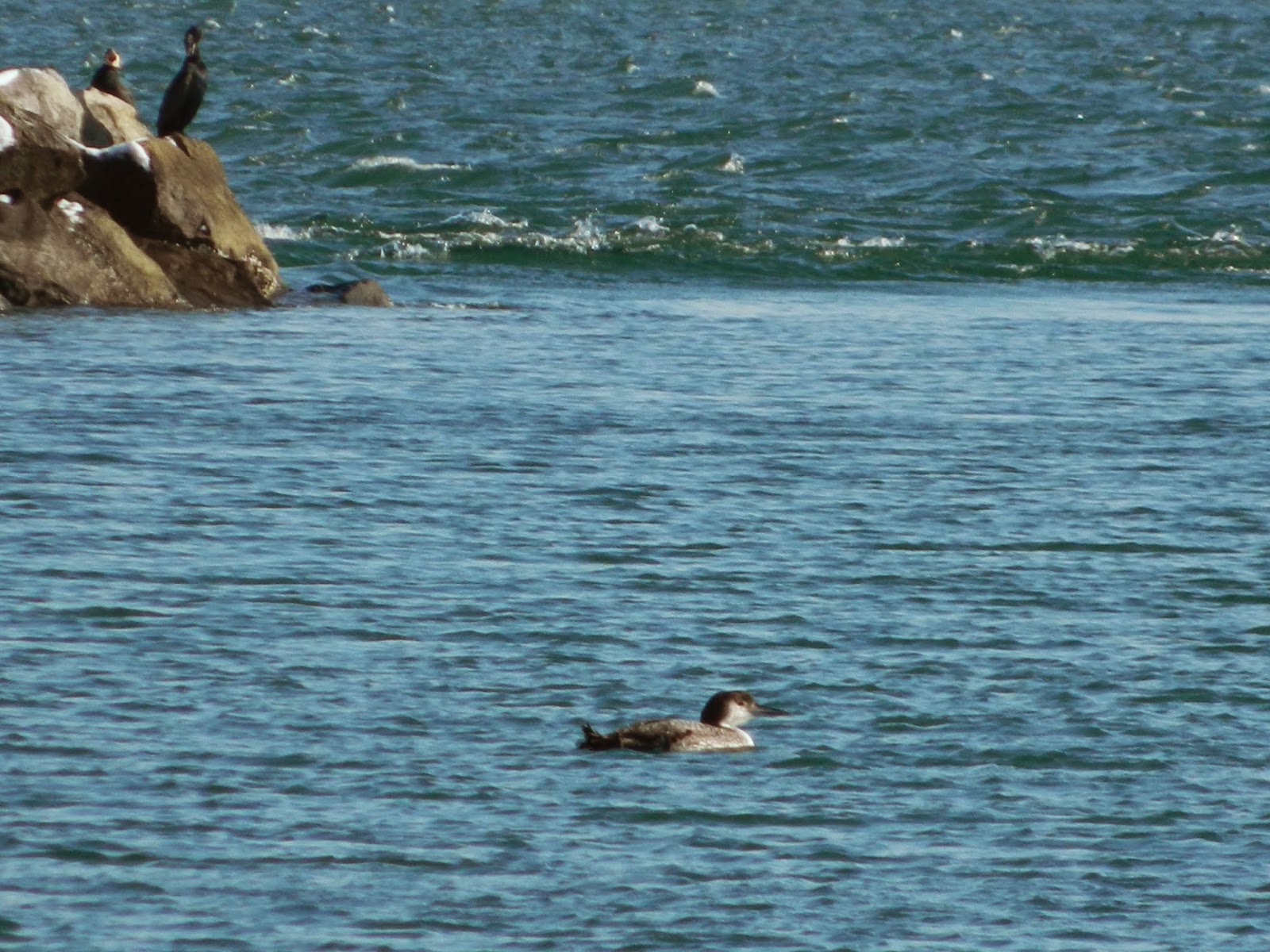 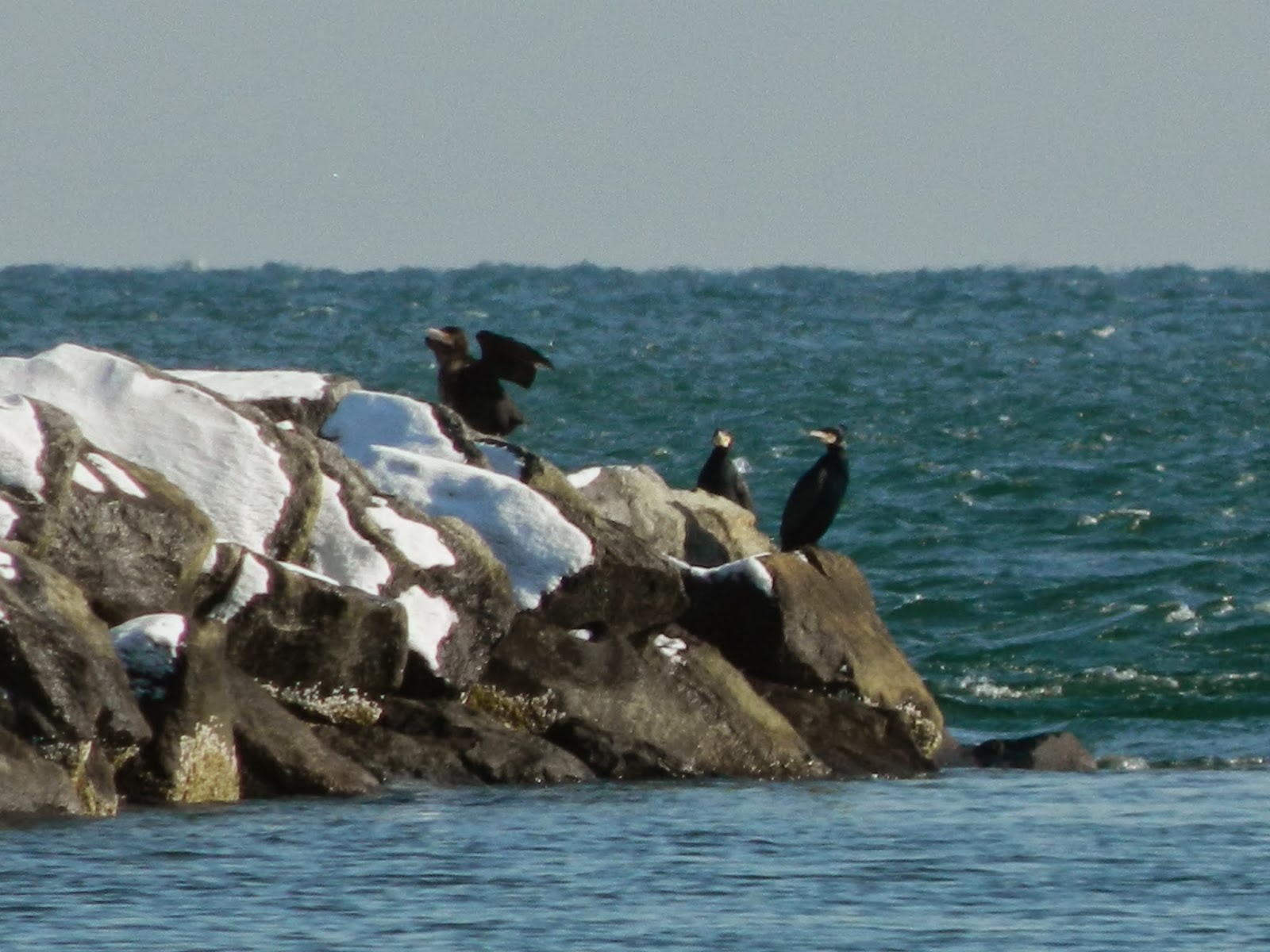 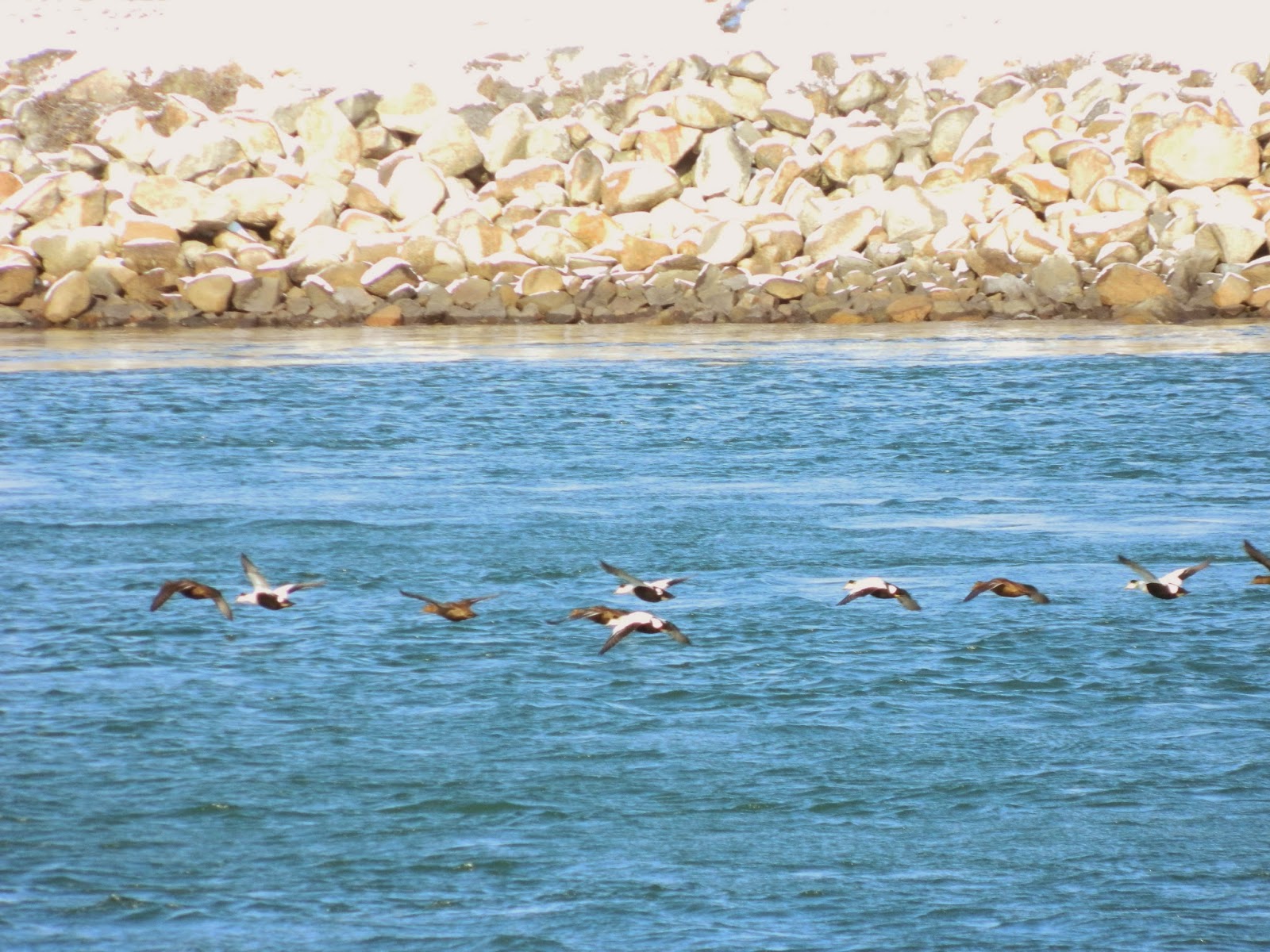 Common Eiders on the wing 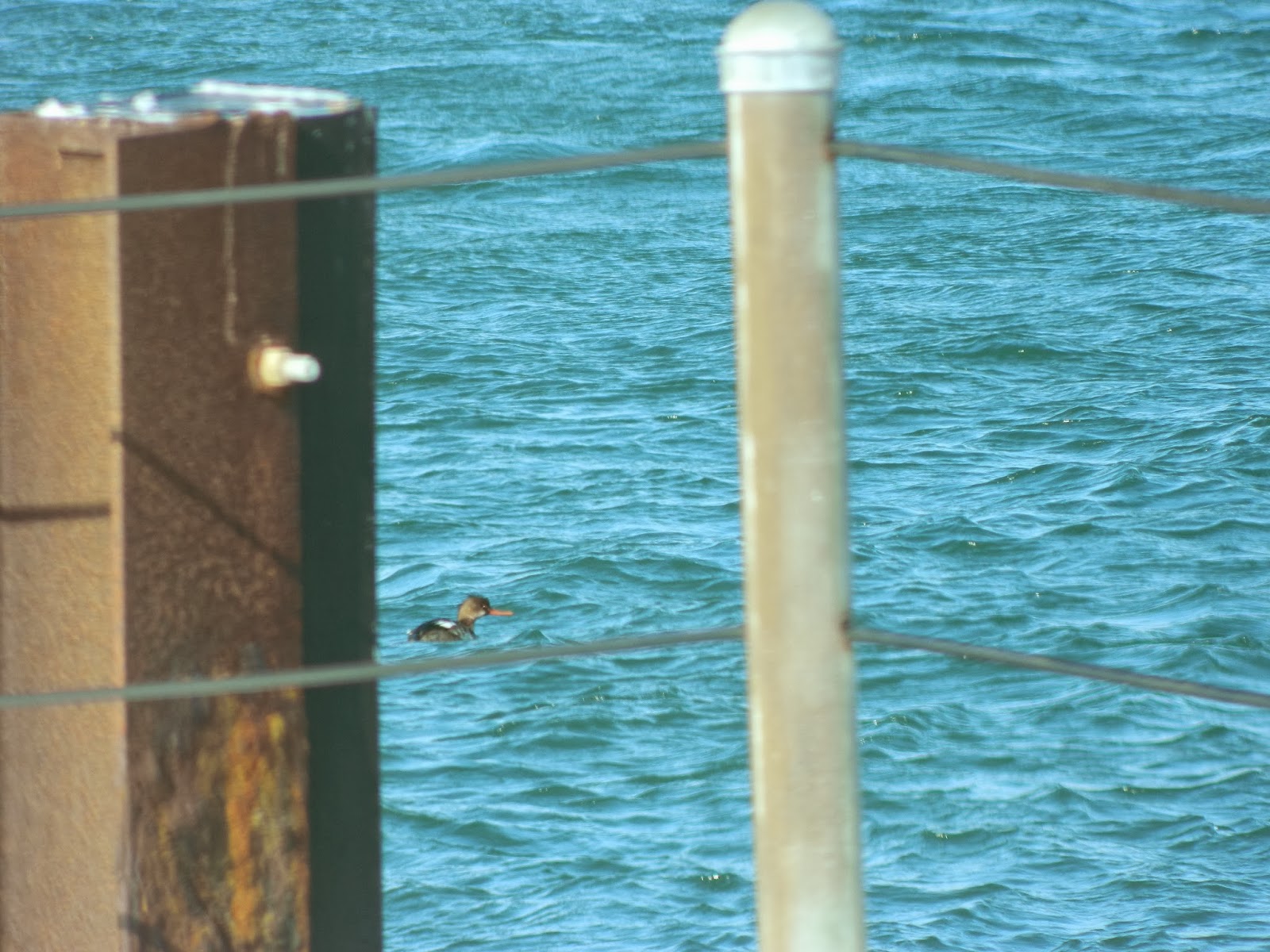 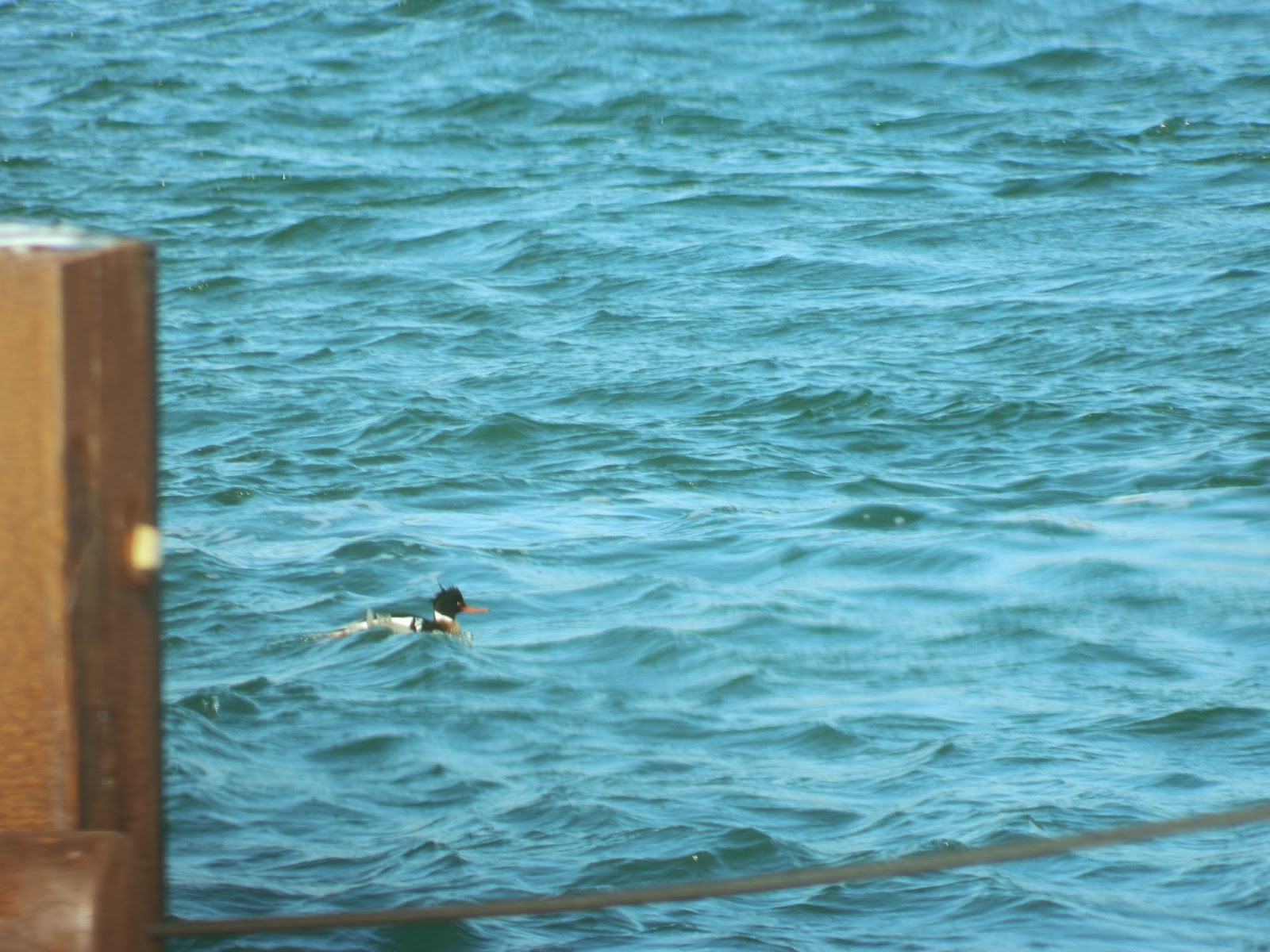 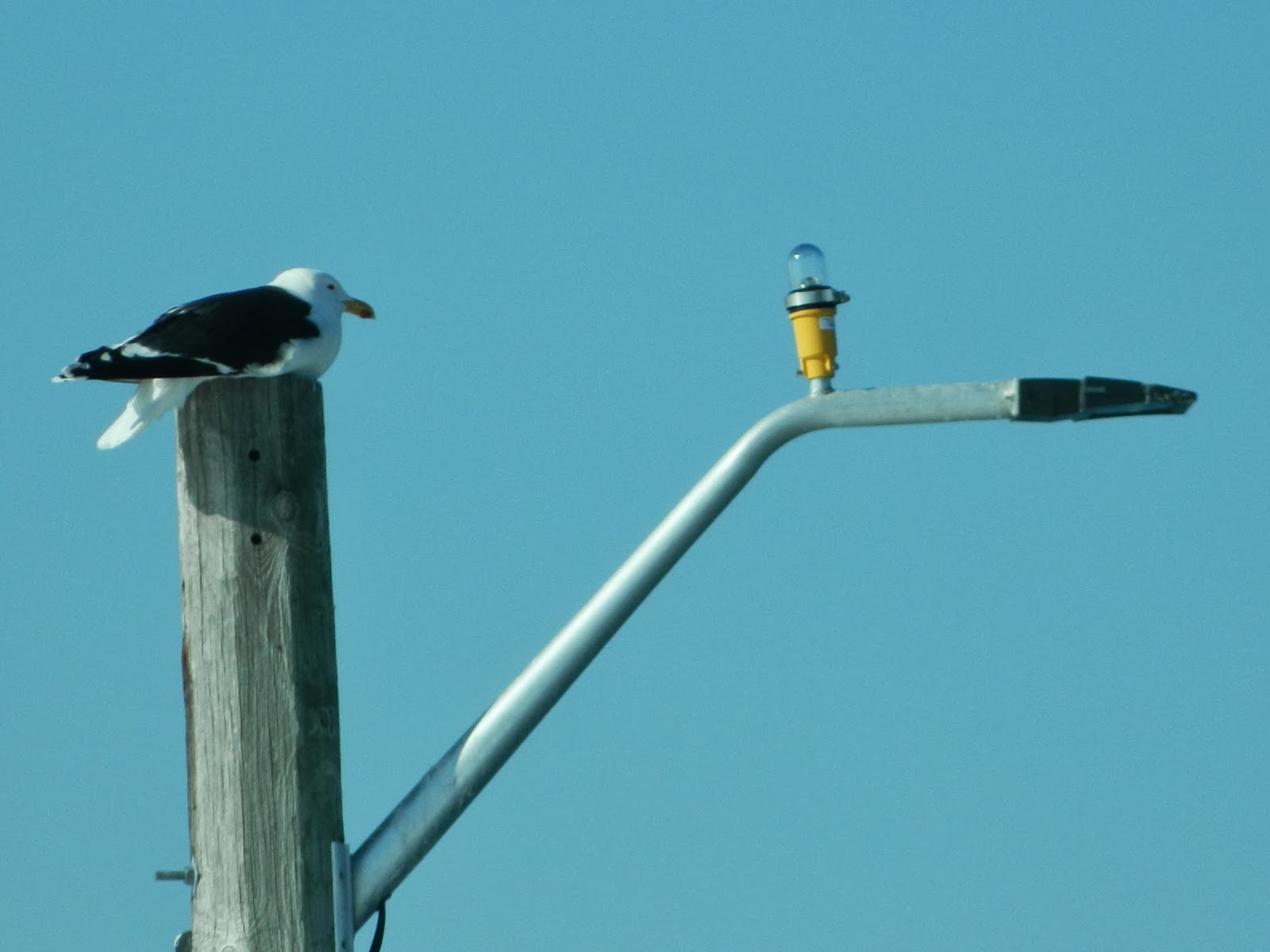 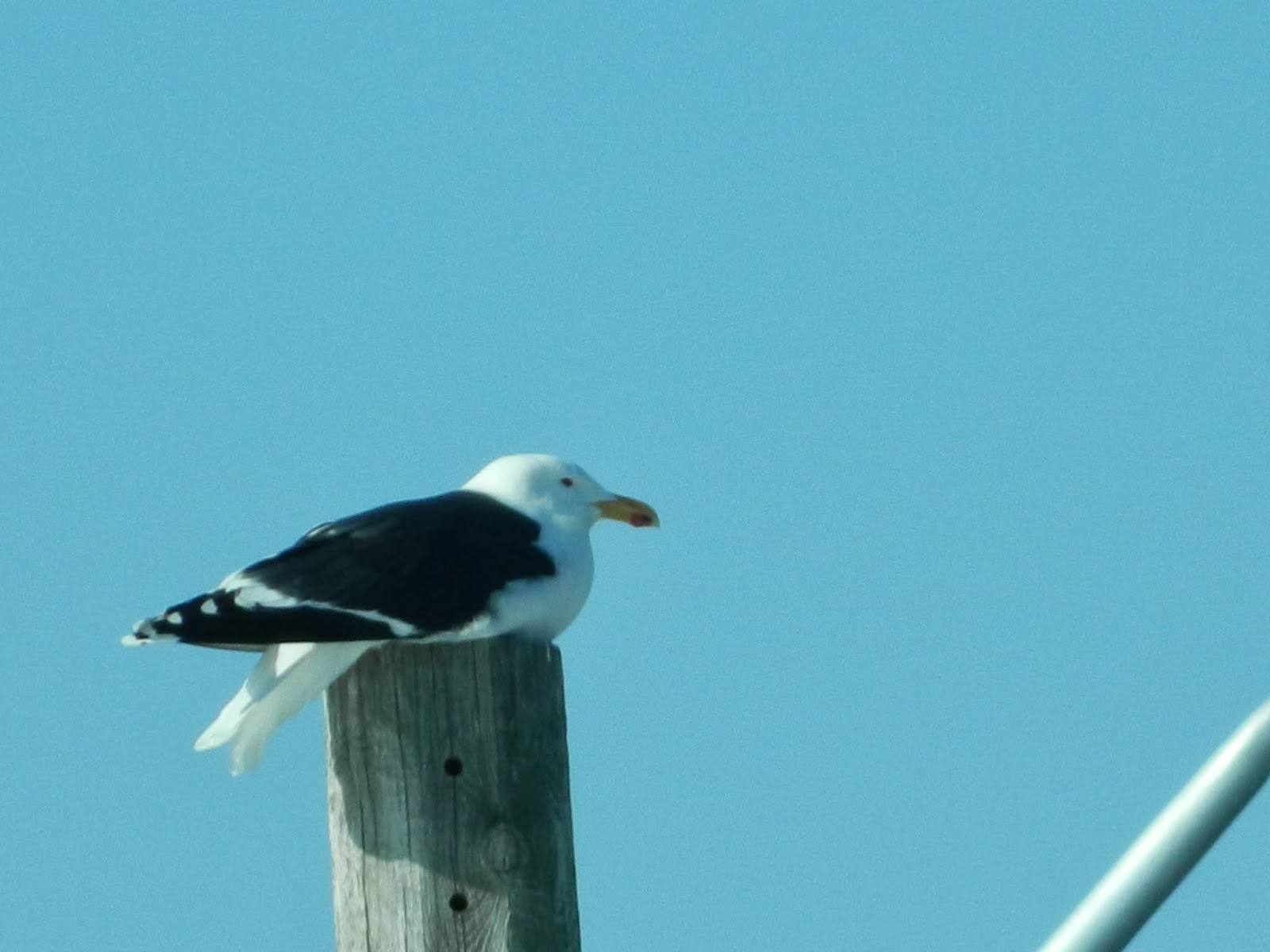 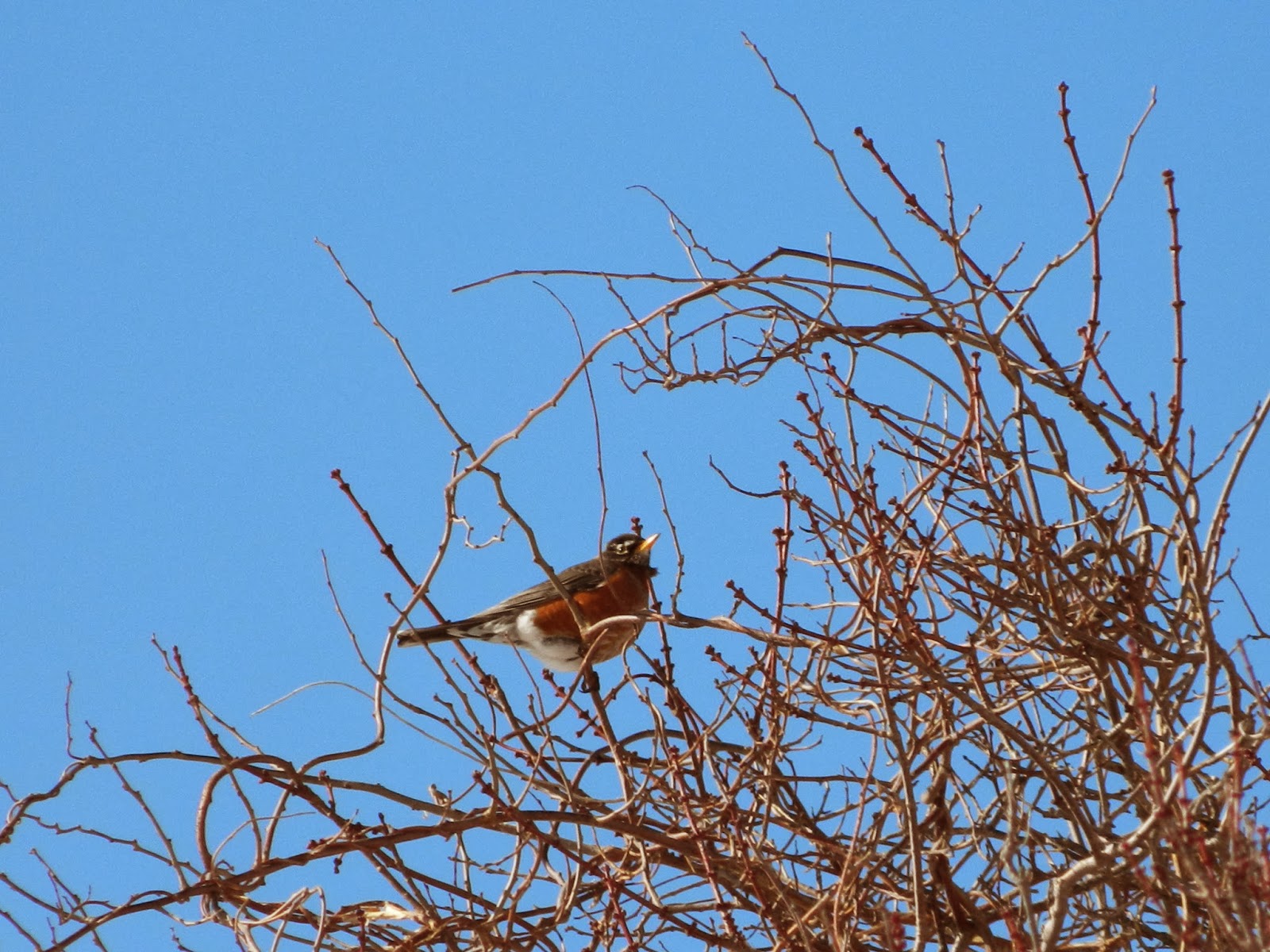 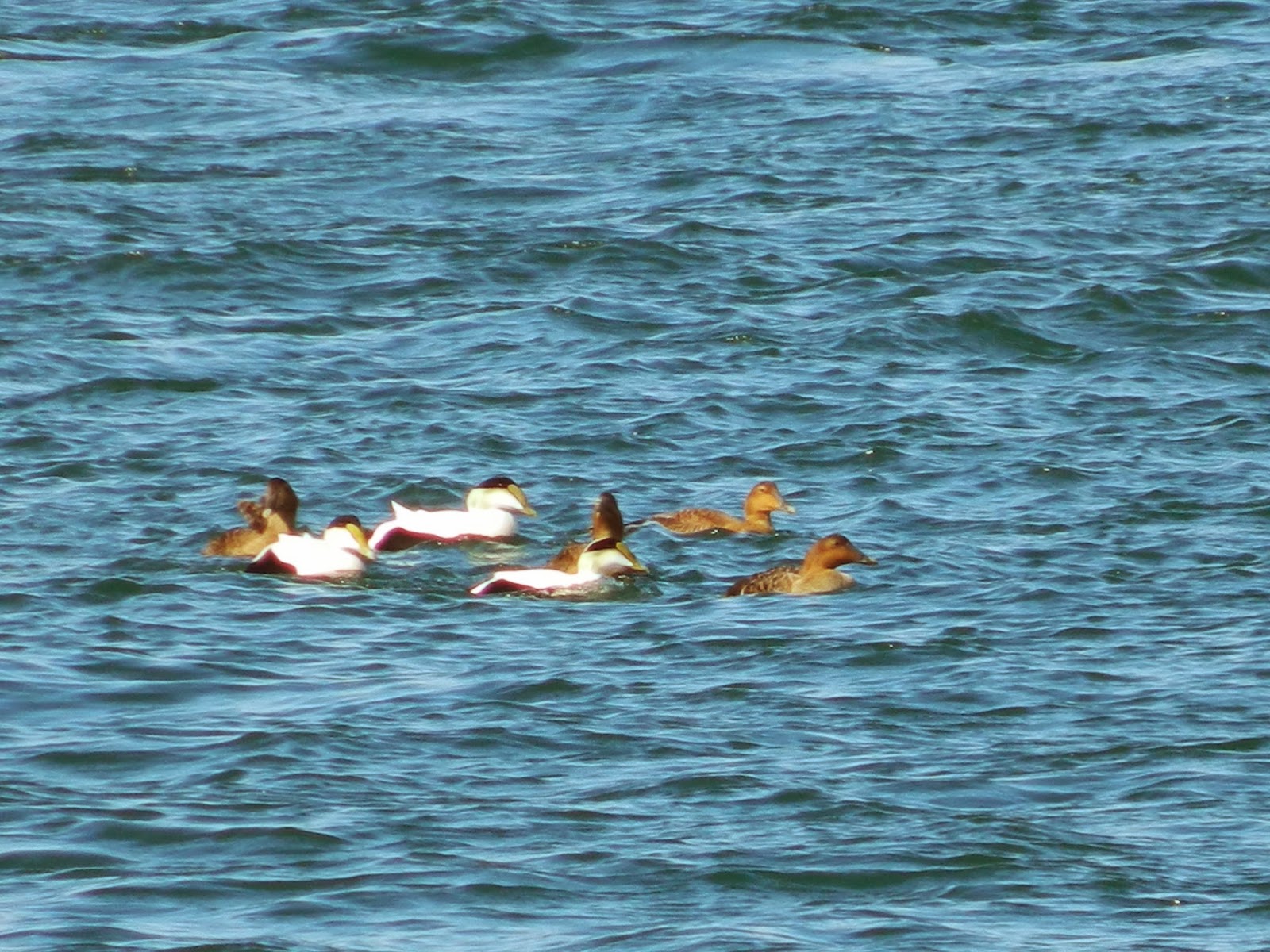 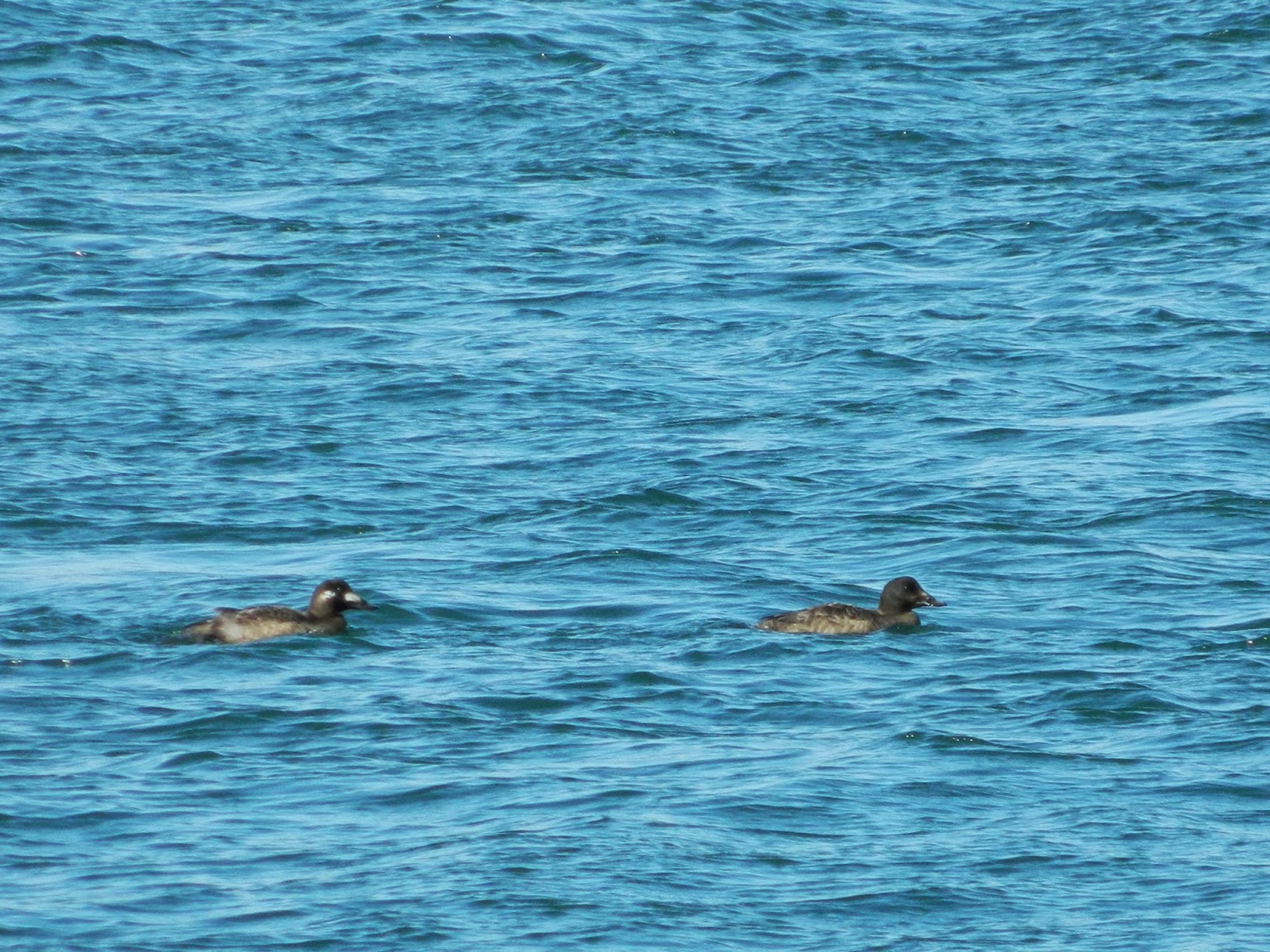 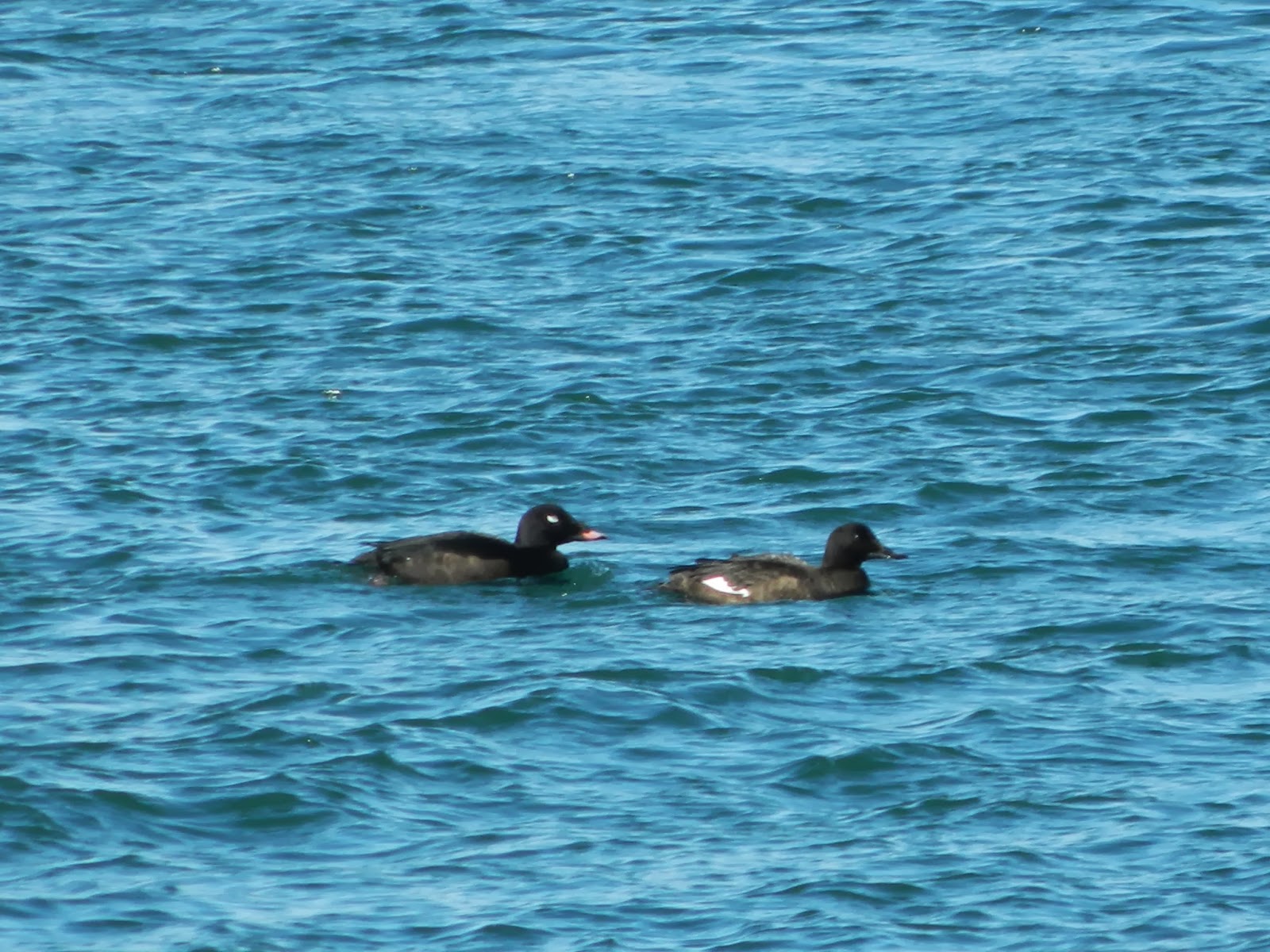 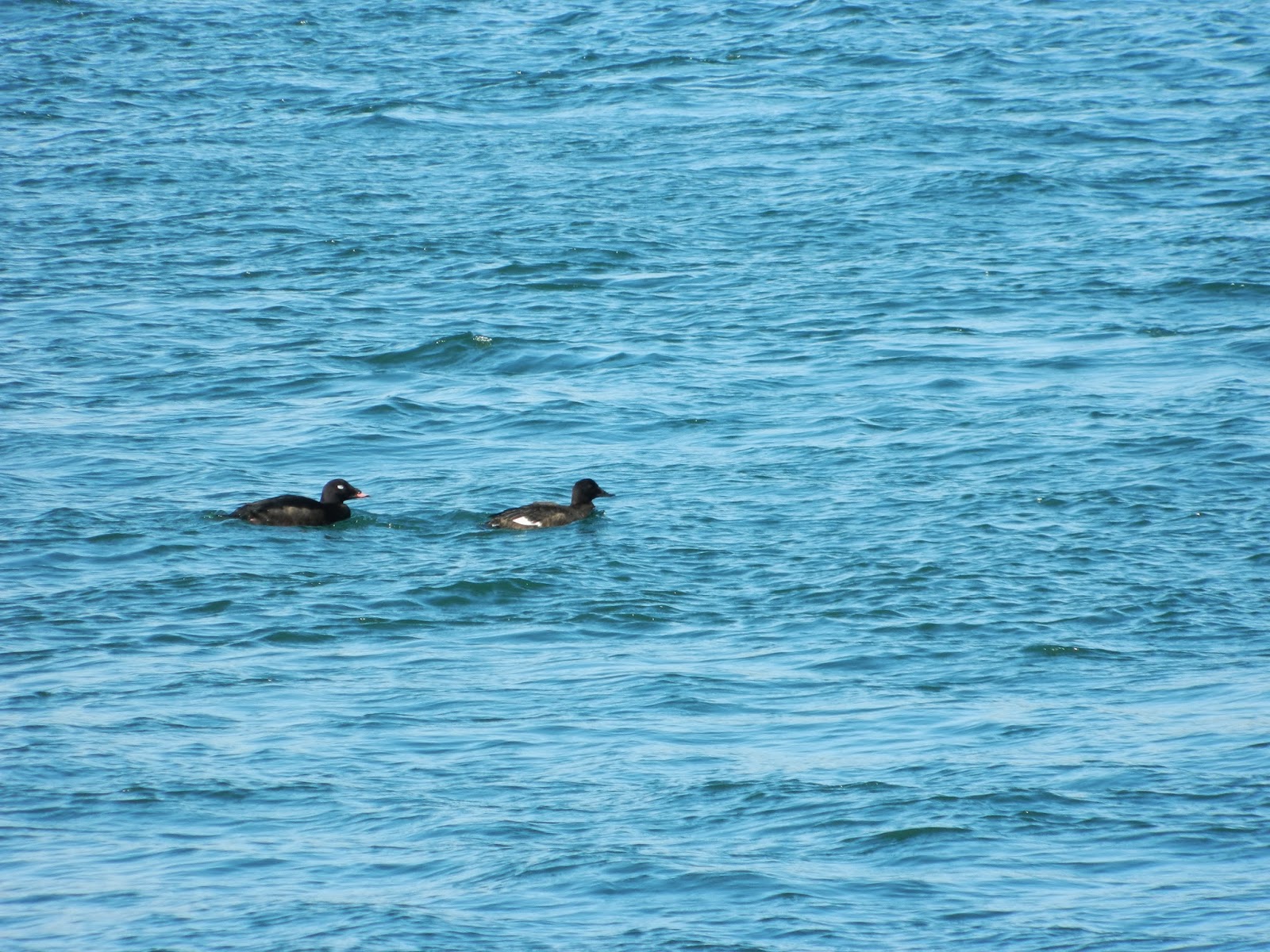 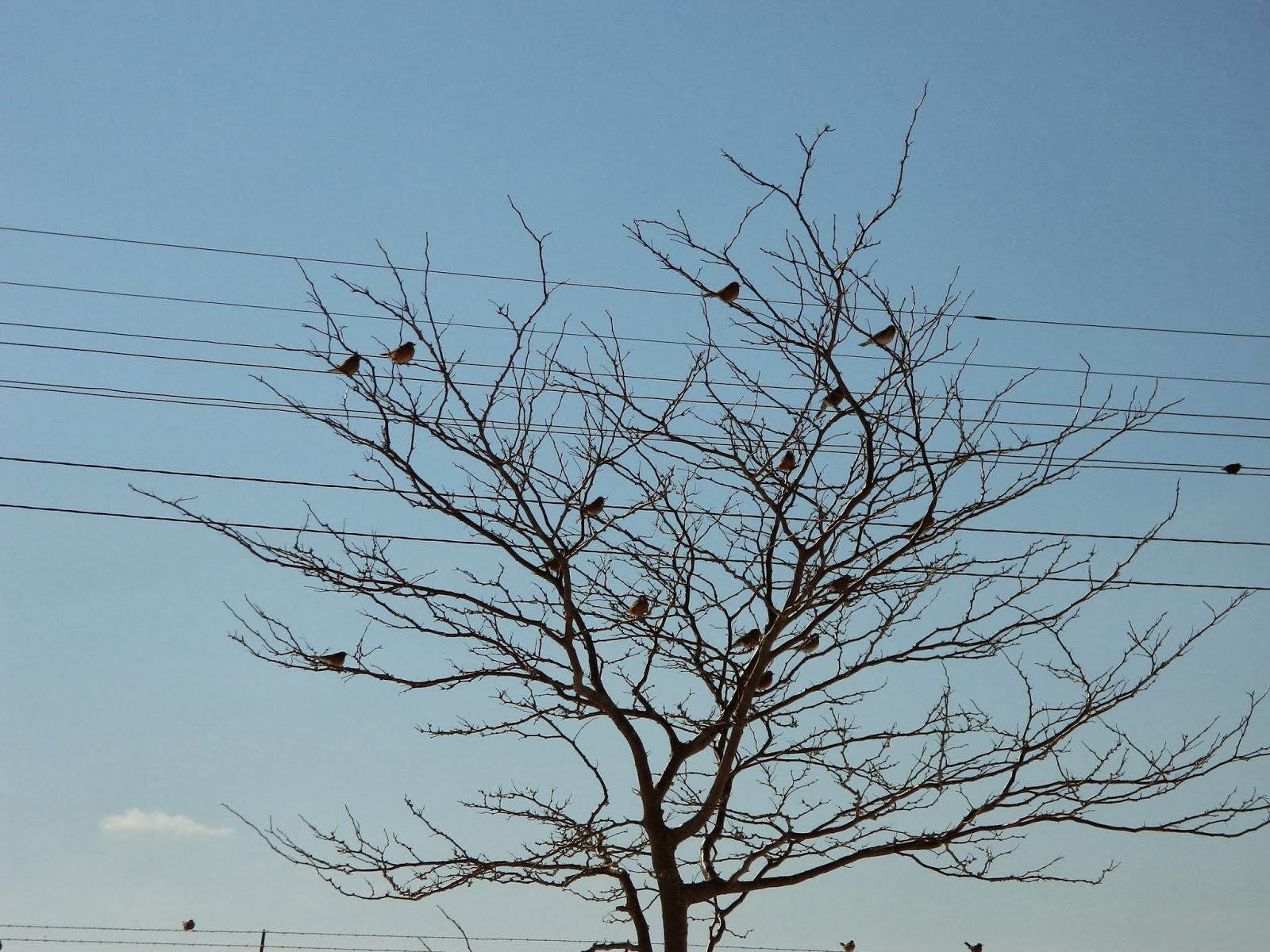 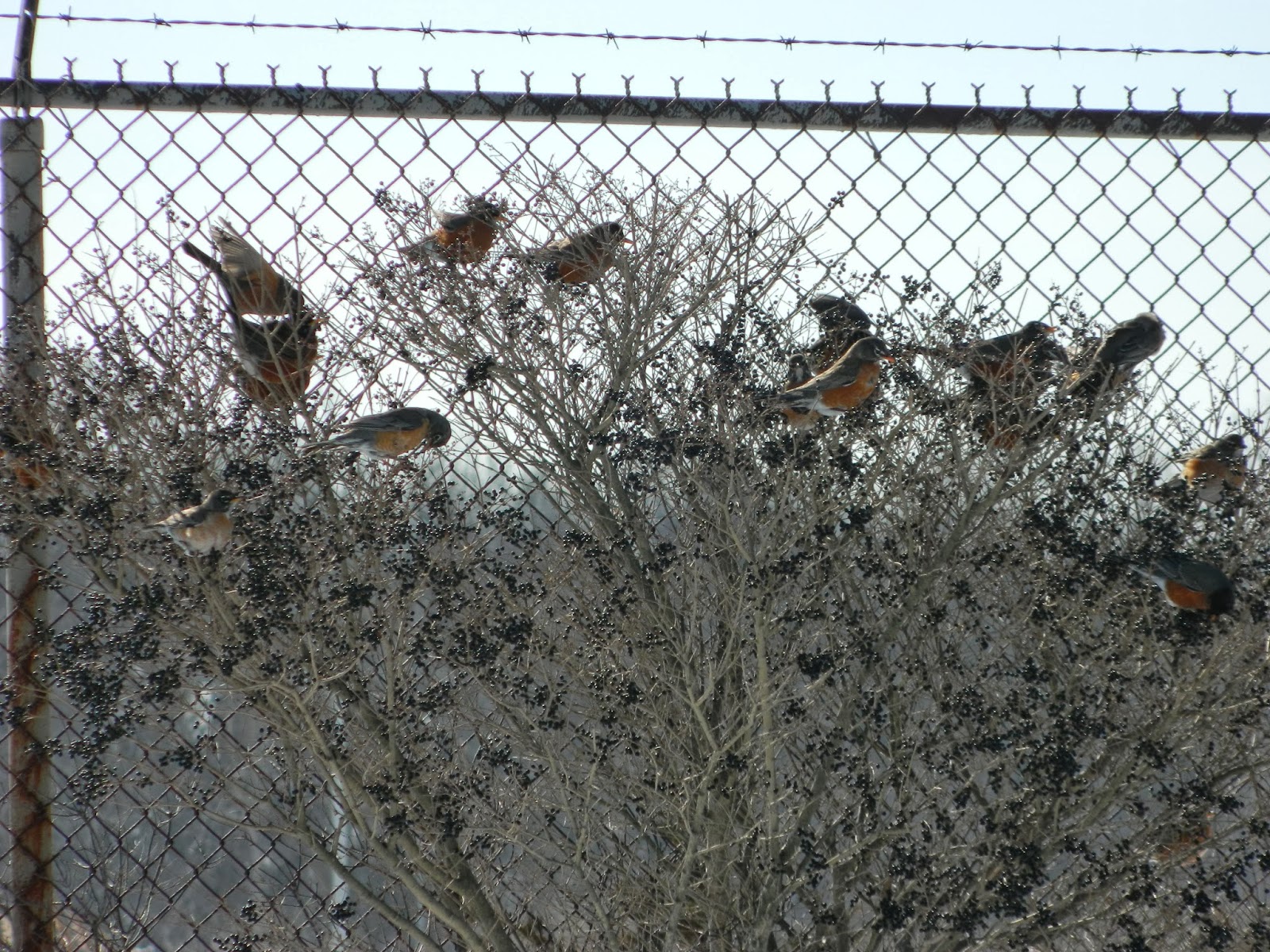 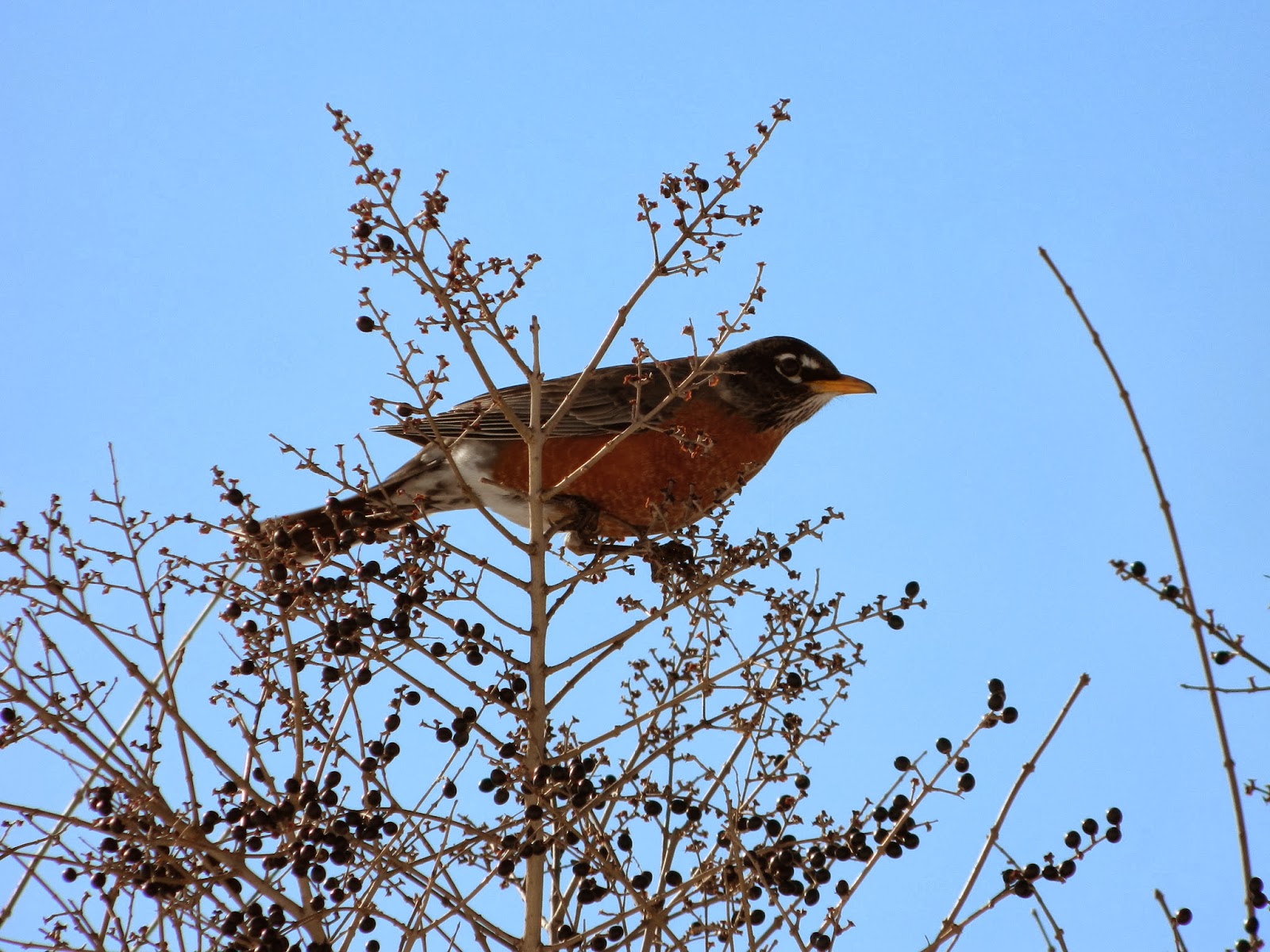 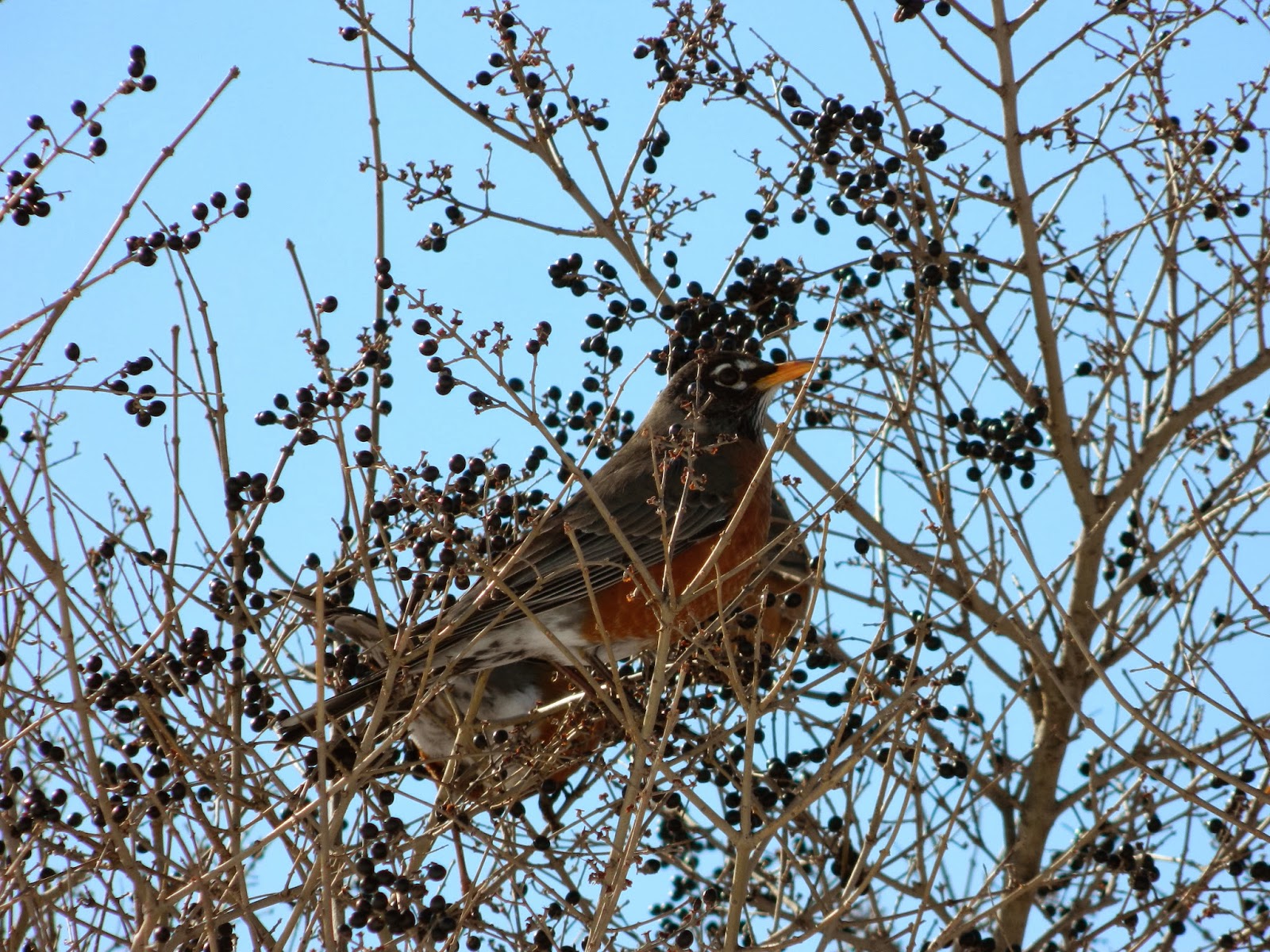 Then we headed to the Sandwich Boardwalk for a look-see over there... 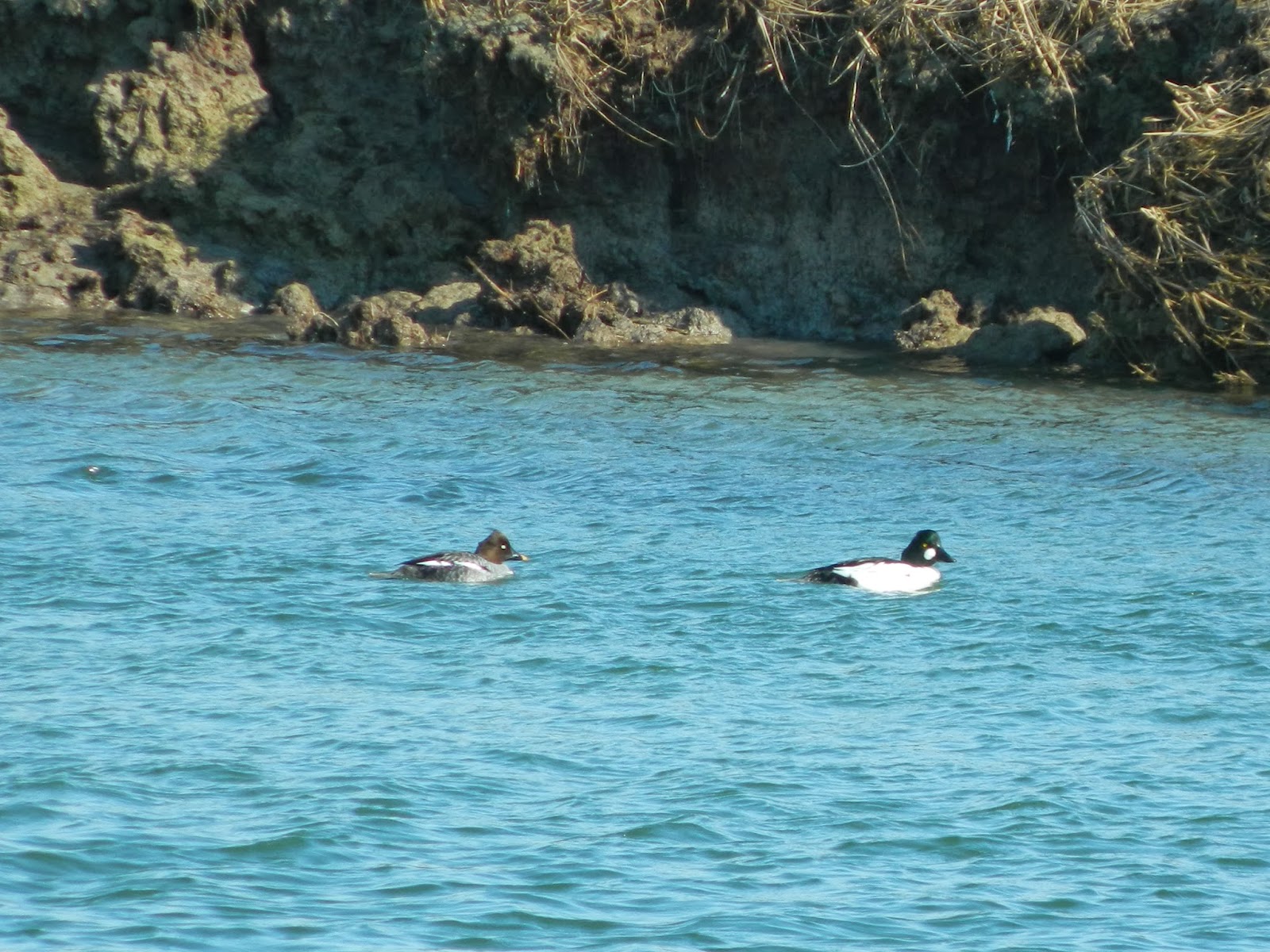 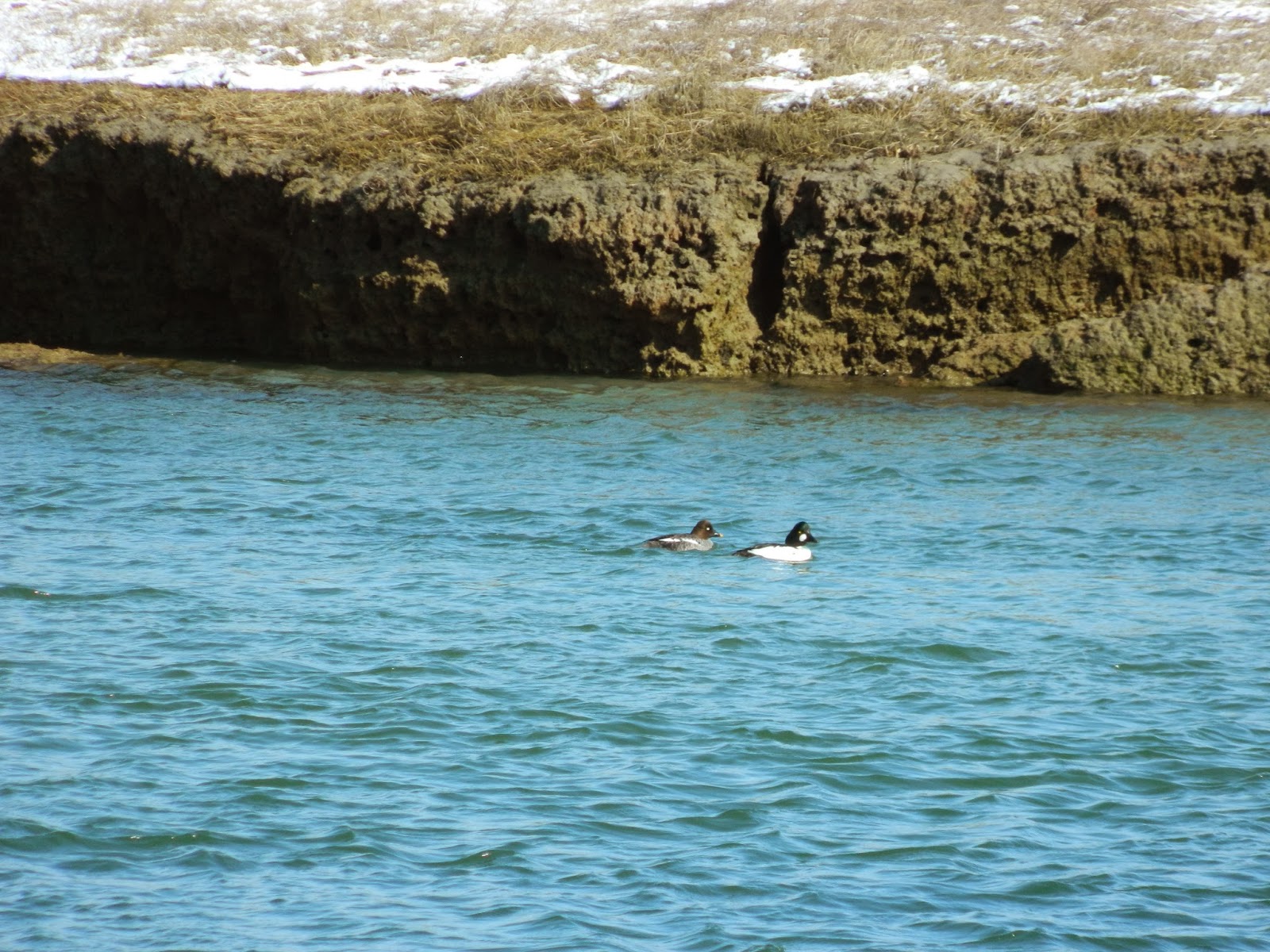 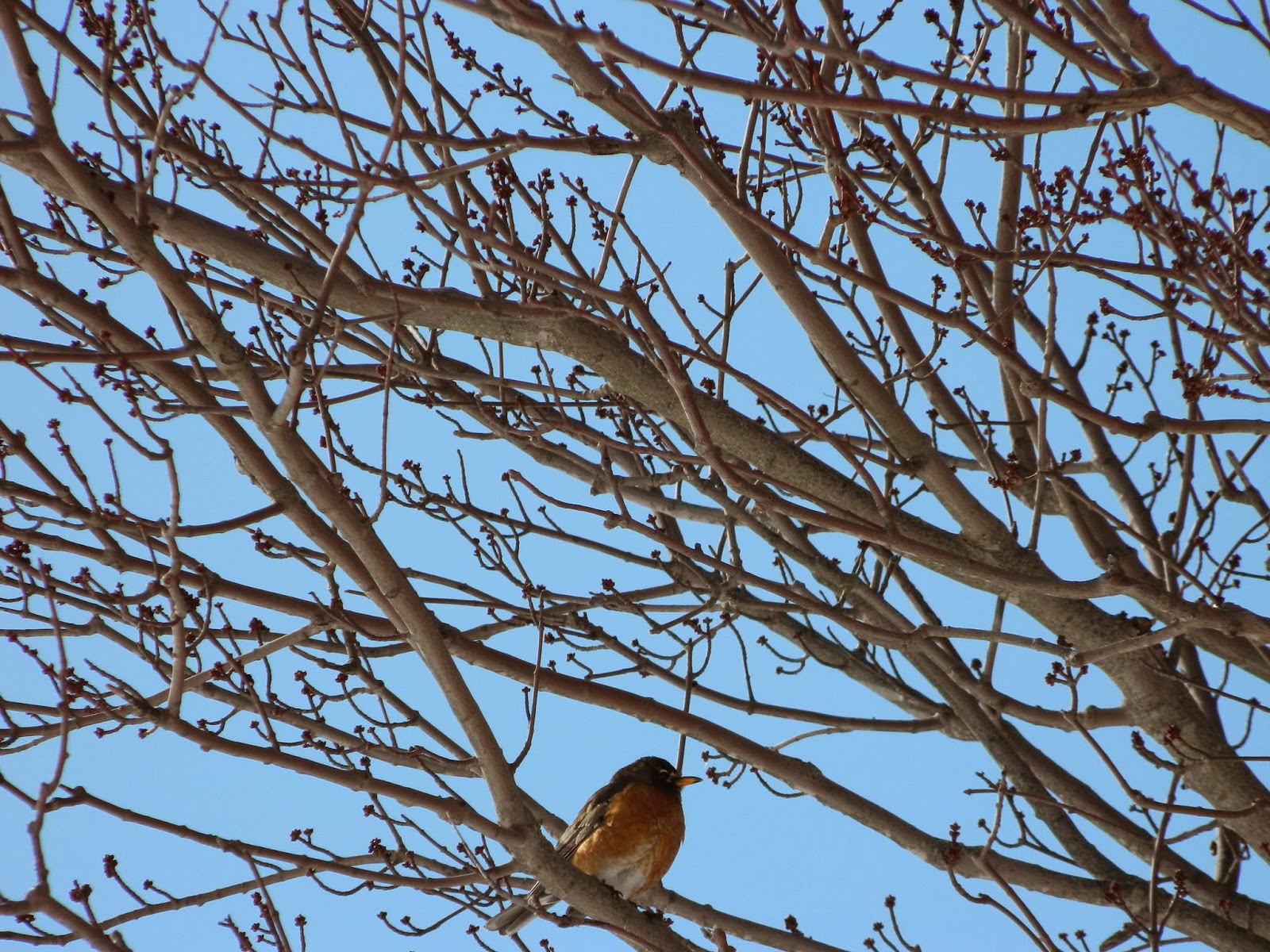 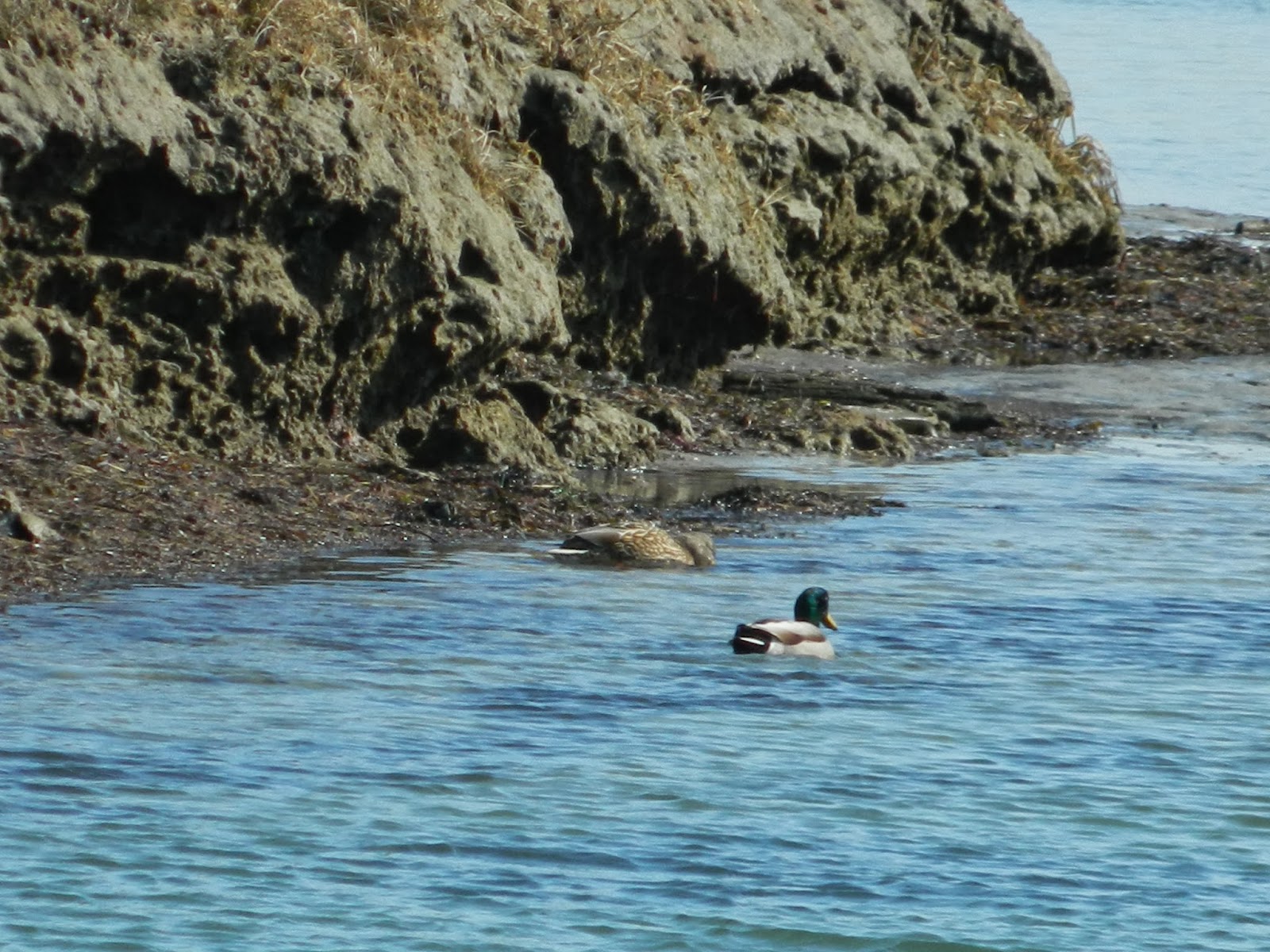 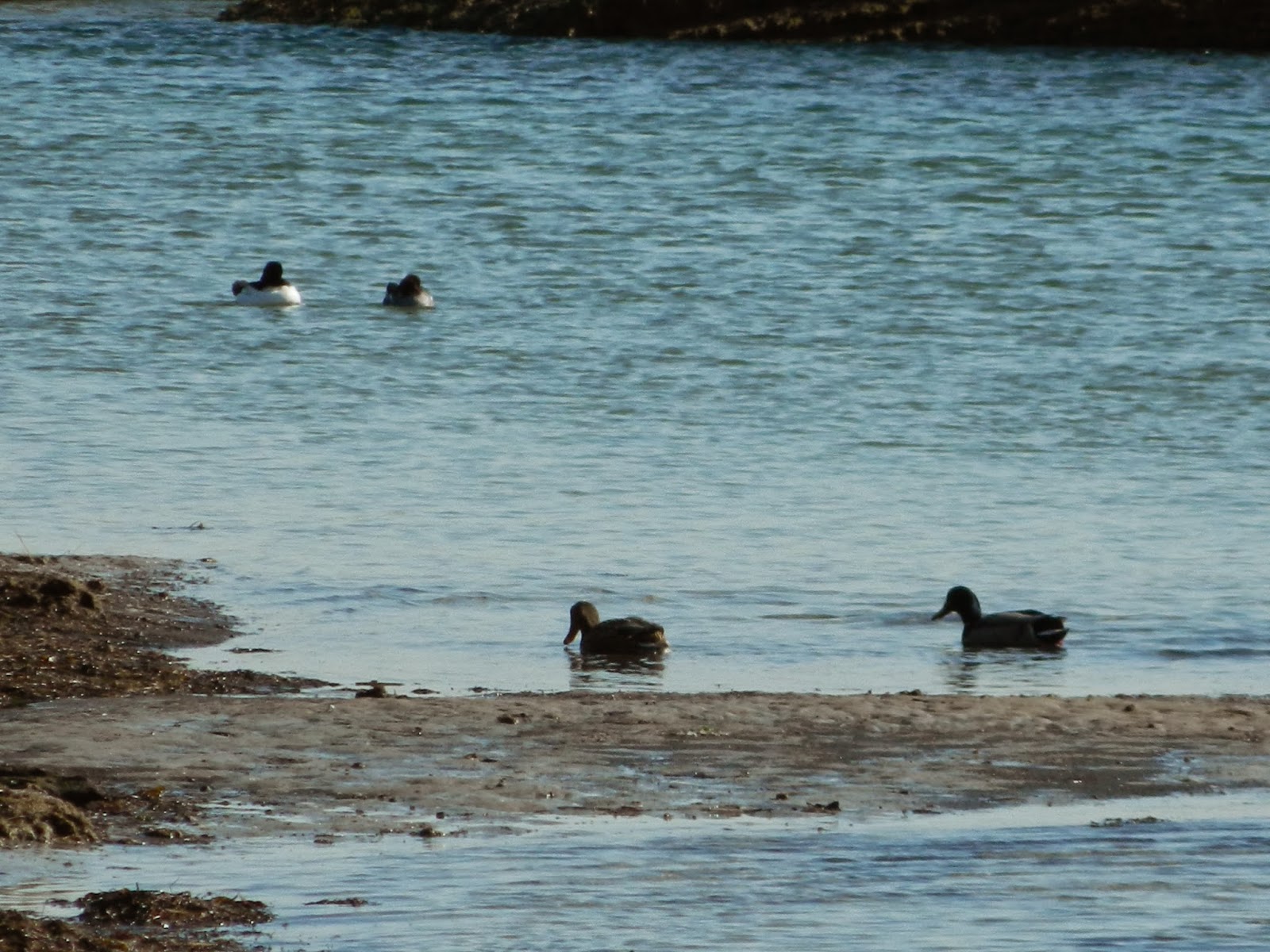 Common Goldeneyes in distance & Mallards closer
Next opportunity for a bird walk will be on Tuesday 2/25 for Tuesday Tweets at 9:30am at the Cape Cod Museum of Natural History - Brewster MA
Happy Birding 'til then!