So for the first half of this school year, I have my enrichment class on Friday afternoons.. the LAST CLASS OF THE WEEK!  It was a pretty chilly afternoon, and I was hesitant to get these kids outside, expecting that they might be unprepared for the cold breezy afternoon.  I knew there was NO WAY I could get them to stay still, and who wouldn't rather be outside?  So that's what we did.   I wanted them to play what I call Toxic Tag.  I know, sounds awful.  This game is a physical demonstration of bioaccumulation.  I discussed the history of DDT and its adverse affects on several species of birds, Osprey and Bald Eagles and American Robins in particular.  Thankfully DDT is no longer in use and the populations of these beautiful animals are protected in several ways.  So back to Toxic Tag.  I had seven students on this day, and I let them randomly select whether they were to be 'predator' (only one) or 'prey'.   Once the 'predator' was chosen, a Great Horned Owl, we sent her off to survey her habitat, she ran off and the 'prey' were given their food tokens.  Some of the tokens represented toxins.  GAME ON... the 'predator' had to keep 'eating' and tagging her 'prey' so that she could survive, but... if she 'ate' (tagged) her 'prey' and they were full of toxins, the Great Horned Owl 'died'.  Thanks to our teacher's assistant, we have some fun photos of Toxic Tag - enjoy below (double-click photos to enlarge)

bioaccumulation:  The accumulation of a substance, such as a toxic chemical, in various tissues of a living organism. 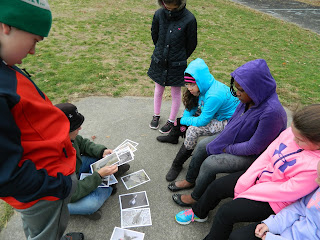 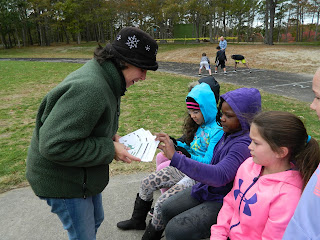 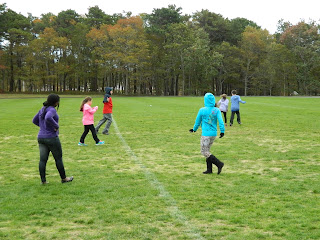 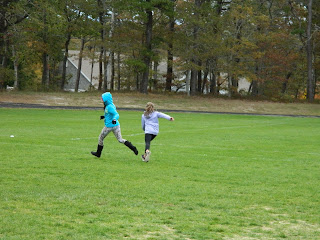 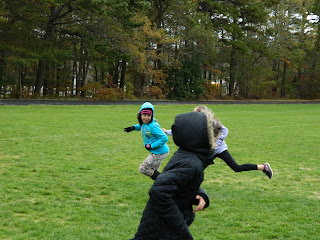 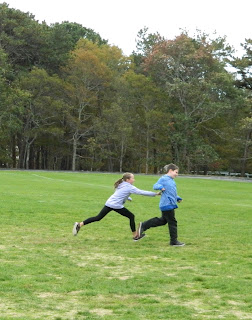 'Predator' tagging out her 'prey' 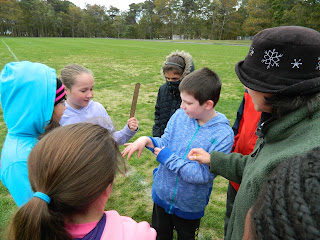 The next 'predator' is chosen 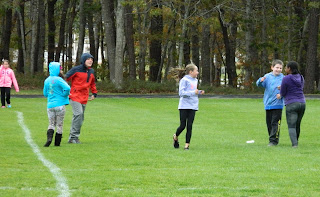 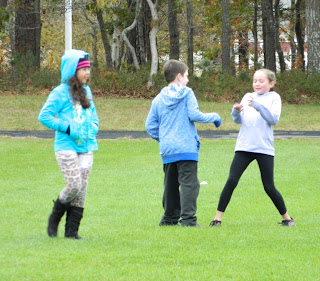 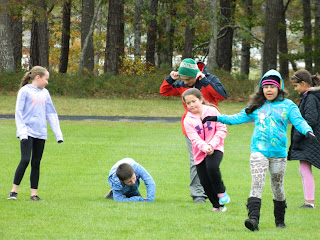 The 'predator dying' from ingesting too many toxins 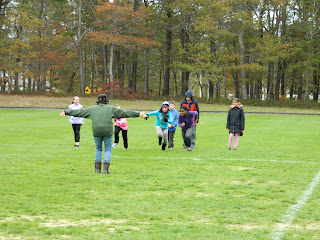 Racing to choose the next 'predator' 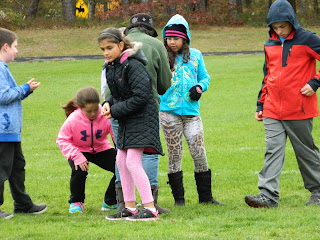 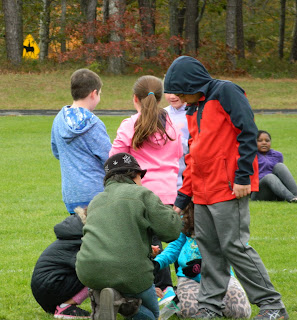 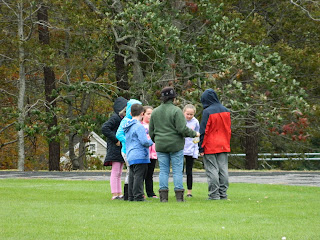 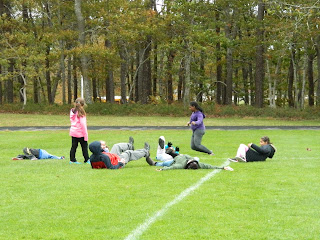 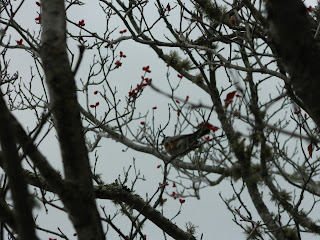 On the way back to school to catch rides home... we spotted this American Robin female! 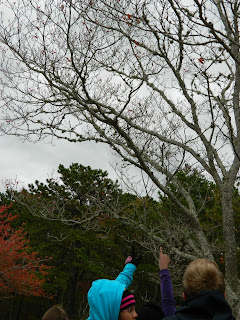 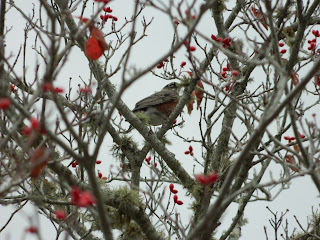