Rain typically cancels Tuesday Tweets... but it was lightly raining and the bird enthusiasts who decided to come were anxious to get on the trail, rain or no rain... so we did!  The forest gave enough of a canopy for rain protection, although we had a slightly quiet walk, bird-wise.  Heavier rains were in the forecast for later and the following day so perhaps the birds were laying low and finding shelter.  The photos are all from the trail.  The brief glimpses of birds that we encountered were not long enough for me to get photos, but one of the Tuesday Tweeters, who had a MUCH fancier camera than mine, said he would send me photos.  (double click on photos to enlarge) 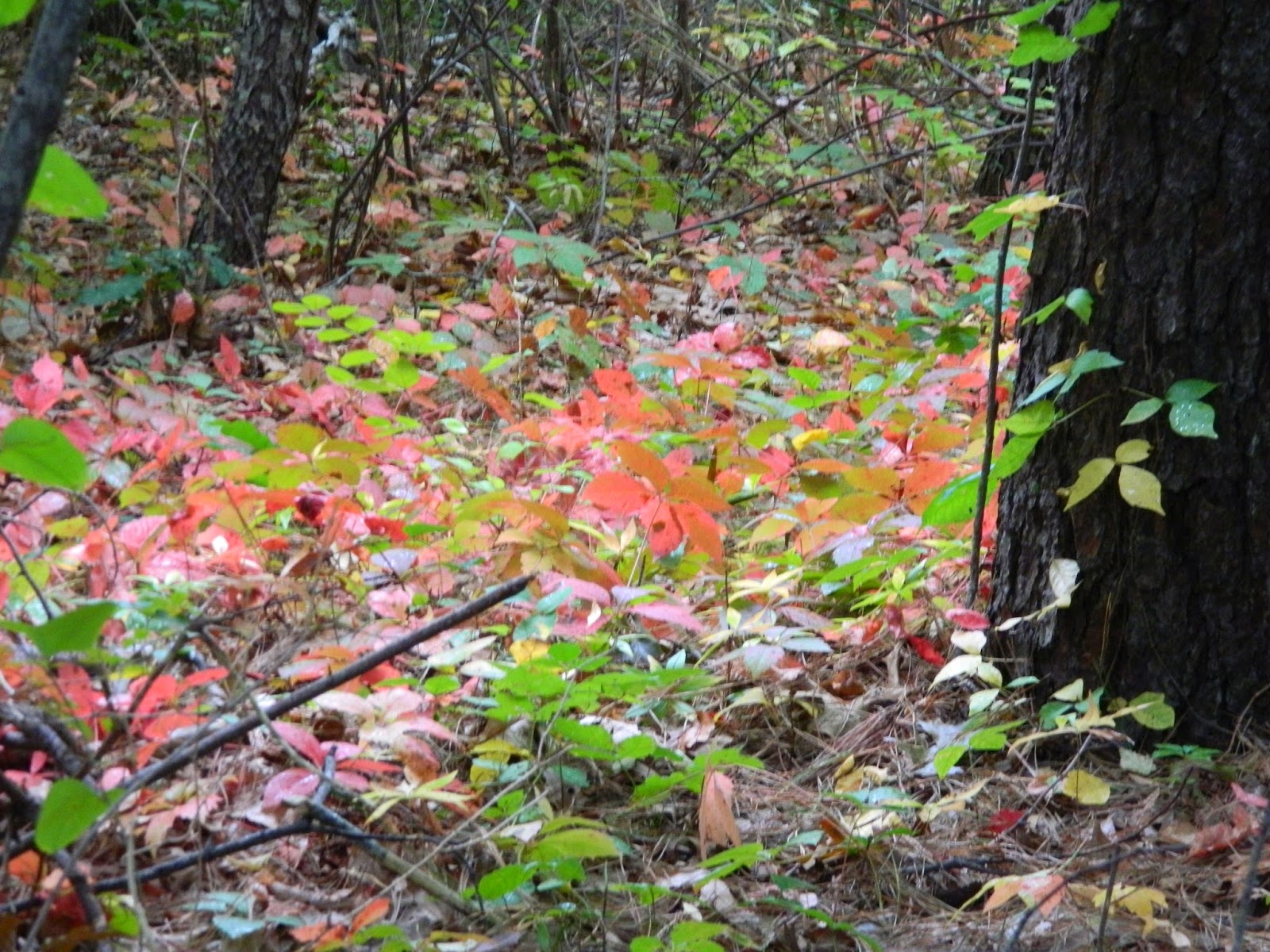 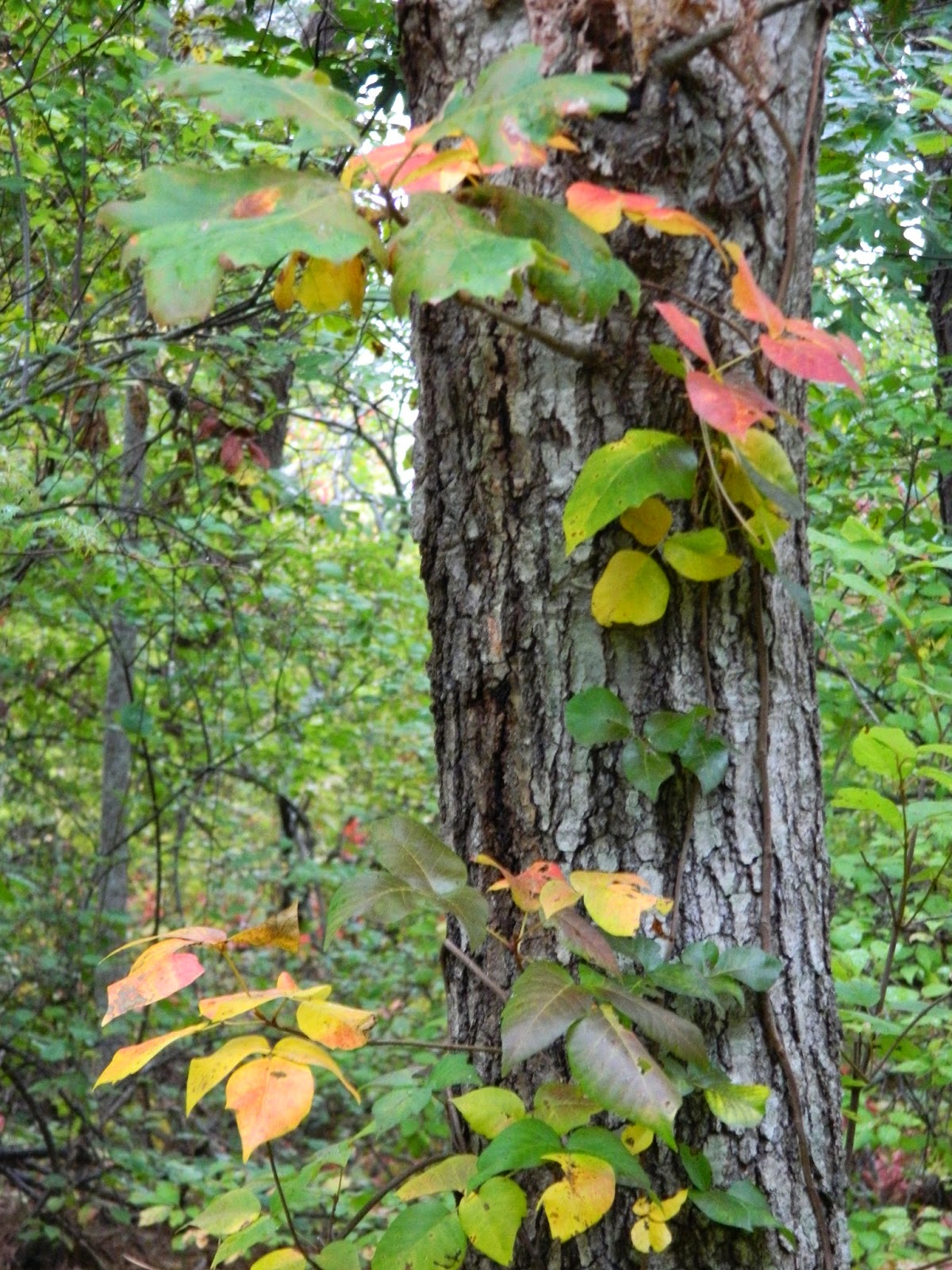 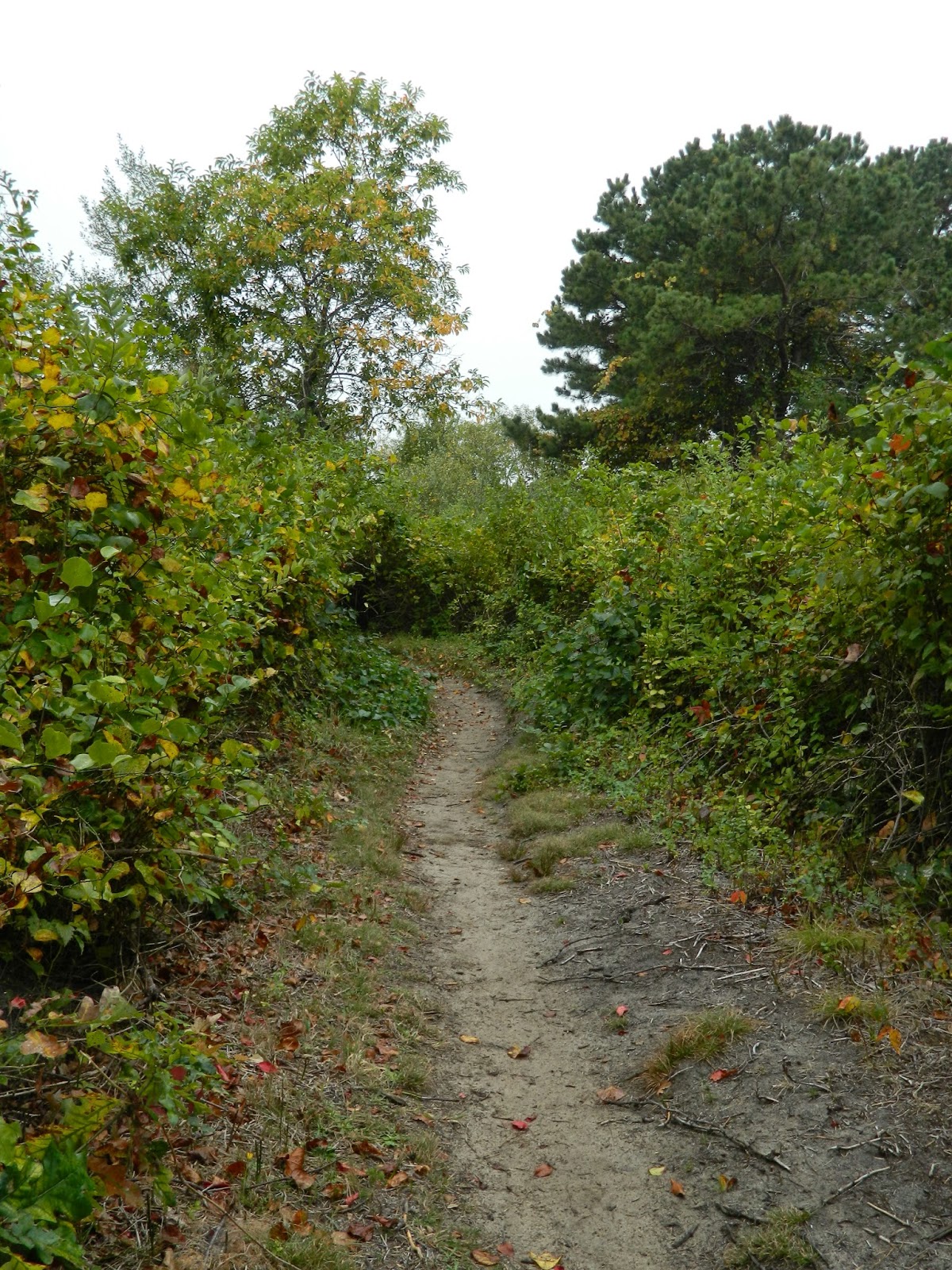 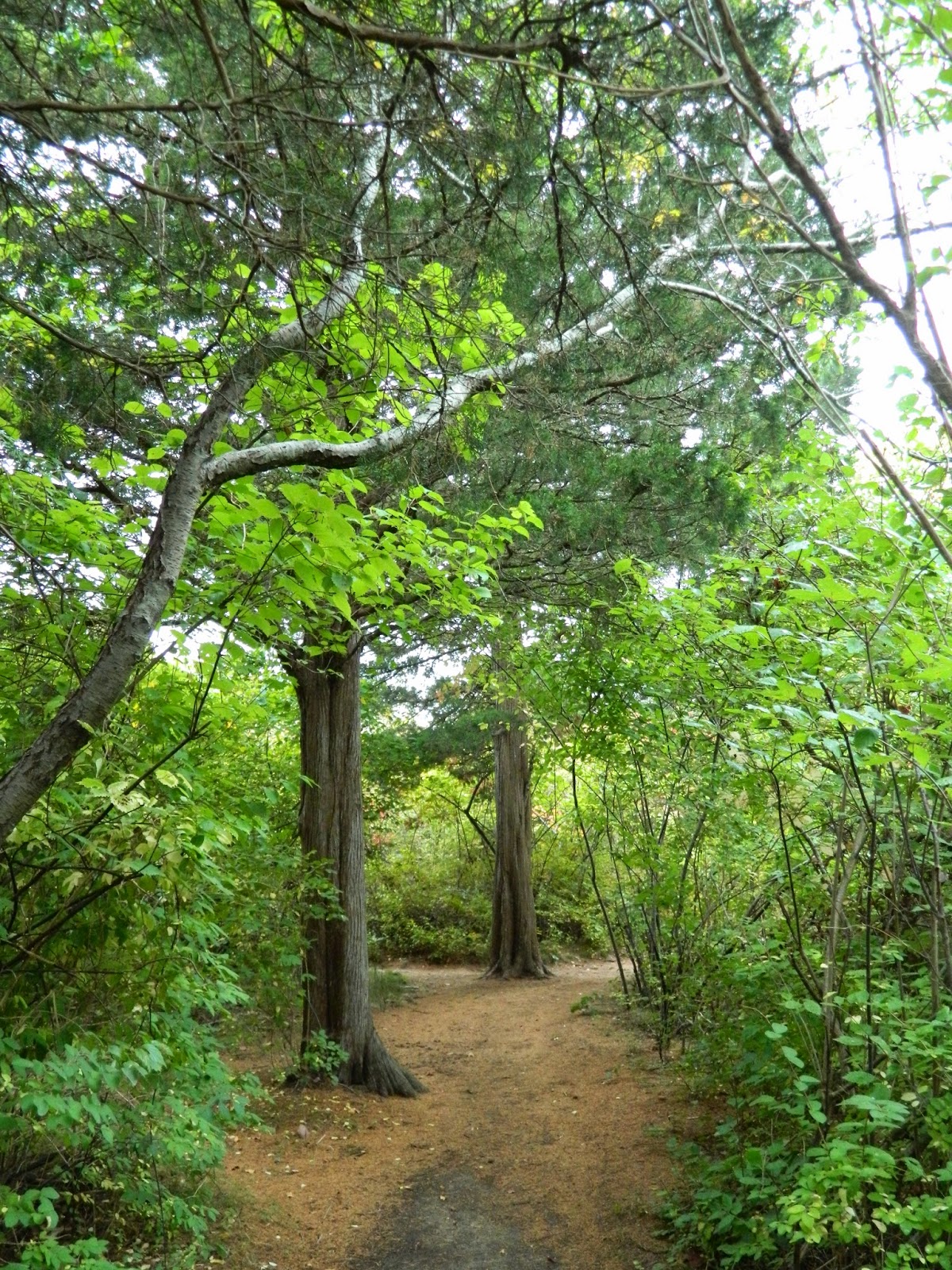 Cedar trees on the trail 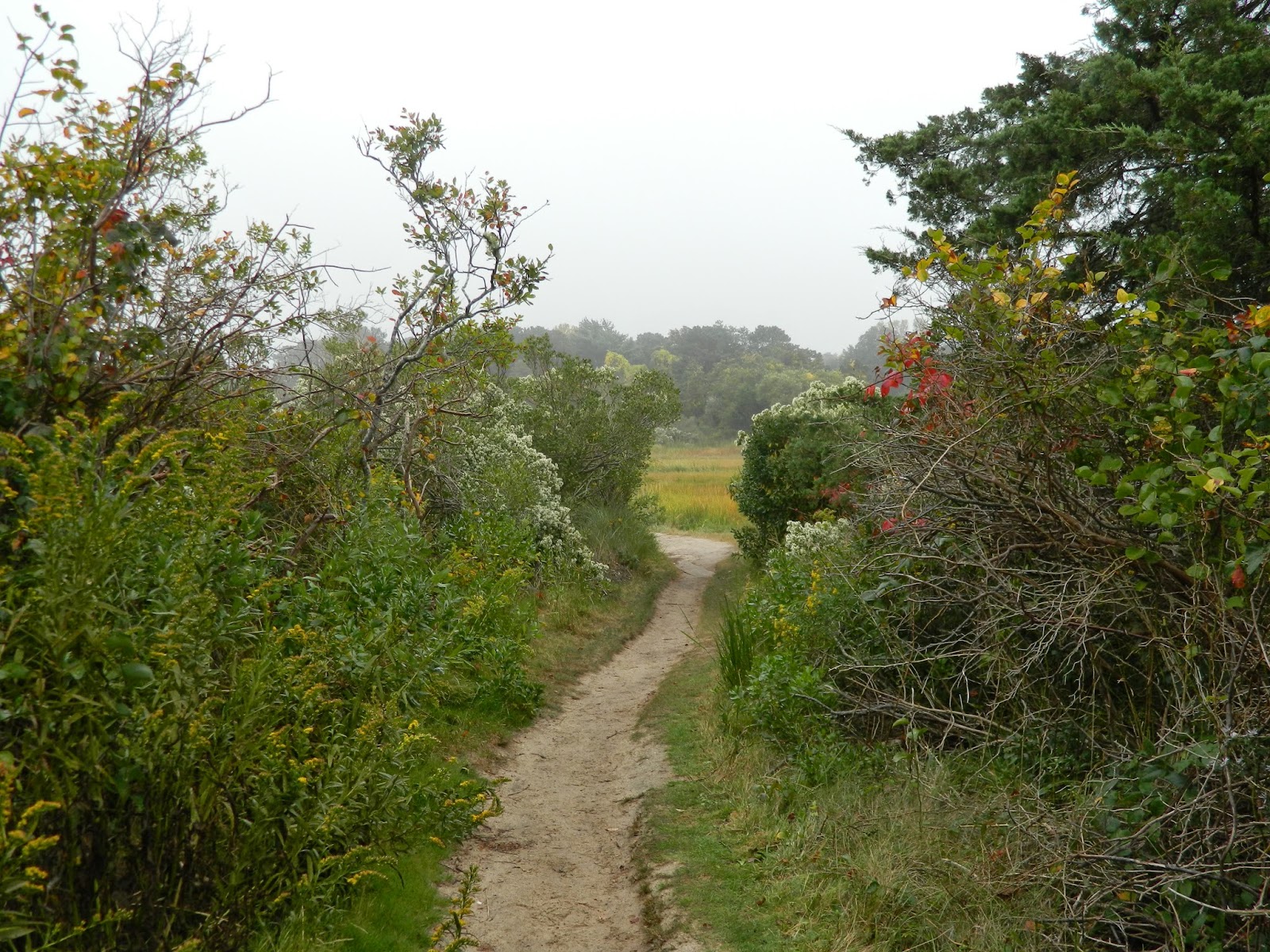 Looking southward over the marsh
Next opportunity for Tuesday Tweets: 10.14.14 $2Members/$4Non-members
Happy Birding!
Posted by cape cod bird nerd at 9:30 AM